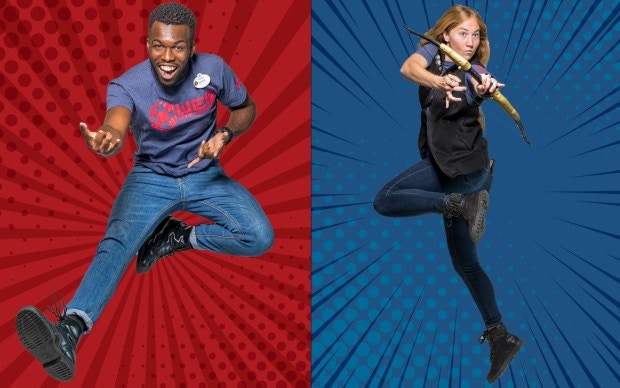 Cast Members Had to Break Into Interviews, Submit Resumes as S.H.I.E.L.D. Agents, and Develop Character Backstories to Get Jobs in MARVEL Avengers Campus at Disney California Adventure

Cast Members looking to apply for a job at the upcoming new Avengers Campus in Disney California Adventure will need to think outside the box––and more like a superhero in order to score a position there.

According to a new fascinating new piece by the OC Register, as opposed to the usual application and interview process, Disneyland is testing prospective Cast Members by measuring their knowledge and passion for comic books, as well as seeing how adept they are at storytelling and role playing in order to best fit the all-new immersive land.

Similarly to the Cast Member “Batuuans” across Star Wars: Galaxy’s Edge, these Cast will have their own set of aliases and code names, like Lockjaw, Low Bar, Vortex and Speckled Bull.

The first phase of the land is set to include a Spider-Man attraction, plus an adjacent W.E.B. Industries building (complete with a “Stunttronics” Spider-Man), an Ant-Man and the Wasp restaurant and microbrewery, and a Doctor Strange show. Phase Two, which is to include the confirmed Avengers E-ticket attraction that was announced during this year’s D23 Expo, is still a few years away. However, with the land opening this summer, ride testing on the upcoming Spider-Man attraction began in October. Testing is performed by a 35-member test-and-adjust team that works alongside Walt Disney Imagineering to prepare attractions for opening day crowds. 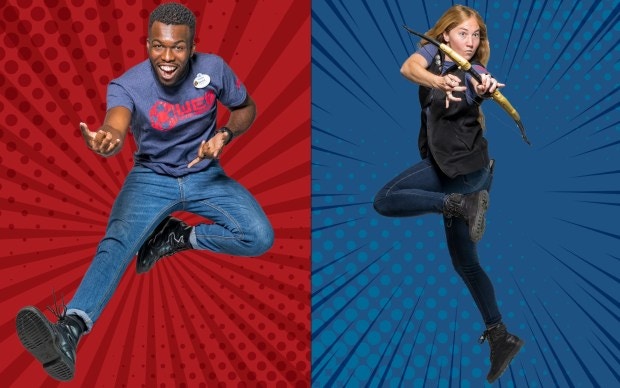 In order to select the right team members, Disney had to break the typical hiring process to screen for Cast Members that would excel in storytelling roles:

“We wanted to break that formula so that we can get the best of the cast and really showcase what is special about them,” said Disneyland project manager Michelle Sico, who helped develop the Avengers Campus application and interview process. “We typically get a lot of the same thing over and over because of this formula that we’ve put together for recruiting people. We thought maybe if we make this more fun and we make this more story-driven, then maybe we’ll see more character in the résumés and interviews. I think we were successful in that.”

Instead of traditional resumes, prospective team members had to submit Marvel-themed resumes:

“For Star Wars: Galaxy’s Edge we received hundreds of résumés and they all looked exactly the same,” said Sico, 34, of Fullerton. “So for this one, we really pushed them to show us how they were different. We received some unbelievable résumés.”

Among the applicants, Karli Bull created a résumé that looked like a dossier for an agent of S.H.I.E.L.D., the Marvel worldwide law-enforcement organization. It was even stamped “Top Secret: Classified”, and included details about her secret identity and super powers.

After the initial resume screening process, even the in-person interviews had a storytelling element to it, according to the Register:

Job candidates arriving for interviews were brought into a briefing room where they received details on the secret mission they were being considered for. The job candidates were instructed to only address each other by their code names. The first assignment: Dream up a superhero identity for yourself and create a backstory for your character.

The Avengers Campus job candidates were instructed to work together to solve a series of Marvel-themed puzzles that would reveal a key code to unlock the interview room door. How many Infinity Stones do you see? Count the number of Avengers A’s you can find. The clues helped solve the riddles and unlock the room.

Once applicants successfully broke into the interview room, they were welcomed with a slew of comic books, action figures, movie posters, and other Avengers memorabilia.

Interview questions included quiz-like questions on superheroes like Captain America, Iron Man, Spider-Man, and more. Some of these questions were more along the lines of personality meters to reveal facets of each candidate’s identity, as opposed to gauging sheer comic book knowledge, but they are looking for team members with an emotional connection and higher-level interest in MARVEL.

Once the land opens, these Avengers Campus Cast Members will help guests live out their very own superhero adventures as they travel throughout the land, keeping with the immersion.

If you’ve been following our exclusive coverage of Avengers Campus, we’ve also given an in-depth look at the W.E.B. Suppliers shop, as well as a full map and layout of the entire land.

You can check out the latest construction on the Avengers Campus here, as well as an aerial overview of construction here.