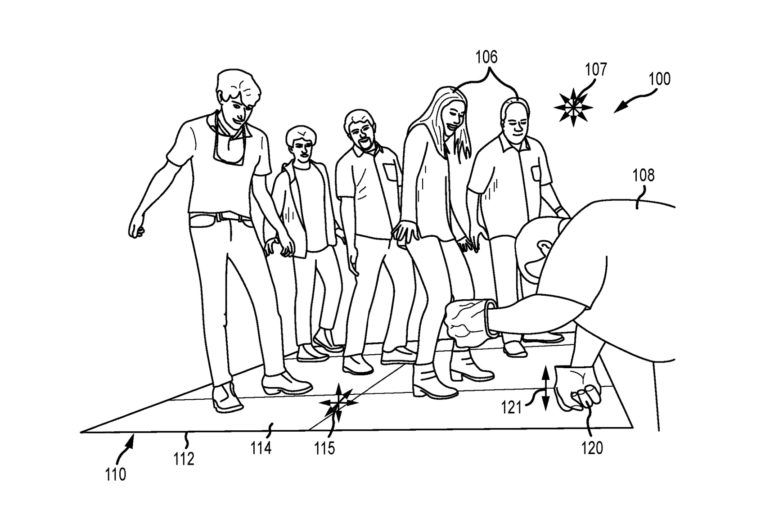 It’s patent application time once again! A recent filing shows that Disney is developing technology that could be used to simulate vibrating ground effects. Of course, this technology could be for any upcoming ride or attraction, but what stuck out the most was this description, “when a super strong fictional character strikes the floor nearby,” accompanied by this photo: 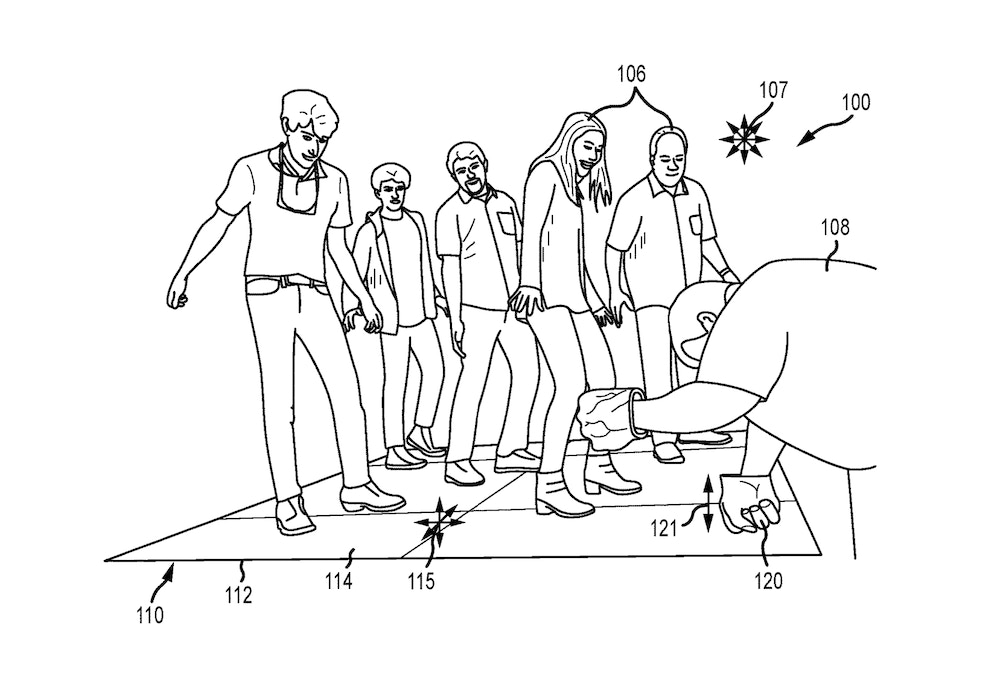 That person striking the floor sure looks like he is wearing the novelty Hulk fists found at any Target or Walmart store. This, of course, means that this technology could be used in a variety of settings, but most interestingly it could be used to simulate a world where the Hulk is real.

A haptic floor system is provided that produces large vibration-based effects through the use of one-to-many panel or plate assemblies that can each be selectively operated by a controller in a programmed manner or in response to sensor outputs. Each of these panel or plate assemblies may be labeled a “quake plate assembly” as the special effect delivered by the haptic floor system can provide a person supported by one of the quake plate assemblies with ground trembling and vibrations similar to that felt in an earthquake or when a super strong fictional character strikes the floor nearby or a large animal or robot walks or runs by the person. Each quake plate assembly may include a thin plate or panel with an upper contact surface for supporting people or objects and an opposite lower surface, and one-to-many actuators may be provided on the lower surface of the thin plate. 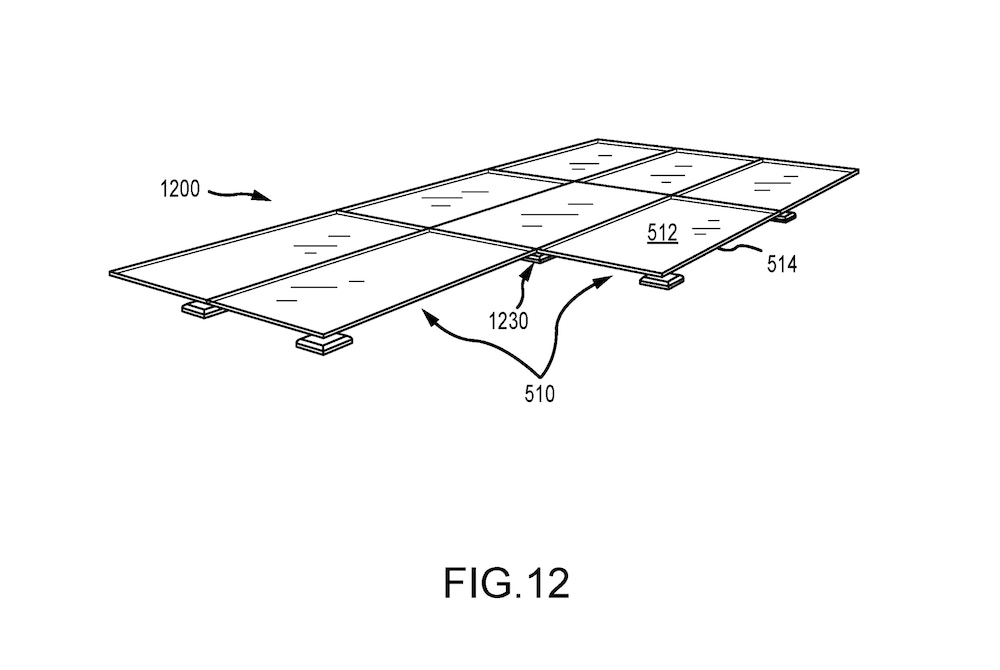 The technology behind this isn’t too crazy, simply put, a series of plates make up a floor for people to stand on. These plates are then attached to a series of motors and actuators underneath that vibrate or move the plates in such a way to mimic a variety of stimuli. 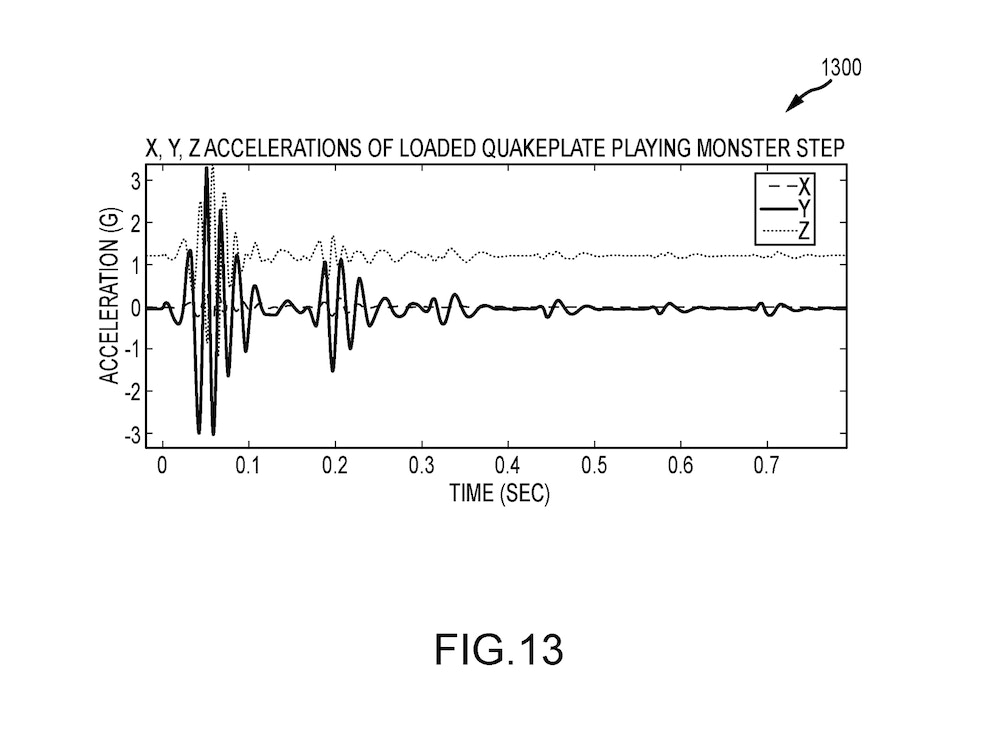 Mimicking an earthquake is not a novel concept, but the intended applications for this use stood out to us. Only time will tell if this will be used on a Hulk or Marvel-themed attraction at a Disney Park near you. It could also be for the upcoming Wreck-It Ralph attraction slated to take over the former Stitch’s Great Escape at the Magic Kingdom.

As with any patent, this may never come to fruition, but an application means the technology is at least being considered at Disney Parks.