Whether you’re a veteran vegan or an omnivore looking for something different to eat while at the Disney Parks, a recent vegan menu item expansion across Walt Disney World and Disneyland has helped everyone broaden their food horizons––even while at a theme park.

While the parks have featured a number of “meatless” brands over the years, like MorningStar Farms, Gardein, and Beyond, a new partnership will cement Impossible Foods as the “preferred” plant-based burger brand across Disney Parks and Disney Cruise Line.

According to CNN, the partnership is set to boost the brand to a household name, beyond that of their Burger King “Impossible Whopper” fame. “There’s a level of trust associated with Disney,” Dennis Woodside, president of Impossible Foods, told CNN Business. “If Disney put us on the menu, then people are more likely to try it.” 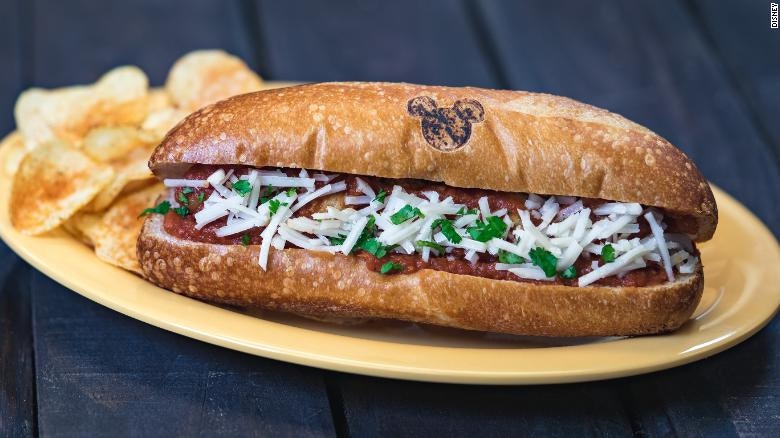 Impossible produces more than just burgers, and a variety of their products will be featured at Festivals across both coasts at the Disney Parks, like this Impossible meatball sub that will be offered at Paradise Garden Grill for the upcoming Disney California Adventure Food & Wine Festival. Other Festival offerings include Impossible Lettuce Cups (made with Impossible meat crumbles) at Ballast Point Brewery, and Impossible Cheeseburger Mac & Cheese (at the Nuts About Cheese Marketplace.)

Currently, you can find the Impossible Burger served at Tony’s Town Square Restaurant in the Magic Kingdom, plus a number of rotating other locations, like CityWorks at Disney Springs and The Hollywood Brown Derby in Disney’s Hollywood Studios. The Impossible Burger will also be available soon at Smokejumpers Grill in Disney California Adventure at Disneyland Resort, among other restaurants.

If you’re a fan of other brands, like Beyond, don’t worry, the partnership doesn’t necessarily mean that the Impossible Burger will be the only brand used at all Disney restaurants, as each chef has to approve the ingredient. But if you are a fan of Impossible, get ready to find the perfectly juicy plant-based meat alternative in more and more restaurants across the Happiest and Most Magical (Vegan) Places on Earth.