In Disney and Pixar’s original adventure, “Onward,” teenage elf brothers Ian and Barley Lightfoot embark on an extraordinary quest after being given the chance to spend one more day with their late father. And soon, they’ll be making another epic journey… to meet you! 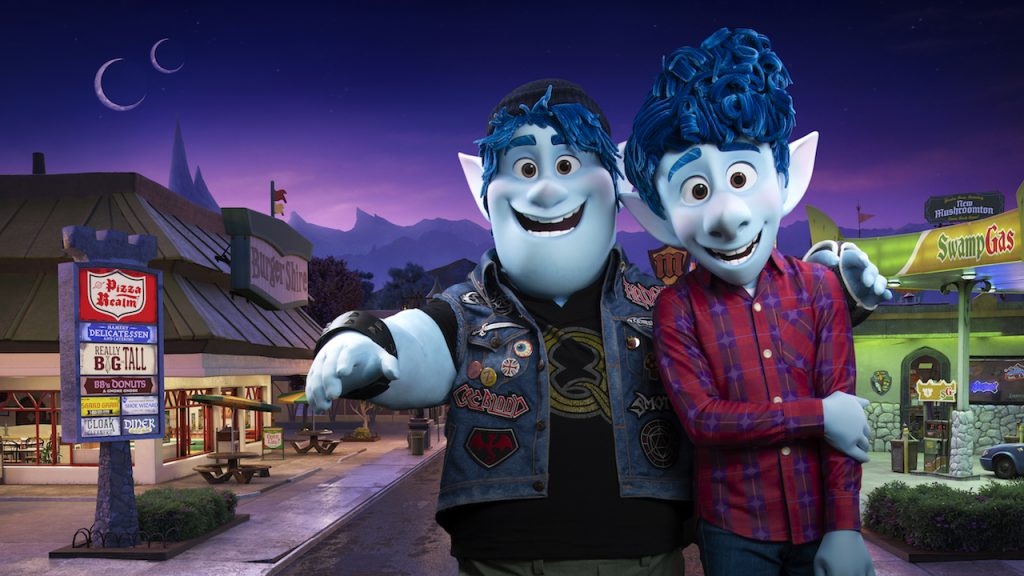 On March 5, Ian and Barley will make their Disney Parks debut as part of the Disneyland After Dark: Pixar Nite special event, and beginning the next day – the same day “Onward” hits theaters – you’ll be able to meet them daily at Pixar Pier at Disney California Adventure. Soon, the elf brothers will also make their way to Hong Kong Disneyland, to meet guests and then join in the fun with the return of the Pixar Water Play Street Party! (Do note that Hong Kong Disneyland is still closed due to the current Coronavirus outbreak in China.)

Set in a suburban fantasy world, “Onward” introduces us to Ian Lightfoot, a 16-year-old elf who yearns for the father he lost before he was born. Ian is sweet and determined with the best of intentions, but his lack of confidence and nervous energy trips him up more often than not. Ian is convinced that if only he had his father’s guidance, his life wouldn’t be so complicated and messy.

Ian’s older brother Barley Lightfoot is a big, boisterous 19-year-old elf who loves magic and immerses himself in fantasy role-playing games. He’s a free spirit who may be slightly more passionate about the past than the present. When their late father inadvertently sends Barley and Ian on an epic quest together – one highlighted by mystery and magic – Barley fires up his beloved and mostly dependable van Guinevere and never looks back.

Disney and Pixar’s “Onward” releases in U.S. theaters on March 6, 2020, so make plans to see the movie and then head to Disney Parks to say “Hail, fellows!” to Ian and Barley! In the meantime, you can check out new “Onward” merchandise here!