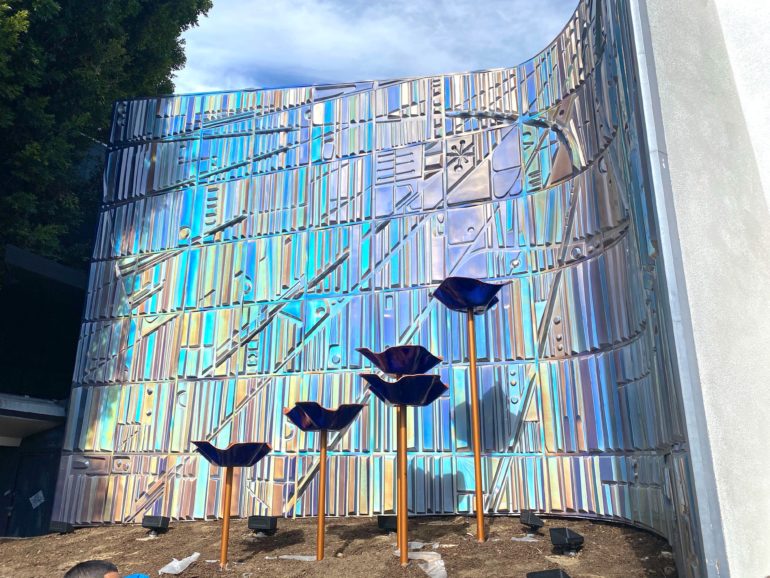 With the reveal of the newly refreshed technicolor Tomorrowland entrance walls taking place just a few weeks ago, it seems a new visual element has been added––or rather, has returned––to this space… from outer space! In another retro nod, the old funky, futuristic decor that once graced this area have reappeared. And now, for some history:

Said to be inspired by the shells of “martian turtles”, this structural fountain once graced the entrance by the “Adventure Thru Inner Space” building after the 1967 overhaul of Tomorrowland. At one point, the plumbing was removed and they were turned into planters. And now, decades later, a new incarnation of the fountain-planters have arrived, in stunning gold and glossy navy blue. For now, no water is running, so it’s uncertain whether these will eventually become fountains, but they’re still a neat retro nod that will have many younger generations of Disneyland fans eager to learn more about the history of Tomorrowland. They aren’t very large additions, and are seemingly dwarfed by the large walls. Still, it’s clear further work is still being done in the area. 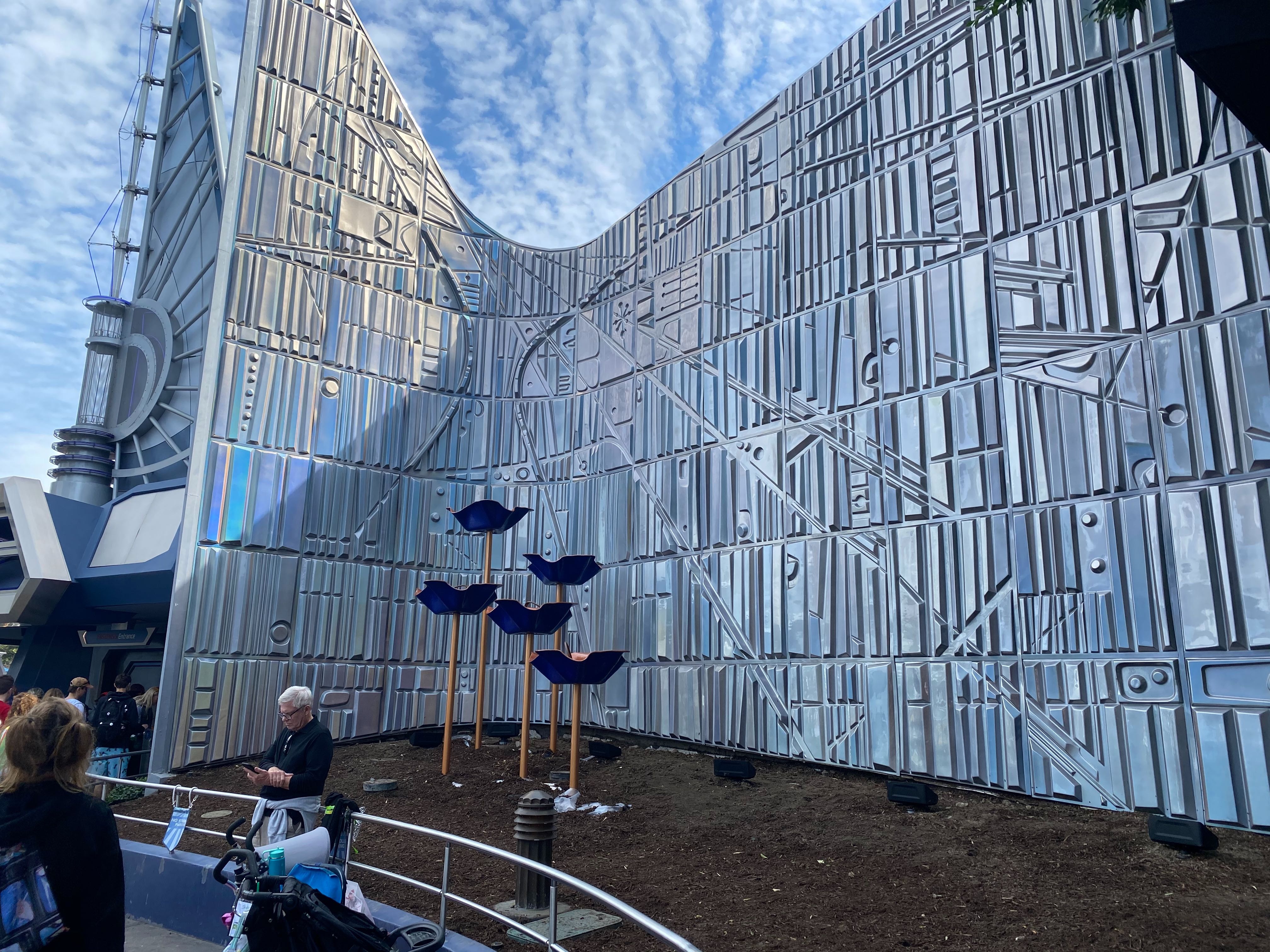 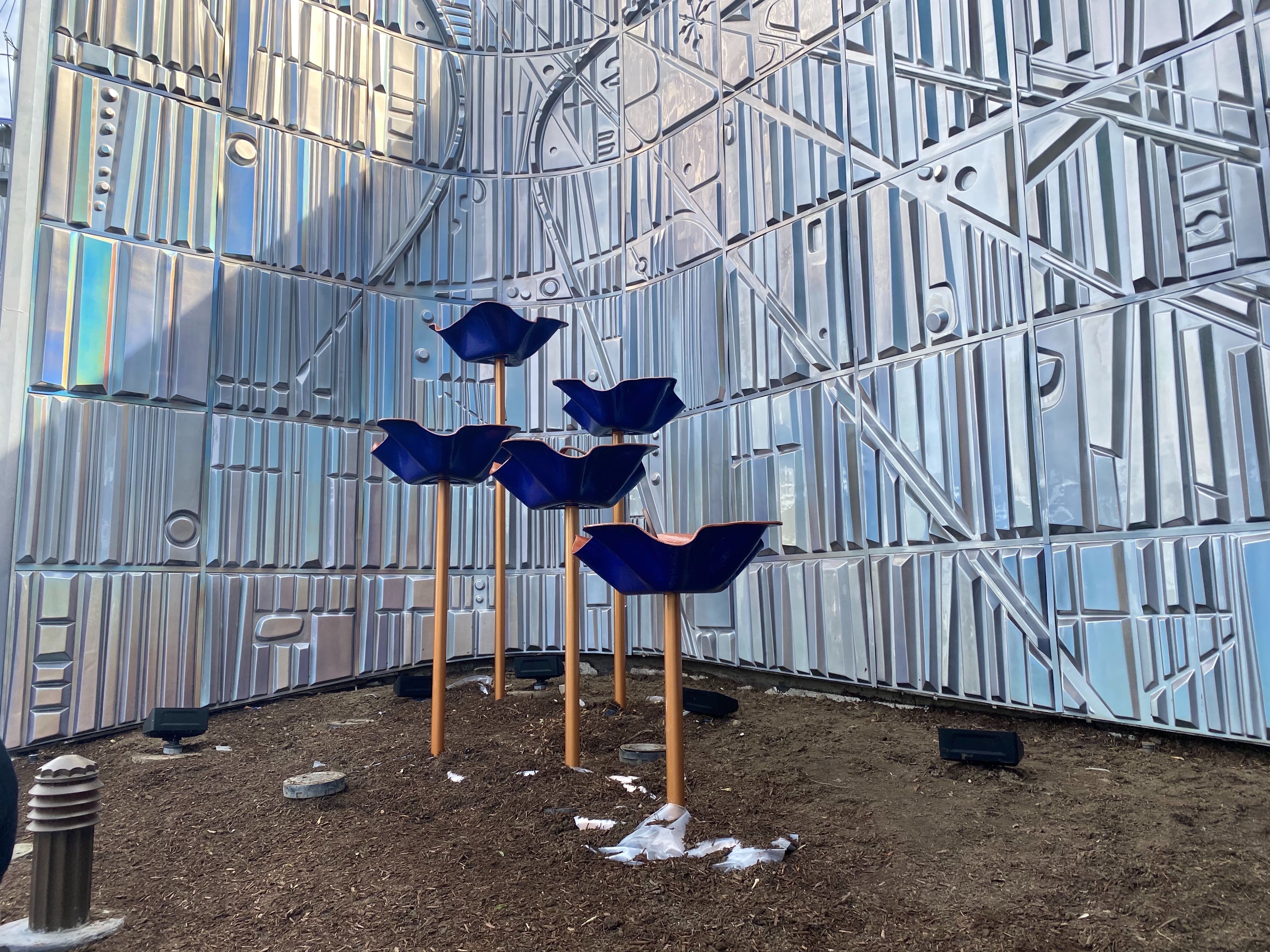 Since the rest of this area is mostly mulch, we expect some landscaping to be completed in the following weeks. You can still see the plastic coverings at the base of the smallest structure. What do you think about this return to form for the new, 1967-style Tomorrowland at Disneyland? Do you hope these structures will remain as planters, or ultimately used as fountains? Let us know in the comments!