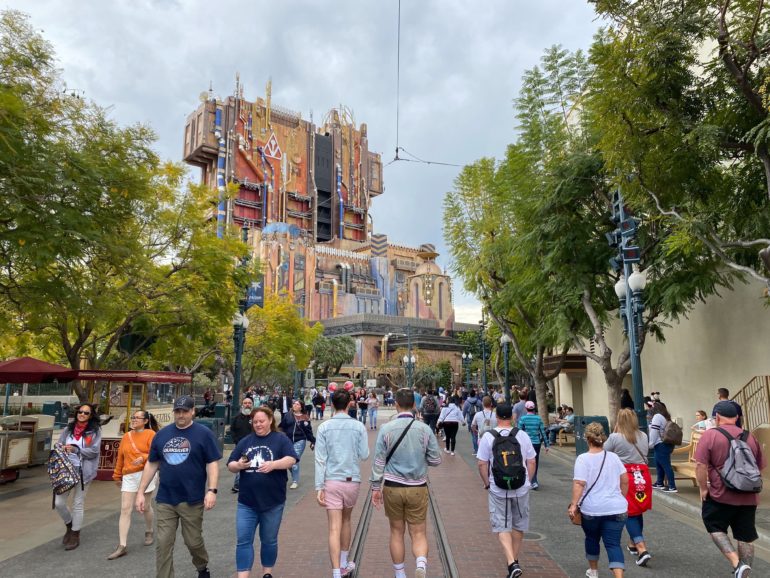 It isn’t just Cars Land that’s seeing visual and structural changes related to the upcoming Avengers Campus at Disney California Adventure. Hollywood Land caps off one end of Avengers Campus, and with walls down in the area by Guardians of the Galaxy – Mission: Breakout!, new pavement has revealed a themed transition between the two lands. 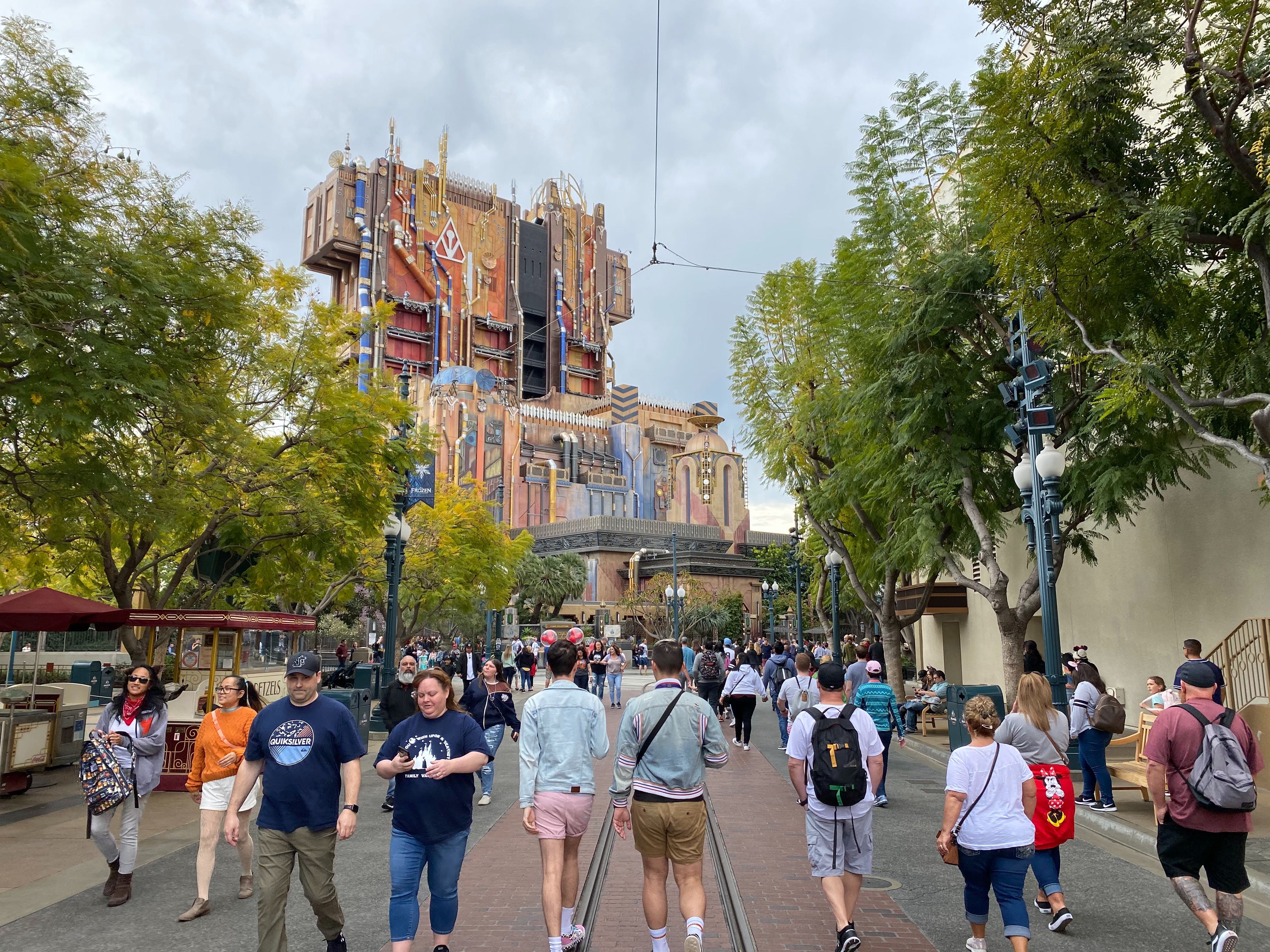 Walls went up back in November 2019, with potential for modification of the Red Car Trolley tracks. 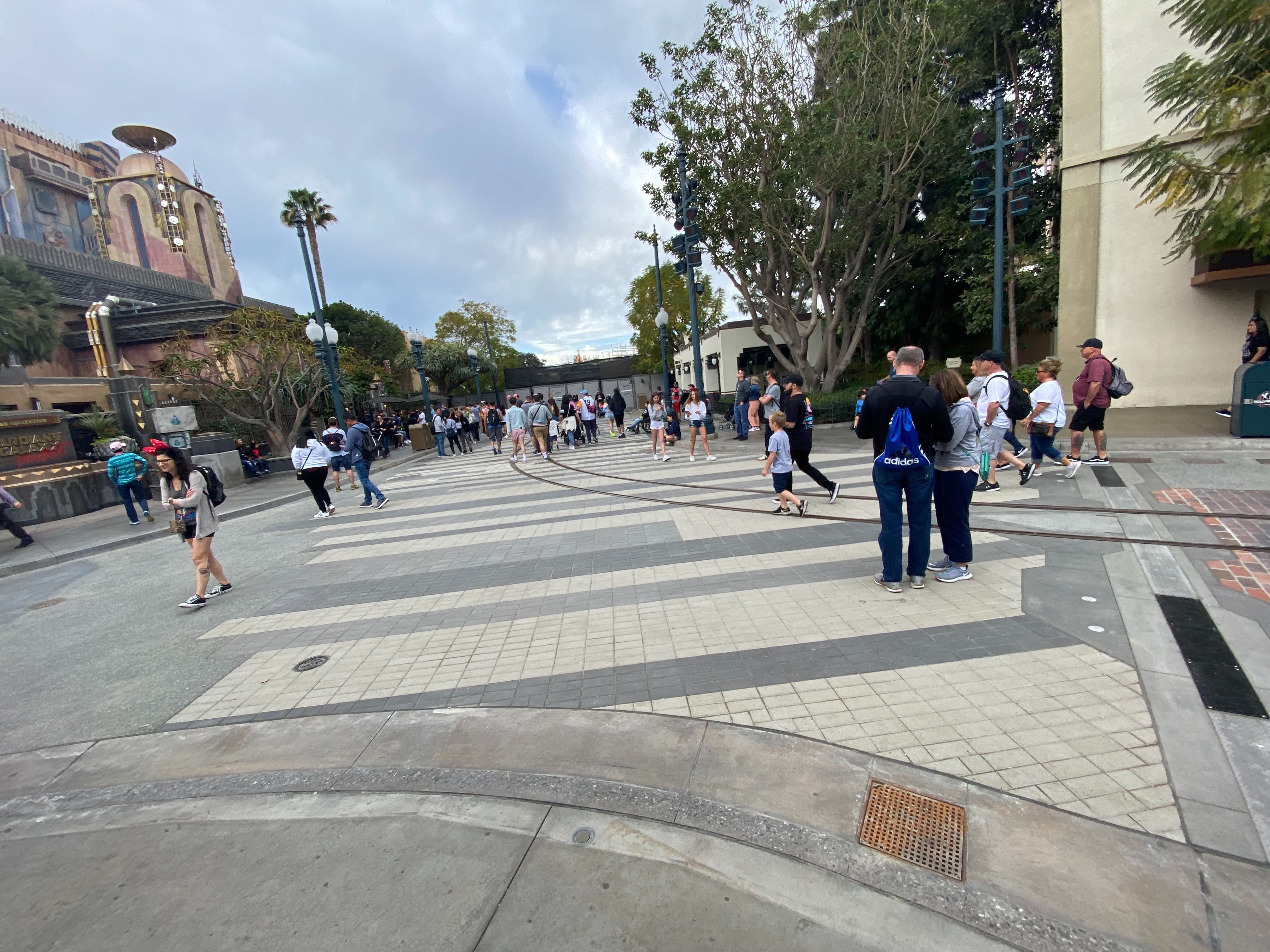 Fans of the Red Car Trolley will be happy to see that the trolley tracks have returned unscathed after construction, as it seems the trolley will run into the Avengers Campus for a short stretch. Off to the right, you see the new FastPass+ distribution area that reopened back in September. 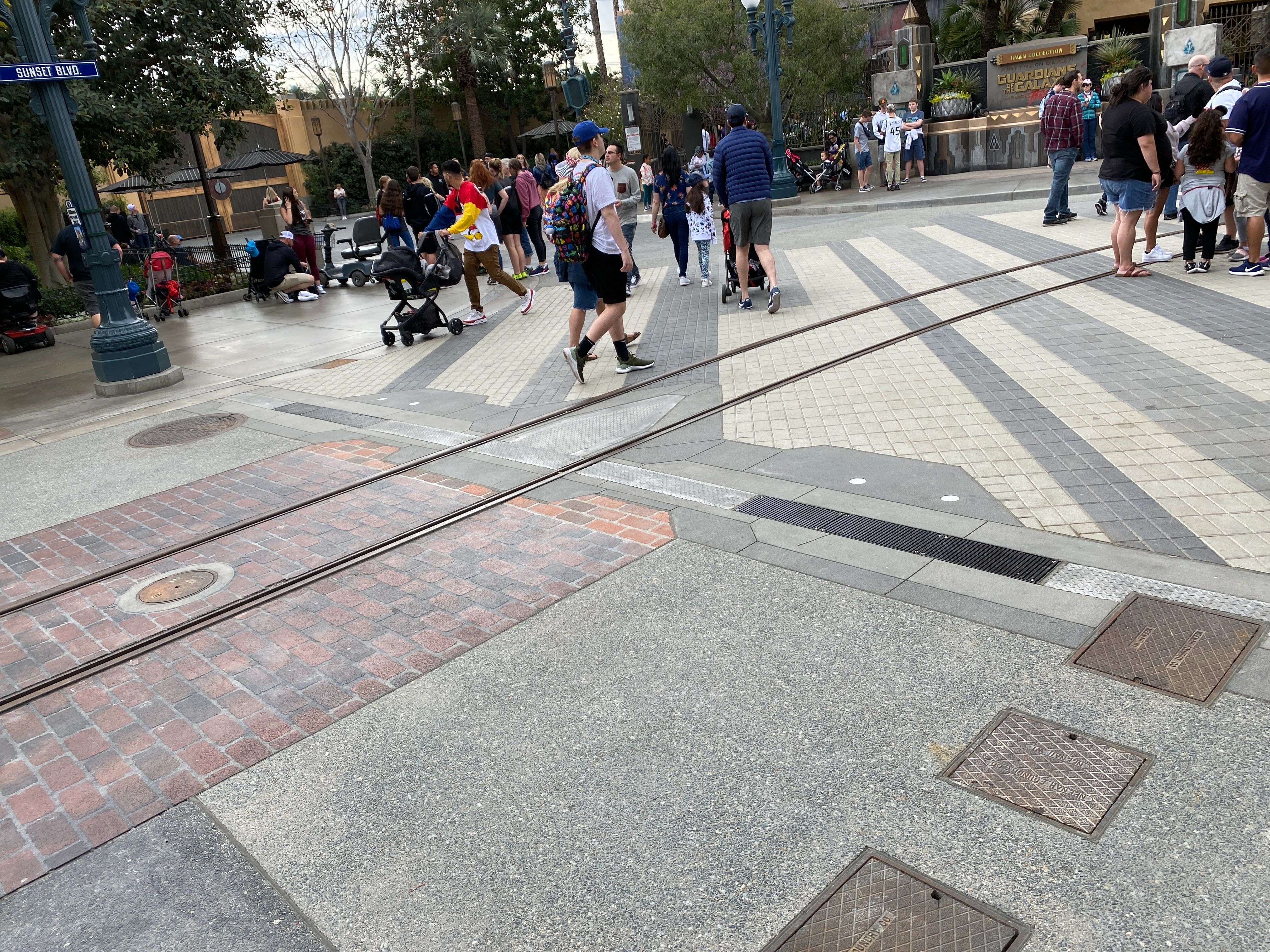 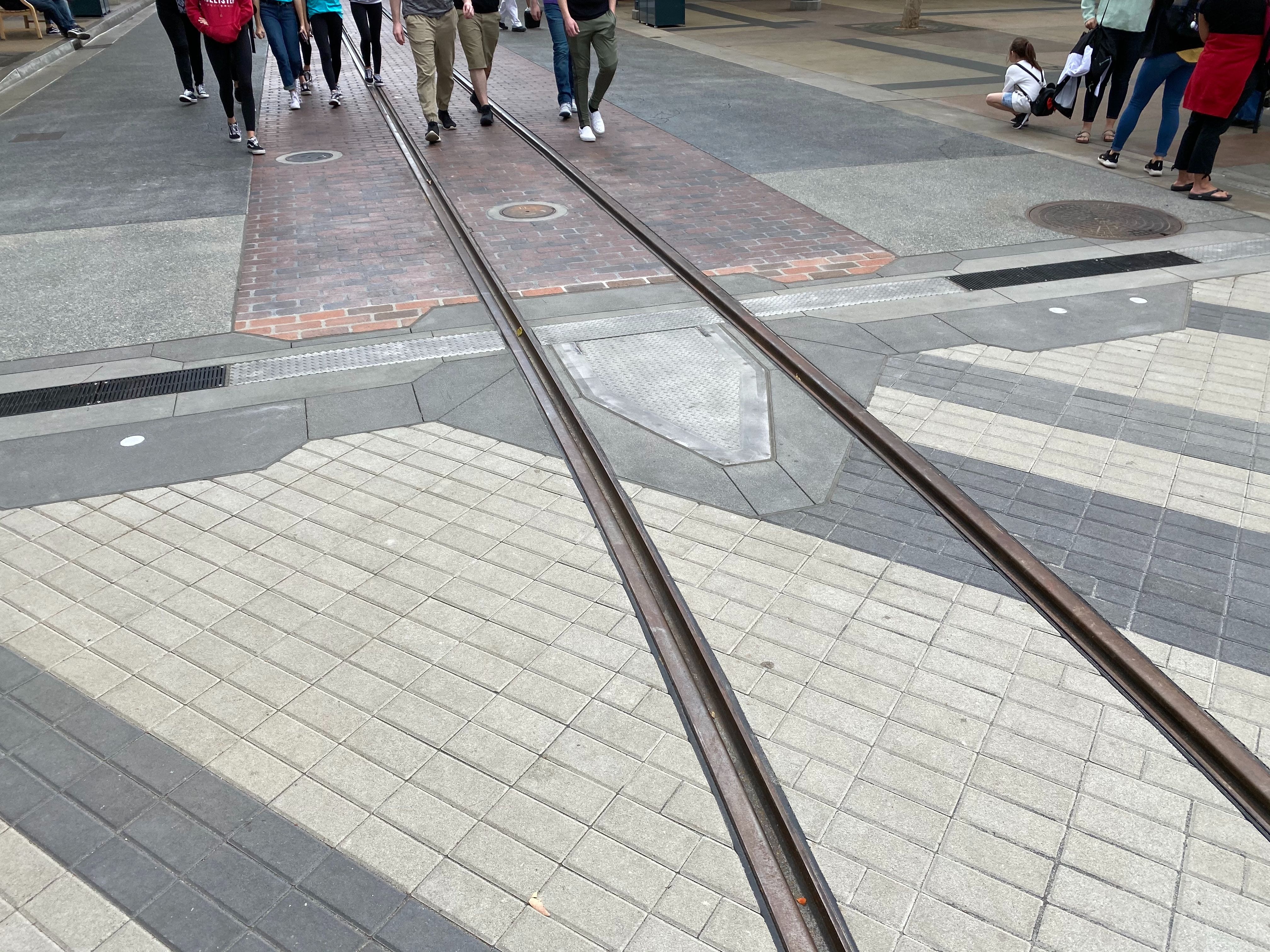 As of today, Hollywood Land now has a well-demarcated limit: once the red bricks end and the grey bricks begin, that’s how you know you’re in Marvel territory. There are even some additional accents in the form of drains and metal diamond plates.

A closer look at the concept art for the Avengers Campus shows a similar striped brick pattern throughout the land. Near the Mission: Breakout! entrance of the land, there is a lot of notable lighting elements and foliage which we’ve yet to see implemented in the area, so it’s likely we’ll see more work happen.

Are you looking forward to the return of the Red Car Trolley? What do you think of the stylistic changes happening across Disney California Adventure for the opening of Avengers Campus? 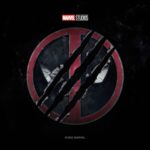 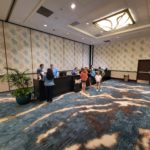