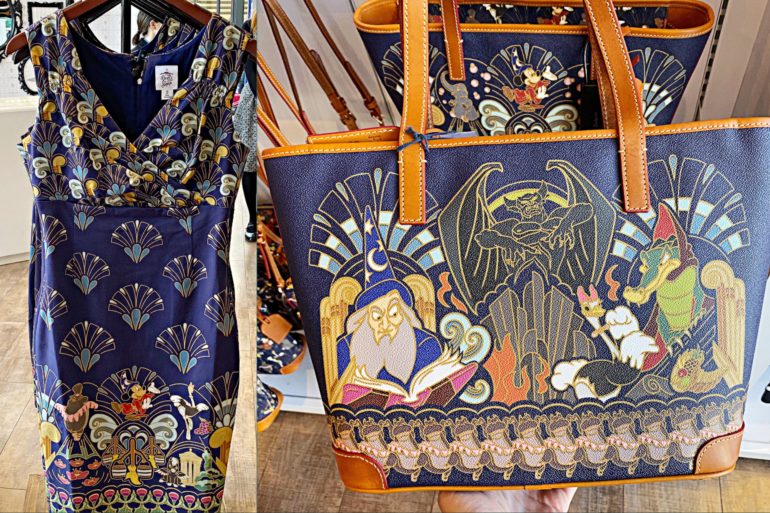 A Disney anniversary is coming up, and you know what that means: merchandise a’plenty. For the 80th anniversary of “Fantasia,” the film is getting the star treatment. New Dooney and Bourke bags and a new dress are now available at Disneyland Resort. 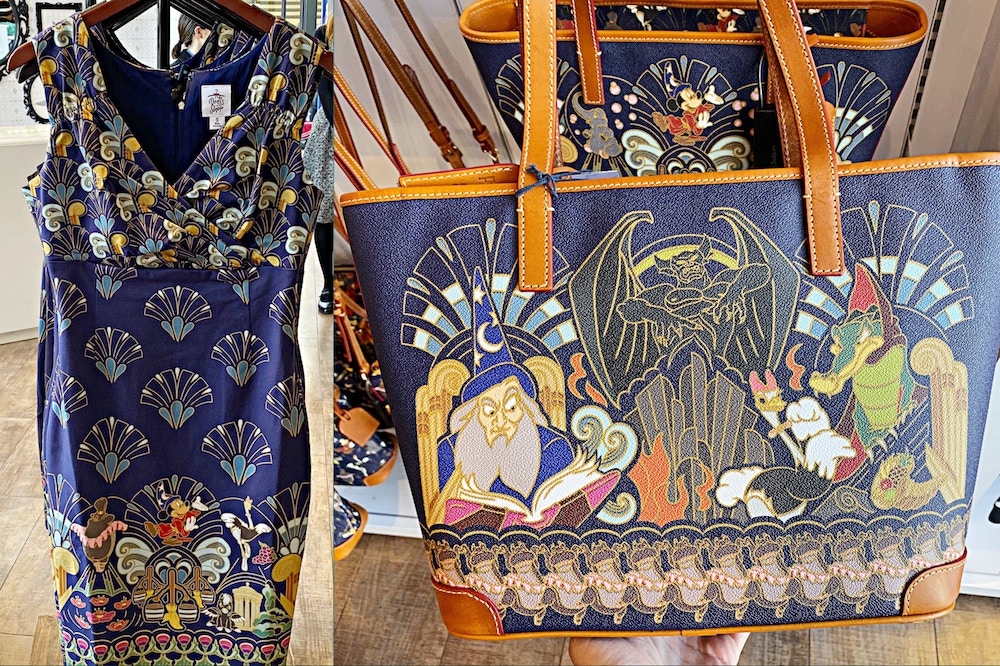 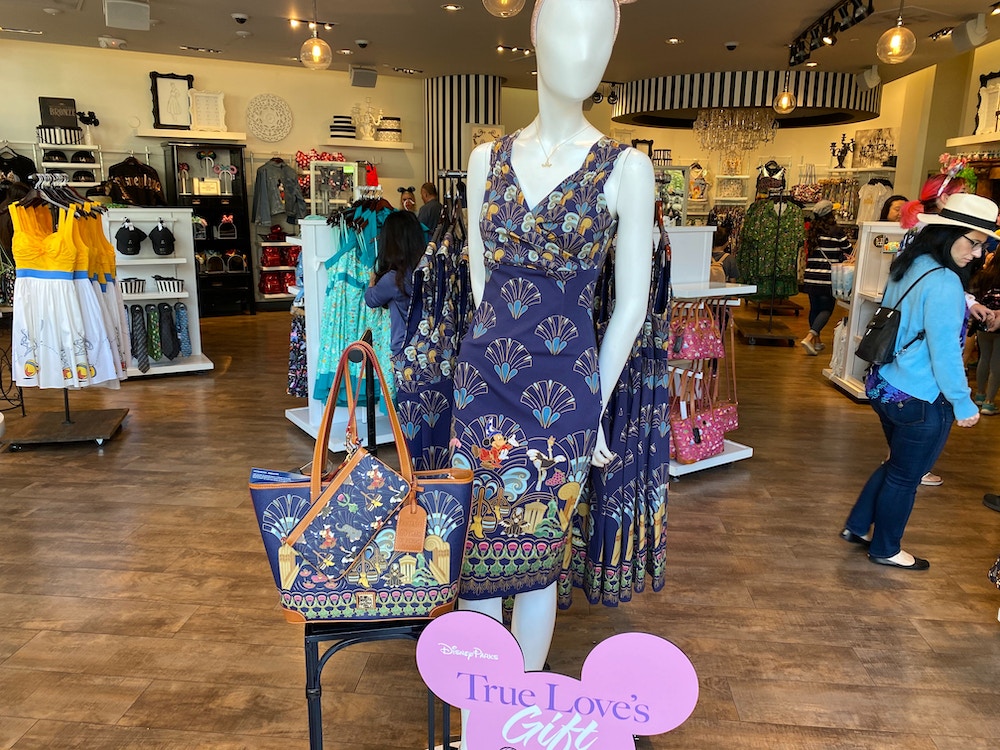 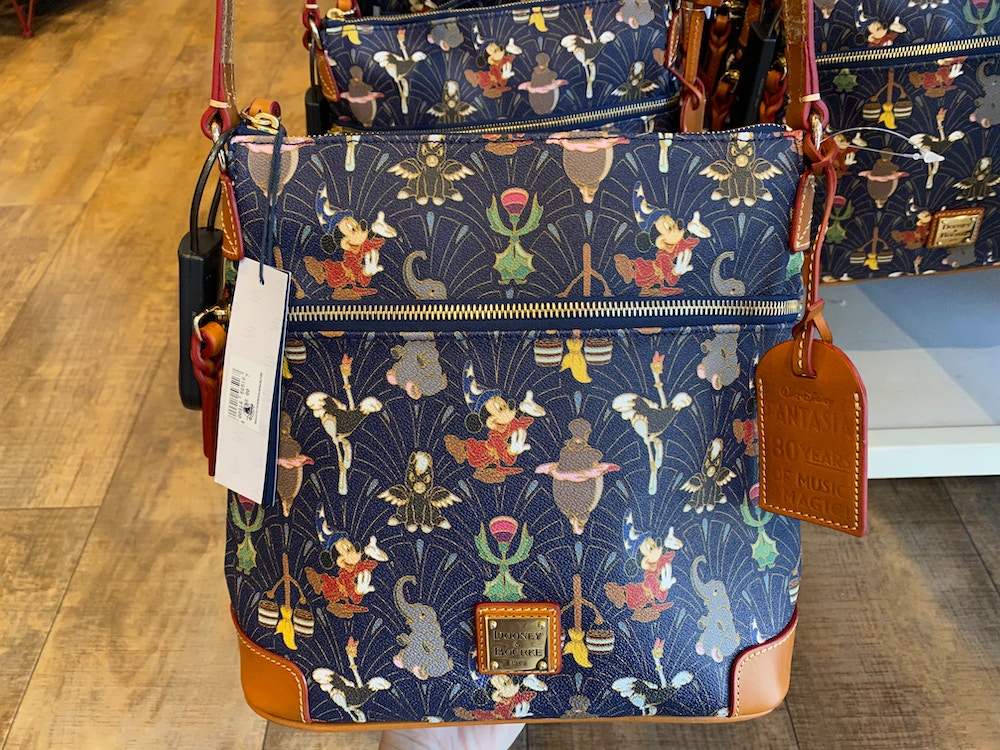 The crossbody bag has leather accents and a tag that says “Walt Disney Fantasia 80 Years of Music and Magic.” 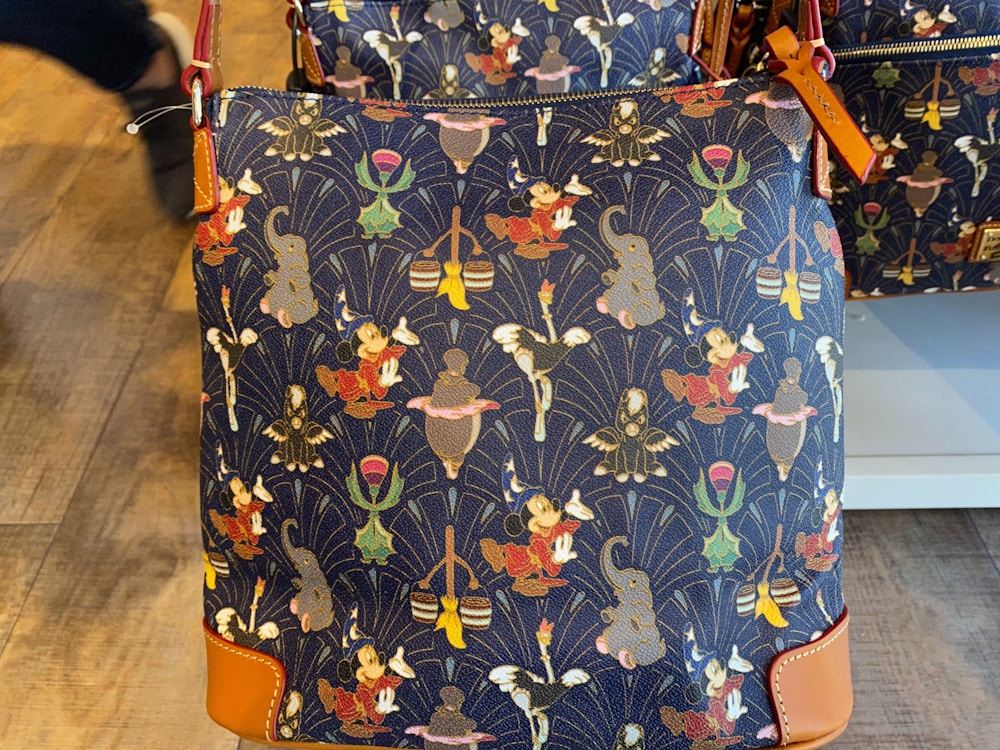 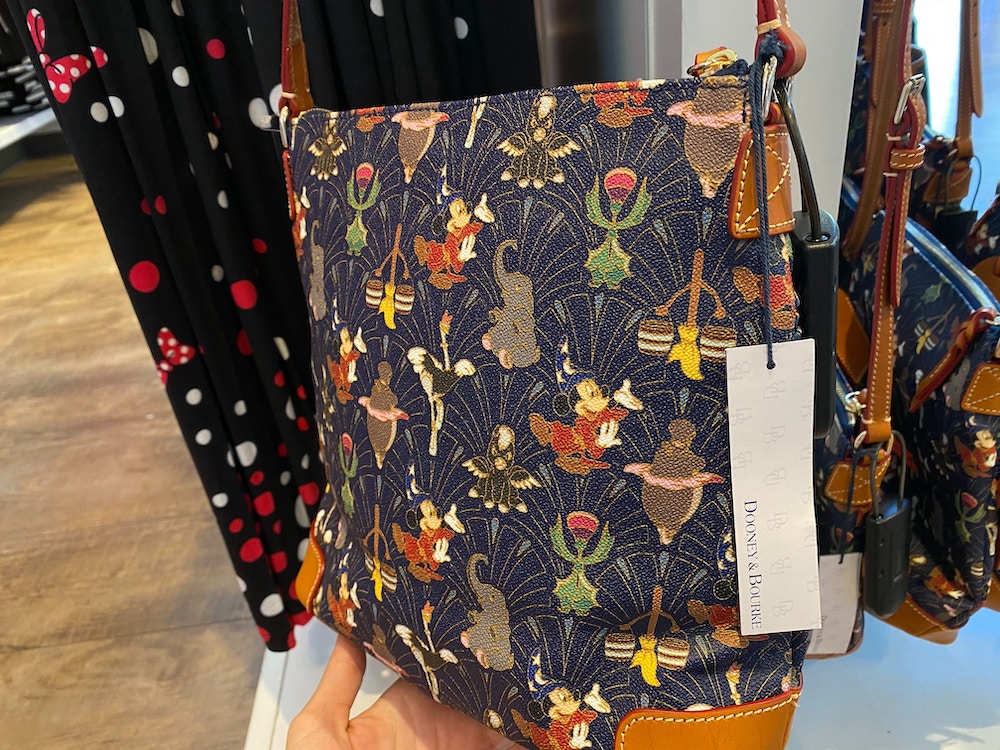 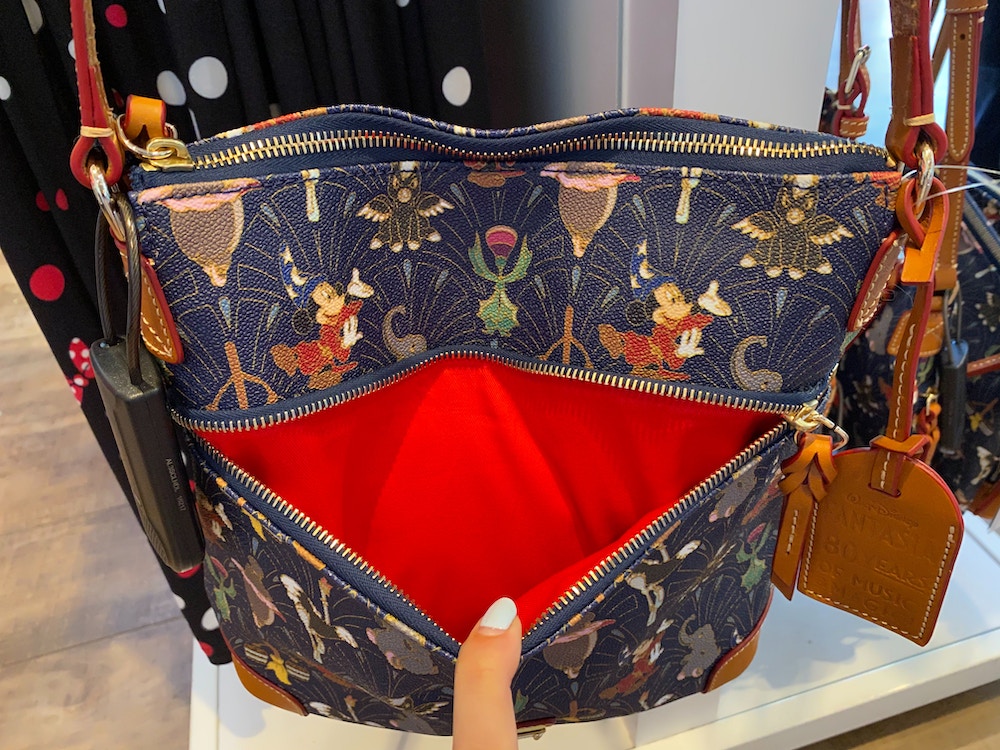 There is a roomy zippered section on the front, lined with red fabric. 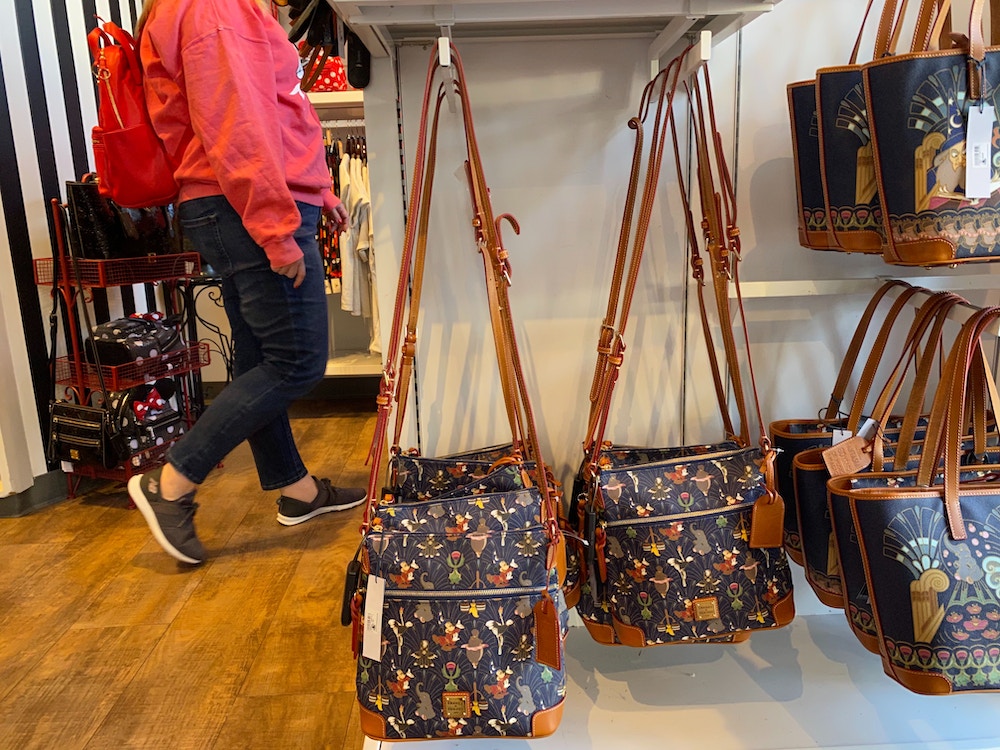 The second hangbag is a large tote you can sling over your shoulder. Rather than a repeating pattern like the other two bags in this post, this bag is large enough to feature the characters more prominently. 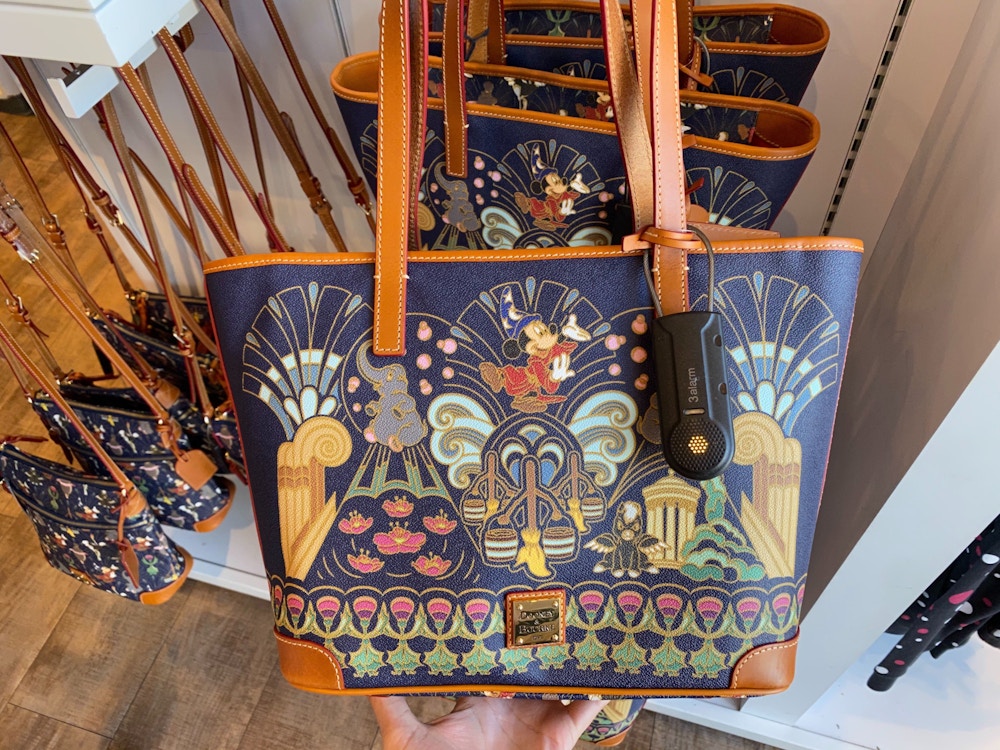 It has metal feet to help it keep its structure. 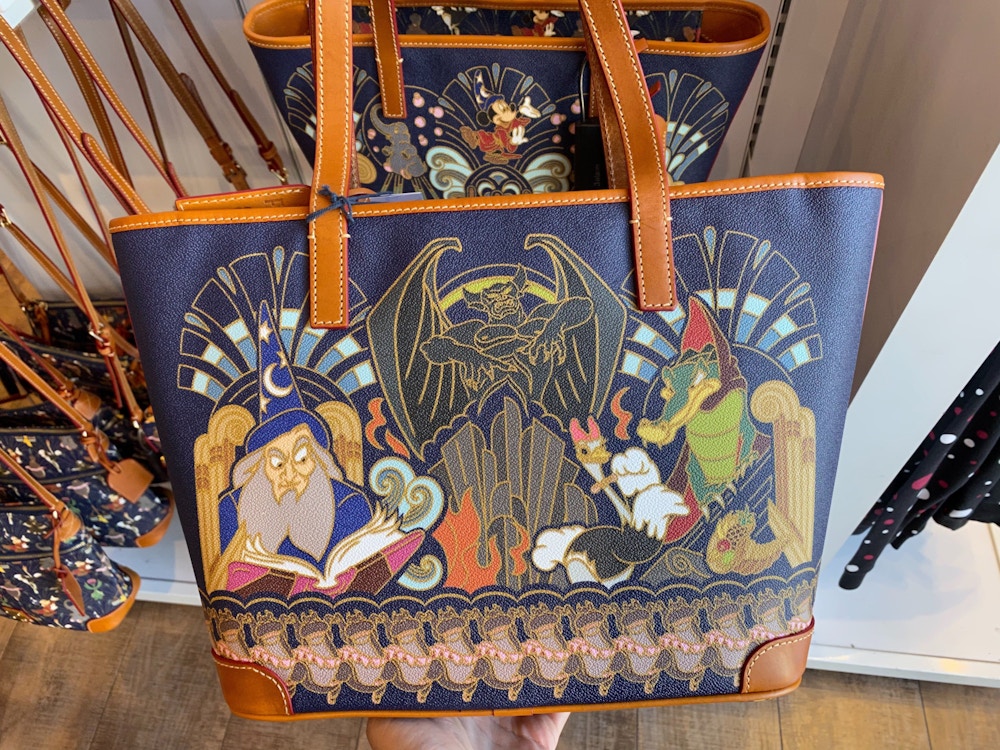 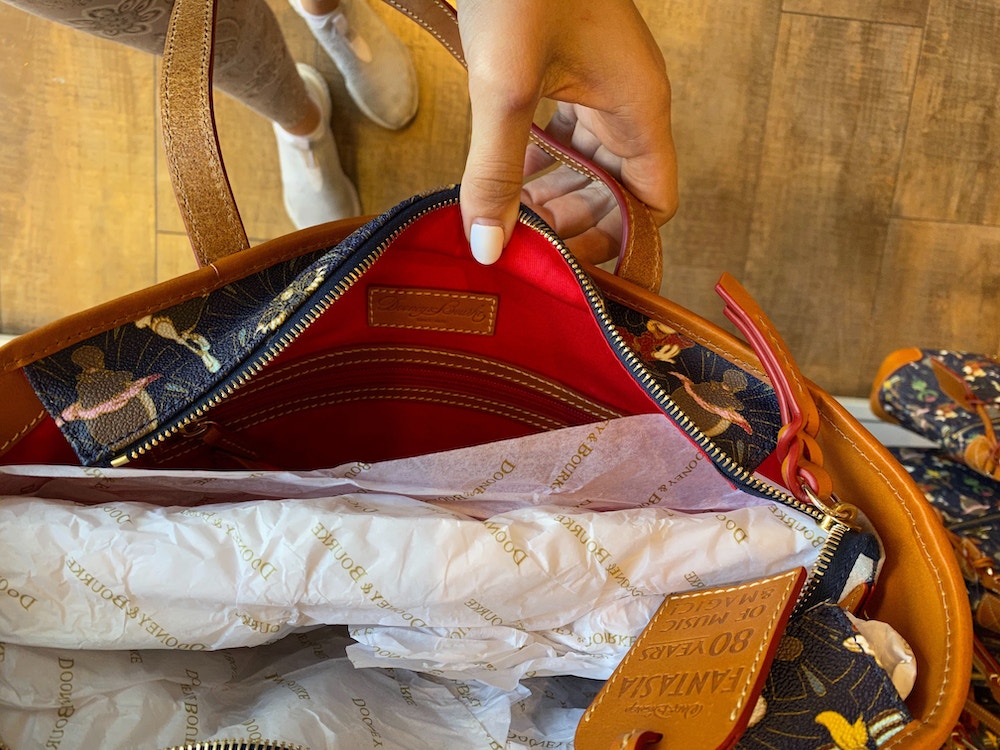 The interior is lined in red and has a few compartments. 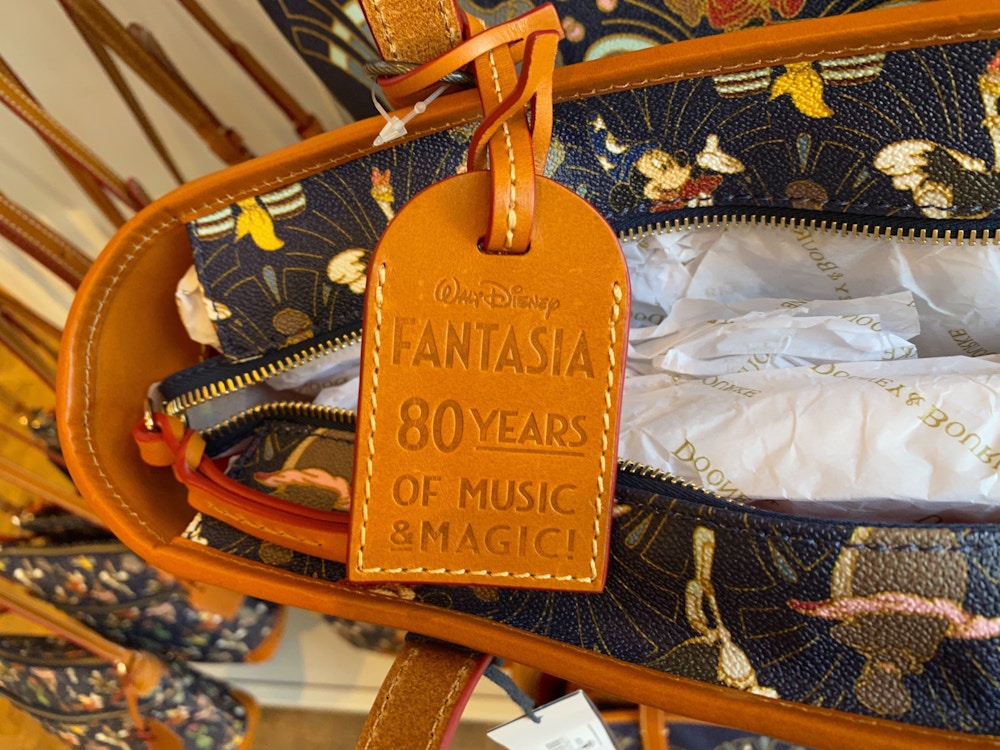 The leather “Fantasia” tag on this bag is removable. 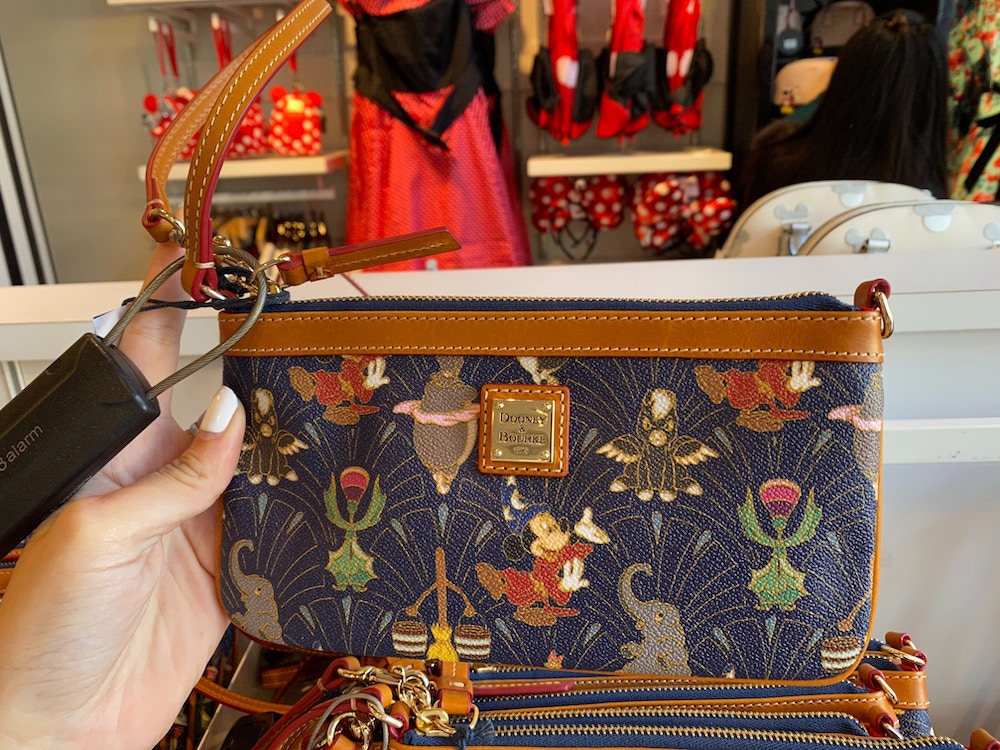 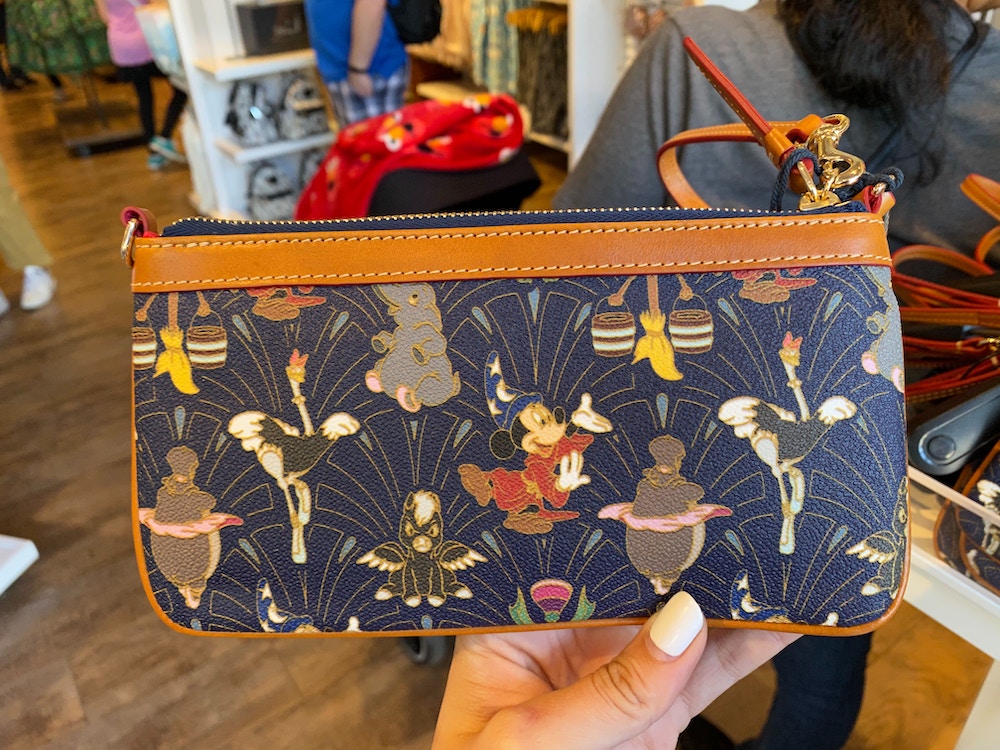 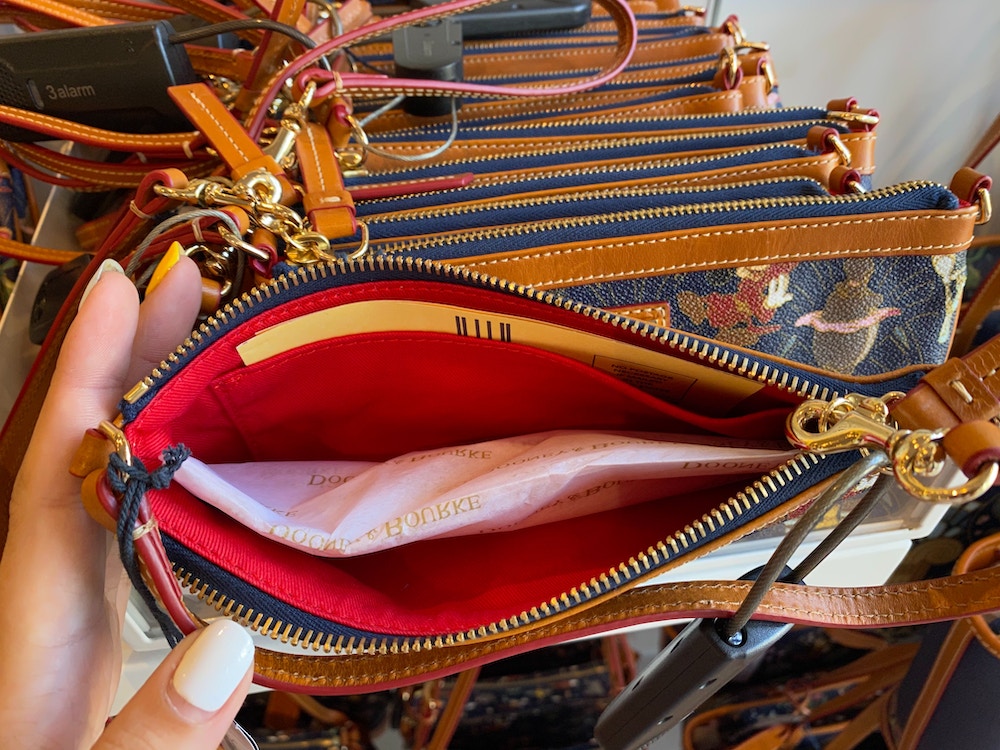 It has one main compartment with a small pocket inside.

There is also a beautiful dress that uses the same pattern as the handbags. 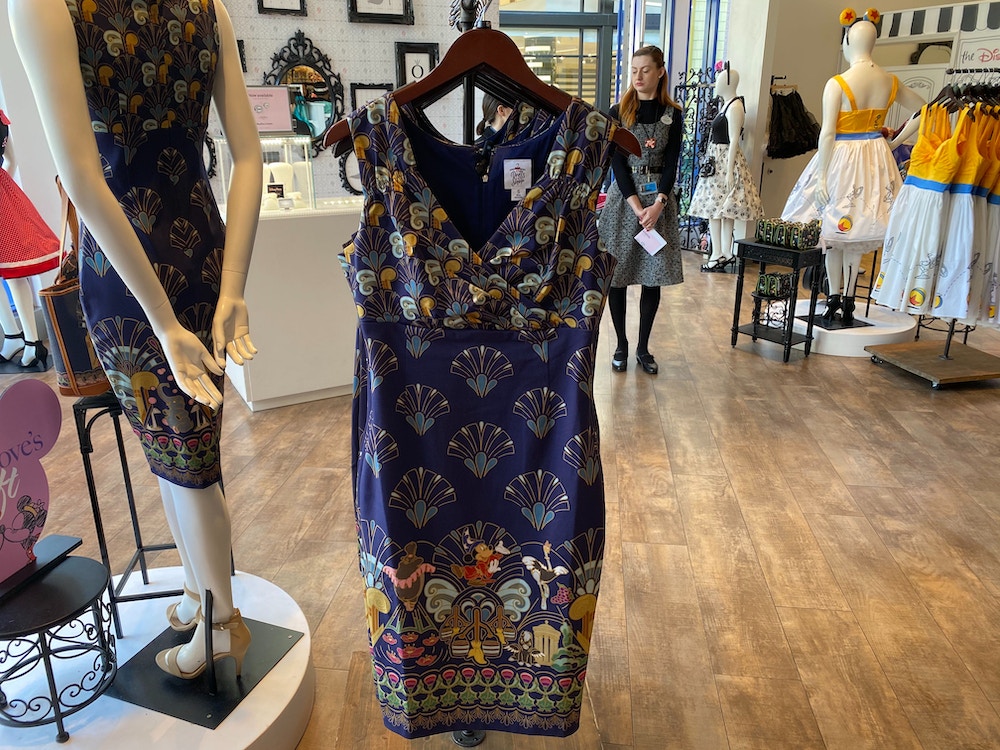 Here’s a look at the front. 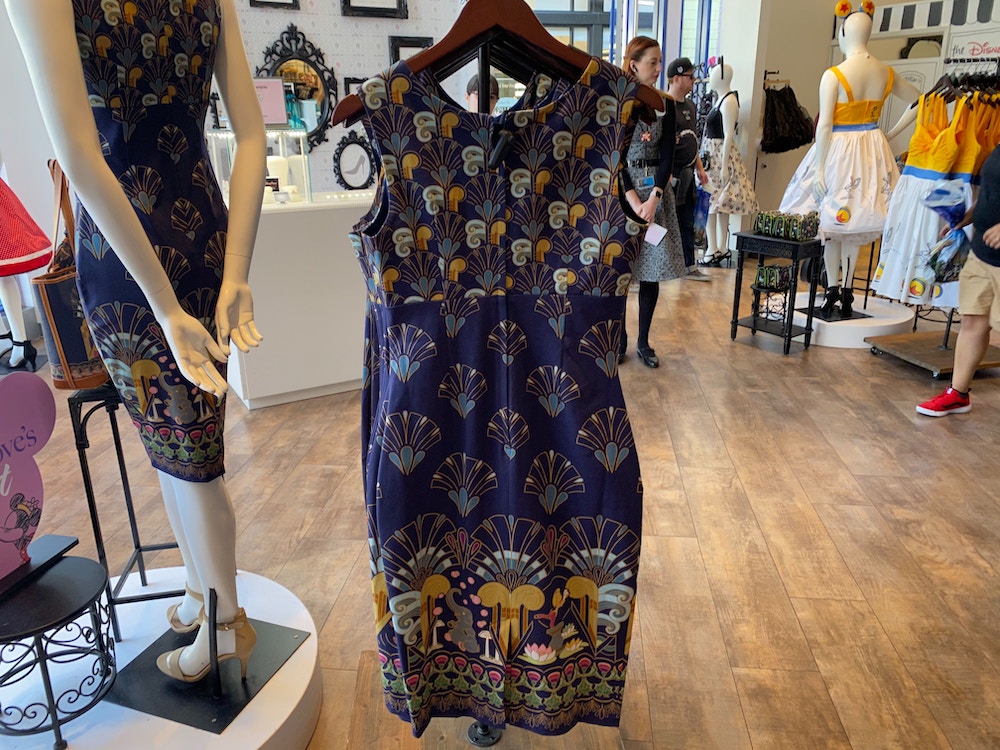 The back is just as nice! 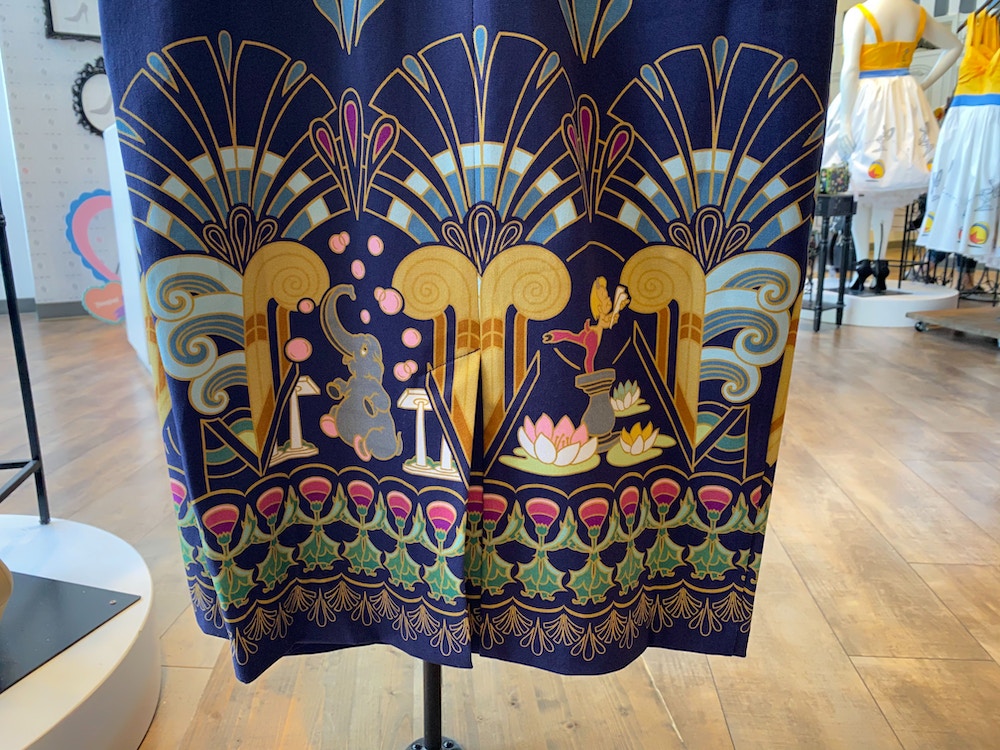 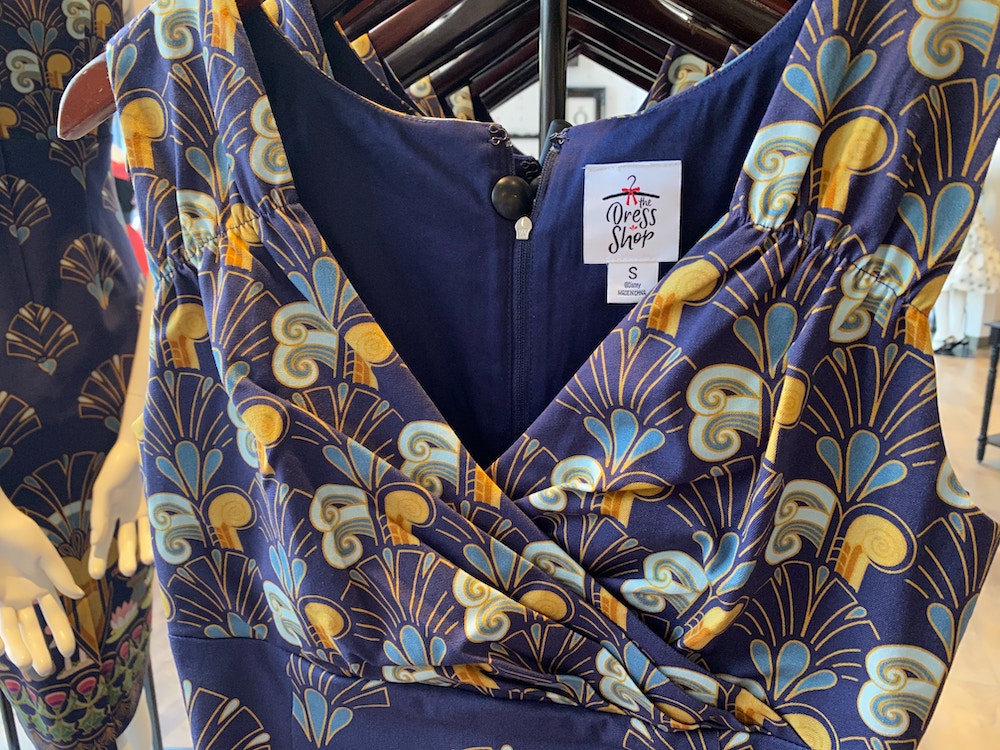 It’s made by the Dress Shop, and we found all the items at the Disney Dress Shop in Downtown Disney District in Disneyland Resort.

If you could pick anything from the collection, what would it be? Let us know in the comments.