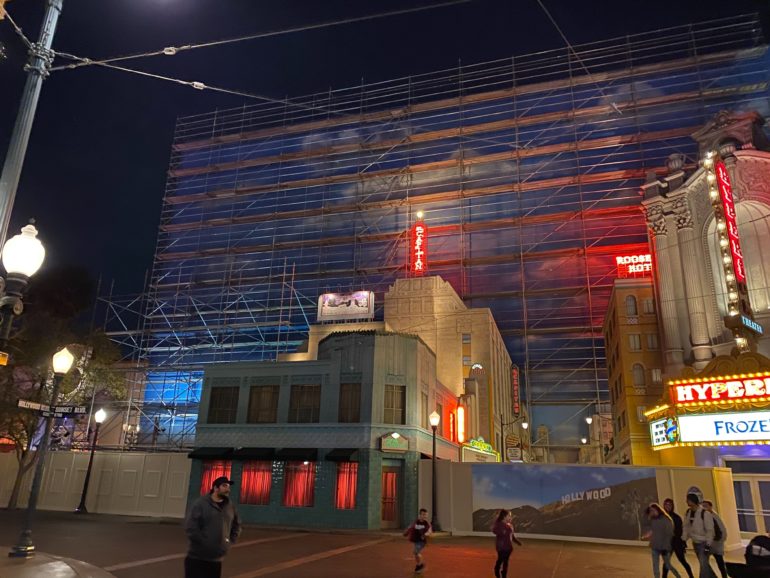 A lot of “re-” words get thrown around Hollywood. Reboot, remake, retooling — those kind of things. Over at Disney California Adventure’s Hollywood Land, the word is “repaint.” 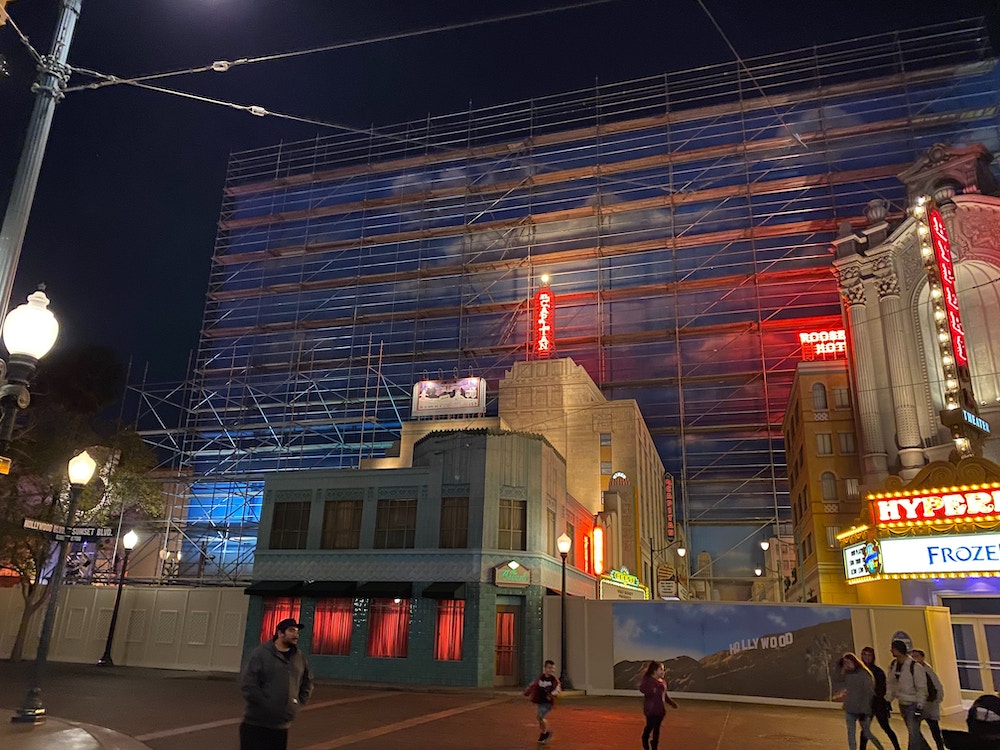 Scaffolds have risen around the land’s sky backdrop that surrounds the Hyperion Theater; it seems to be undergoing a repainting. 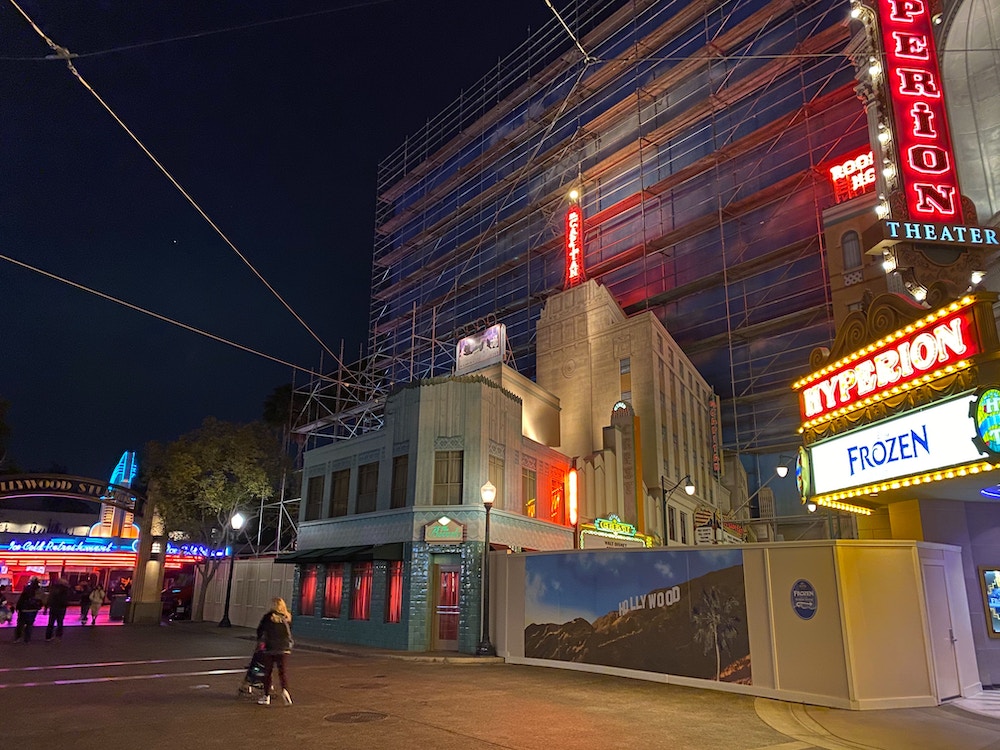 Of course, the scaffolds destroy the effect the backdrop is supposed to have. The backdrop turns the theater’s walls into what’s supposed to be a “set” replicating Hollywood Boulevard. 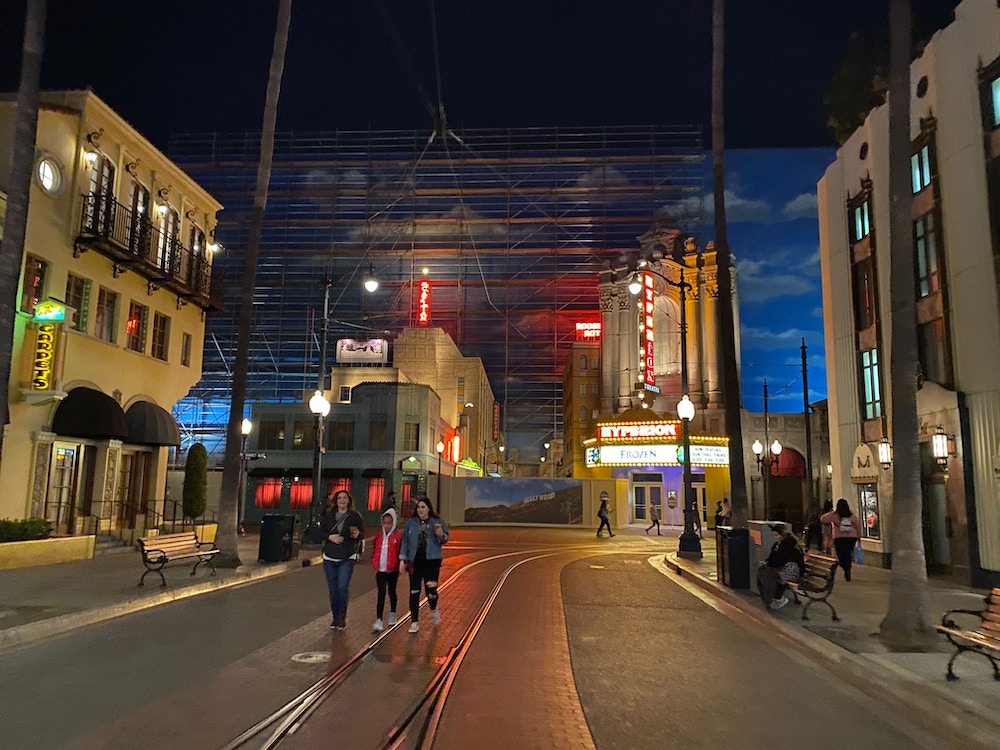 At least while there are construction walls up for the refurbishment, there’s a picture of the famous Hollywood sign for people to take pictures with. 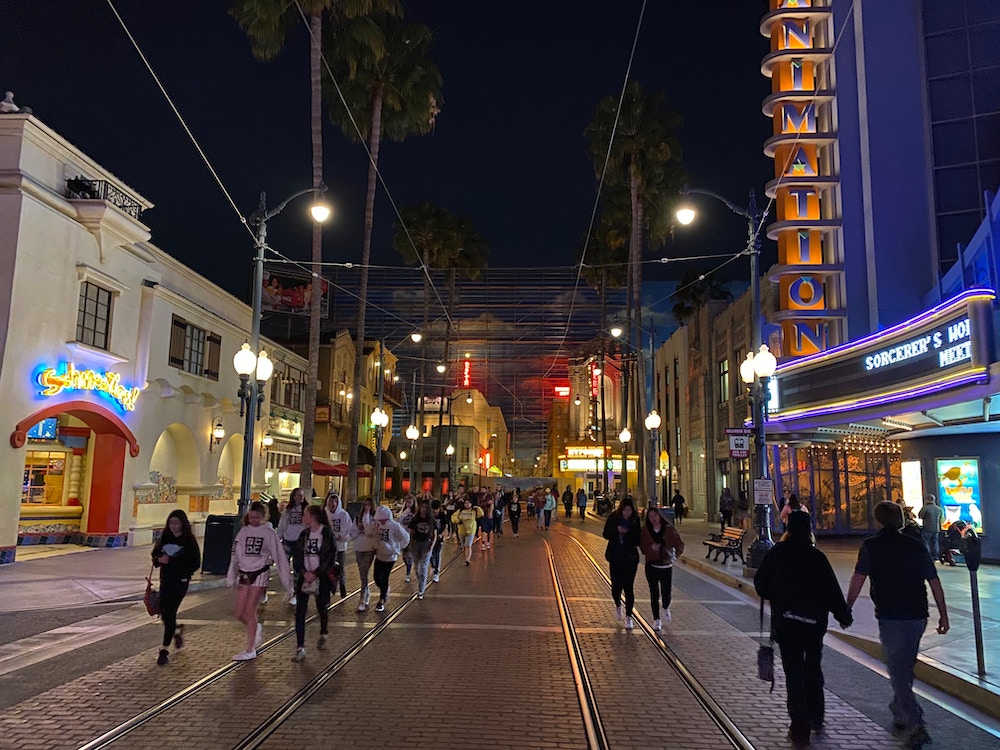 Hopefully the repainting doesn’t take too long, as the sky backdrop is a big piece of the land’s theming. It’s not as evident at night, but the backdrop sells the backlot concept the land tries to deliver. 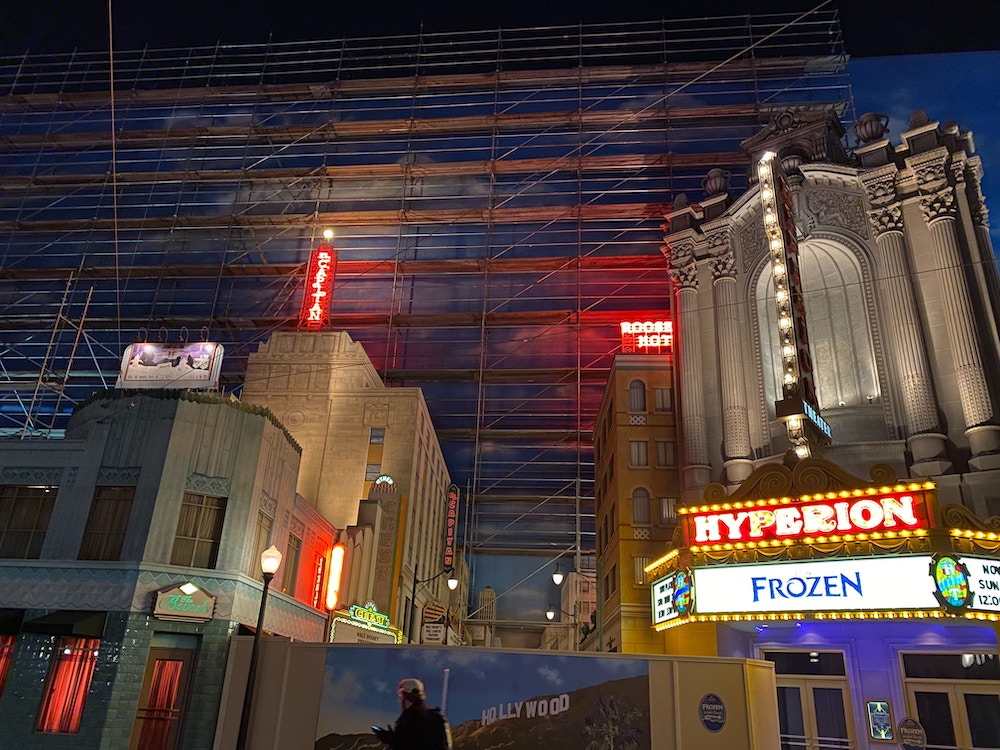 Keep reading WDWNT and Disneyland News Today for updates on everything happening at Disney California Adventure!