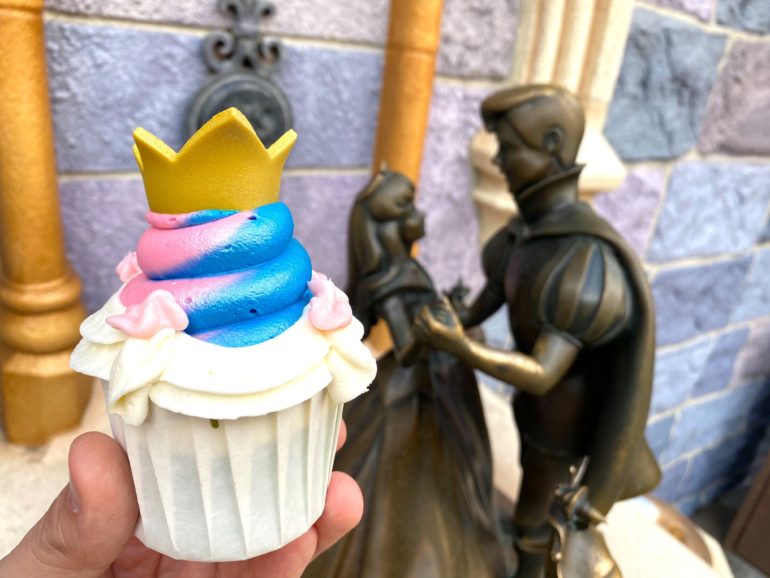 REVIEW: “Make it Pink!” “Make it Blue!” with the New Sleeping Beauty Royal Cupcake for “Magic Happens” Parade at Disneyland

Magic is happening with the debut of the newest daytime spectacular, “Magic Happens”, at Disneyland park. Today, we start our “Magic Happens” parade food tour at Jolly Holiday Bakery Cafe with the new Sleeping Beauty Royal Cupcake. We were excited to try the new Princess Aurora-themed Royal Cupcake. After trying it, we were waltzing around like we were dancing to “Once Upon A Dream.” 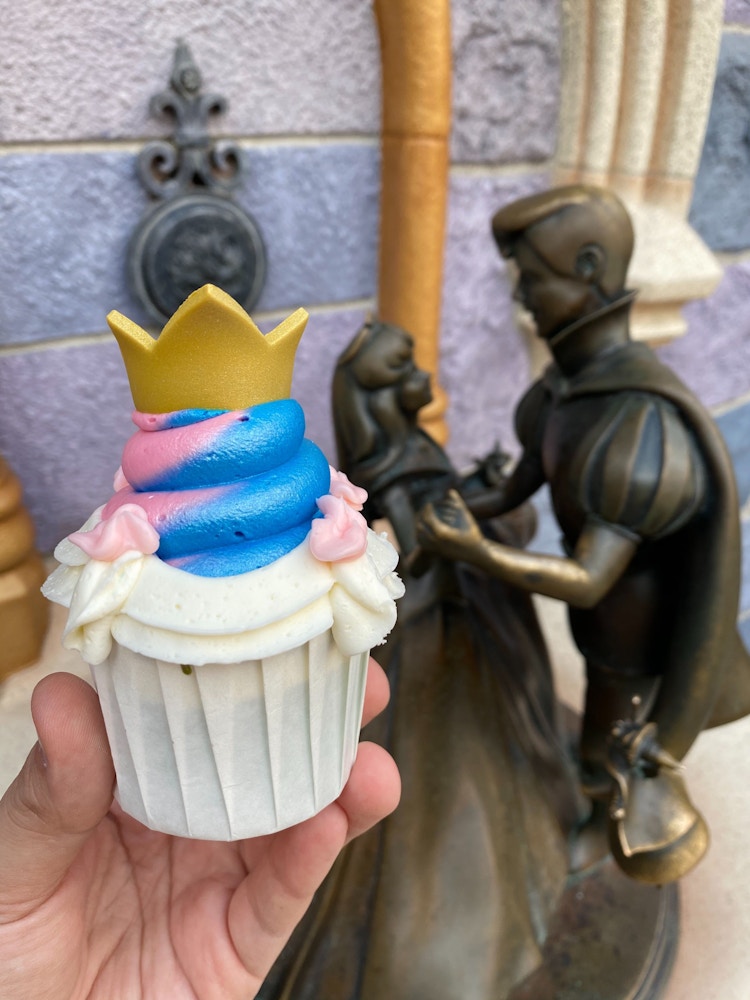 You will feel like a princess looking at your crown on top of this vanilla cupcake. If you feel like you’ve seen this crown before, you have. The same crown is used in the Poor Unfortunate Soul float at Disney Villains After Hours in Walt Disney World. Like we mentioned in our review there, it’s more for show than anything else, and we don’t recommend eating it. 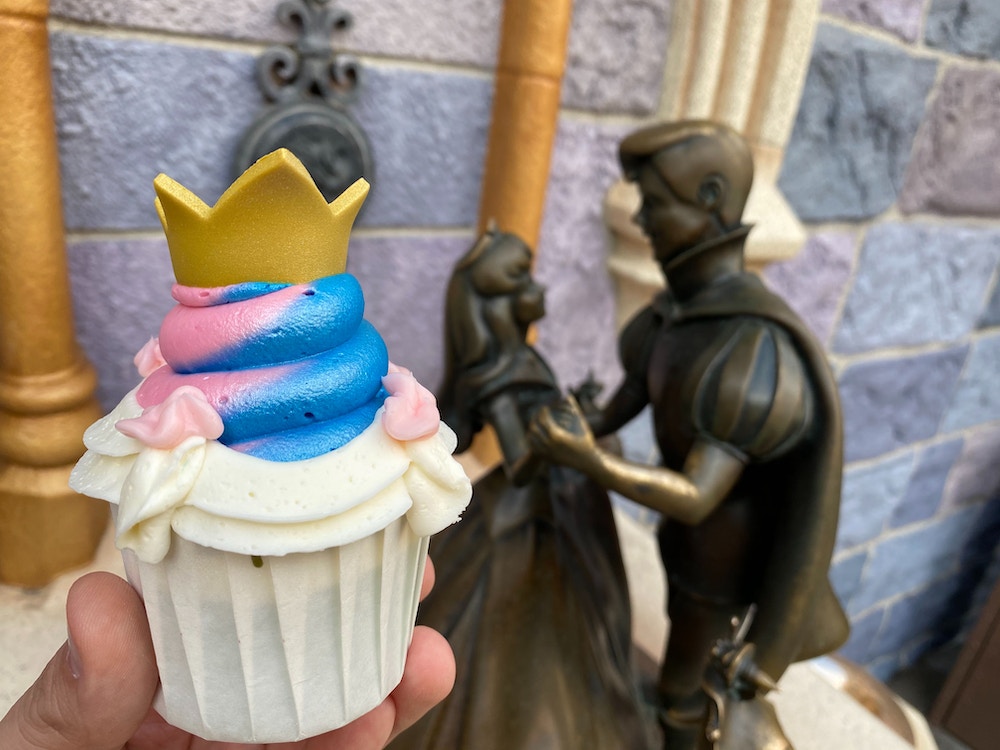 As with the original blue-pink dress debate, Flora and Merryweather are at it again. Never being able to agree which dress color looks best on Aurora, it looks like we are getting the best of both worlds with this cupcake’s buttercream icing. 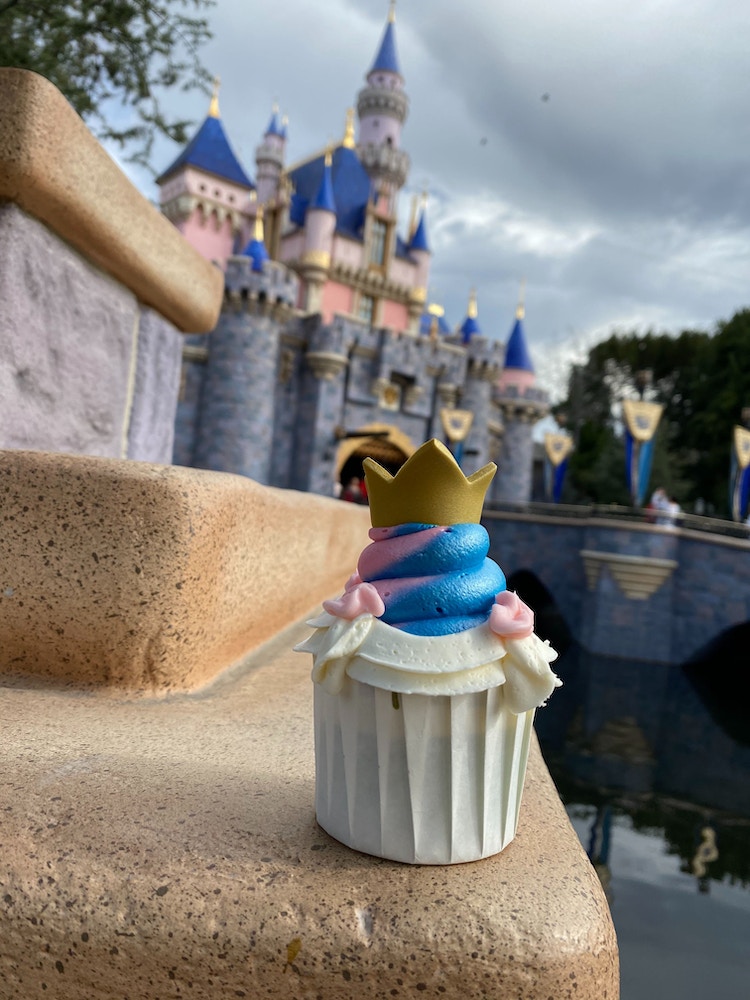 The blue and pink buttercream icing is plentiful, full-bodied, and rich in flavor. The white icing around the edge of the cupcake is more of a whipped cream flavor and combines with the other flavors excellently. 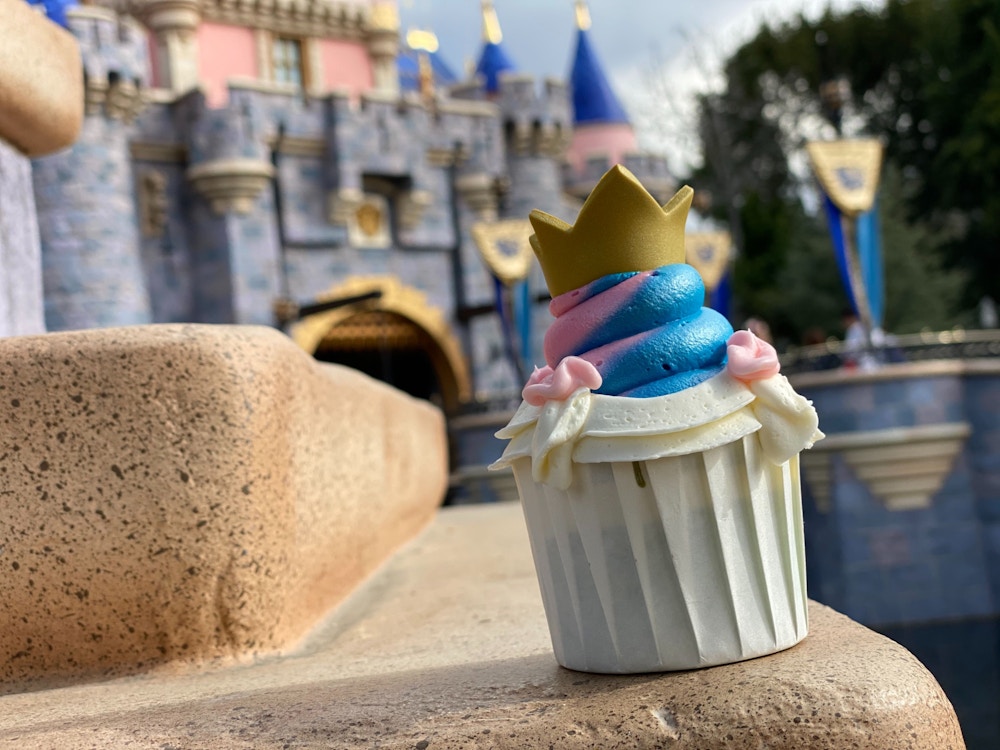 As you can see, the cupcake is not hard on the eyes, and takes a wonderful picture… especially when paired with the matching color pallette of Sleeping Beauty Castle. 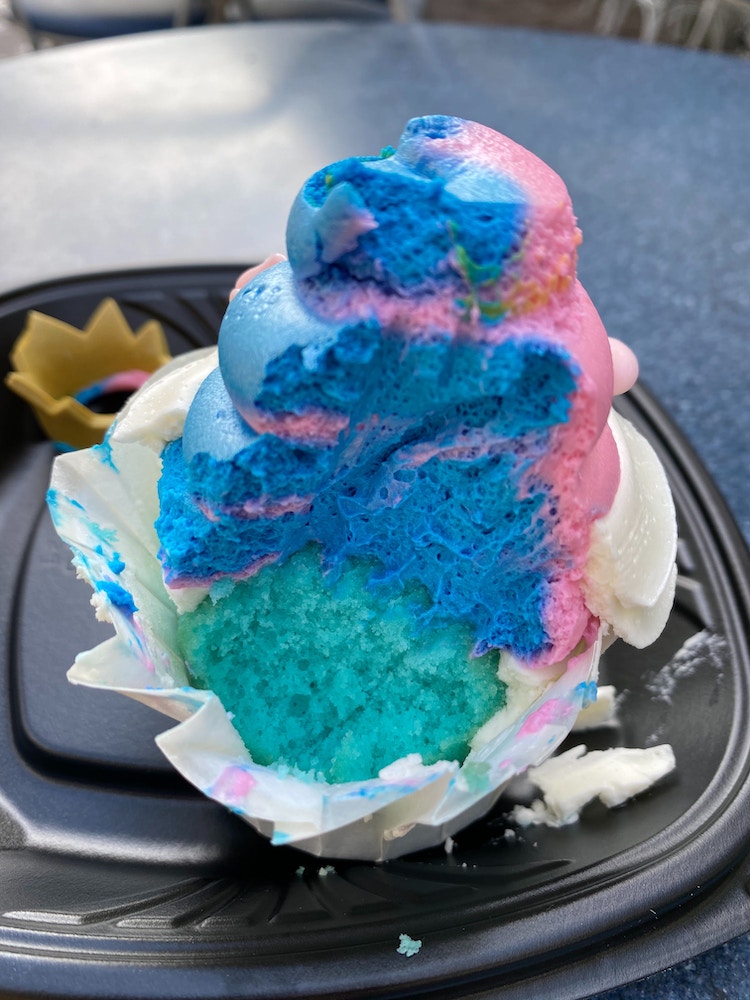 When taking our first bite, we were elated to reveal the blue, almost teal, coloring of the cake itself. This made an already dreamy cupcake even harder to eat, because of how beautiful it was, of course! 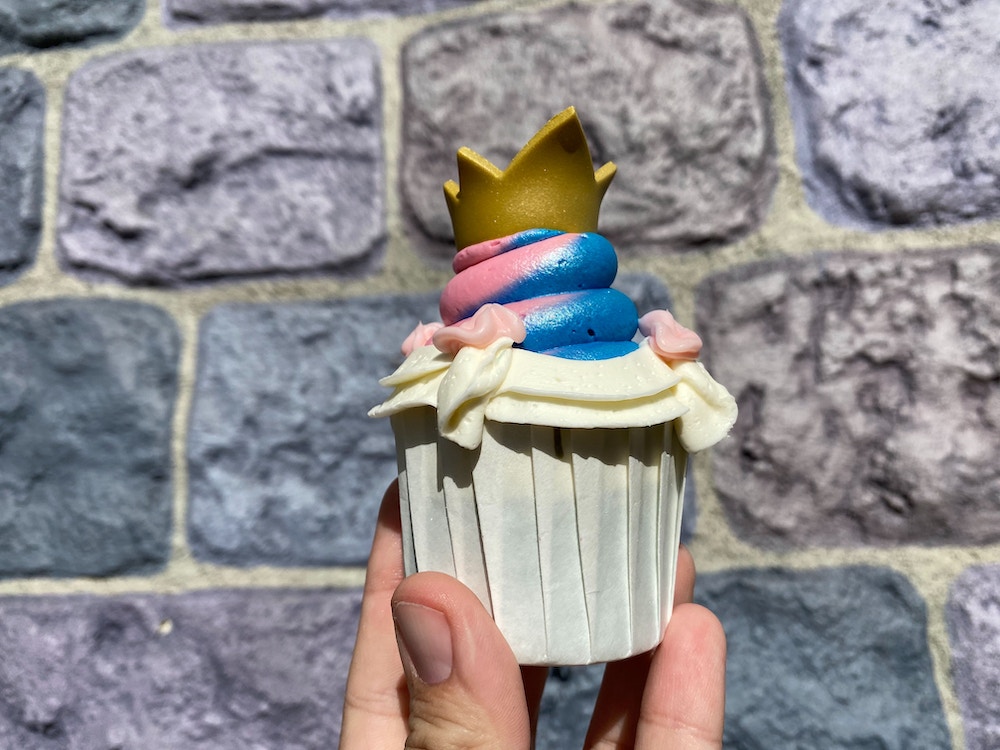 Overall, we thought this was one of the best cupcakes we have ever had at a Disney Park. It wasn’t too rich where we felt awful for eating it, and it was a tie between beautiful appearance and great flavor.

If you are wanting something to grab and go on your way to the new “Magic Happens” parade, this is the treat for you. With some willpower, you can make it to the finale before eating it and show Aurora your matching treat!

You can catch the full daytime showing of “Magic Happens” in the video below, but we highly suggest you check out the dazzling nighttime edition of the parade as well.