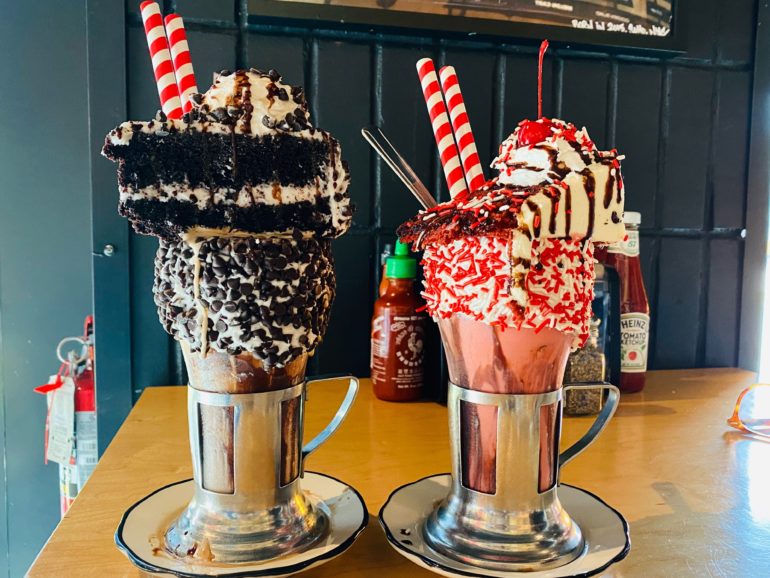 Valentine’s Day seems to bring out a lot of sweet treats across the Disney Parks, and Black Tap Craft Burgers & Shakes at the Downtown Disney District has gotten in on the fun with a one-day-only Red Velvet CakeShake! And while we were there, we decided to try the Vegan Black N’ White CakeShake that debuted at the restaurant this month! Let’s grab a straw and a fork and dig in! 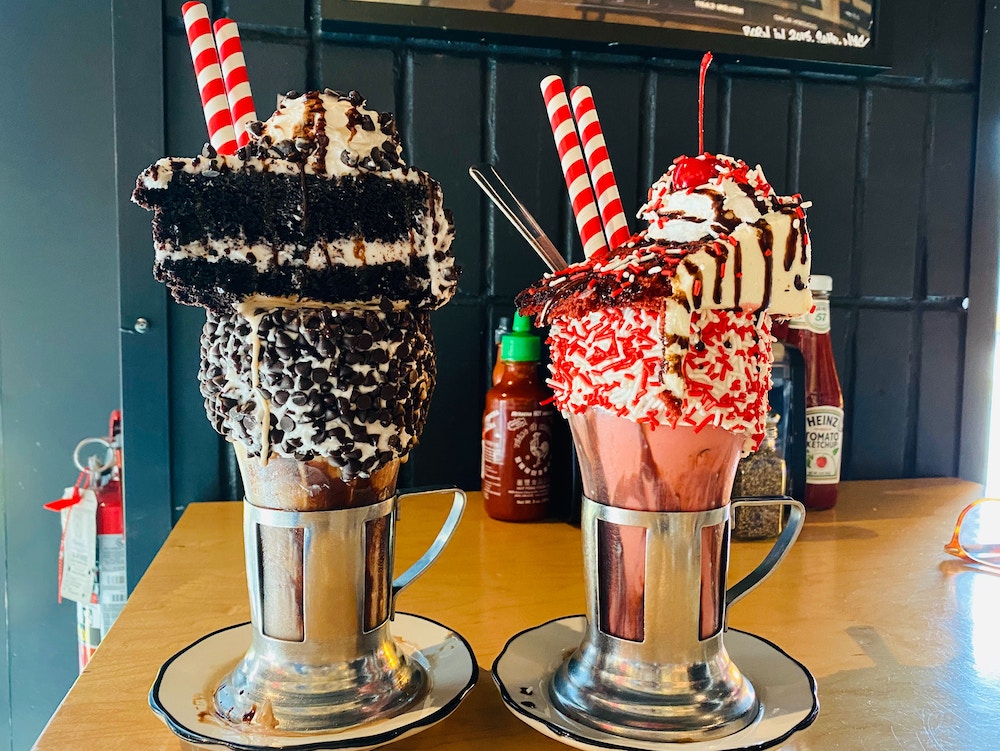 Since the Red Velvet CakeShake is only here for Valentine’s Day, we better start with that before it’s gone! 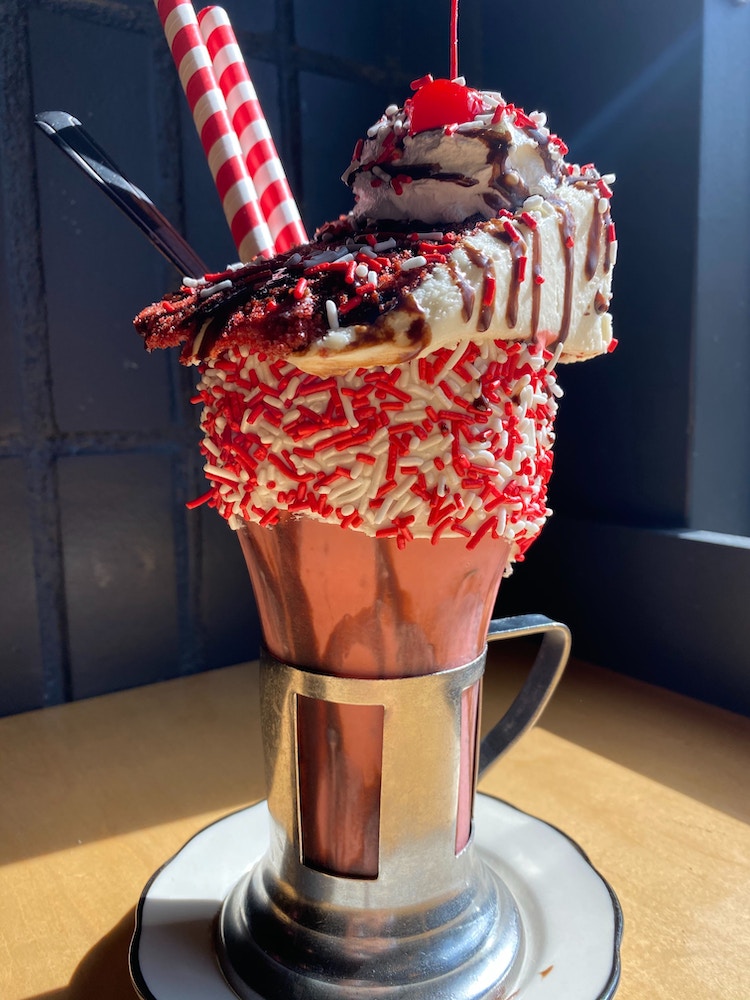 This consists of a Red Velvet Cake Batter Shake with a vanilla frosted rim covered in red and white sprinkles. 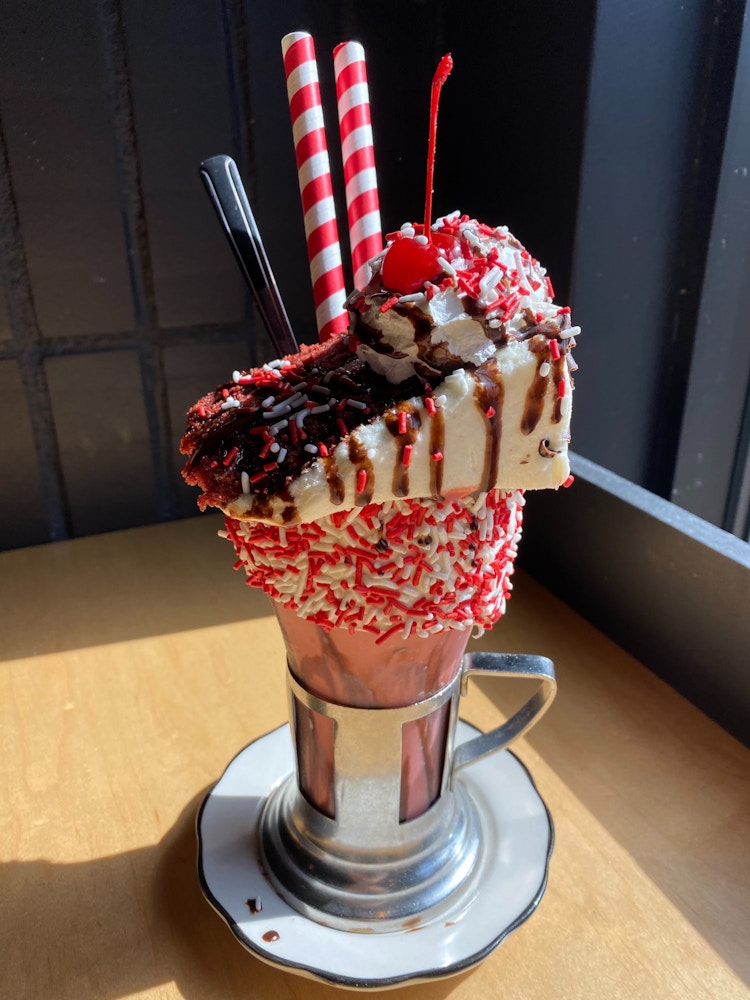 It’s topped with a slice of red velvet cake, red and white sprinkles, whipped cream, chocolate drizzle and a cherry. 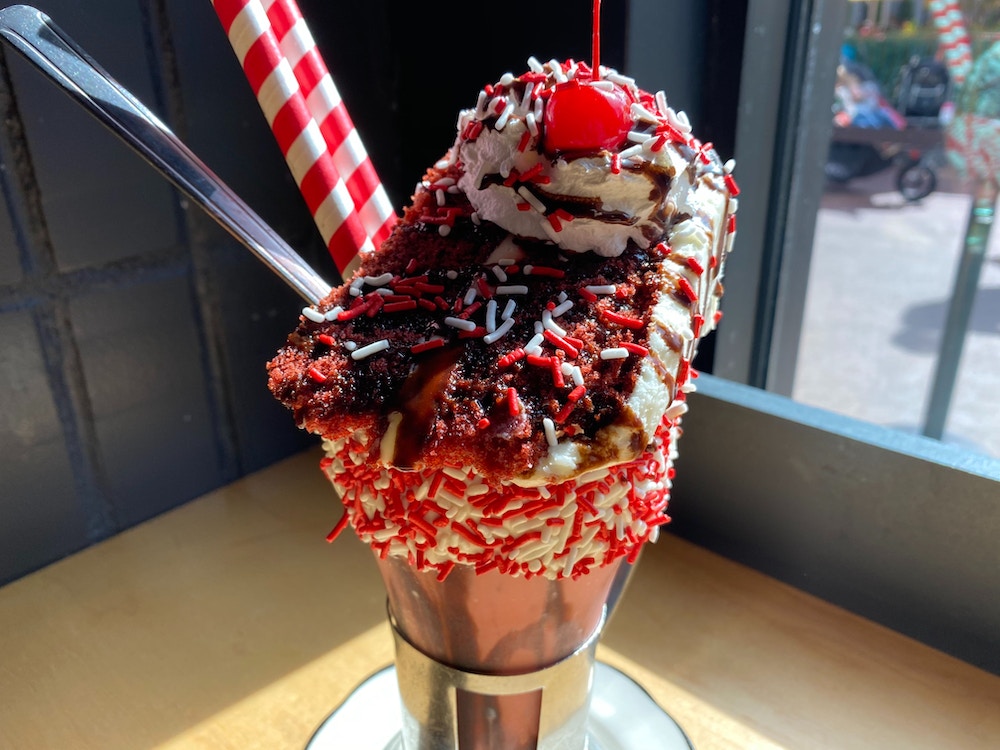 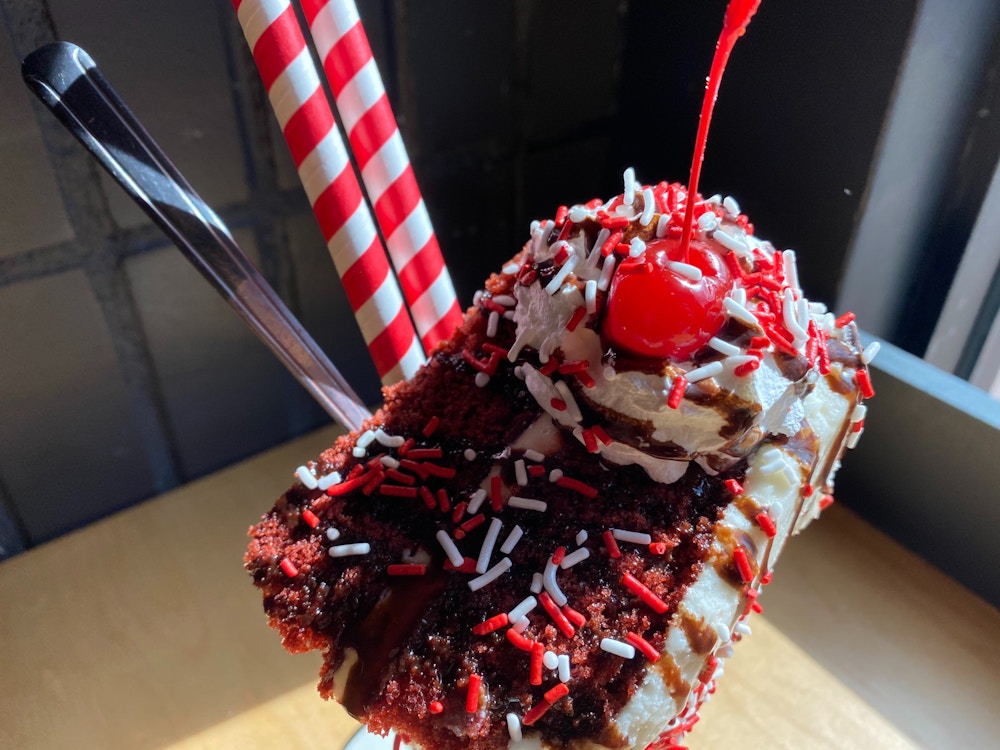 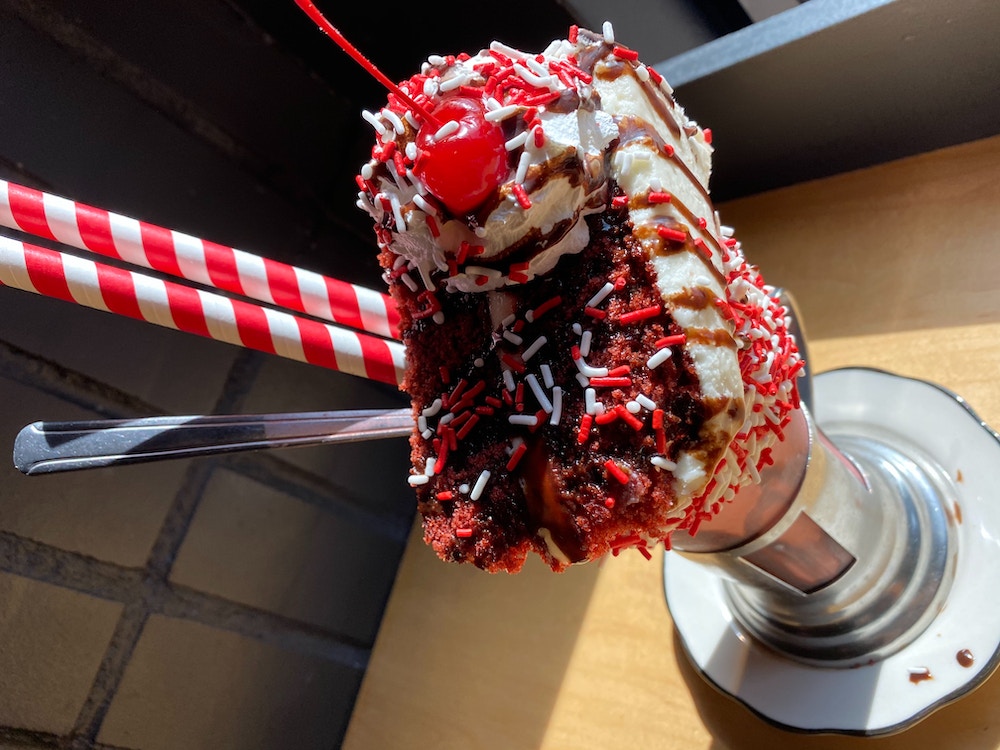 We wished the red velvet shake was here longer than a day because it was delectable. With a cake batter flavor, this is one of the sweetest shakes we’ve tried from Black Tap. The consistency from this shake is a little bit thicker than the Black N’ White CakeShake, but that doesn’t change our opinion on the delicious sugary flavor. A sip of this shake tastes exactly like a bite of cake. 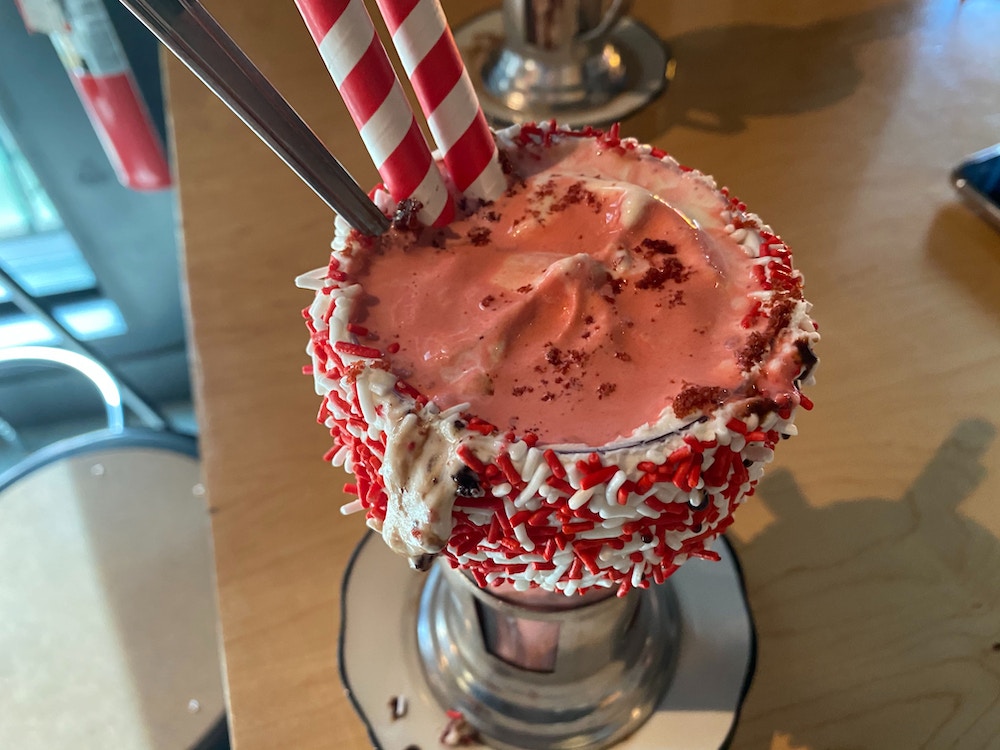 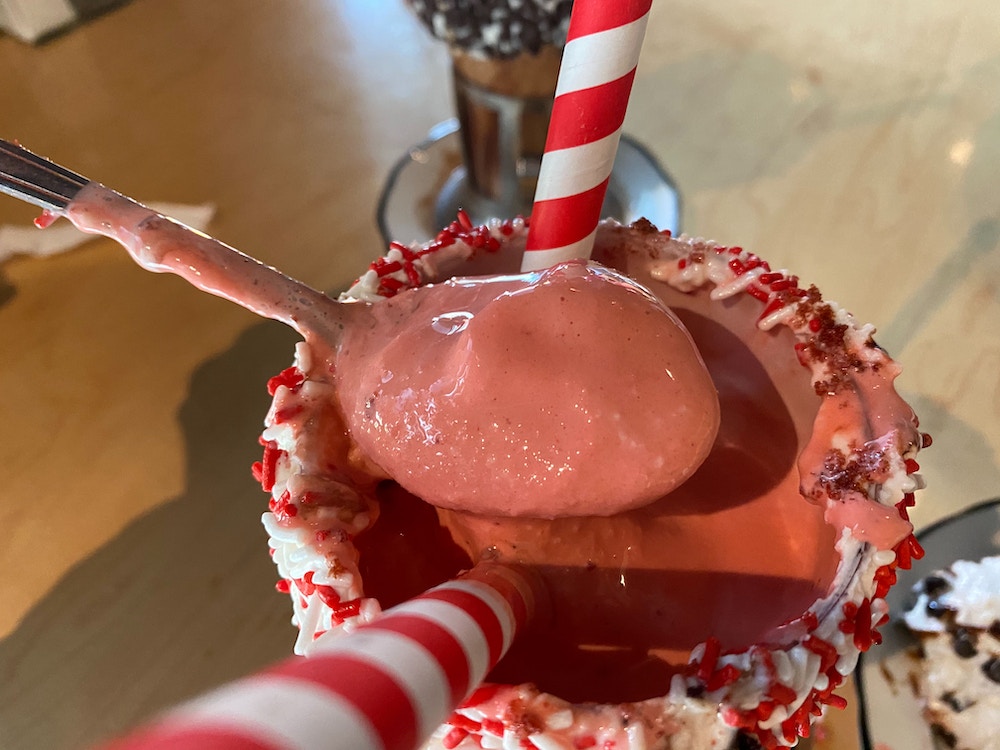 To make it even better, an actual slice of delicious velvet cake is placed on top. The cake itself was very light, but carried that classic red velvet flavor we all love. Not too sweet, but had a rich taste. We wished there was a little bit more icing because it compliments the cake so well. The icing almost tasted like a cream cheese frosting, but not as heavy as that. This is the perfect treat to share with your sweetheart this Valentines Day. 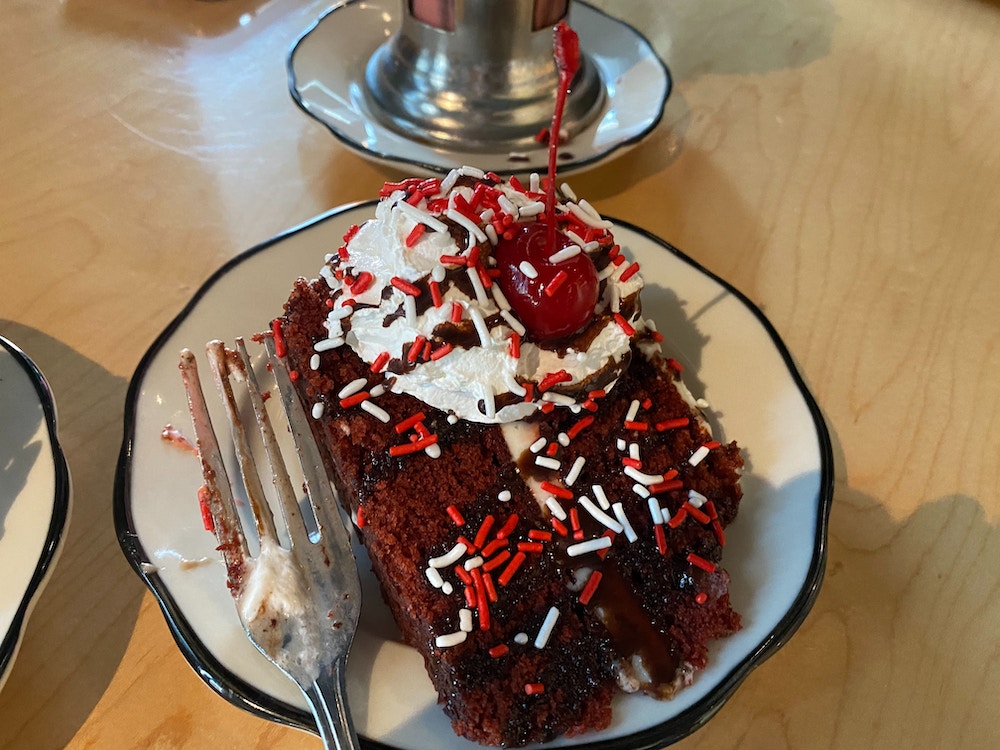 And sometime love’s so obvious, it’s black-and-white. Hey, that sounds like a good segue to the Vegan Black N’ White CakeShake! 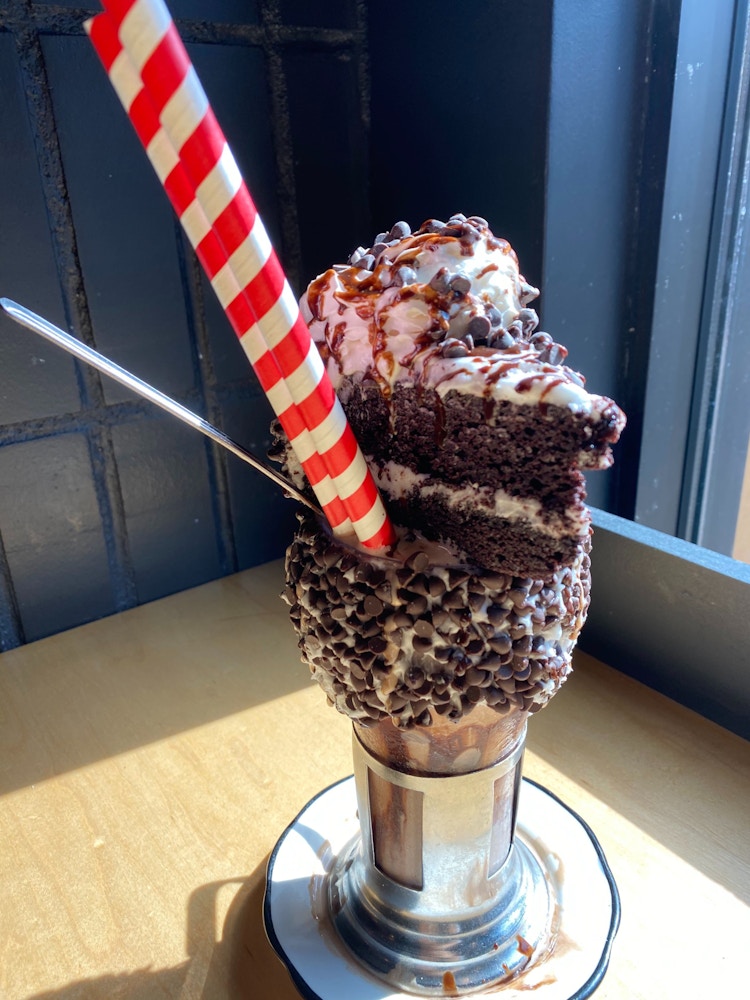 It’s a vegan chocolate soy milkshake with house-made vanilla frosting and mini chocolate chips on the rim, and topped off with a huge slice of black and white cake, whipped cream & chocolate drizzle. 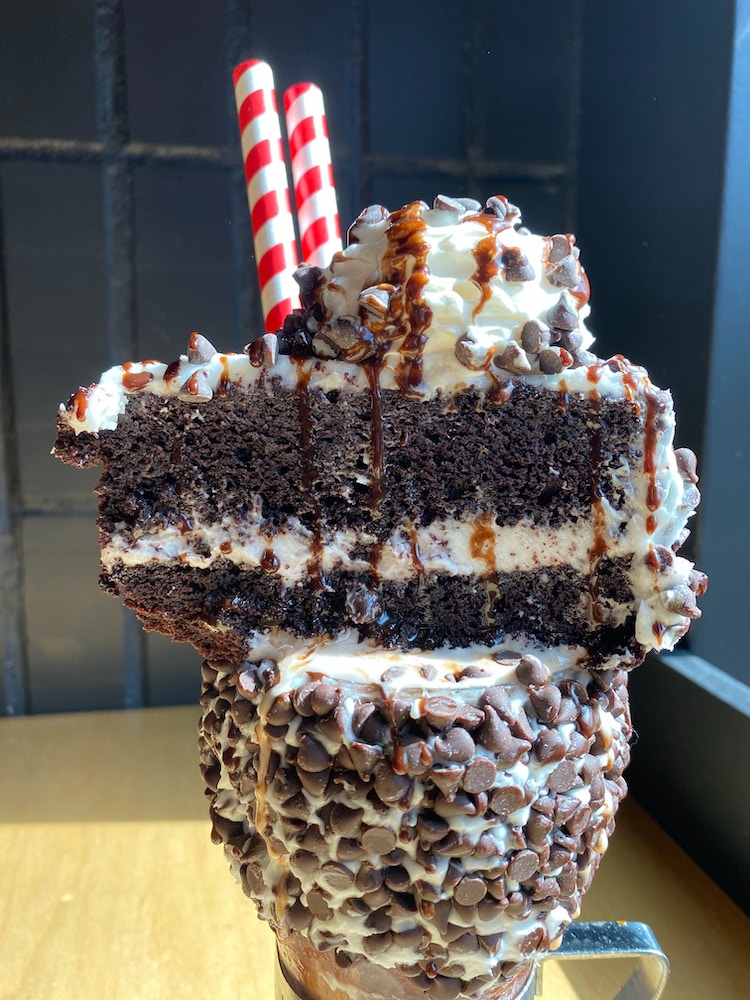 This CakeShake was presented beautifully, with a light brown milkshake topped with a slice of chocolate cake sitting on top. The shake itself was delicious! It was cery sweet, but a little watery. While it was chocolate-flavored, we found it tasting a little bit more on the vanilla side. If we didn’t know this was vegan, we would have never guessed. 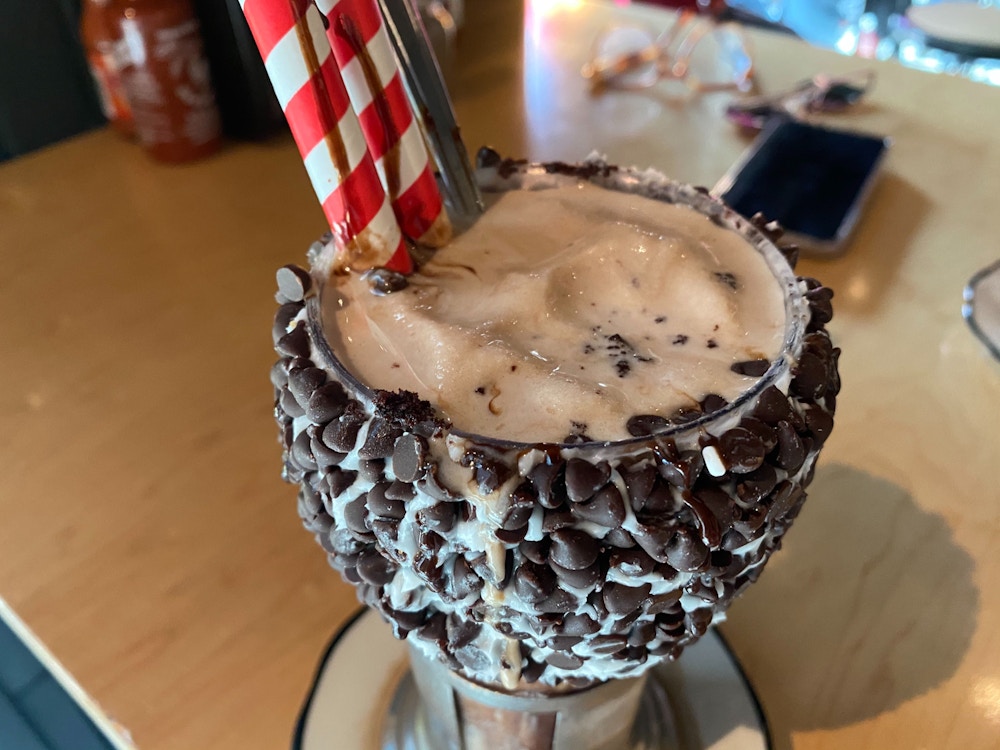 The chocolate cake that sat on top of the shake was our favorite part. It was dense, with that warm rich chocolaty flavor that we all love. The cake itself was also very moist. The vanilla frosting was creamy and not too sweet. It complimented the cake very well. And when mixed in with the shake itself, it made for a very delicious treat. This is a great shake for any vegan with a sweet tooth. 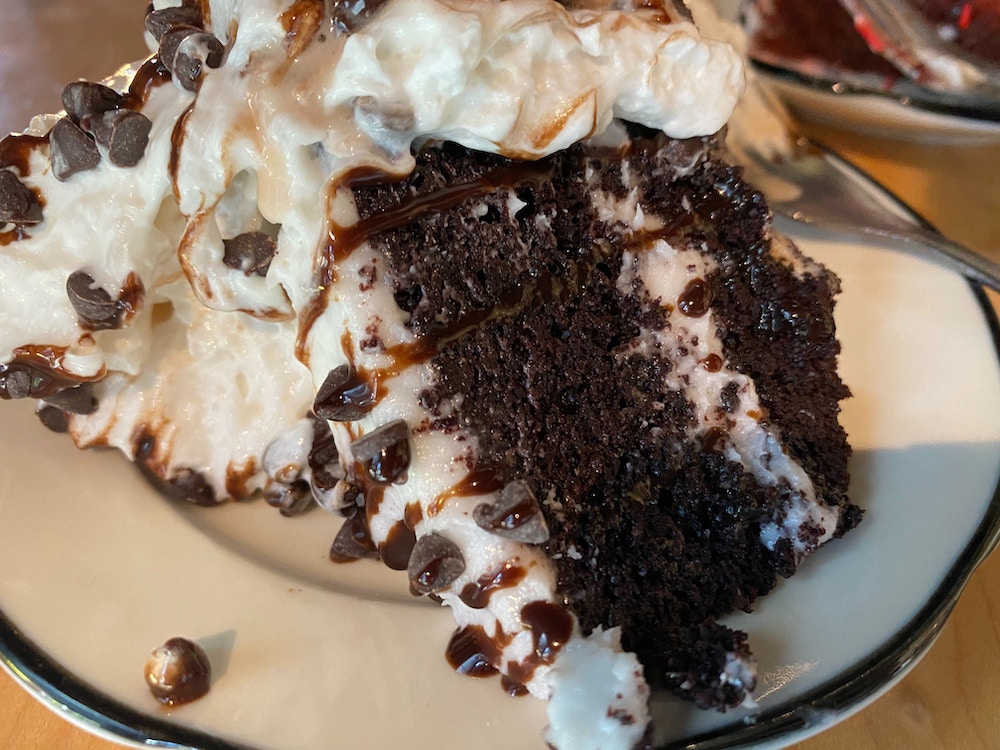 Both shakes sell for $19.00 each. So if you’re looking for something sweet for Valentine’s Day, or something chocolate-y any other time, Black Tap has some delectable offerings for you! 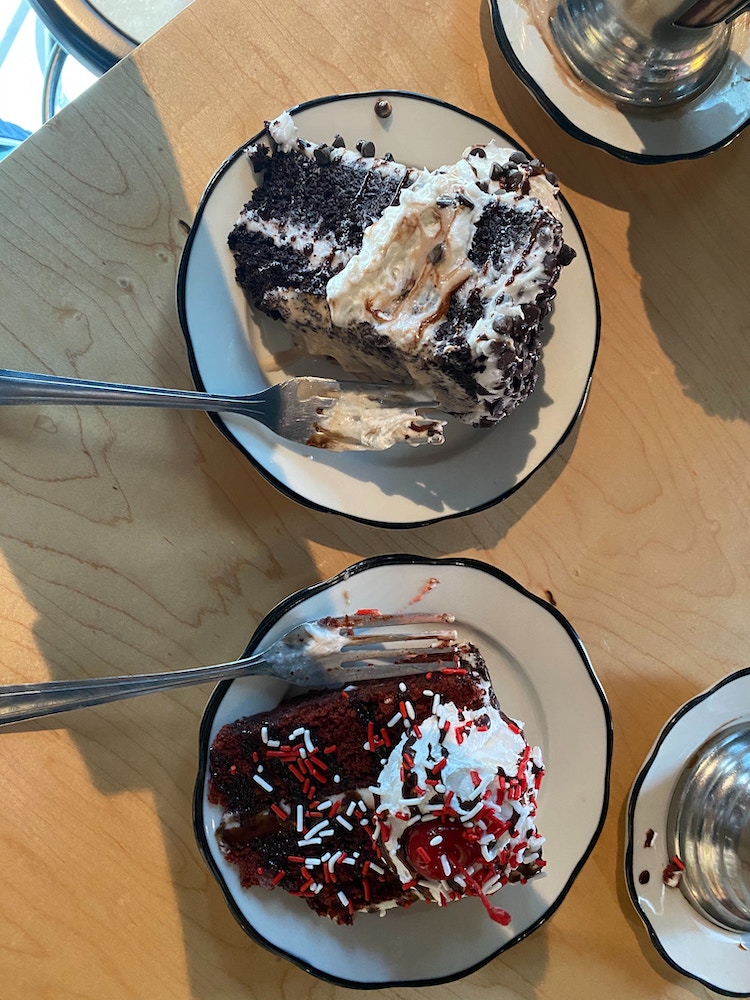 Which shake would you like to try? Let us know in the comments below, and keep reading WDWNT and Disneyland News Today for reviews on new food offerings all around the Disneyland Resort! 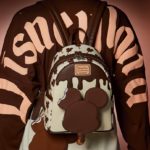