Disney has just announced that Senior Executives for the Walt Disney Company will be taking salary cuts to help in the midst of the unprecedented effects of COVID-19 on the company and the indefinite closure of Disney Parks across the globe.

Bob Chapek sent out an email earlier saying all senior executives will have their pays reduced during this period. Chapek himself is having his salary reduced by 50%. Bob Iger has agreed to forgo 100% of his salary. Various decreases in pay for SVPs, EVPs, and VPs have also been enacted: VP by 20%, SVPs by 25%, EVP by 30%. For reference, Bob Chapek’s base salary is currently $2.5 million, according to a document filed with the Securities and Exchanges Commission. He is also eligible for a bonus of “not less than 300% of the annual base salary.”

Here is the full email as posted by @ScottGustin via Twitter: 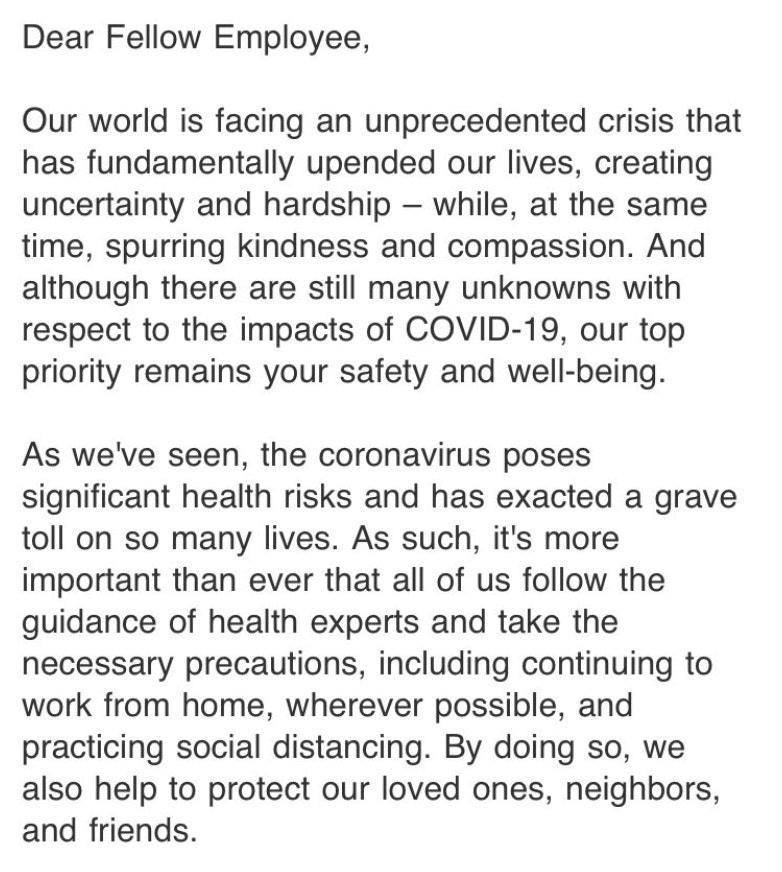 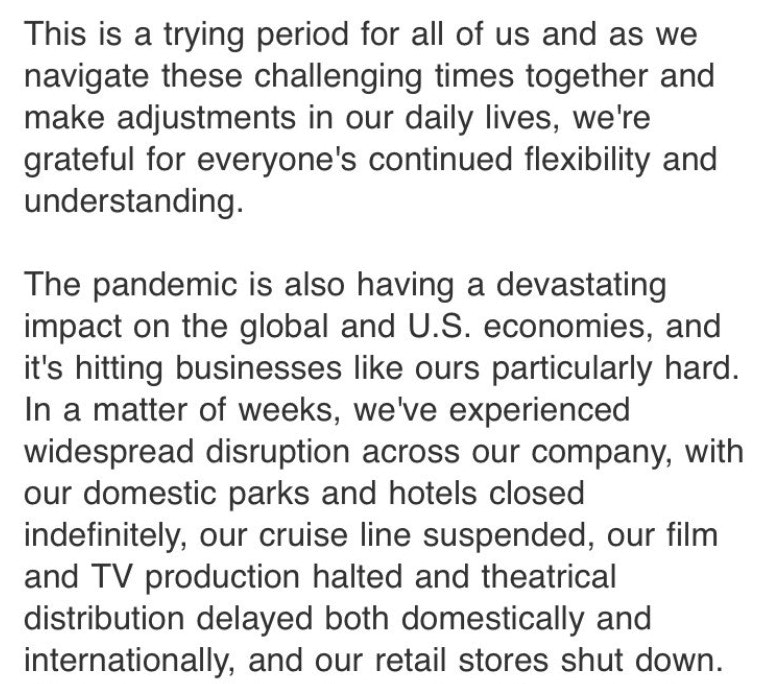 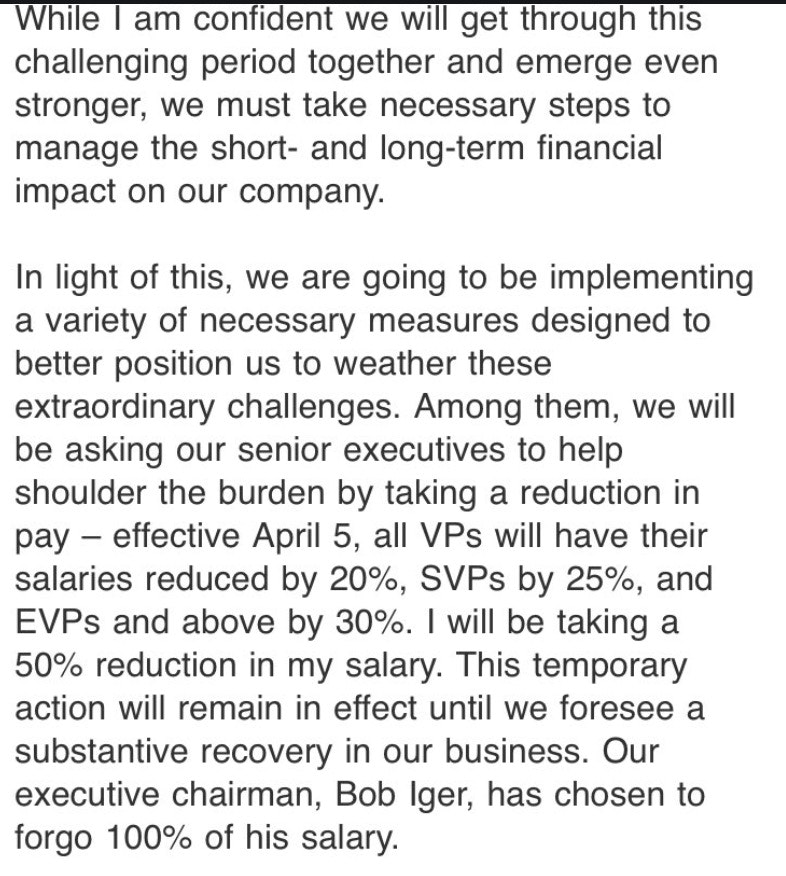 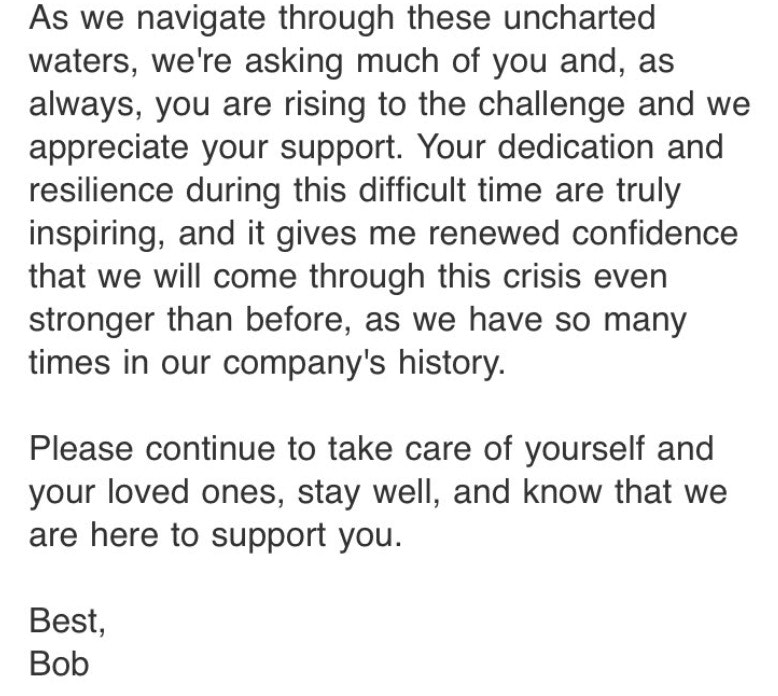 The salary cuts are temporary, but will remain in effect “until the company forsees a substantive recovery in business”, according to the email sent out by Bob Chapek to Cast Members earlier today. Salary cuts are to go into effect on April 5th.