With Disney Parks around the world closed due to the Coronavirus (COVID-19) pandemic, we’re taking a look at the offerings on Disney+ that reminds us of the parks we love. Today, we’re traveling through the park that started it all: Disneyland! 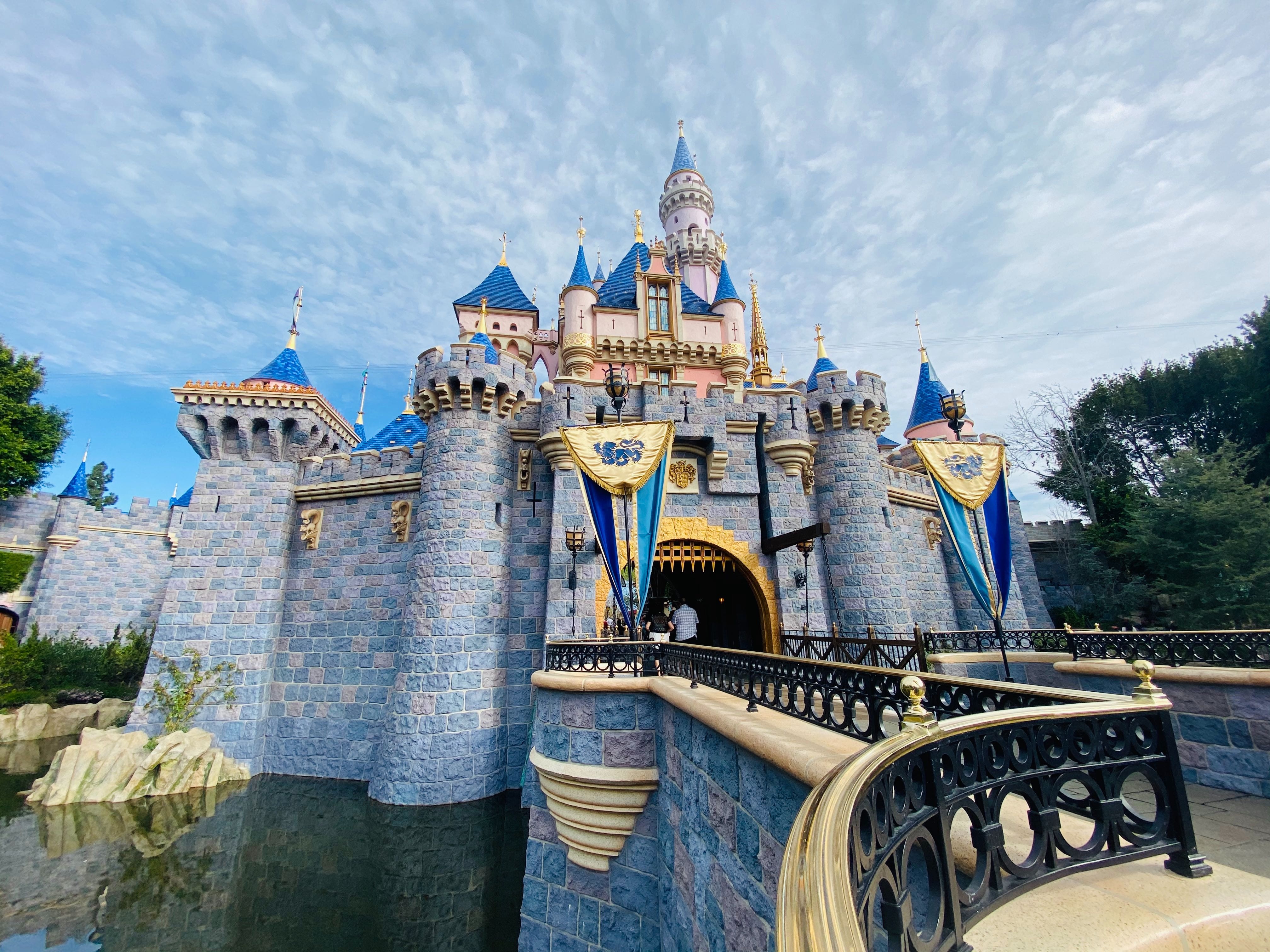 Naturally, each of these parks is covered in the Disney+ Original Series “The Imagineering Story.” If you want to see some of the stories behind the creation of Disneyland, be sure to check out Episode 1, “The Happiest Place on Earth.” 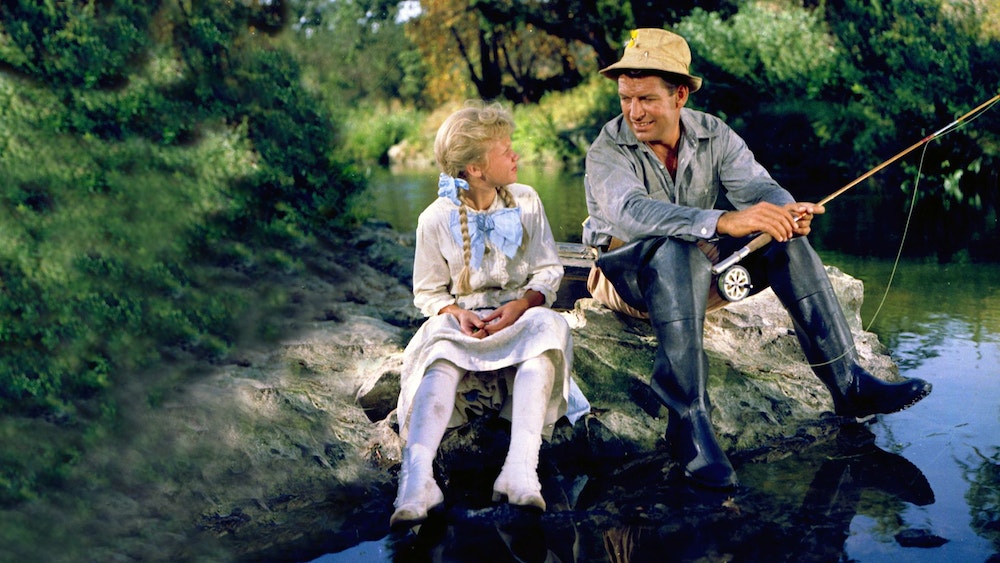 A celebration of turn-of-the-century small town America, a classic Walt-era film that espouses that charm and Walt’s undying optimism is Pollyanna. This was the first Disney film to star Hayley Mills, who would star in five more films for the studio and become a Disney Legend in 1998. Or get that retro Disney vibe with episodes of a classic series, “The Mickey Mouse Club.” But if you want a look into Disneyland’s past, the “Walt Disney’s Wonderful World of Color” episode “Disneyland Around the Seasons” offers great significance, as it offers a glimpse into the park as it appeared in the mid-1960’s, and it was the first episode of the anthology series to air following Walt’s passing on December 15th, 1966. 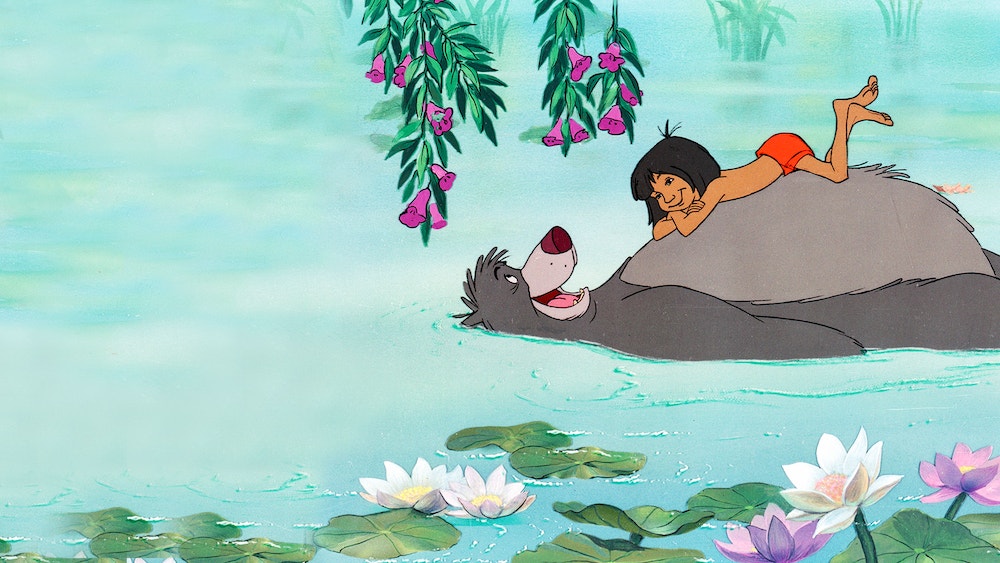 While we already know Dr. Jones’ adventures are on another streaming service, and the other perfect Adventureland movie isn’t even out yet, one classic Disney film that springs to mind  when I’m in Adventureland is The Jungle Book, which captures the playful, adventurous tone of the land. If one movie isn’t enough of Mowgli and Baloo, there’s also the 2003 animated sequel, The Jungle Book 2, and a live-action prequel, The Jungle Book: Mowgli’s Story. And for more animated adventures, keep an eye out in June, when Tarzan swings onto the streaming service in the United States. But for some real-life animal adventures, check out the series of films that inspired the Jungle Cruise, True-Life Adventures. Appropriate choices for Adventureland include 1955’s The African Lion and 1960’s Jungle Cat. 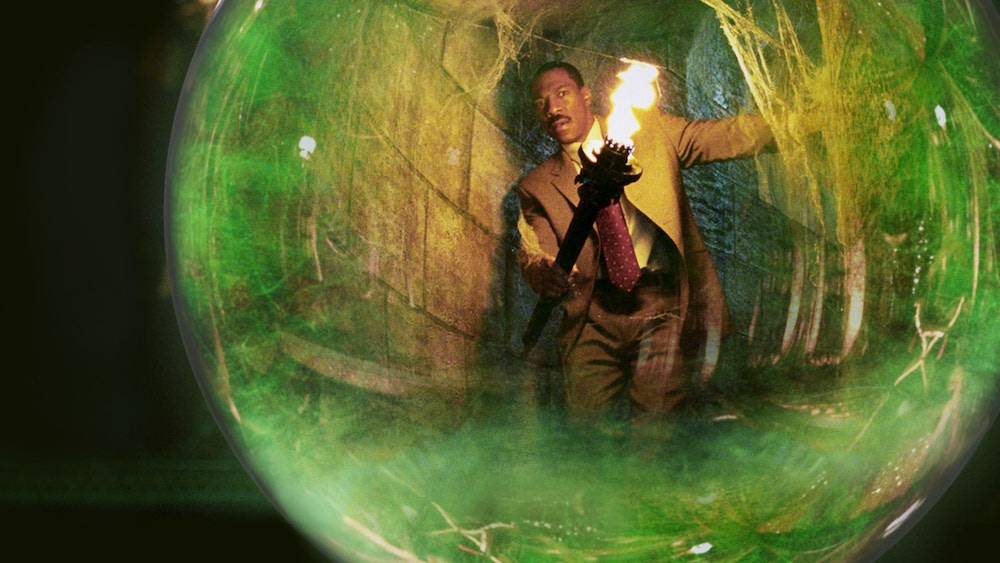 New Orleans Square is an area that matches the eclectic nature and lore of the Big Easy itself, while attraction-wise, it’s dominated by two Disney Parks icons, each of which has been the inspiration for outings on the silver screen. The grim grinning ghosts of Gracey Manor got their moment on the big screen with Eddie Murphy in 2003 in The Haunted Mansion, while that year also gave us Pirates of the Caribbean: The Curse of the Black Pearl. In the end, Captain Jack Sparrow proved more popular than Madame Leota’s film, and thus we would four more Pirates movies, including Pirates of the Caribbean: Dead Man’s Chest and Pirates of the Caribbean: At World’s End. For more of that New Orleans feel, check out the modern classic, The Princess and the Frog. Or if you’re already set to start the Halloween or holiday season, take a visit to Halloween Town in The Nightmare Before Christmas. 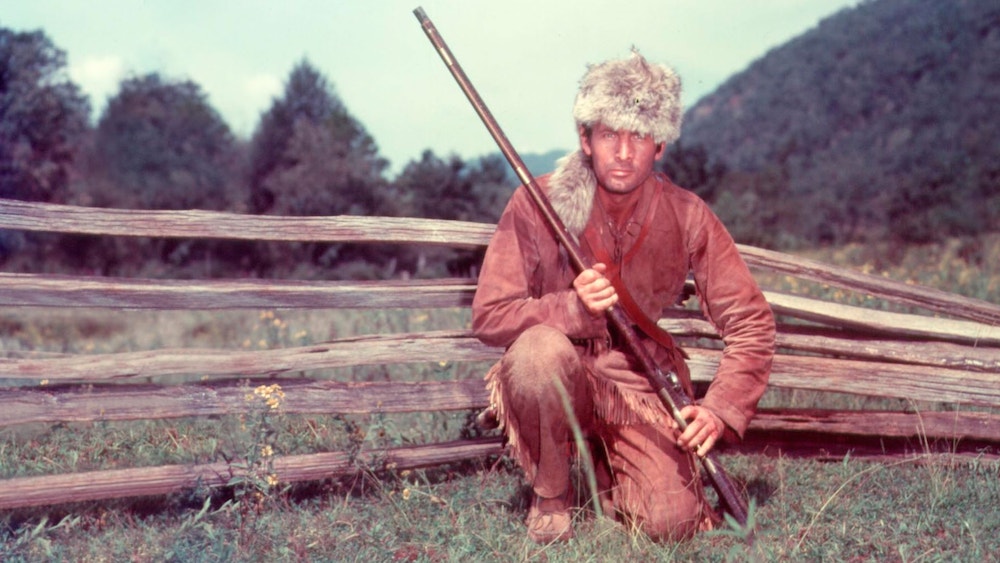 When Disneyland opened its doors on July 17th, 1955, America was so enamored with Disney’s television take on Davy Crockett that Fess Parker appeared in character as the frontier legend to help open Frontierland. Also in 1955, Disney edited the first three episodes of the Davy Crockett miniseries and compiled them together in the film Davy Crockett, King of the Wild Frontier. The final two episodes, where Crockett meets Mike Fink, make up the follow-up film, Davy Crockett and the River Pirates. But if you’re itchin’ to find pirate treasure on Tom Sawyer Island, try Treasure of Matecumbe, which offers up Mark Twain-inspired adventure. Or if it’s frontier animals that strike your fancy, try the True-Life Adventures The Living Desert and The Vanishing Prairie, or that timeless classic, Old Yeller. (Keep the tissues nearby.) 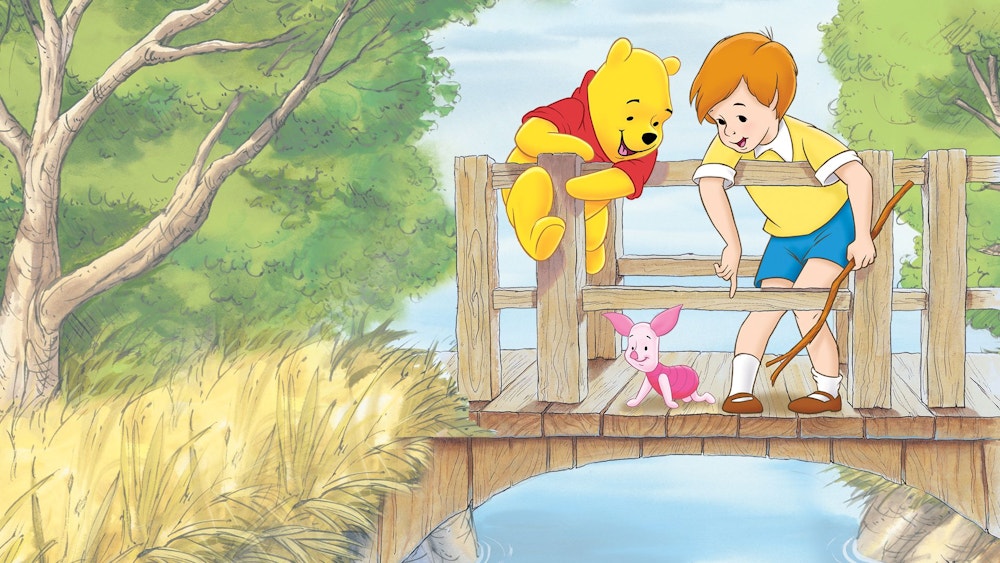 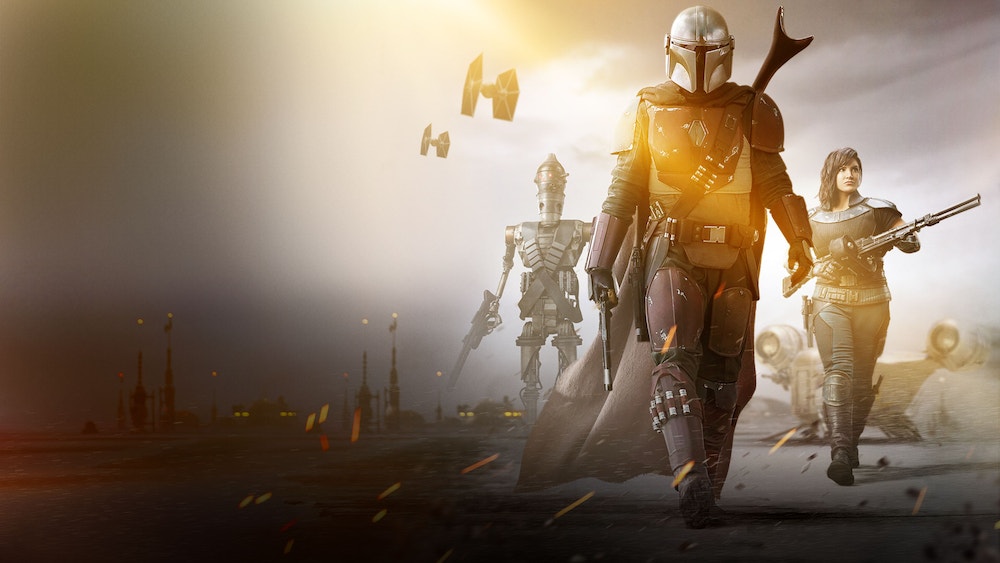 The newest land at Disneyland brings the world of a galaxy far, far away to life. And why not pair these new adventures with one of the newest adventures in the Star Wars universe? The Disney+ original series “The Mandalorian” offers excitement, compelling drama, and a pretty popular character you may have heard of. Whether you haven’t seen it yet or re-watching it while anxiously waiting for season two, it’s an adventure worthy of the Star Wars name. I have spoken. 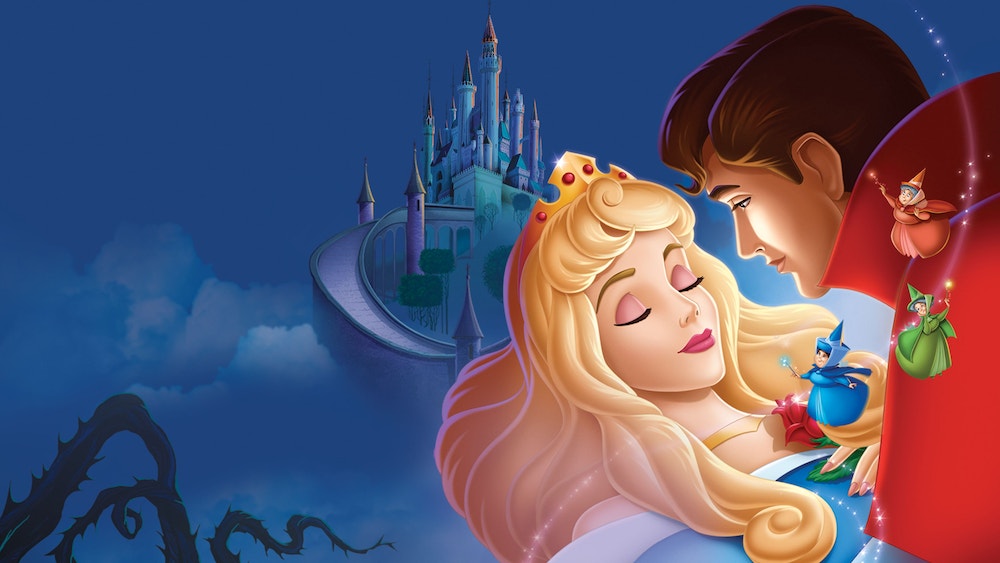 The realm of fairy tales and fantasy is well-represented on Disney+. Since the castle is the focal point of the park, why not start with the inspiration for Disneyland’s castle, Sleeping Beauty? Many of the rides in Fantasyland were based on animated films. See Snow White’s scary (and sweet) adventures with Snow White and the Seven Dwarfs. Take a daring journey with Pinocchio. Fly with Peter Pan and soar with Dumbo. (And don’t forget, you have your choice of animated original or live-action/CGI remake on that last one!) Head for Wonderland (and avoid the wrath of the Queen of Hearts) with Alice in Wonderland. Watch Wart lift The Sword in the Stone! And watch out for motor-mania in The Adventures of Ichabod and Mr. Toad. Fun and fantasy abound on Disney+! 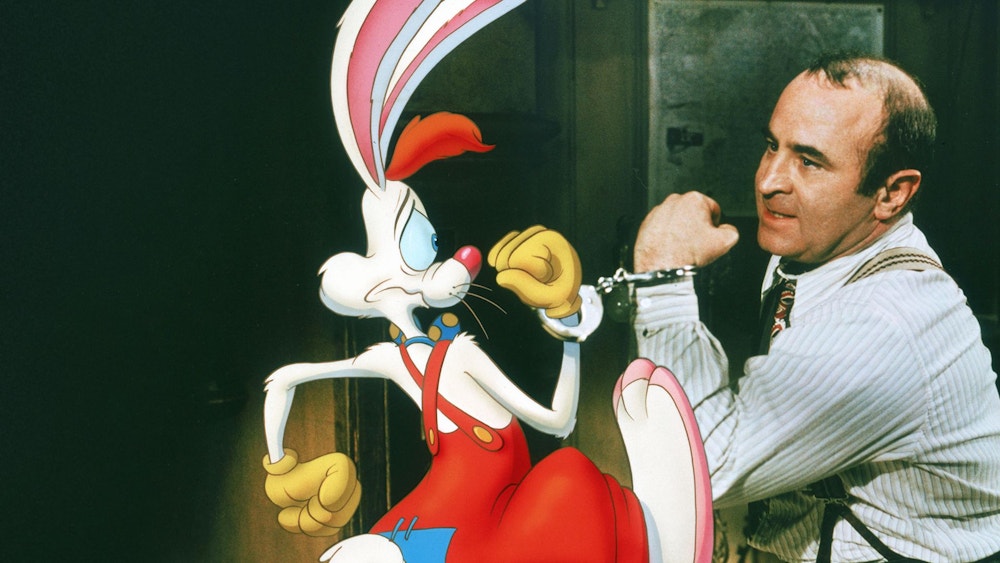 The home to cartoon characters, Mickey’s Toontown is represented with plenty of animated fun on Disney+. I suggest starting with the film that partially inspired the land, Who Framed Roger Rabbit, which later inspired the premier attraction of the land, Roger Rabbit’s Car Toon Spin. Missing Gadget’s Go Coaster? See Gadget Hackwrench in action in “Chip ‘n Dale: Rescue Rangers.” Looking for some fun with Mickey Mouse, Donald Duck, Goofy and the rest of the gang? Disney+ offers a selection of cartoon classics including Steamboat Willie, The Band Concert, Lonesome Ghosts, Pluto’s Christmas Tree, The Little Whirlwind, and Lend a Paw. Want more? Watch a cartoon character fight crime in Los Angeles in “Bonkers.” Or prepare for the future and watch the new “Mickey Mouse” shorts ahead of the opening of Mickey & Minnie’s Runaway Railway. On Disney+, there’s toons galore! 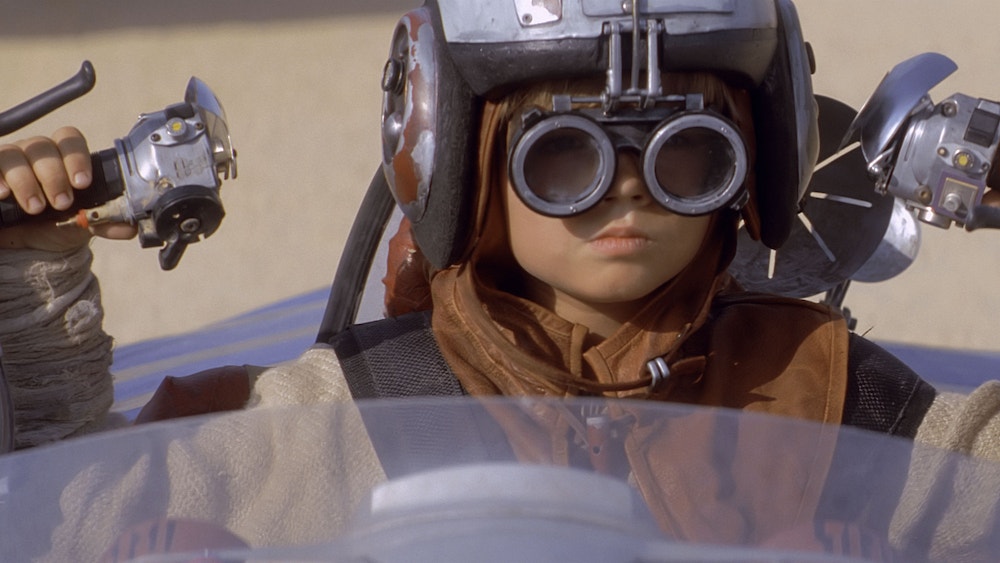 Star Tours – The Adventures Continue takes guests to locations from throughout the Star Wars saga, including the prequel trilogy: Star Wars Episode I: The Phantom Menace, Star Wars Episode II: Attack of the Clones, and Star Wars Episode III: Revenge of the Sith. You may love them or you may hate them, but with so much time to spend at home, maybe they’re worth going back and reevaluating. You could also voyage to the sea and see Marlin and Dory hunt for someone special in Finding Nemo. Take a flashlight and aim for the Z’s when Zurg shows up in Toy Story 2. Looking for more futuristic fun? Journey into the future and Meet the Robinsons. See a crew encounter a maniacal scientist in space on the verge of The Black Hole. Or take a step back to the days when Disneyland had a PeopleMover and enter the world of Tron. There’s truly a great, big beautiful tomorrow on Disney+! 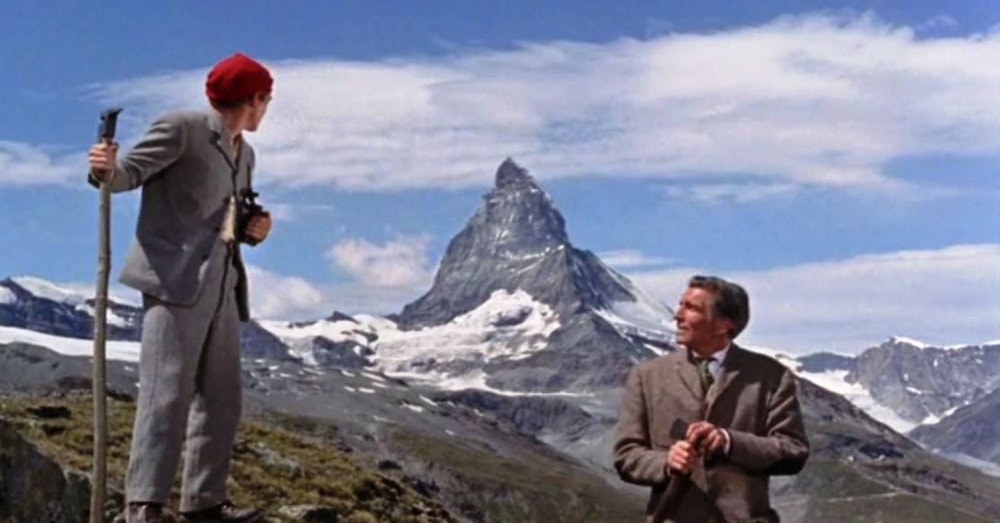 Ready to explore beyond Disney+? Check out the film that helped to inspire the Matterhorn Bobsleds, Third Man on the Mountain. Take a live-action ride (along with several members of Monty Python) with the 1996 version of Mr. Toad’s Wild Ride. Get that Main Street, U.S.A. feeling with films like The Happiest Millionaire, Follow Me, Boys!, and The One and Only, Genuine, Original Family Band. Or break out those Walt Disney Treasures box sets and enjoy Disneyland, U.S.A., and Disneyland: Secrets, Stories, and Magic, which offers a feature-length documentary chronicling the history of the Happiest Place on Earth.

I hope you’ve enjoyed this cinematic tour through Disneyland. If you want more recommendations, check out our playlists for the Magic Kingdom, EPCOT, Disney’s Hollywood Studios and Disney’s Animal Kingdom. Keep reading WDWNT and Disneyland News Today as we get ready to celebrate California!