Disney Parks around the world may be closed due to the Coronavirus (COVID-19) pandemic, but that doesn’t mean we can’t soak up some California sun on Disney+! Our continuing tour of the Disney Parks on the streaming service has brought us to our final stop in the United States: Disney California Adventure!

Naturally, each of these parks is covered in the Disney+ Original Series “The Imagineering Story.” If you want to see some of the stories behind the creation of Disney California Adventure, be sure to check out Episode 4, “Hit or Miss.” 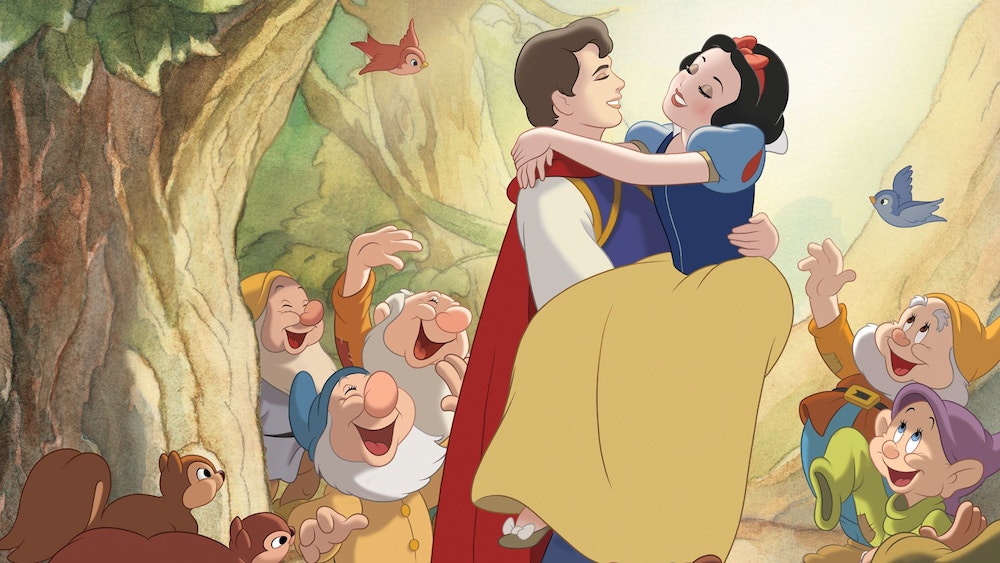 Buena Vista Street stands as a tribute to the Los Angeles Walt Disney encountered when he arrived in the Golden State in the 1920’s. The key icon of the land is the Carthay Circle Restaurant, which is a replica of the Carthay Circle Theatre, which hosted the premiere of Snow White and the Seven Dwarfs in 1937. For some parks-style fun, have a “gala premiere” in your own home while watching the film! Add some extra Disney magic and start with the cartoon that brought Mickey Mouse to the world, Steamboat Willie. Miss the Red Car Trolley News Boys since their show ended? Enjoy some news boys capable of incredible singing and dancing with Newsies! Or take in the filmed version of the corresponding Disney on Broadway production, which is great entertainment. 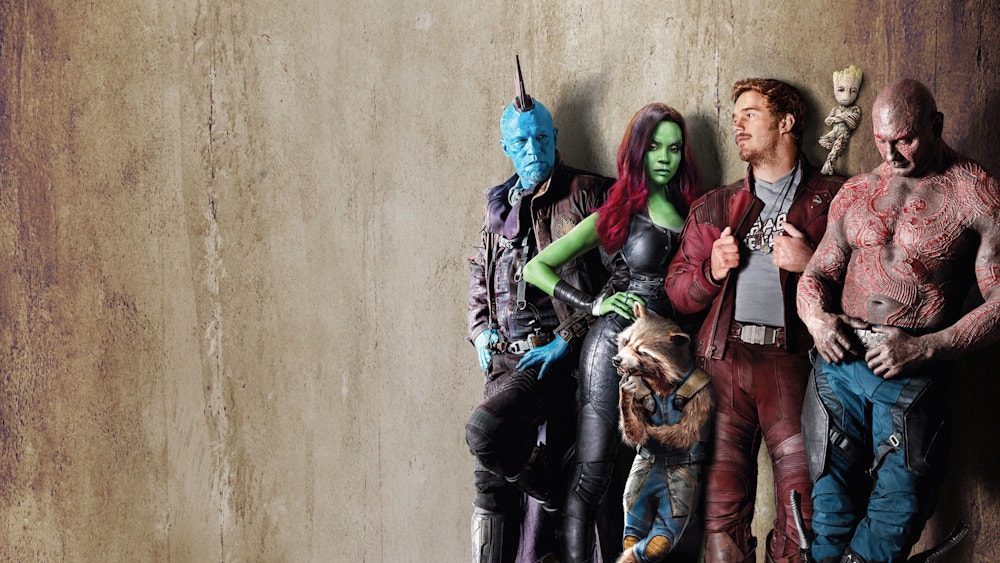 Hollywood Land is where movie magic can be found, and thankfully, many of those stars of the silver screen have made it onto Disney+. While we wait to “BREAKOUT!” to the parks once more, blast off for action and adventure with Star-Lord, Gamora, Drax, Rocket, and Groot with Guardians of the Galaxy and Guardians of the Galaxy Vol. 2. If you’re looking to scare up some laughs, enjoy the antics of Mike and Sulley in Monsters, Inc., Monsters University, and the shorts Mike’s New Car and Party Central. Or enjoy a masterclass on the history of Disney animation with the documentaries Frank and Ollie, which features the careers of Frank Thomas and Ollie Johnston, two of Disney’s famed “Nine Old Men,” and Waking Sleeping Beauty, a chronicle of the people and circumstances that gave birth to the “Disney Renaissance” in the late 1980’s and early 1990’s. Or enjoy Frozen, not live or at the Hyperion! Hooray for Hollywood! 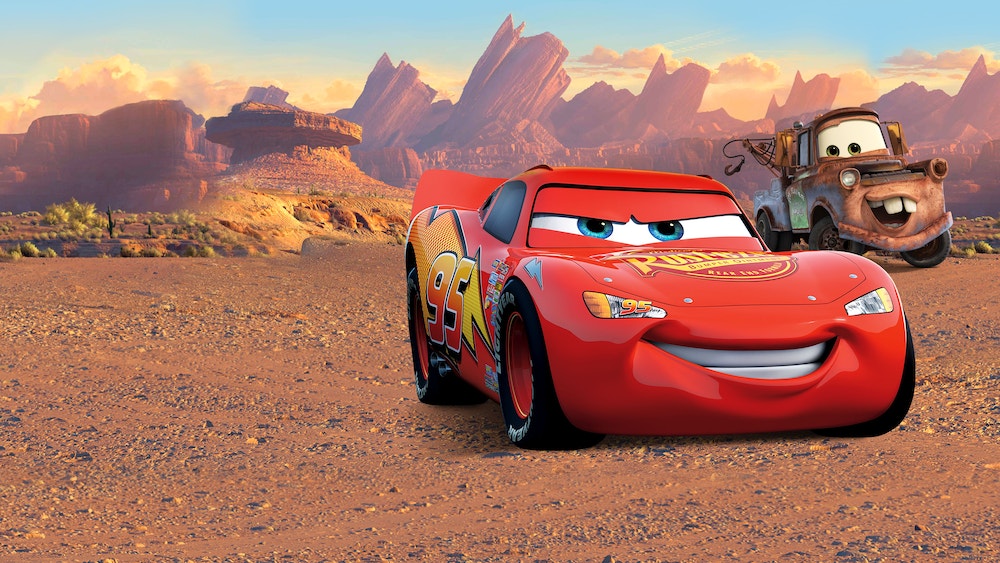 The choices for Cars Land are about as obvious as the choices as the ones for Toy Story Land, so let’s do a quick rundown. There’s Lightning McQueen first speeding into Radiator Springs in Cars. Lightning and Mater take on the world (and a global conspiracy) in Cars 2. And Lightning faces the hardest challenge of his career in Cars 3. Disney+ is also the streaming home of the Cars Toons short series, with highlights including El Materdor, Mater and the Ghostlight, Mater the Greater, and Mater Private Eye. If you can’t get your kicks on Route 66, hit the (virtual) road on Disney+! 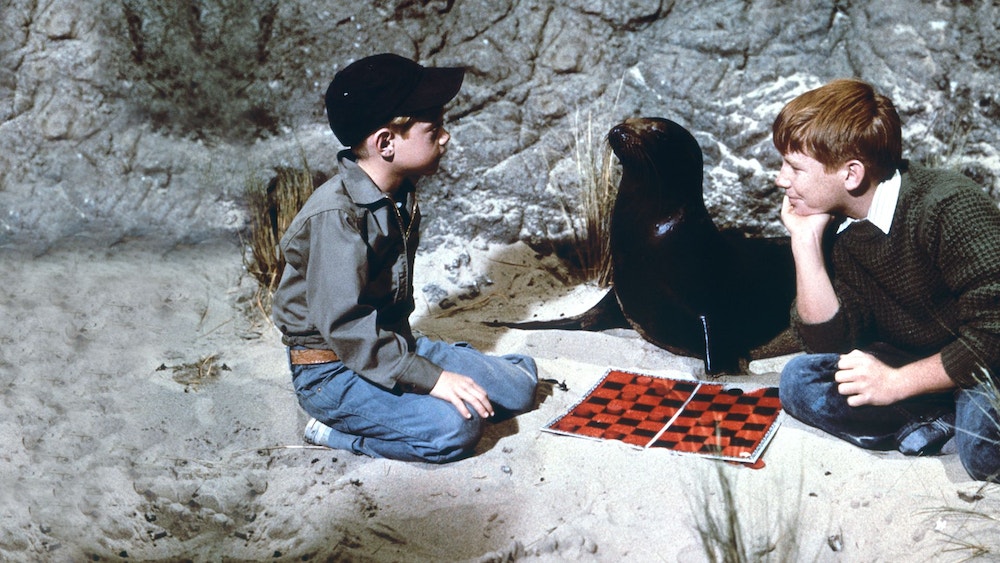 Reminiscent of Monterey’s Cannery Row district, Pacific Wharf is dominated by two concepts: its seaside neighborhood theme and its concentration of restaurants. For nautical fun, try the Walt Disney’s Wonderful World of Color serial Sammy, the Way-Out Seal. But if you’re looking for some culinary inspiration, keep an eye out this week for the premiere of the Disney+ original series “Be Our Chef,” where families create Disney-inspired recipes and are judged by actual Disney chefs. The show premieres on March 27th. On the other hand, if it’s the Walt Disney Imagineering Blue Sky Cellar you’re missing, all six episodes of “The Imagineering Story” can scratch that itch. Other episodes that include Disney California Adventure’s later developments include episode 5, “A Carousel of Progress,” and episode 6, “To Infinity and Beyond.” 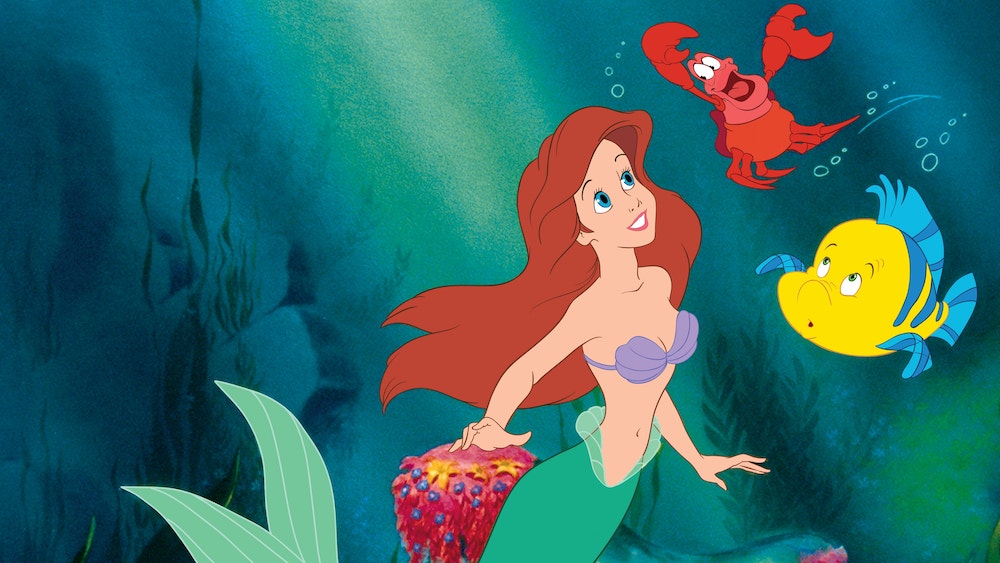 Inspired by the classic boardwalk amusements of the past, one of the biggest draws of Paradise Gardens Park is The Little Mermaid – Ariel’s Undersea Adventure. Of course, Ariel’s adventure in The Little Mermaid is on Disney+. If you want some more time under the sea, there’s also the direct-to-video follow-ups, The Little Mermaid II: Return to the Sea and The Little Mermaid: Ariel’s Beginning are also available to watch, as is the 1992-1994 spin-off animated series. But if you’re looking to go a little goofy, you’re in luck. While Goofy may not be flying in the sky, you can see his grounded adventures with his son, Max, in the animated series “Goof Troop,” as well as in the films A Goofy Movie and An Extremely Goofy Movie. Or take a spin with the classics in the short The Band Concert. It may not be the parks, but it just might feel like paradise. 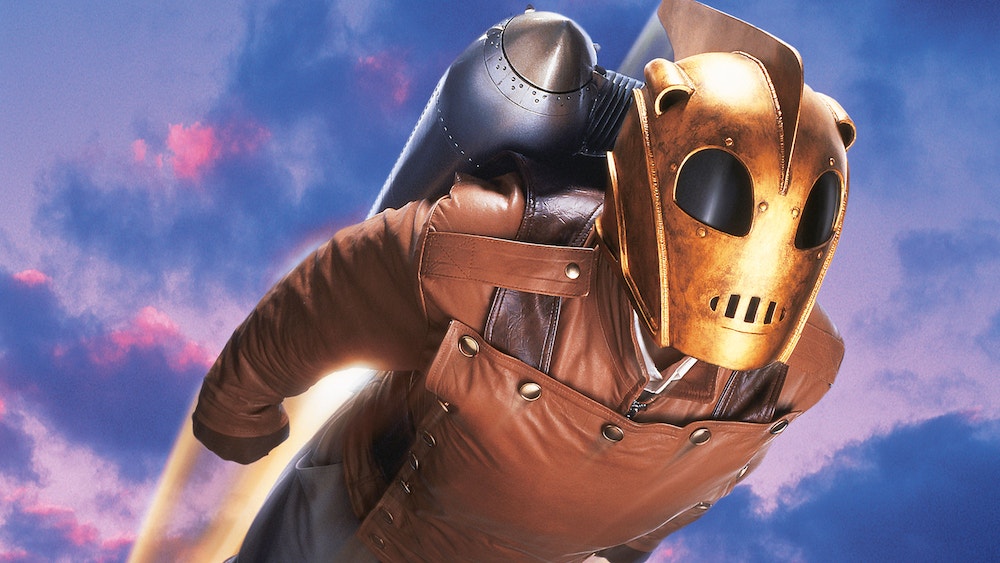 Featuring the majestic redwood forests and the heyday of California aviation, Grizzly Peak is a place for high-flying adventure. And speaking of high-flying, I think Cliff Secord of The Rocketeer and his amazing jetpack would fit right at home at Grizzly Peak Airfield. It’s an underrated gem that I highly recommend. But if you’re looking to get lost in the wild and maybe encounter some furry friends, try the animated film Brother Bear, the live-action films The Bears and I and Benji the Hunted, or the Disneynature documentary Bears. Majesty and adventure abound here! 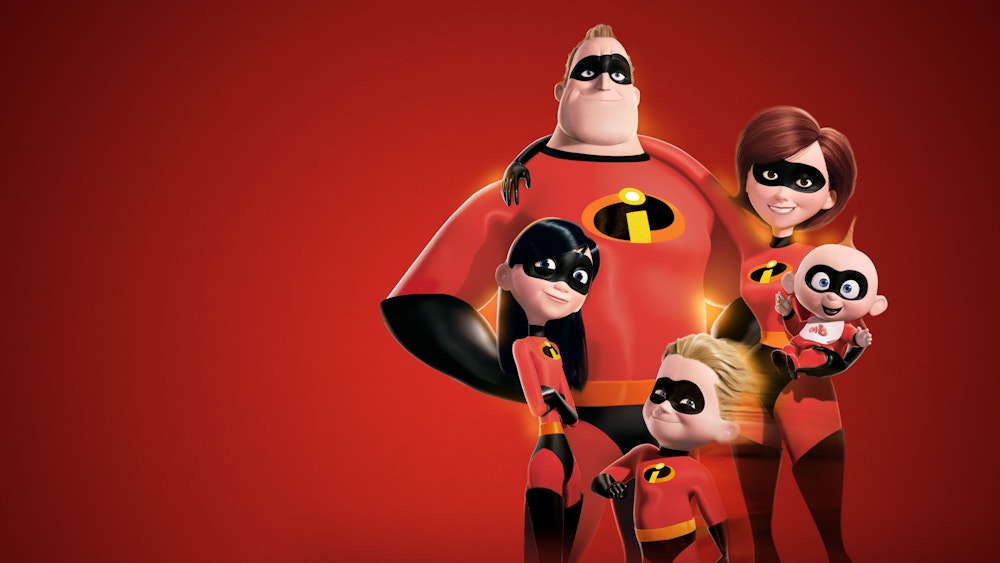 Much like Pixar Pier offers a variety of fun starring the animation studio’s cast of characters, Disney+ is home to a plethora of Pixar fun. You can join the Parr family as they learn to embrace their superpowers in that roller coaster ride of a movie, The Incredibles, and then get up close with the youngest family member in Jack-Jack Attack. Go on an emotional whirlwind with Joy, Sadness, Anger, Disgust, and Fear with Inside Out and the short Riley’s First Date? And if you haven’t had enough Toy Story mania between three other parks, get ready for a rootin’ tootin time with some Toy Story Toons like Hawaiian Vacation, Partysaurus Rex, and Small Fry, the latter of which would prove as the inspiration for Pixar Pier’s Poultry Palace. Look at what’s new at Pixar with SparkShorts, including Purl, Smash and Grab, and Kitbull, or head back to the early years with The Adventures of André and Wally B., Luxo Jr., Red’s Dream, Tin Toy, and Knick Knack. 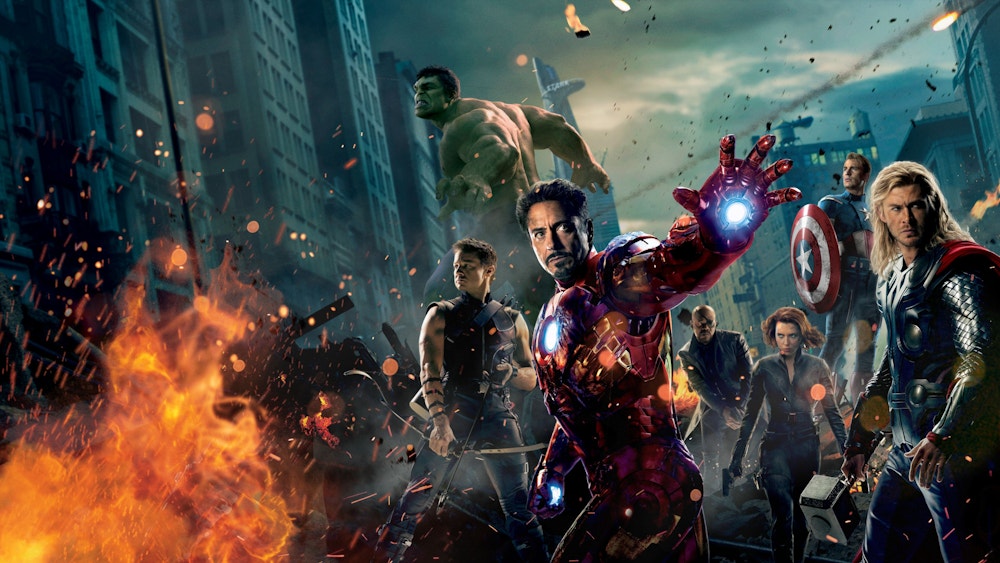 As we begin to wrap up our tour of Disney California Adventure, why not end with a look into the near future? Earth’s Mightiest Heroes are coming to the park when Avengers Campus opens, and if you’re not familiar with Tony Stark, Steve Rogers, Natasha Romanoff, Carol Danvers, or T’Challa, thankfully, you can get a crash course on Disney+. A majority of the films of the Marvel Cinematic Universe are already on the streaming service, with Avengers: Infinity War joining the lineup on June 25th, followed by Ant-Man and the Wasp on July 29th. Origin stories are the focus of Phase One, including Iron Man, Iron Man 2, Thor, and Captain America: The First Avenger, then see the the superhero supergroup assemble for the first time in The Avengers. In Phase Two, Avengers are tested while a new hero emerges in films like Iron Man 3, Thor: The Dark World, Captain America: The Winter Soldier, and Ant-Man, while the team returns to go toe-to-toe with an insidious artificial intelligence in Avengers: Age of Ultron. Phase Three started with a conflict that changed everything in Captain America: Civil War, and even more new faces into the spotlight into the spotlight in Doctor Strange, Thor: Ragnarok, Black Panther and Captain Marvel. And if you’ve already seen Infinity War, see how it ends in Avengers: Endgame. (And don’t forget the Guardians of the Galaxy films!) And once you’ve made it through the MCU, you’ll be able to understand Avengers Campus like a pro. 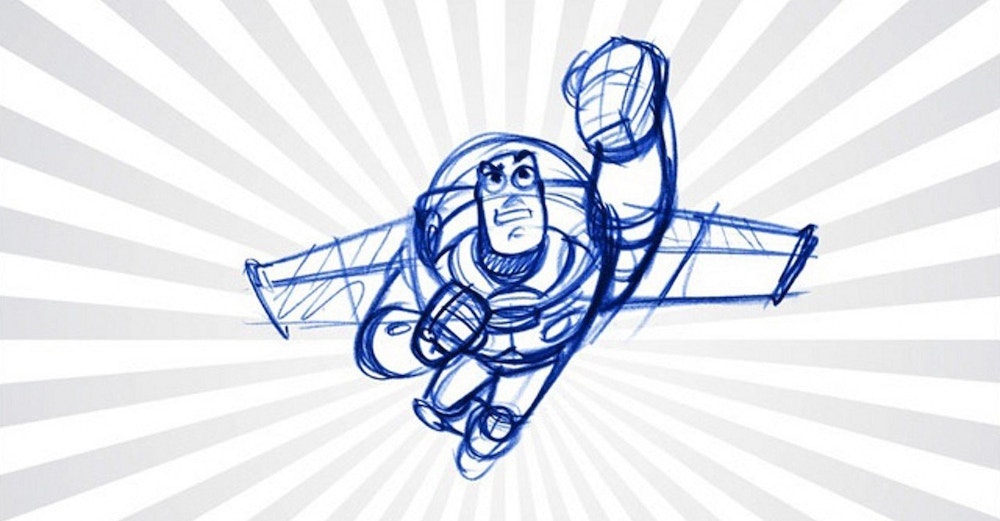 Looking for more California-style adventure beyond Disney+? Learn more about how Pixar grew into the movie powerhouse it is in The Pixar Story. Take a madcap journey around Los Angeles for one heck of a game night in Midnight Madness. Explore the wilds of California’s Sierra Nevada mountains in Homeward Bound: The Incredible Journey, and then see pets on the loose in the City by the Bay in Homeward Bound II: Lost in San Francisco. Or get to know W.E.B.’s star student with Spider-Man: Homecoming and Spider-Man: Far from Home. (And don’t forget the other MCU film not likely coming to Disney+, The Incredible Hulk.)

And with that, our tour through the parks of the Disneyland Resort, as well as Disney Parks across the United States, is complete. If you want more recommendations, check out our playlists for the Magic Kingdom, EPCOT, Disney’s Hollywood Studios, Disney’s Animal Kingdom, and Disneyland. I hope you’ve enjoyed these selections, and remember: if you can’t be at the parks, bring that parks feeling to you!