EDITORIAL: Where (and When) To Catch Some Zzz’s While You’re on the Move at Disney Parks

Where to Give in When Your Body Is Giving Out 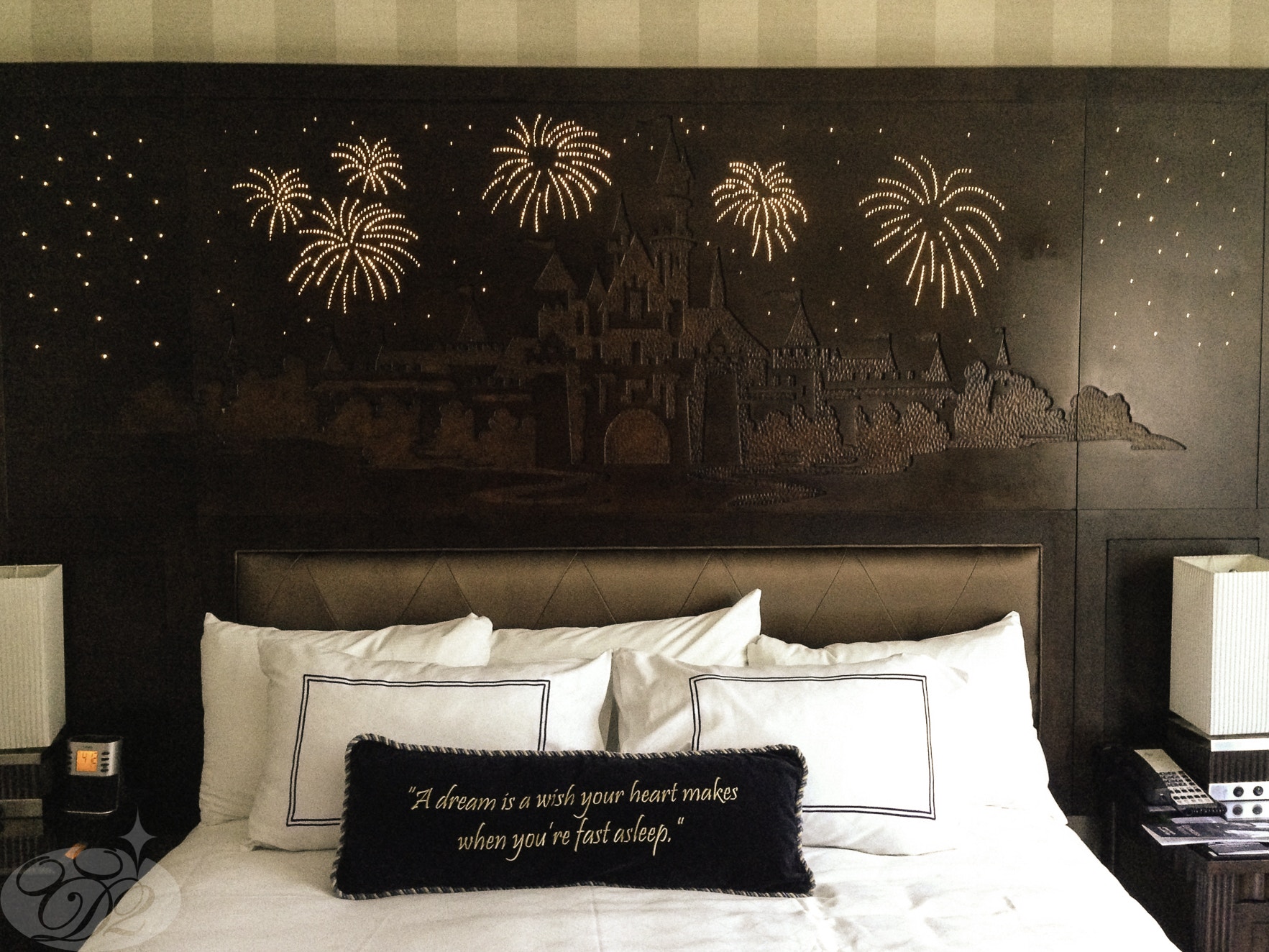 In honor of February 28th being National Public Sleeping Day, it seemed a perfect time to remind everyone of all the ample opportunities available within any Disney park for catching a few needed zzzz’s.

After all, when there’s no parent or guardian to hold you back with logistical considerations and buzz-kill practicality, you go until you drop—because you can. You may tell yourself that hey, the great thing about staying at a Disney Resort is that you can go back at any time and grab a power nap before getting back to the business of un-adult-erated happiness, but hey, that’s way easier said than done. Believe me. As many times as we’ve said that we’ve never done that. Why? Because: In real life, no matter how close the hotel may be, it’s never close enough to the Ground Zero of needing to stop for a spell and suck a second wind out of the rarified Disney air.

Where Does the Time Go?

Even when your comfy Disney resort bed is just a couple monorail stops away, transportation takes time. Just waiting for the transportation takes time. Then there’s the transportation time itself, which is followed by the amount of time and steps it takes to traverse the hotel lobby to the elevator, then down at least one dauntingly long corridor before you’re unlocking your door and falling face down on your comfy Disney resort bed. All that for a power nap that would’ve taken the same amount of time, except now you have to repeat all those steps in reverse in order to get back to where you left off.

That’s how we managed to find ourselves on a shaded bench, overlooking EPCOT’s World Showcase Lagoon, awkwardly and abruptly awakened to the realization that we’d fallen asleep. After going for two and a half days straight, high on our first WDW vacation and the fumes of immortality, we hit the top of the sky and plummeted.

When Do You Say When?

No kidding, when you’re done, you’re done, and it can happen to anyone who doesn’t know how, why, or when to say “when” at Disney. (Okay, we still don’t, but luckily, there’s a daily break point known as “cocktail hour.”)

True confession: When I discovered in that my timeline of the presidents in the Hall of Presidents ended at Calvin Coolidge—the result of having been lulled to sleep by the seductive sound of snoring from one row back and two seats over (at the time, it rolled in, and then out, like ocean in the distance cresting and then receding), it became apparent that downtime needed to be factored into go time, lest valuable time be lost to trekking back to the hotel or worse: winding up in a viral video.

Moving Forward (In Order to Find a Place to Stop)…

When there’s no choice but to give in to your biological need to be unconscious for a little while, it’s good to know where you can stop to get your zzzz’s on without missing too many beats or calling undue attention to yourself.

The following is therefore submitted as viable considerations. They are not intended as a complete listing of possibilities, or as judgments of the attractions:

Disneyland Railroad: With no real end and just four stops along the way, you can settle into a nice shaded seat, and preferably in a corner so you don’t nod off on a stranger’s shoulder. Keep your shades on and no one need be the wiser that you’re not fully engaged in the ’round-the-park tour (as long as you keep the snoring in check).

Great Moments with Mr. Lincoln: At 5 minutes and 15 seconds, it’s longer than most rides and you get to be in a dark, air-conditioned room where no one can see you sleep. (Our apologies to Mr. Lincoln, who should be listened to, not slept to, but we’re talking survival!)

Hungry Bear Restaurant: This two-story quick-service establishment in Critter Country has ample seating on both levels, with plenty of shade—and even darkness—depending on weather, time of day and table selection. Off-hour on a not crazy-crowded day will be your best bet for dropping off before the next coffee or cocktail.

The Little Mermaid: For 6 minutes and 15 seconds, you can be under the sea, gently moving through songs you love, but which you can completely close your eyes to and not miss a thing.

It’s a Small World: Awake or asleep, you’ll leave with that iconic and catchy Sherman Bros. song running through your head all day. But if you need 15 minutes of dark reprieve, this is a good choice, as it usually doesn’t require a FastPass.

Dinoland: What Animal Kingdom lacks in long, dark rides it makes up for in secluded spots and uncrowded areas (depending on when you visit). Dinoland is always a favorite rest spot, as there are plenty of shaded, and out-of-the-way places where you can sit out the next few dances and let your stamina recuperate.

Flame Tree Barbecue: This spacious eating area is serene, mostly shaded, and multi-tiered. Later in the day, after the lunch crowds have departed, there’s ample and secluded seating for those who need to stretch out and take an extended break.

It’s Tough to Be a Bug: As far as dark, air-conditioned attractions go, this is your best bet at 8 minutes. Really, though, it’s a bit less than that, because all the mites, spiders, cockroaches and beetles exit the theatre first, which will be an a jarring disruption to your dozing.

The American Adventure (Attraction): If you’ve seen it once, you can sleep through it again for a 28-minute-and-30-second snooze-a-palooza.

The American Adventure (Pavilion): This is the most spacious of all the World Showcase pavilions, and often the least crowded. Take advantage indoors or out. Plenty of seats, benches and banquets for the taking. Just avoid the lunch hour.

Journey into Imagination with Figment: 11 minutes of soaring through an imagined space along with a song so repetitively persistent it will literally hypnotize you into imagining a better place, like the one found in dreamzzzzzzzz.

Spaceship Earth: 15 minutes of gentle, fluid motion through a darkened expansive space, with a comforting soundtrack featuring Judy Dench and a score by Bruce Broughton, Spaceship Earth has all the inducements of a nice getaway from consciousness. But be warned: the last part of the ride will tilt you back as if cradling you into a peaceful slumber. Give in to a deeper state of sleep and you’ll find yourself being brought back to the “real world” by a cast member asking you to depart the time-machine vehicle and to watch your step as you exit. [Note: As of May 26th, 2020, Spaceship Earth will be closed for a “reimagining.” But there’s still time to catch a few zzzz’s if you act now!]

Hall of Presidents: Enjoy 22 minutes and 45 seconds of animatronic presidents quoting themselves from the past and reminding you that Disney technology has always been awesome and it’s gotten more so over the decades. Memorize the cast and close your eyes. Quite possibly you’ll awaken not only refreshed, but more knowledgable of America’s presidents.

It’s a Small World:  14 minutes of darkness, and you leave with a song in your heart. Depending on timing, this can be a quick walk-on experience without a FastPass+.

PeopleMover: If you’re dead on your feet and in the Tomorrowland vicinity, the PeopleMover will give you a 10-minute and 3-second lullaby of flat and forward motion.

If you’ve got others that belong on this list, don’t hesitate to suggest! The best Disney experiences are had when your energy level is up and your senses are sharp.