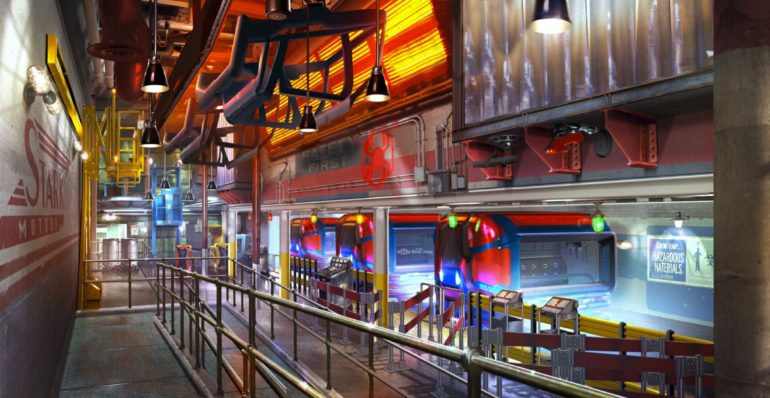 Direct from Disney, we are getting new details of the Spider-Man ride coming to Avengers Campus at Disney California Adventure (and eventually to Walt Disney Studios Paris), including its name: “WEB SLINGERS: A Spider-Man Adventure”.

The young inventors of WEB have opened the address up for an open house, where many of their new creations are on display for guests—including Spider-Bots, affable robotic sidekicks that have been designed to build anything a Super Hero might need. But something goes haywire and the Spider-Bots run amok, replicating at an alarming rate. The open house abruptly turns into a mission, and Spider-Man needs your help! Guests will don 3D glasses and get to test drive Peter Parker’s latest invention, the WEB Slinger vehicle, and discover never-before-realized powers.

“We always start with wish fulfillment when we’re creating an attraction. What is that thing that you’ve always wanted to do? What is that power that you’ve always wanted to have?” Brent Strong says. Like some attractions, WEB SLINGERS: A Spider-Man Adventure uses 3D glasses as well as a hybrid of physical sets, practical effects, and virtual set extensions. But what you won’t see, Strong points out, is a blaster for guests to hold onto. “Believe it or not, with nothing in your hands, you get to reach out and you will sling webs on this ride,” he details. WDI tapped into innovative technology adapted specifically for this attraction for a brand-new interface that uses a gesture recognition system that has been built into every slinger vehicle. “Sixty times a second we are able to determine where a guest’s head is, their shoulders, their elbows, and even their wrists,” Strong explains. “We’re able to track the motion of your body so that when you reach out and sling a web, since we know where your eyes are and we know where your hands are, we can render a web—a virtual web coming right out of the palm of your hand—right out of your virtual web shooters and into a virtual world.”

The attraction will take guests virtually through other Avengers Campus addresses, including Pym Test Kitchen, Avengers Headquarters, and The Collector’s Fortress (otherwise known as Guardians of the Galaxy – Mission: BREAKOUT!). Best of all, the attraction will be thrilling for all members of the family. And after those rogue Spider-Bots have been rounded up, guests will learn how many they caught as a team in their WEB Slinger vehicles. 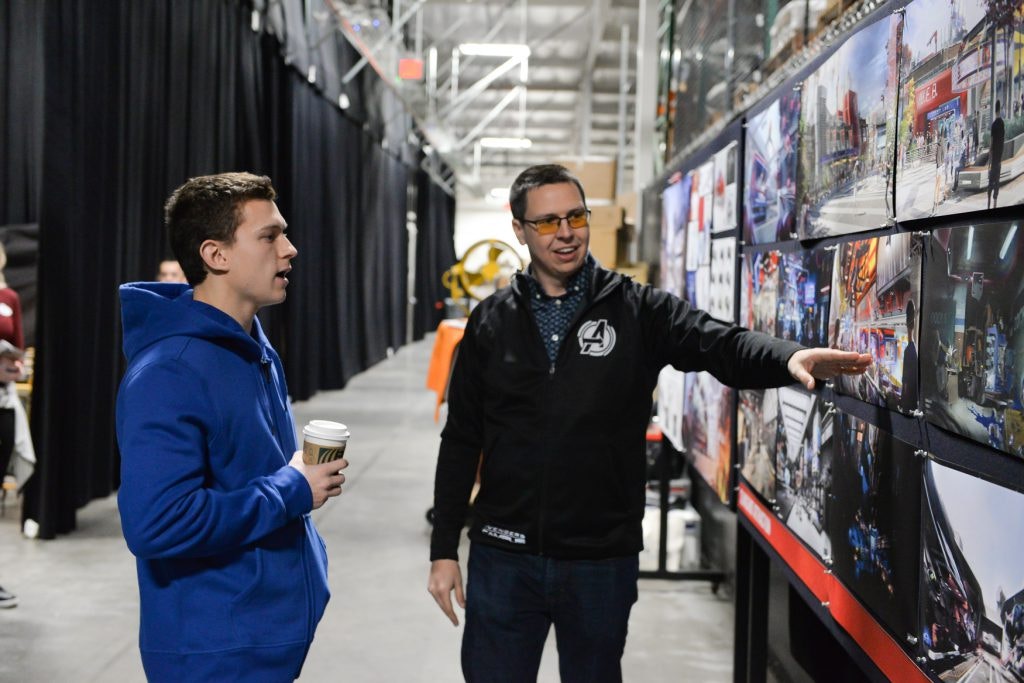 WEB is all about how bright young innovators like Peter Parker are inventing new technologies that let all of us become Super Heroes. Being able to authentically represent Peter’s character was a critical element to the attraction’s story, and thanks to MARVEL Studios partners, Tom Holland will be reprising his role as part of this attraction experience.

This family-friendly attraction blends physical sets and virtual environments, leveraging specially designed, innovative technology that detects body movements and gestures. You will reach out your hands and sling webs from your wrists, just like Spider-Man. There is no height requirement for this attraction, allowing aspiring young heroes to join the fun!

Here are some additional tidbits about the upcoming ride from reporter Carlye Wisel: