On July 18th, Avengers Campus will open to potential recruits at Disney California Adventure, and naturally, to mark the occasion, Marvel is celebrating with – what else? – a comic miniseries. And much like guests will find at the park, this series takes Spider-Man on an adventure with the Worldwide Engineering Brigade. 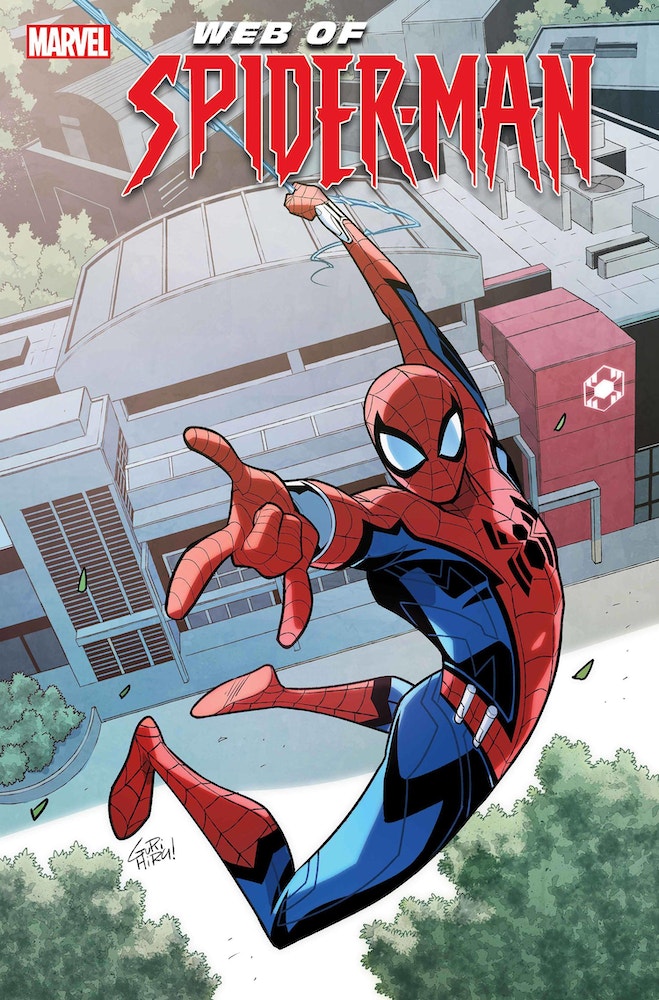 “W.E.B. of Spider-Man” is a five-part miniseries inspired by WEB SLINGERS: A Spider-Man Adventure. The first issue, due out in June, is written by Kevin Shinick, with art by Roberto Di Salvo and a cover designed by Gurihiru, as seen above.

Here’s the official description of the first issue from Marvel:

Thanks to none other than Tony Stark, a new scientific research station for the teenage heroes of the Marvel Universe has just been completed –  and Spider-Man just got an invitation to join! Working alongside some of your favorite faces from the Marvel Universe and a whole bunch of awesome new gadgets, and with Iron Man keeping an eye on the them, surely everything’s going to go great for the heroes, right?

Face front, True Believers, and treat yourself to this first issue in an adventure of the WORLDWIDE ENGINEERING BRIGADE!”

Last year, Marvel produced a similar miniseries to promote the opening of Star Wars: Galaxy’s Edge, and in 2017, they released a one-off comic book to tie in with the opening of Guardians of the Galaxy – Mission: BREAKOUT! at Disney California Adventure.

Will you be swinging over to your local comic shop for this miniseries? Let us know in the comments below!