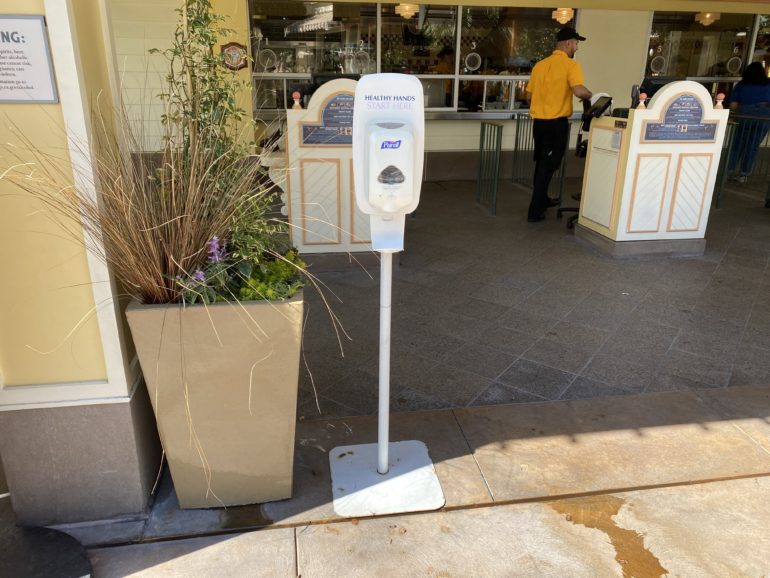 With half of the Disney Parks closed out of precaution for the Coronavirus outbreak, and closures possible for the remaining parks (Walt Disney World, Disneyland, and Disneyland Paris), Disney wants to make sure that the parks stay as clean and sanitary as possible so as to avoid viral transmission.

Guests have reported seeing higher rates of vigorous hand washing in the parks’ restroom facilities (which, by the way, is a habit I hope persists long after the outbreak subsides), and now, we’re seeing an increased number of hand sanitizer stations located throughout Disneyland and Disney California Adventure. While hand washing (with soap and water) is the best recommended way to reduce transmission, hand sanitizer is a quick and easy way to maintain clean hands in between washes, and now there are hand sanitizing stations outside of every counter service restaurant throughout the resort: 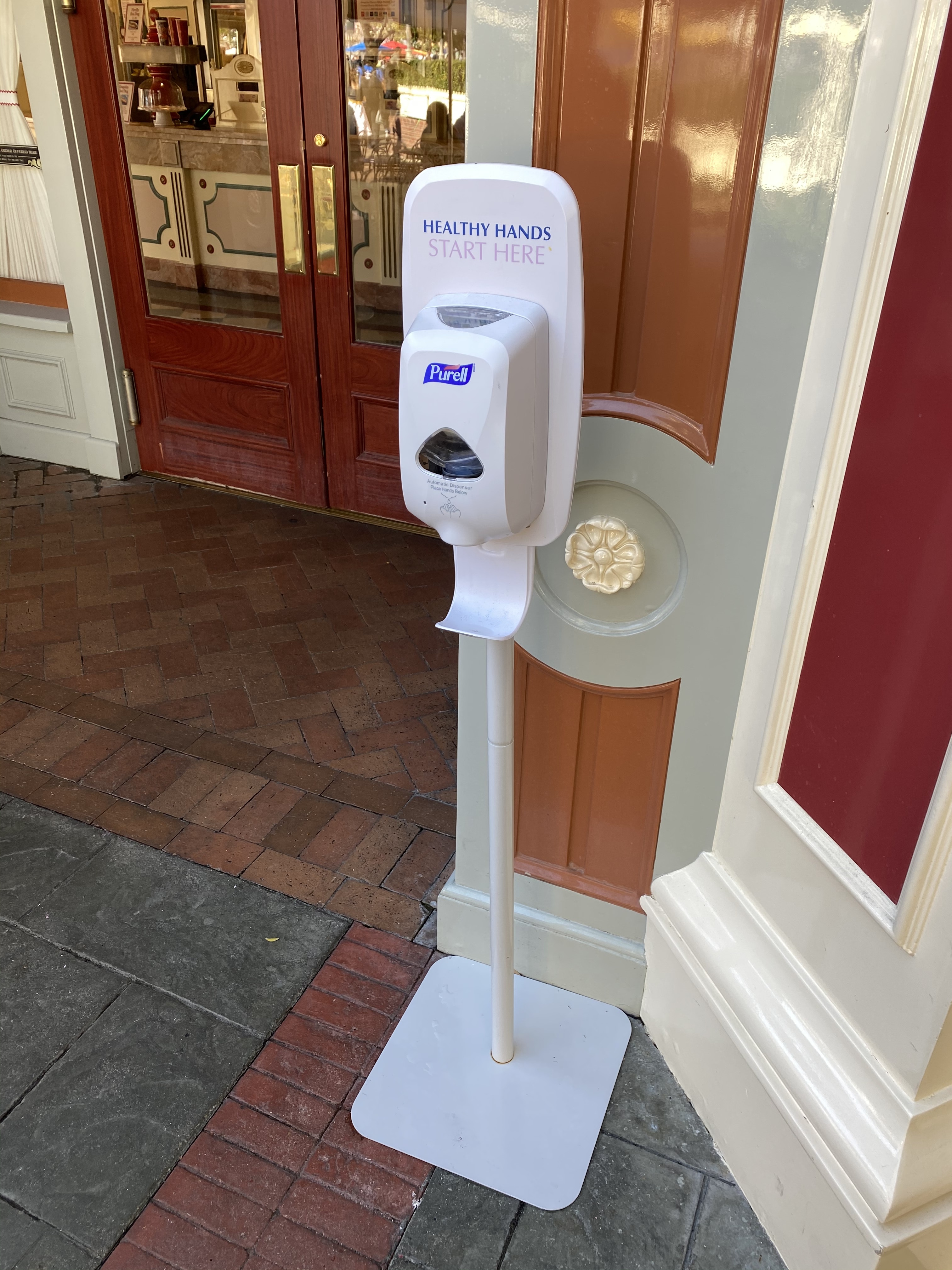 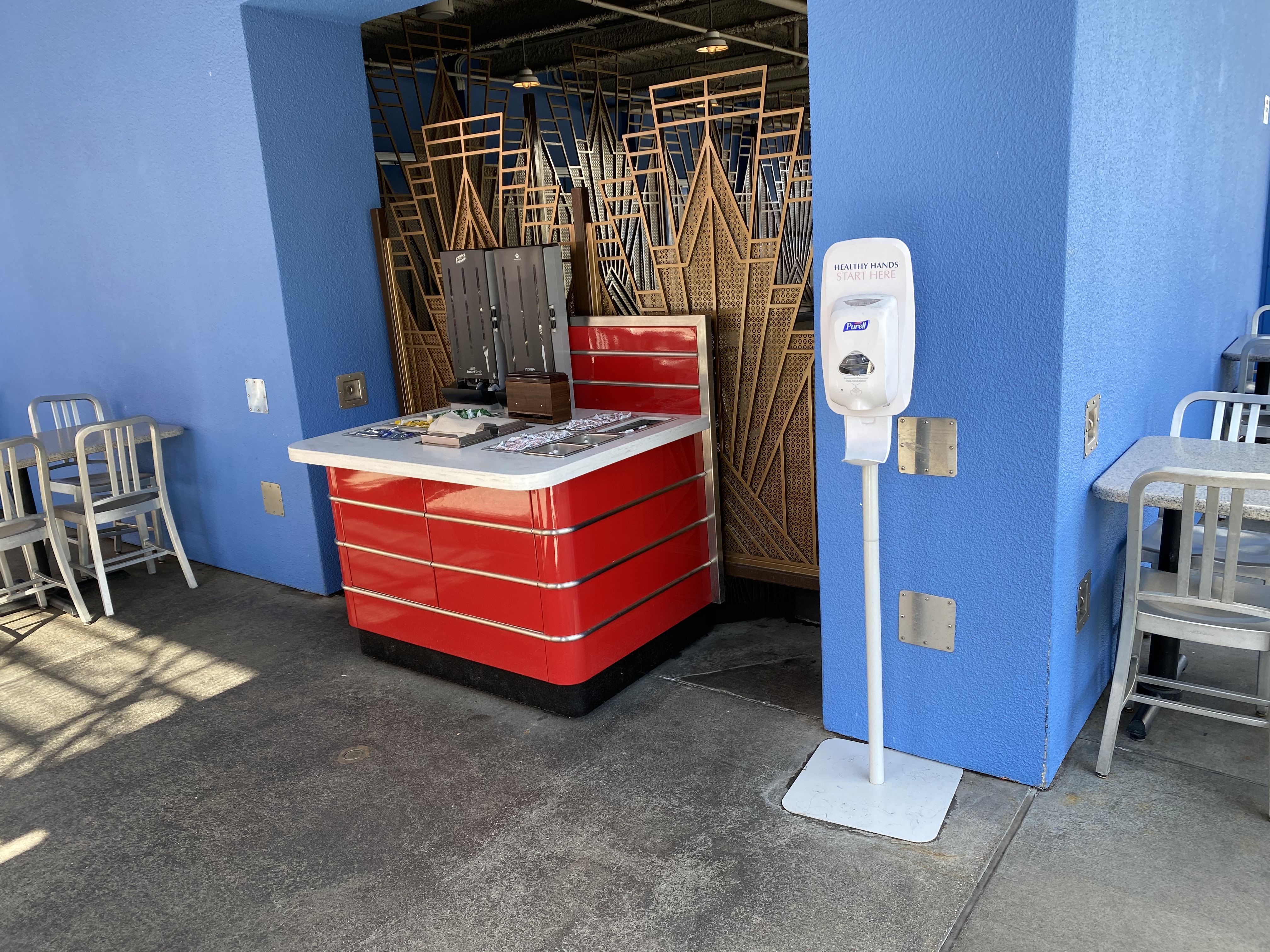 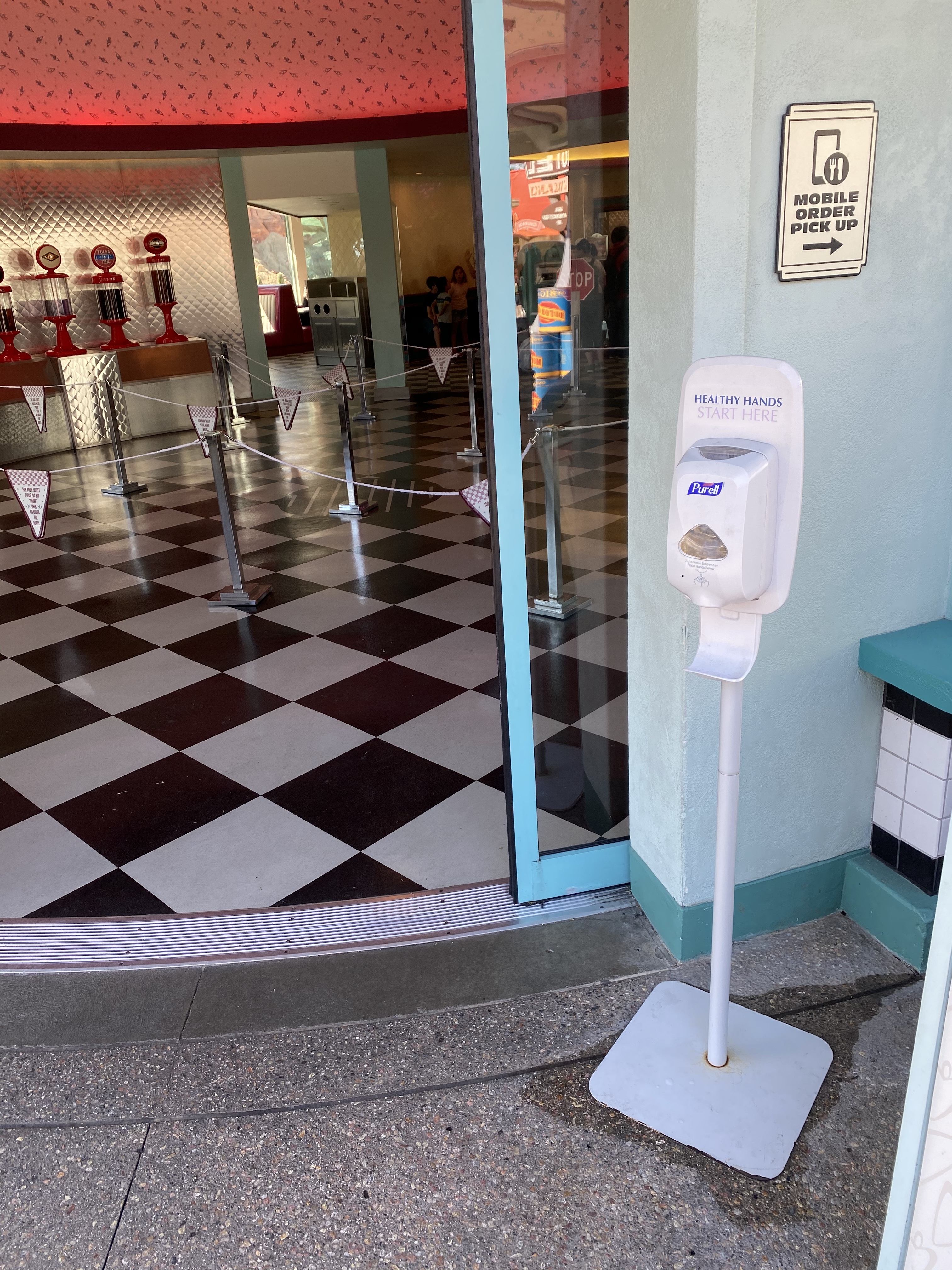 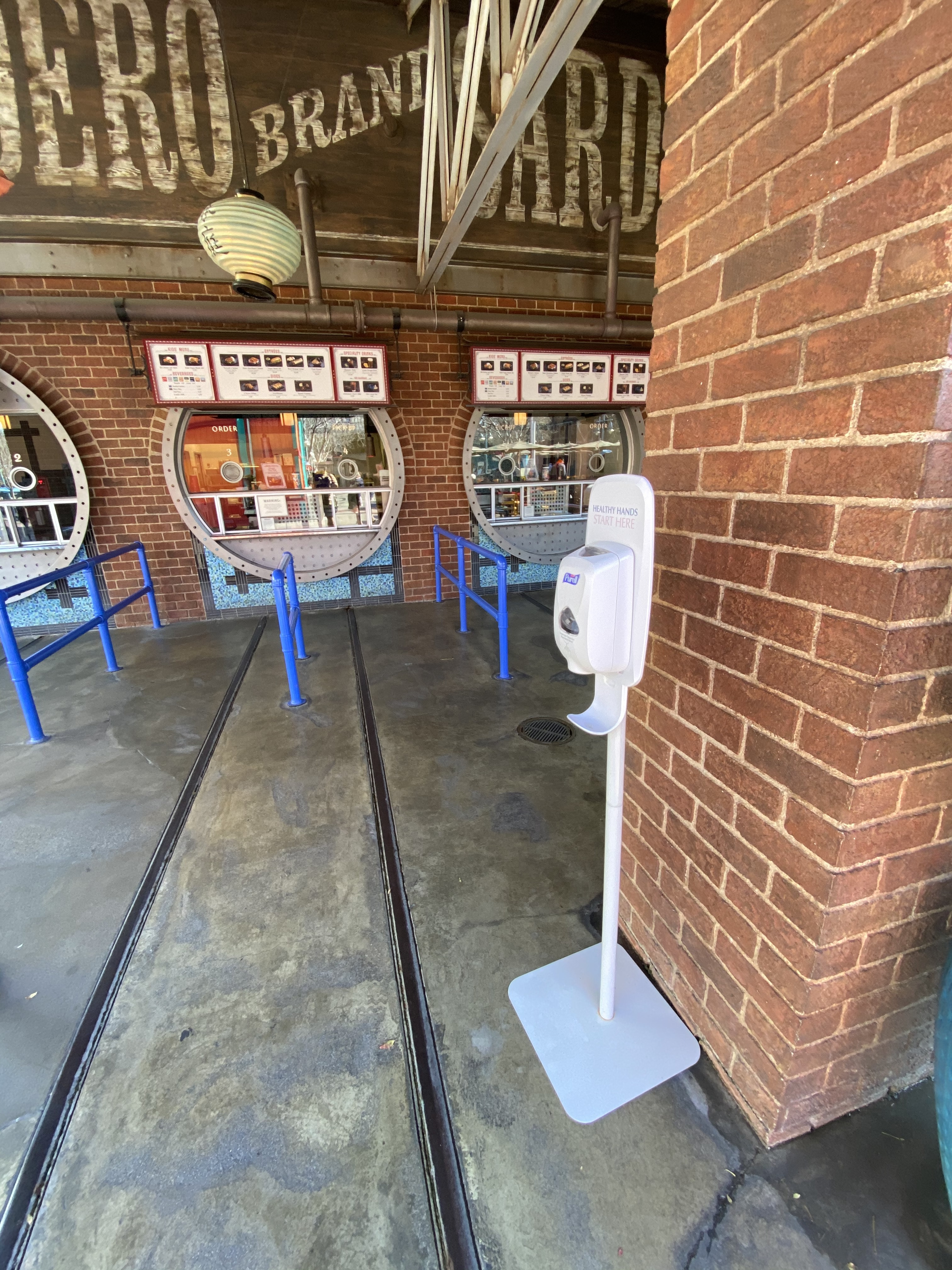 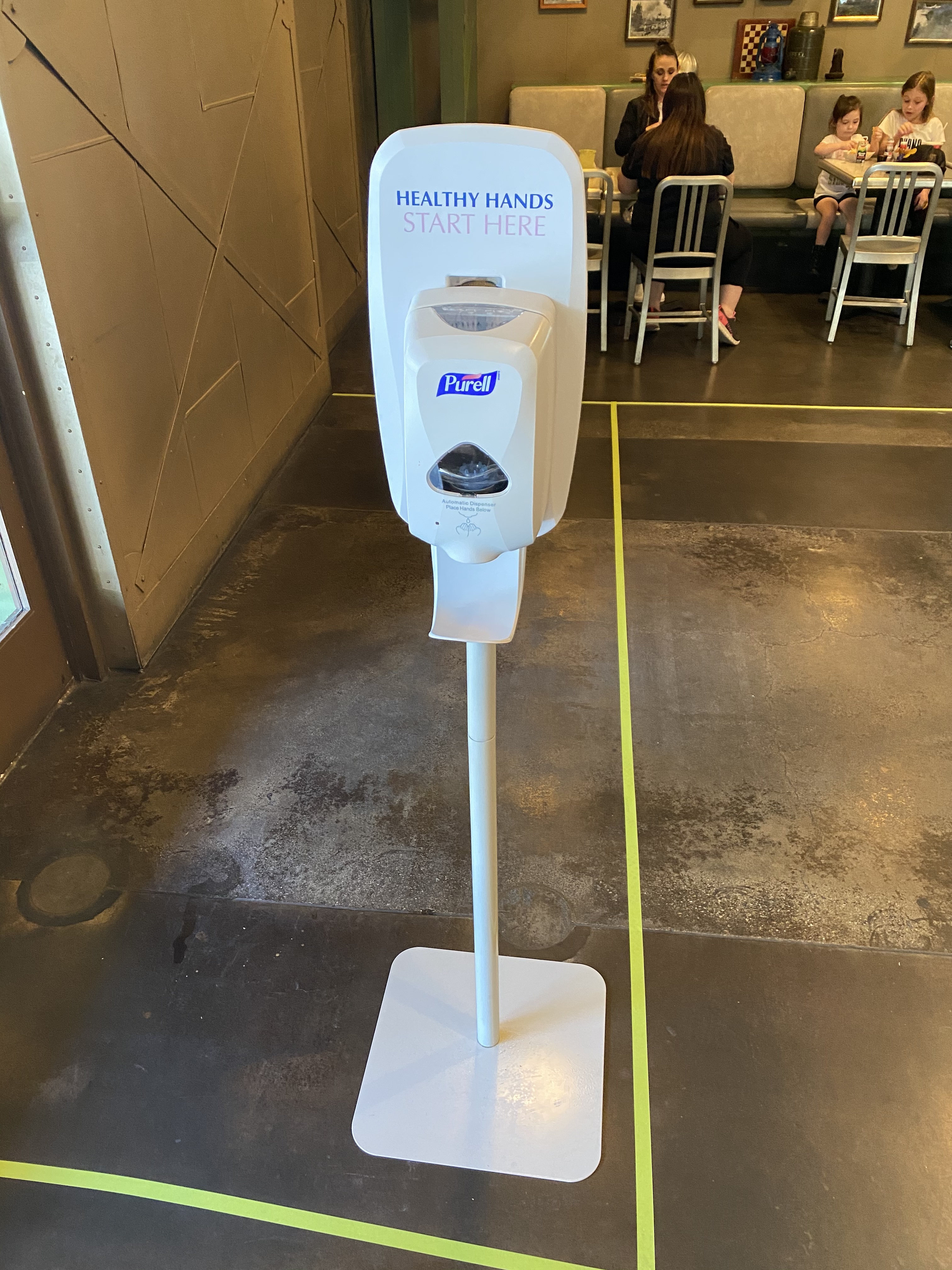 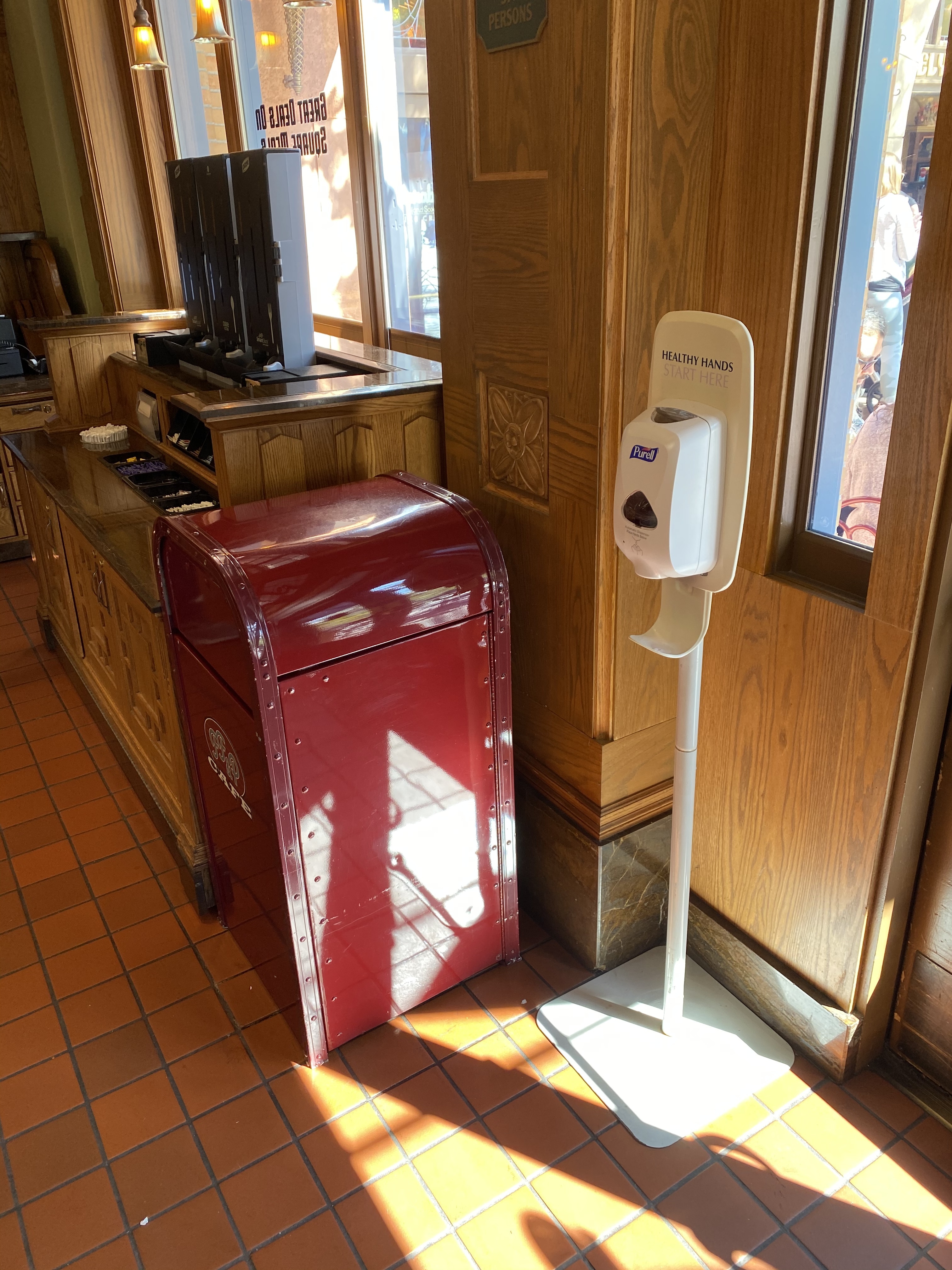 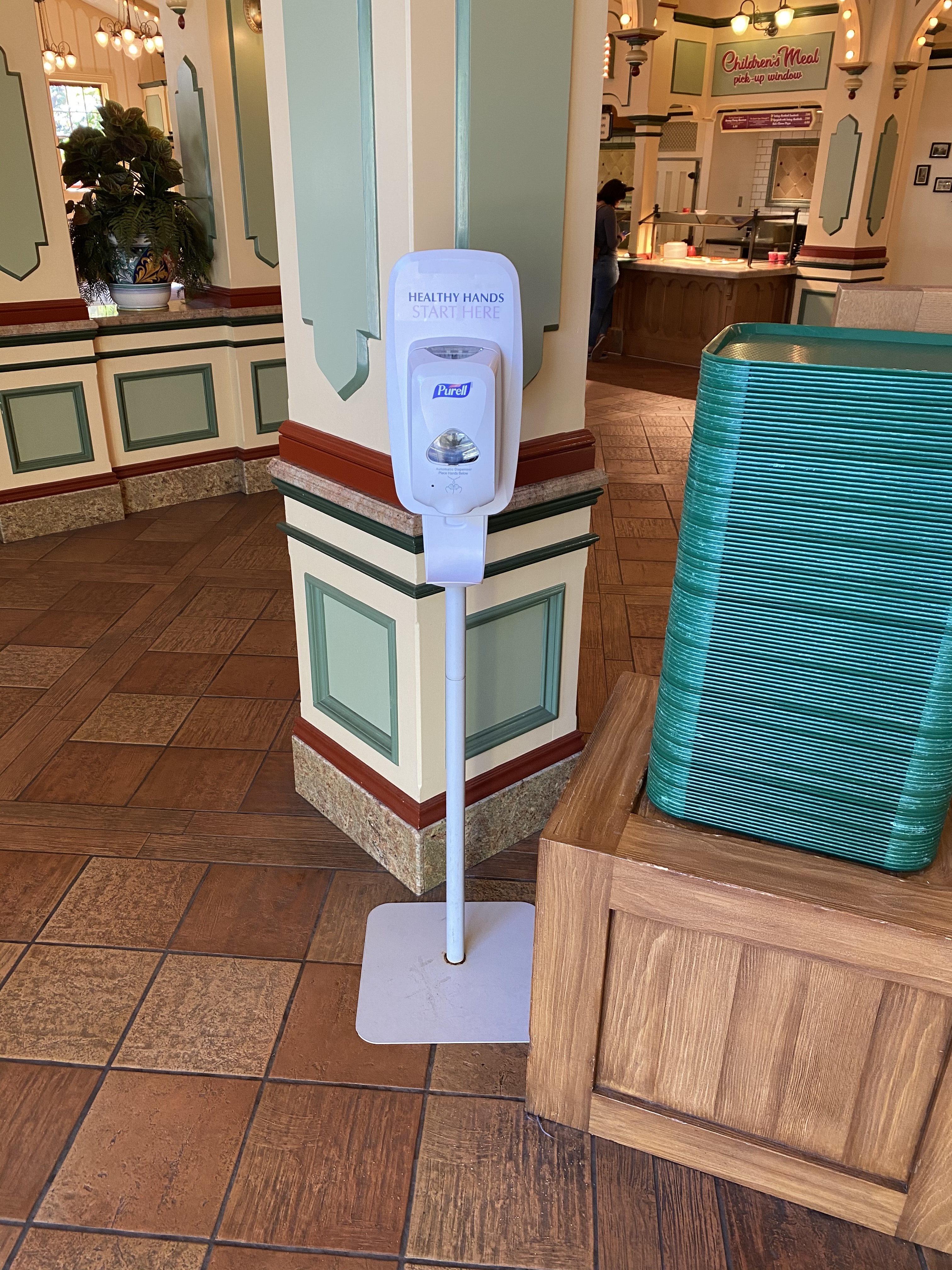 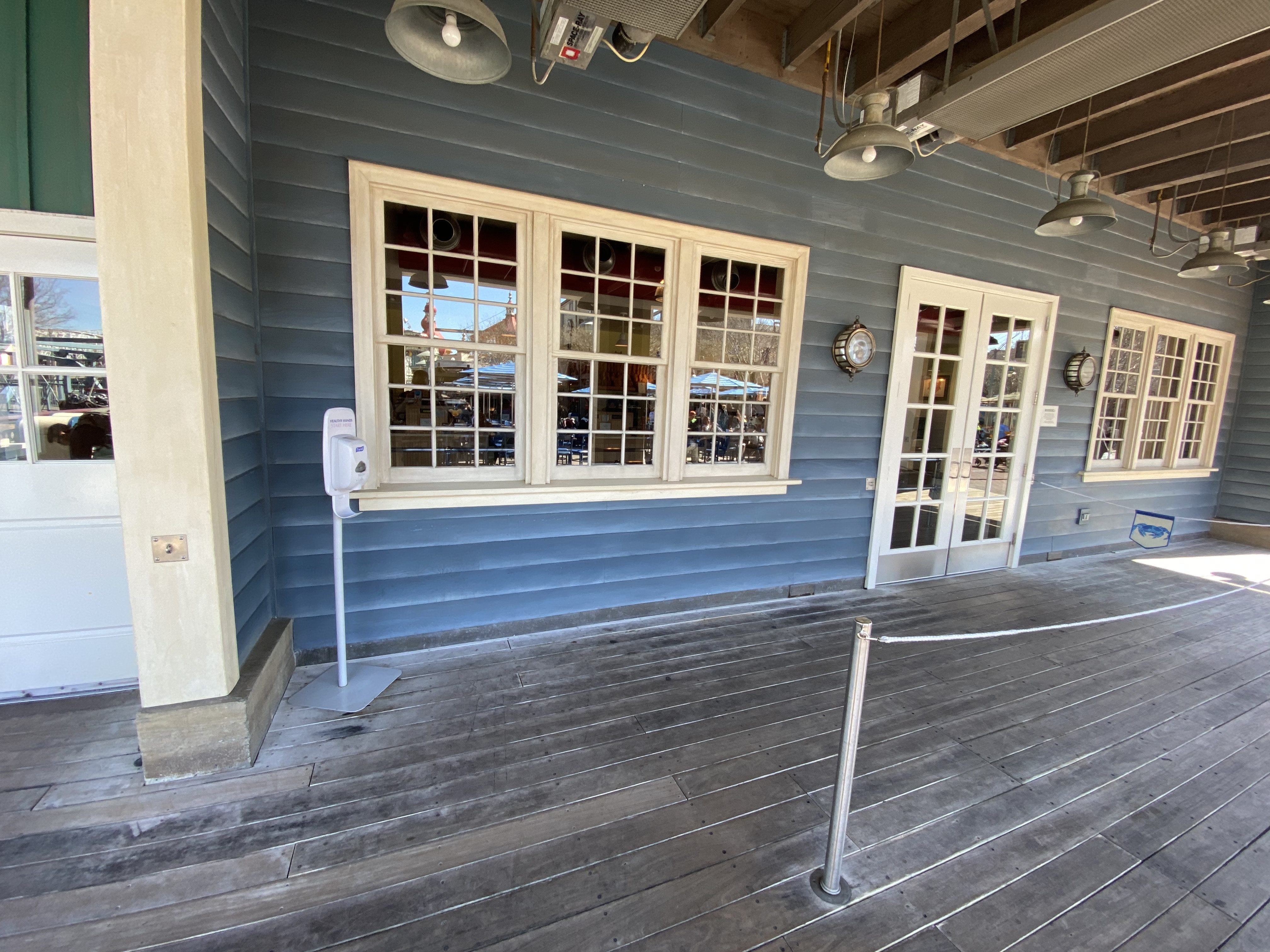 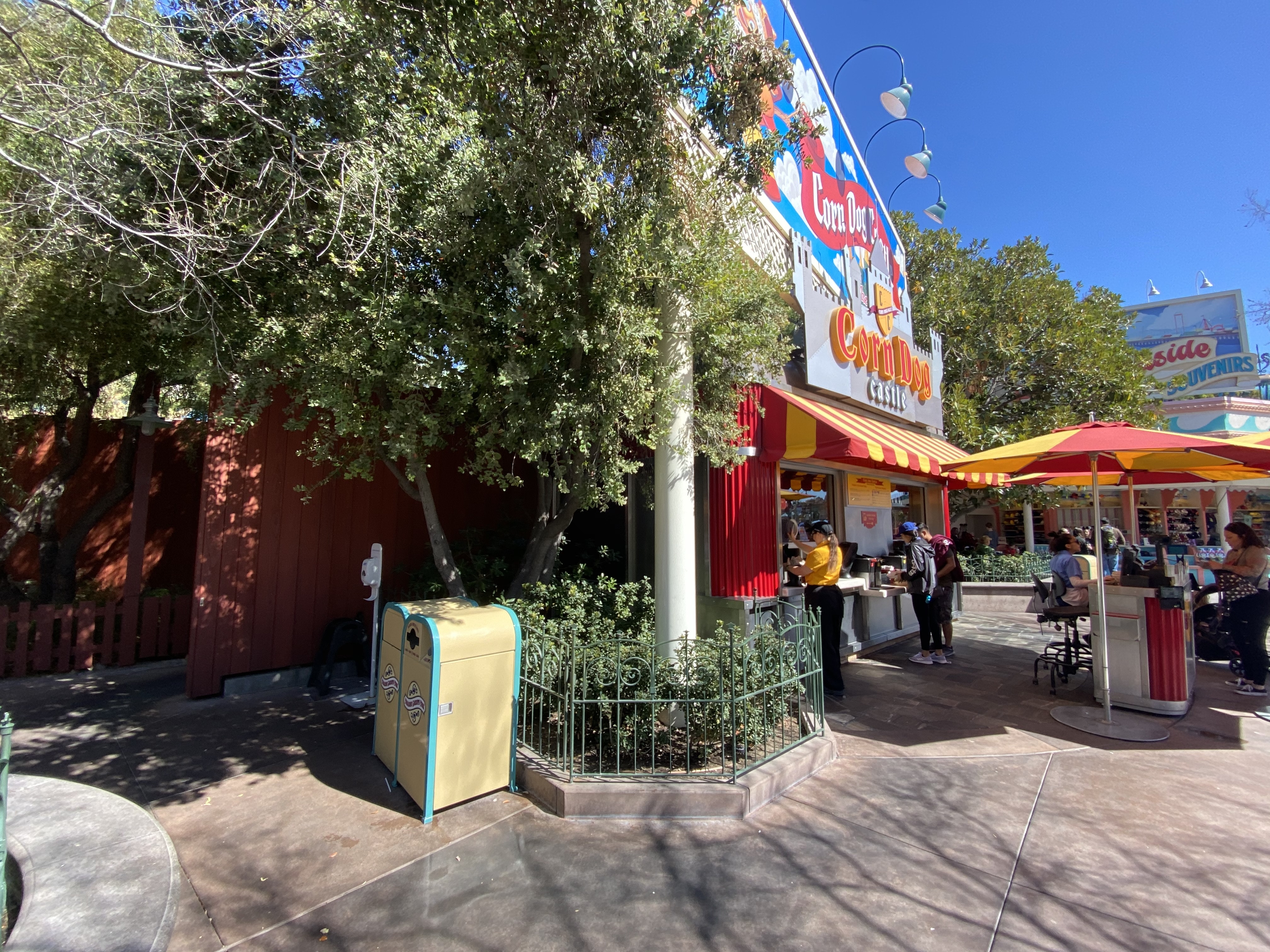 Last week, Orange County declared a local health emergency over the looming threat of Coronavirus in the area after the first case of infection was reported.

We’ll be keeping our eyes on developments here in Florida and in California, as well as in Paris, and Tokyo, Shanghai, and Hong Kong regarding the COVID-19 outbreak’s effect on Disney Parks operations and beyond.