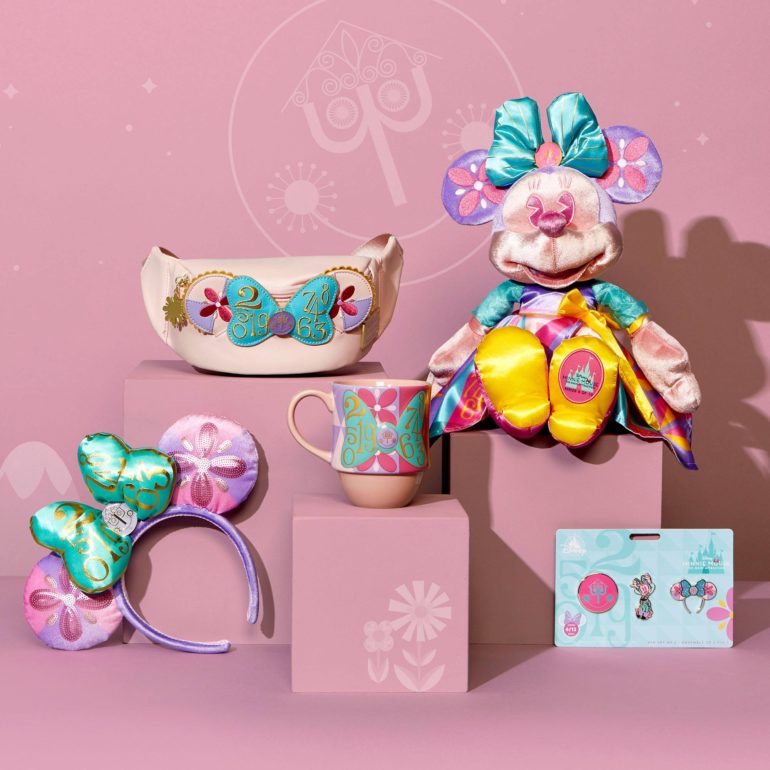 shopDisney has offered up a sneak peek at the merchandise being released in April as part of “Minnie Mouse: The Main Attraction”. As far as the March release is concerned, with Disney Stores now closed, the collection is set to be available via shopDisney this weekend… but for now, let’s take in the upcoming “it’s a small world” collection, which is sure to bring a smile to your face! 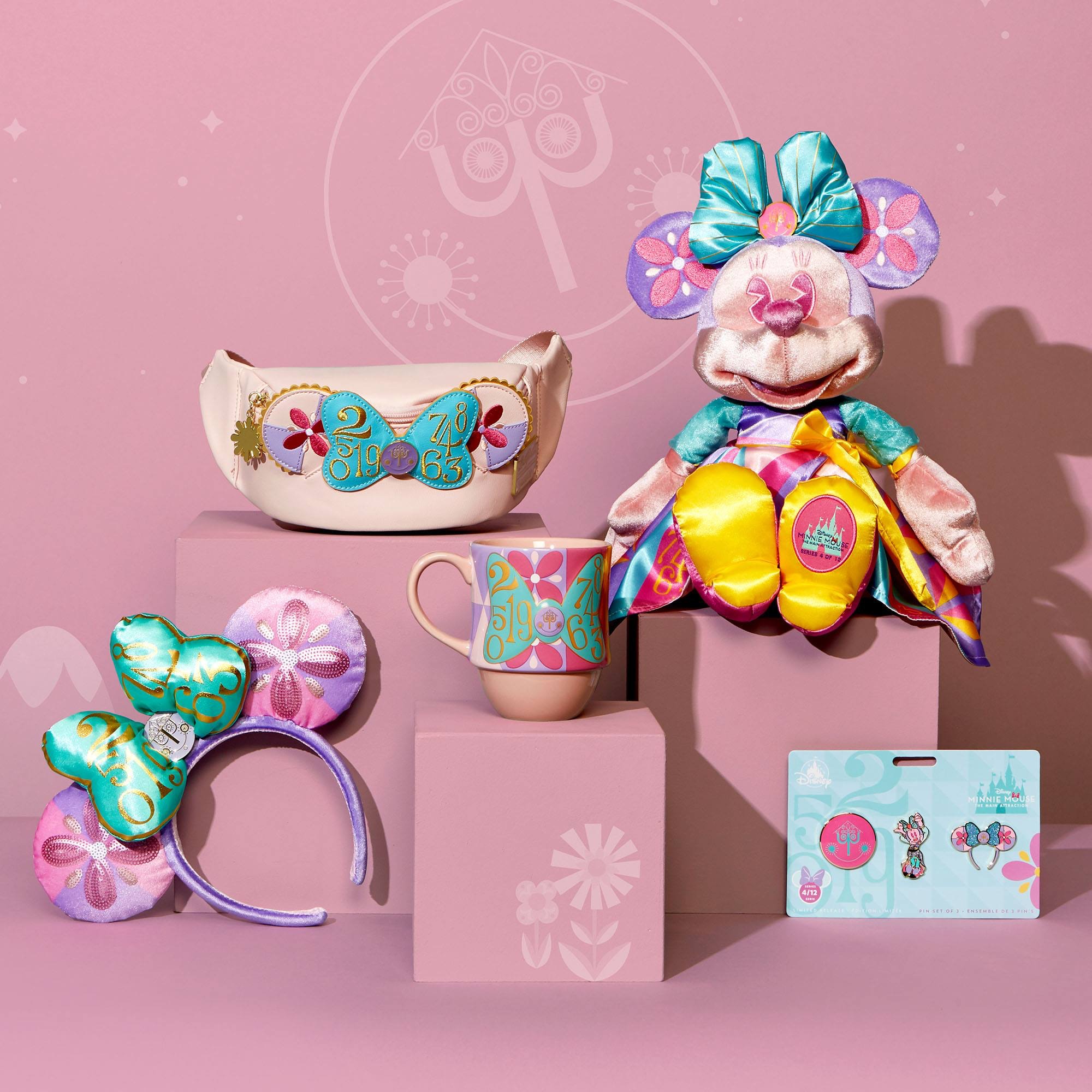 All of the vibrant colors of the classic “it’s a small world” attraction are represented throughout this collection. The April collection features a Minnie Ear Headband that’s made to look like the attraction’s classic clock face, with Mary Blair-inspired ears. A similar pattern is seen on the mug, Loungefly fanny pack, and even Minnie’s dress.

The three pins include the clock face, Minnie Mouse, and a small-scale image of the Minnie ears in the collection. You can house all three in the previously-announced pin collectors book.