PHOTOS: New Construction Walls Go Up Outside of Guardians of the Galaxy – Mission: Breakout! at Disney California Adventure

With construction edging away on Marvel’s Avengers Campus, we’ve started to see more work occurring around Guardians of the Galaxy – Mission: Breakout! Just last week, we saw new pavement being revealed in order to give some form of transition between Hollywood Land and what will become one of the entrances to the future Avengers Campus, and it seems like this is part of the latest update. 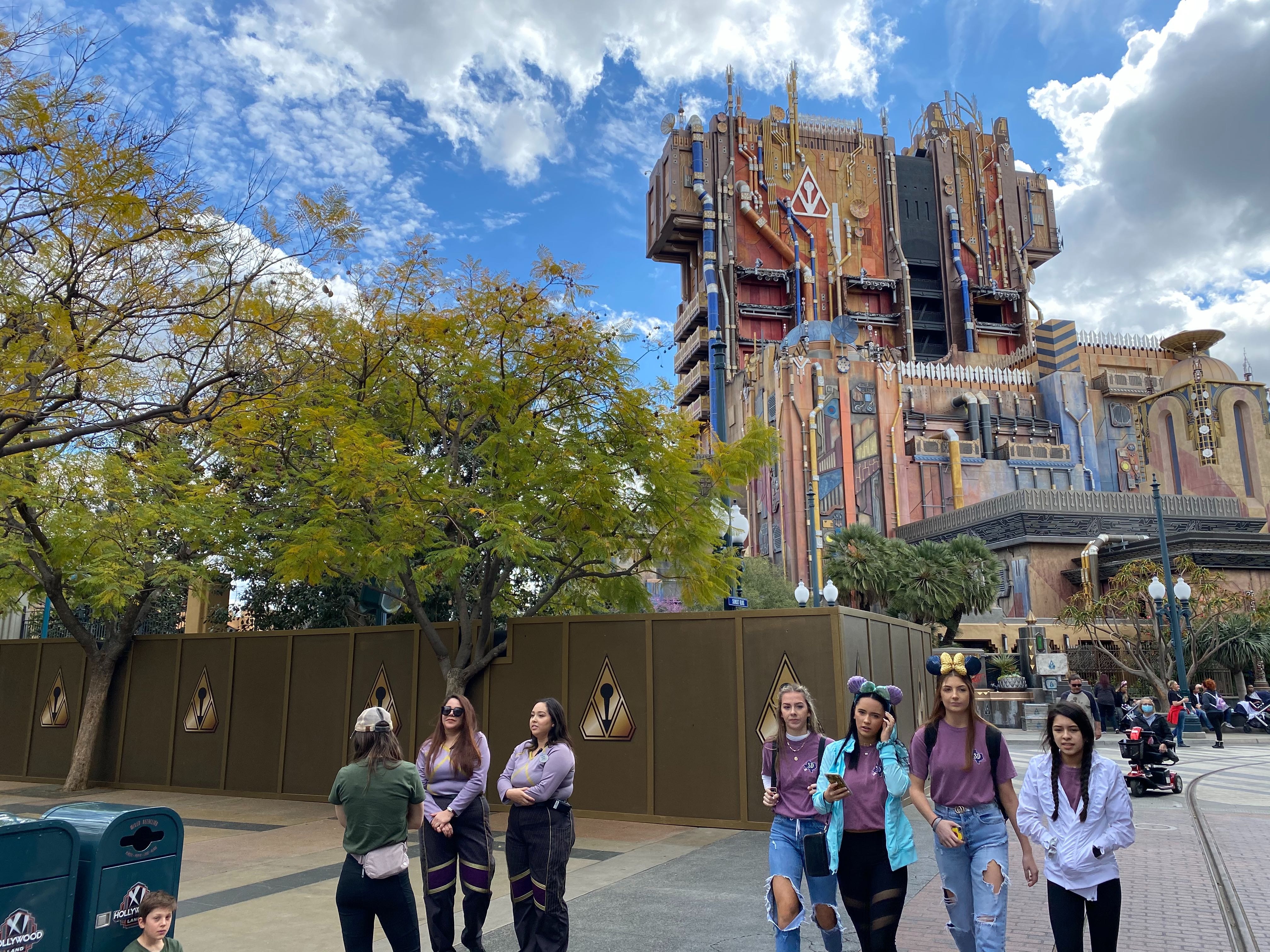 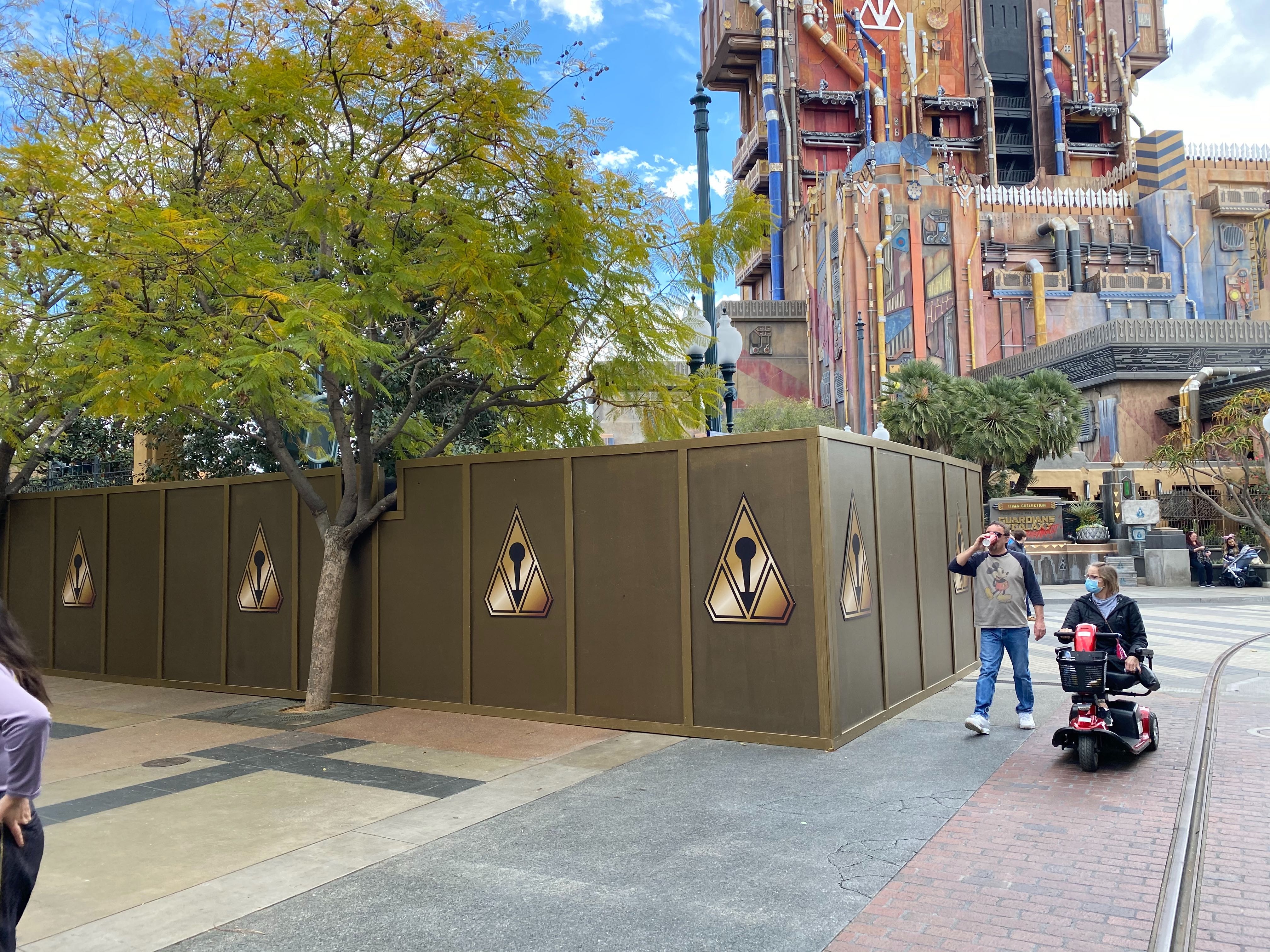 These walls, featuring the Collector’s logo on them, wrap around the front of the Guardians of the Galaxy attraction. 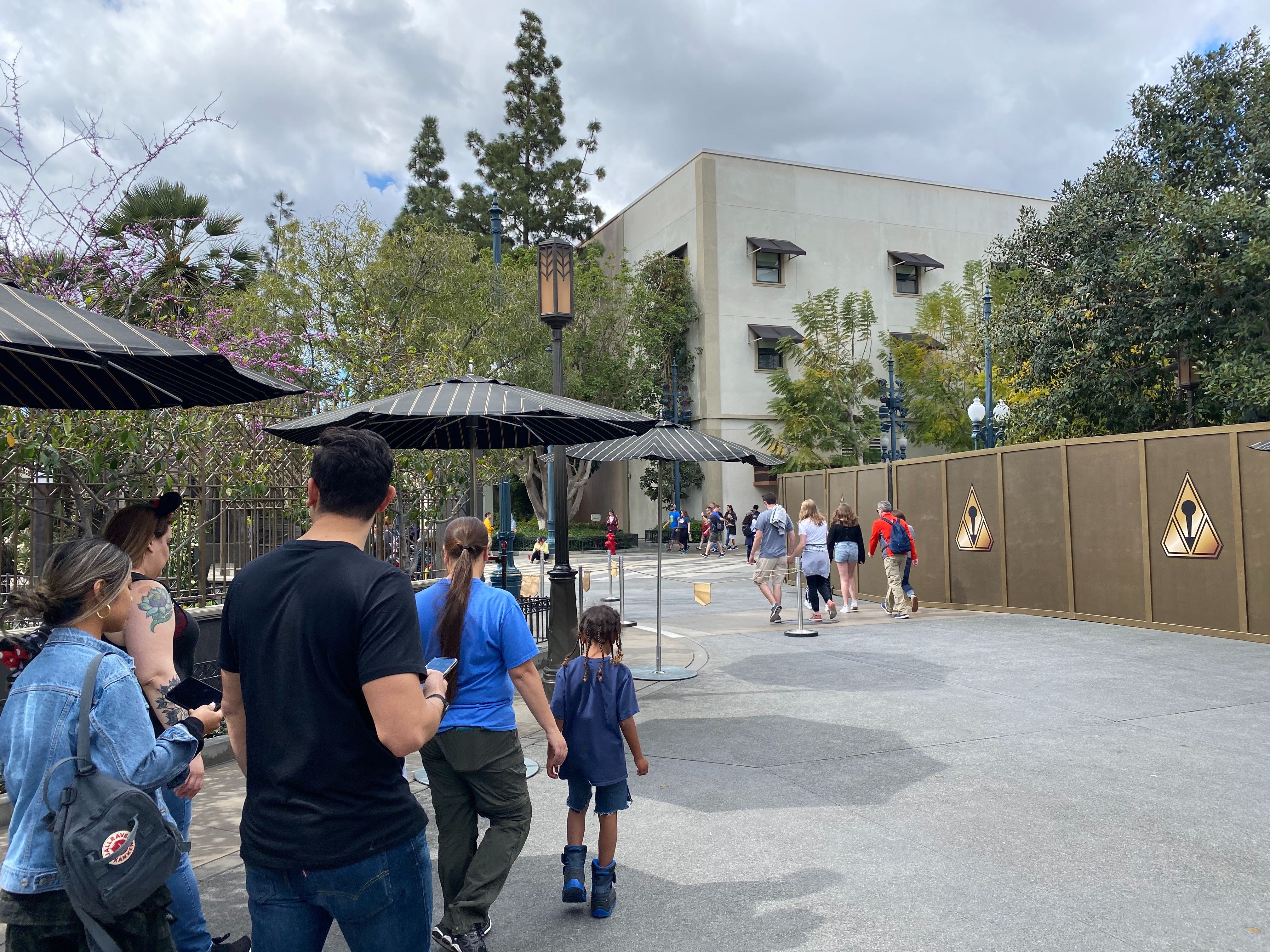 As guests come along from Hollywood Land, they’re able to start to see the change in pavement, but these walls work their way around all the way by the Hyperion Theater. 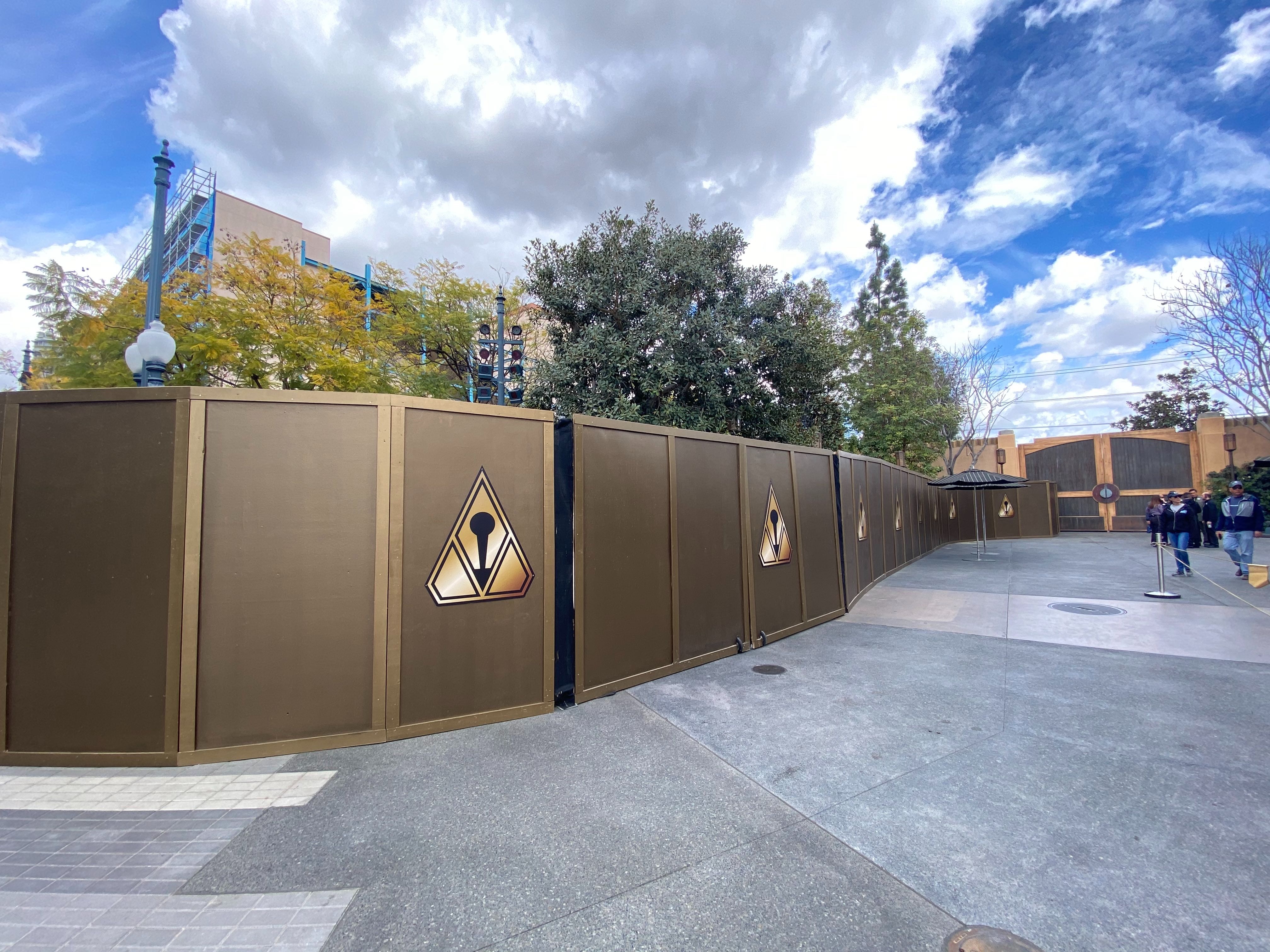 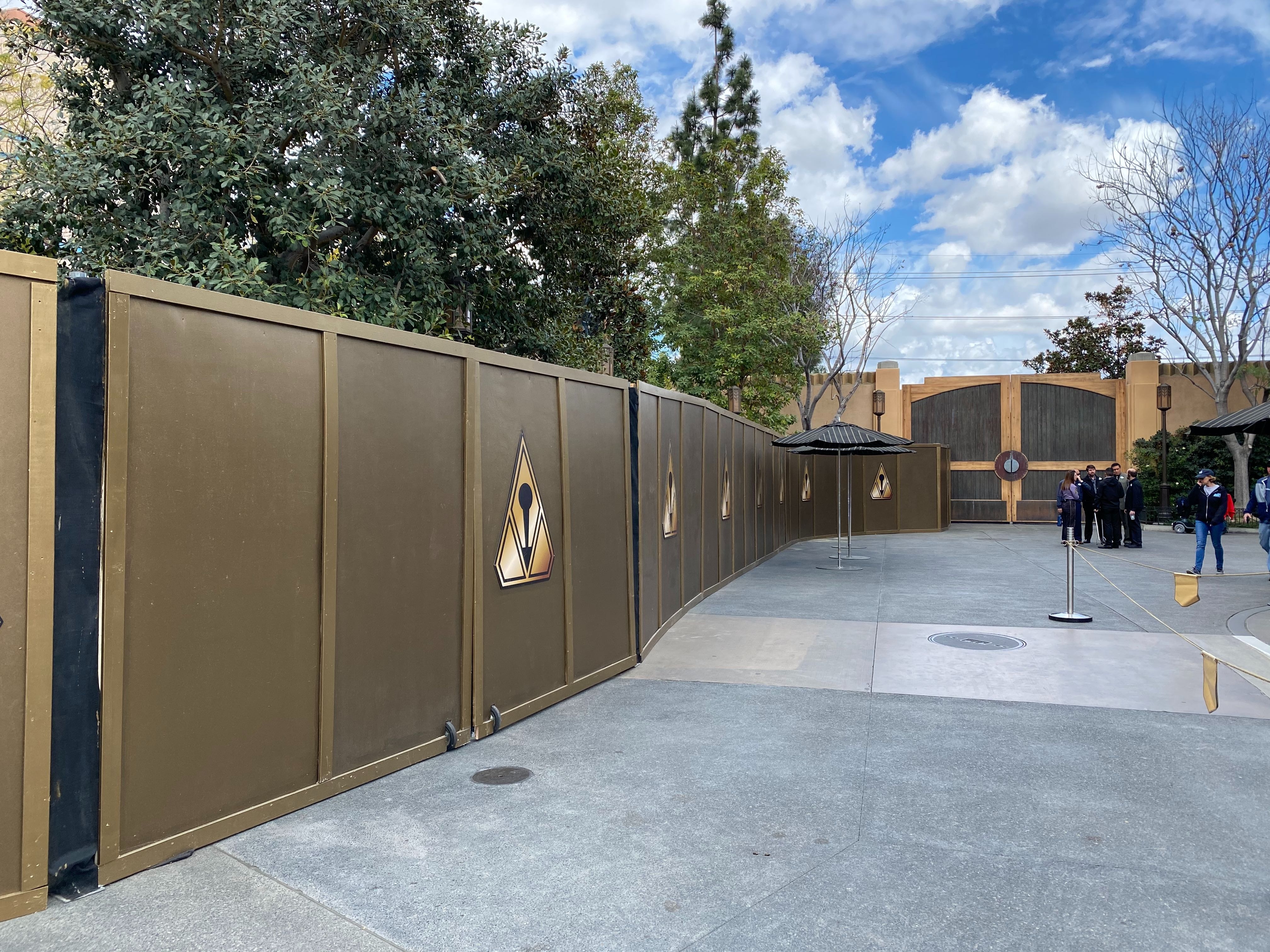 This part of the construction might be continuing on with the updated pavement, or it may be adding in more the notable lighting elements and foliage that we’ve seen from the original concept art for Avengers Campus. 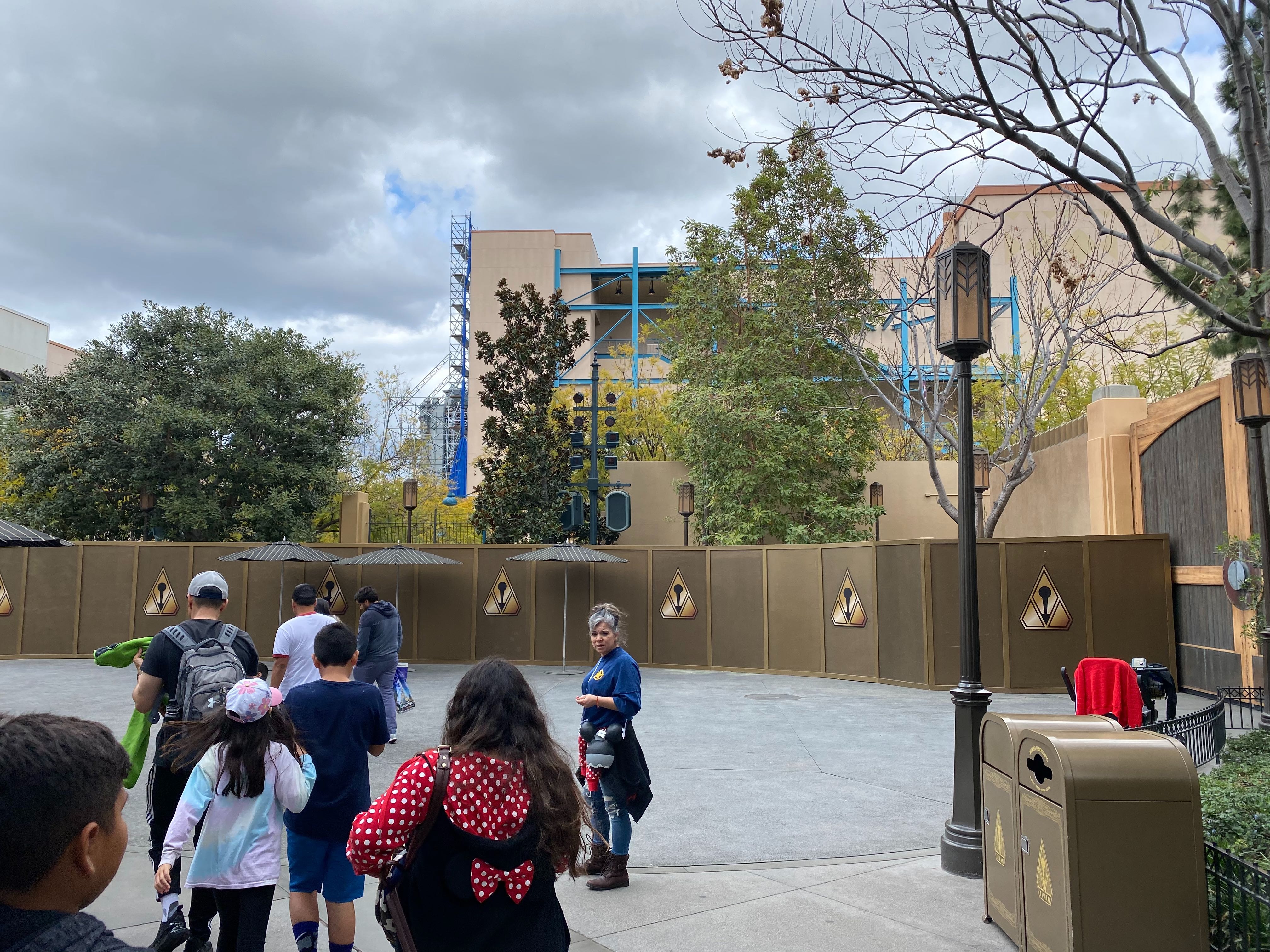 For the moment, a few umbrellas have been left up in the area, allowing some shade for guests to retreat under. 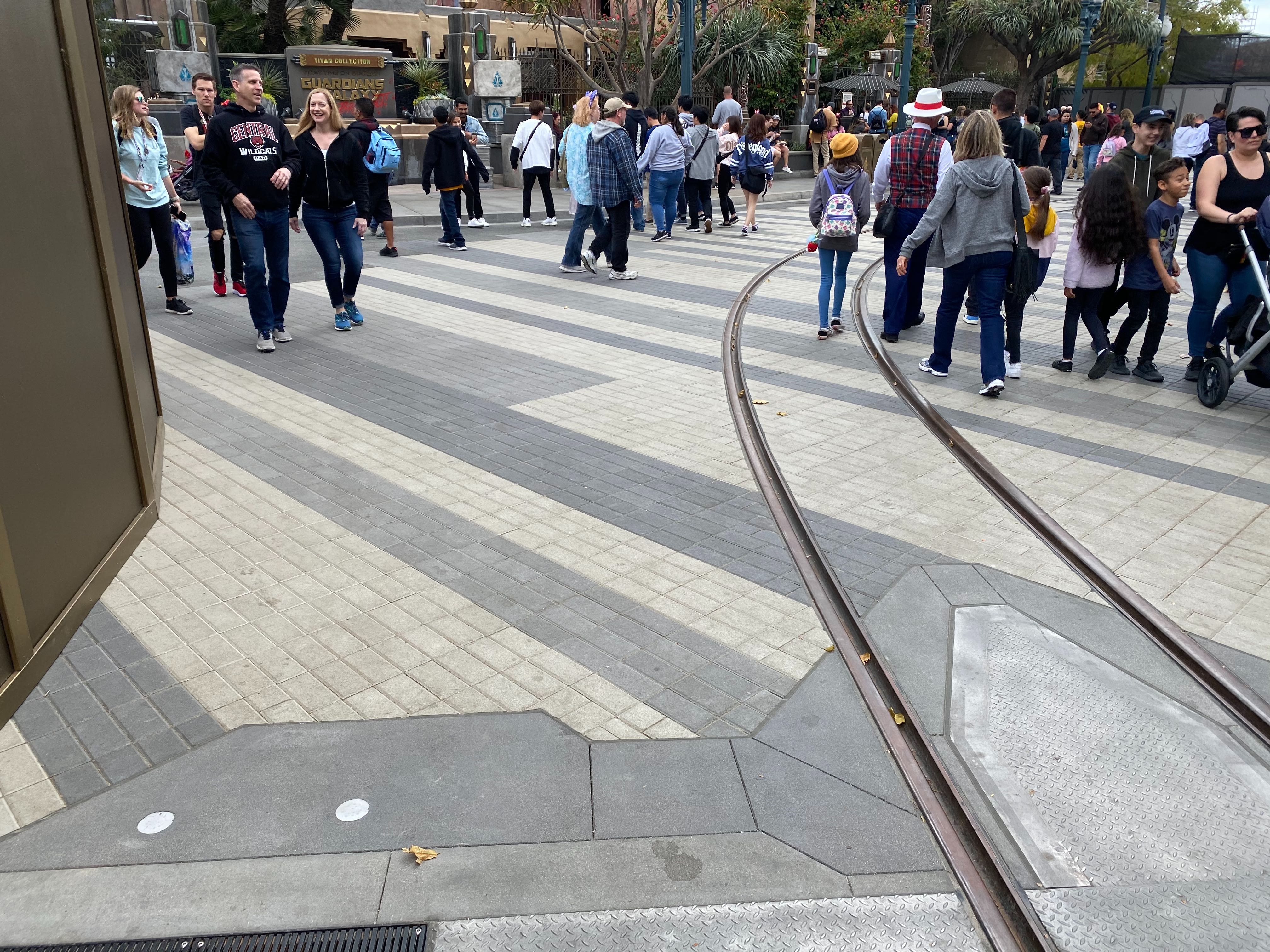 The transition between Hollywood Land and Marvel territory is now split between the metal diamond plates, accent drains and the grey bricks. The trolley tracks still run into part of the future Marvel section of the theme park, but the transition is truly made clear with the pavement below. It’s possible that we’ll see more of this striped brick pattern once these walls are removed, but for right now, we’ll just have to wait and see.

What do you think of these upcoming transitions for Avengers Campus?