Disney Internships & Programs has just announced that due to the ongoing COVID-19 closures, all Disney Internships, including the Cultural Representative Program, will be suspended temporarily starting April 18. 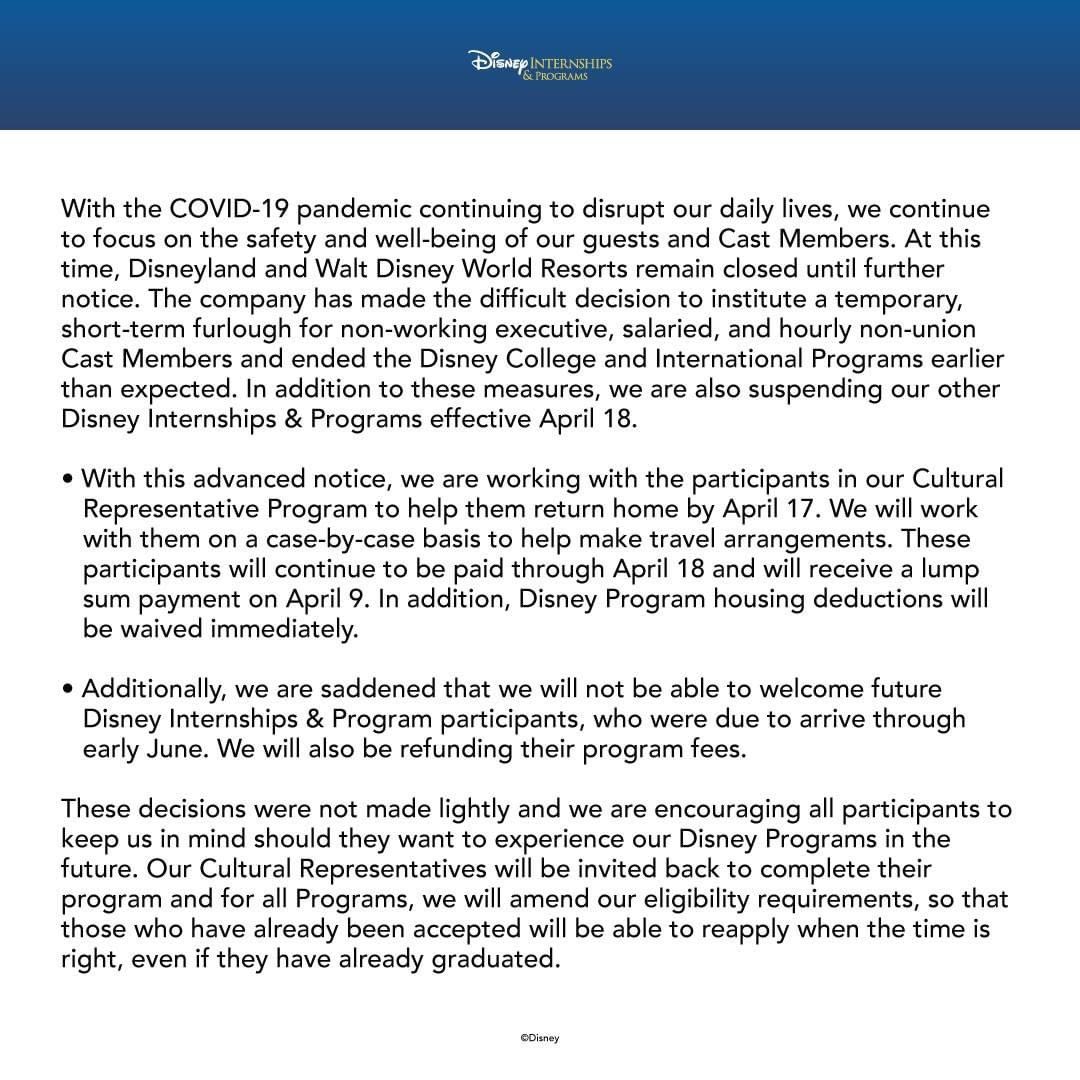 Disney Internships & Programs plans on working with participants in the Cultural Representative Program to help them return home by April 17. Travel arrangements will be handled on a case-by-case basis. Participants will continue to be paid through April 18 and will receive a lump sum payment on April 9. Disney Program housing deductions are to be waived immediately. Cultural Representatives will be invited back to complete their program.

Participants for the Disney College Program that were meant to arrive in early June will be refunded for their program fees, as the Fall Advantage College Program season has also been cancelled. Fall Advantage participants typically arrive in the summer and can remain the program for up to a year. It’s believed that the Fall program, which begins in late August and runs through January, has not yet been impacted.

Eligibility requirements for all programs will be amended so those participants who have already been accepted will be able to reapply, even if they have already graduated.

This news comes on the heels of the announcement of company-wide furloughs for all U.S. based, non-essential Cast Members and employees starting April 19.