The parks may be closed, effectively cancelling the highly-anticipated annual Tiffins Talks that take place annually as part of Earth Day celebrations at Disney’s Animal Kingdom, but D23, in conjunction with Walt Disney Archives, Walt Disney Imagineering, and Disneynature is bringing us a chat headed by some of the most Earth-centric creatives in the company with Disney Wild Kingdoms: A Conversation with Imagineer Joe Rohde and Disneynature Filmmakers, streaming this Friday at 7:00 PM Eastern. 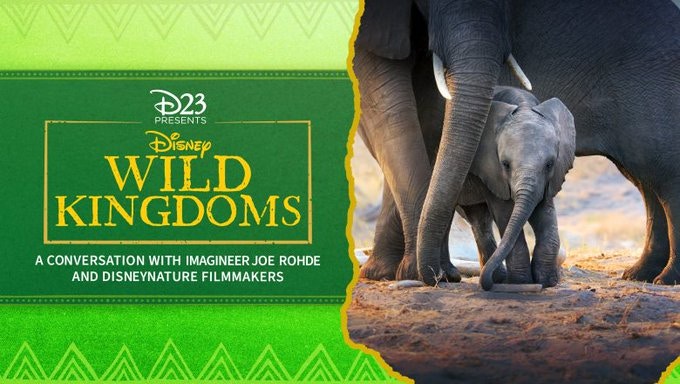 In celebration of Earth Week, D23 is bringing together creative leads from Walt Disney Imagineering and Disneynature for an exciting conversation on how the natural world and Disney’s rich legacy of conservation continue to inspire and influence a new generation!

Host Kevin Kern of the Walt Disney Archives invites you to take a walk on the wild side, as he chats with:

Their inspiring chat will highlight the impact of Walt Disney’s documentary films and groundbreaking animated depictions of nature, along with their influence on more recent works such as the newest Disneynature films on Disney+ and the exotic outposts of Disney’s Animal Kingdom at the Walt Disney World Resort.

After the discussion, check out some of the newest Disneynature films on Disney+: Elephants, Dolphin Reef, and Penguins.