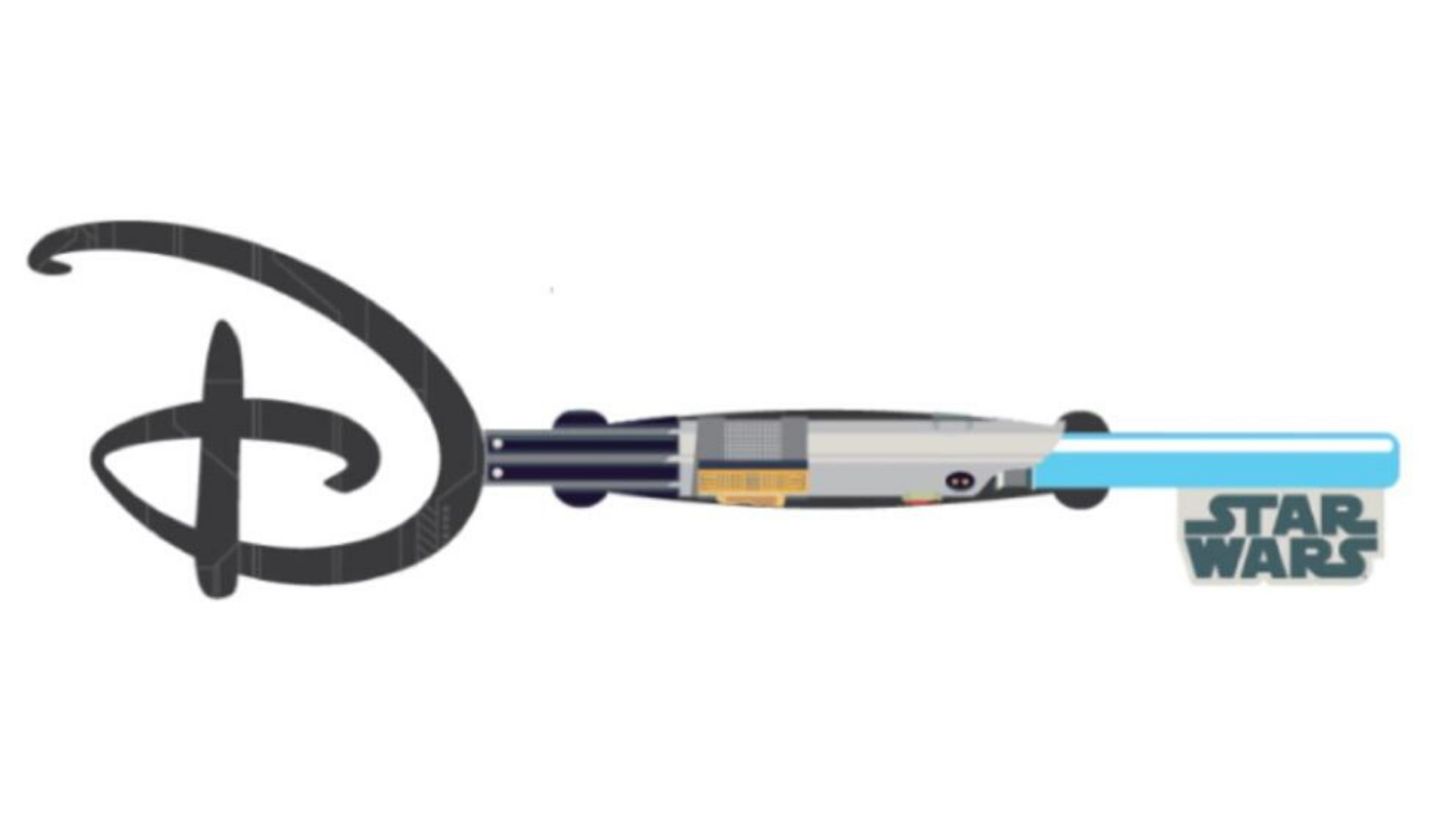 There’s a new Disney Store key joining the May the 4th merchandise lineup on shopDisney, because if there’s any fitting quote for the current shopDisney release situation, it’s “Do or do not, there is no try.”

This exclusive Disney Store key is a special limited edition. Usually these are typically sold at Disney Stores, but given the extended closures, the key will be sold exclusively online via shopDisney.

Concept art for the key (pictured above) shows a heavily Star Wars-influenced design, with the dark grey Disney “D” featuring a futuristic pattern and the body of the key being the infamous Skywalker Lightsaber. (Yes, the same lightsaber that Anakin used to kill younglings during the attack on the Jedi Temple in Revenge of the Sith… which was then passed down to his son Luke Skywalker, and ultimately given to Rey.) Beneath the blue blade is the Star Wars logo as the teeth of the key.

The key will retail for $12.99 and will likely be released with this year’s exclusive May the 4th pin in honor of Star Wars Day, among other merchandise that will likely cause the beleaguered shopDisney system to crash yet again. That being said, if you’re looking to purchase this key, may the Force be with you…