If you’re wondering what happened to the Disney Parks Designer Collection of ear hats and headbands, it’s still going strong despite the closure of the Disney Parks, and tomorrow on shopDisney, you can trade some credits for these new Star Wars droid-themed Minnie ears by Her Universe! 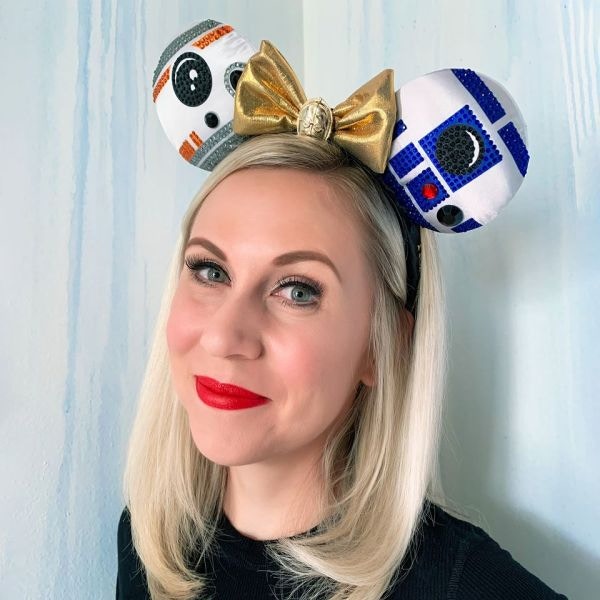 The headband features sequined ears depicting both BB-8 and R2-D2, plus C-3PO adorning the golden center bow. In the promotional photo above, we see Ashley Eckstein, voice of Ahsoka Tano on Star Wars: The Clone Wars and creator of the Her Universe brand, modeling the ears for us.

The ears were announced via Twitter post on shopDisney. Do note that the post has since been taken down and no further details are available on the exact release time or pricing.

Will you be adding these droids to your ear headband collection?