For more than six decades, Disneyland has been a source of joy and inspiration to all the world – particularly during challenging times. 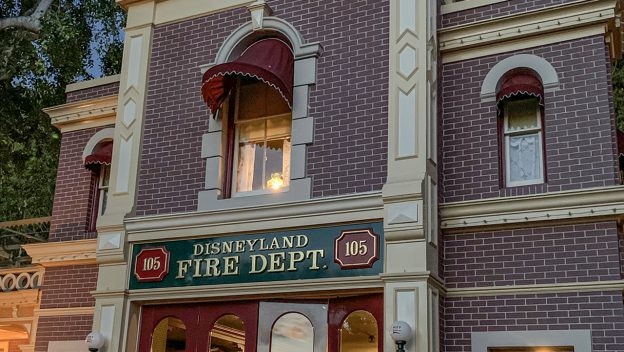 An iconic Victorian-style lamp glows every night from Walt Disney’s apartment in Disneyland park––a tradition spanning from the days Walt Disney himself would visit Disneyland. Whenever the lamp was on, guests and Cast Members knew he was around. The lamp has been on since his passing.

Disneyland President Rebecca Campbell has taken to social media to share this heartwarming photo of Walt’s apartment in Disneyland, which remains lit to this day, despite the unprecedented Disney Parks closures due to COVID-19.

Rebecca Campbell wrote the following caption for her post:

“Inside Walt Disney’s apartment overlooking Town Square at Disneyland, a light has shone through the window above the firehouse for decades. It glows as a source of inspiration to our cast and our guests as a remembrance of the man who once looked out that window to the sights of happy families making memories below.
Tonight, even in a world filled with so much uncertainty, that light still shines, bright as ever. I’m looking forward to the day when families can make memories once again.”

Today, even in a world filled with so much uncertainty, that light still shines, bright as ever.