Last year, I completed the quest: I visited every Disney theme park on the planet. Since then, I’ve been to all but Shanghai more than once, so I feel a familiarity with each of them now. With the new sheen gone from many of the attractions, I feel like I can finally sit down and compose a list of what I think are the ten absolute best attractions that you can currently visit throughout the world.

The only entry from Shanghai, this was a total surprise. I expected to love the Pirates of the Caribbean attraction everyone raves about, but it was another ride where physical sets and audio-animatronics were replaced with screens, clearly in places where it didn’t benefit the attraction. It was a fine ride, but Peter Pan’s Flight is quite possibly the most charming ride Walt Disney Imagineering has ever created, taking a classic and plussing it in thoughtful ways that truly envelope you in the story.

All the magic of the film comes to life with projection effects displaying gorgeous hand-drawn animation, used in places where they made sense and not just as a way to save some money. The animated figures look as if they jumped off the screen and into the ride. Beyond that, hearing the wondrous score of the film recorded by an orchestra and blasted in high-fidelity at all the right moments will give anyone nostalgic for the film goosebumps.

I know I’m usually a purist, but if the Walt Disney World version was rebuilt to be this modernization, I would be overjoyed. Just keep the tin foil volcano, please. 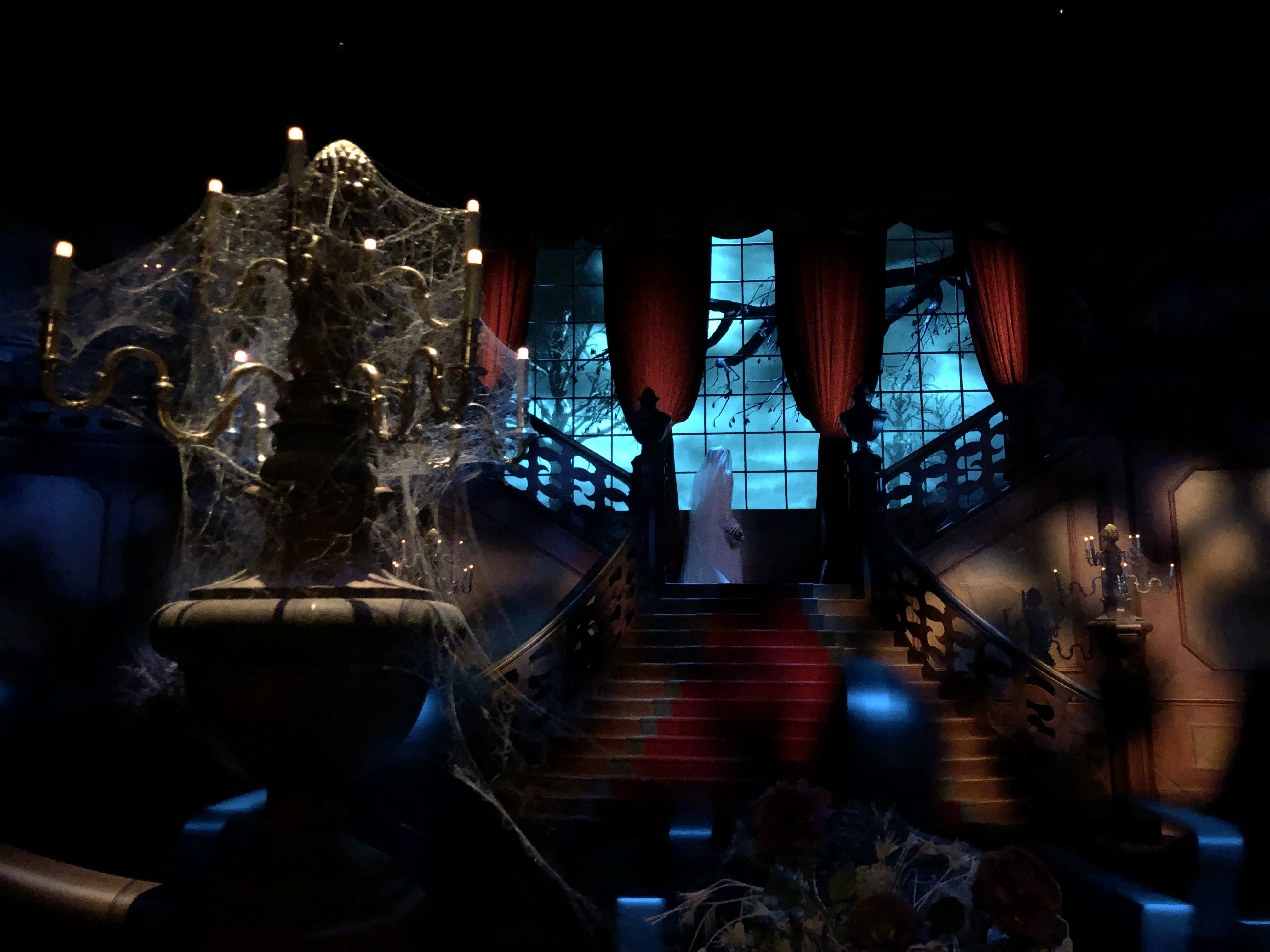 The premier version of The Haunted Mansion, but it did have the benefit of coming 23 years after the original. Telling a coherent story that blends into the land around it, Phantom Manor is the natural evolution of one of Disney’s most legendary attractions. The 2019 update brings Vincent Price as narrator, a number of new visual effects, and a refresh of this beloved Parisian staple that elevates it onto this list, rather than just a honorable mention as it might have been pre-refurbishment.

#8: Pirates of the Caribbean – Disneyland Paris

I grew up going solely to Walt Disney World, and in those trips I recall many joyous voyages aboard the Pirates of the Caribbean. It would be many years until I realized that the absolute worst version of the attraction in the world is the one I fell in love with as a kid. 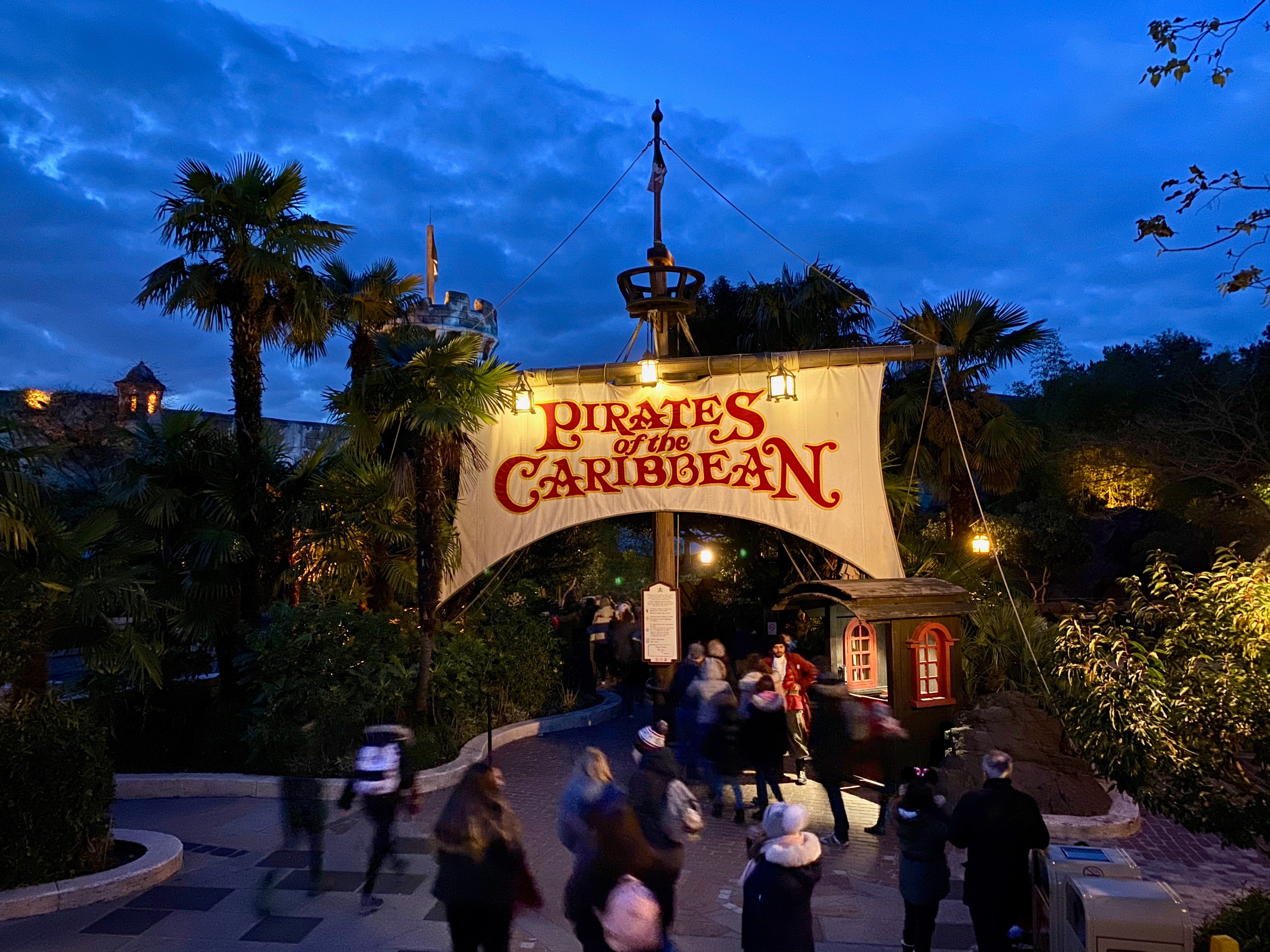 It’s hard to pick a favorite as the Anaheim, Tokyo, and Paris renditions all have something special about them, but the best story from start to finish is told by this entry. The lead up to the attraction’s entrance is epic, walking past a pirate ship, Skull Rock, sandy beaches, and tons of tropical foliage. Once past the beautiful mast marquee, you are at the foot of a massive fort as the Pirates of the Caribbean film scores set the perfect scene. A snaking queue through the fort leads “outside” to a lush boat dock, where your journey begins. A blend of the very best from each Pirates ride can be found, mixed with exciting new offerings like a flooded fort, sword-fighting audio-animatronics, and a drop that actually ends in the dynamite explosion we were promised by Walt Disney on television in the 1960’s. Despite the movie additions, it’s hard to not favor such beautifully laid-out E-Ticket mega-structure that weaves restaurants, rides, and queues together so beautifully.

I’m not the biggest fan of screen-based attractions, but Flight of Passage is one of the few done right. The building is covered in a beautiful mountain, complete with flowing waterfalls, alien foliage, and native artwork.

The queue is awe-inspiring, taking you through indoor and outdoor locales that build to a unforgettable ride experience. The ride itself is a new take on the Soarin’ flying theater, but adds thrilling maneuvers, crisper visuals in 3-D, in-seat effects that will immerse you, and an inspiring musical score. There is a euphoria riders often feel towards the end of the ride, so strong that it’s the only attraction I’ve ever been on where guests are audibly upset when the ride is over. It’s a feeling you never want to leave, but it’s what brings you back over and over again despite the crazy wait times.

The Fantasyland dark rides play an important role in the Disney Parks, and they have since Disneyland opened in 1955. I don’t think even Walt Disney could’ve imagined the heights that these cartoon-inspired attractions would reach with the advent of trackless ride systems in 2000. Pooh’s Hunny Hunt changed the industry forever, and it has taken the rest of the world well-over a decade to catch up with Tokyo Disneyland. Take what is perhaps Disney’s most charming cast of characters, throw in a revolutionary ride system, top-notch audio-animationics, and inventive gags (bouncing vehicles, a ride car full of Heffalumps and Woozles, etc.), and you have the greatest Fantasyland dark ride ever constructed. It is surreal to see a large mass of guests rope-dropping a park to run to a non-thrill ride, but one ride on Pooh’s Hunny Hunt and you’ll understand why.

I’m one of the few fans of the original Cars film, so when Cars Land was announced, I was overjoyed. Most of my love of the film is the setting: a quaint town along Route 66 where colorful characters live and work. A row of businesses along a tourist road is fantastic theme park material, and Cars Land didn’t waste it. A masterclass on how to build an immersive land that puts guests in the film, I still believe the concept hasn’t been executed in a more compelling way than this life-size Radiator Springs. Of course, the land’s E-Ticket extravaganza is a big part of that success.

Radiator Springs Racers brings the Test Track ride system together with cutting-edge audio-animatronic cars, some of which even drive alongside your car in the ride. On top of that, two guest cars race against each other in the shadow of the magnificently crafted Cadillac Range, offering one of the biggest “wow-moments” in the history of theme parks. Racers is also littered with incredible details, hilarious car-puns, and reveals the backstory of Radiator Springs in thoughtful ways that the films simply didn’t have time to.

It’s only a few months old at this point, but what hasn’t already been said about Star Wars – Rise of the Resistance? In a world where more guests than we could’ve possibly imagine felt disappointed with Star Wars: Galaxy’s Edge, the E-Ticket extravaganza came in and saved the day. 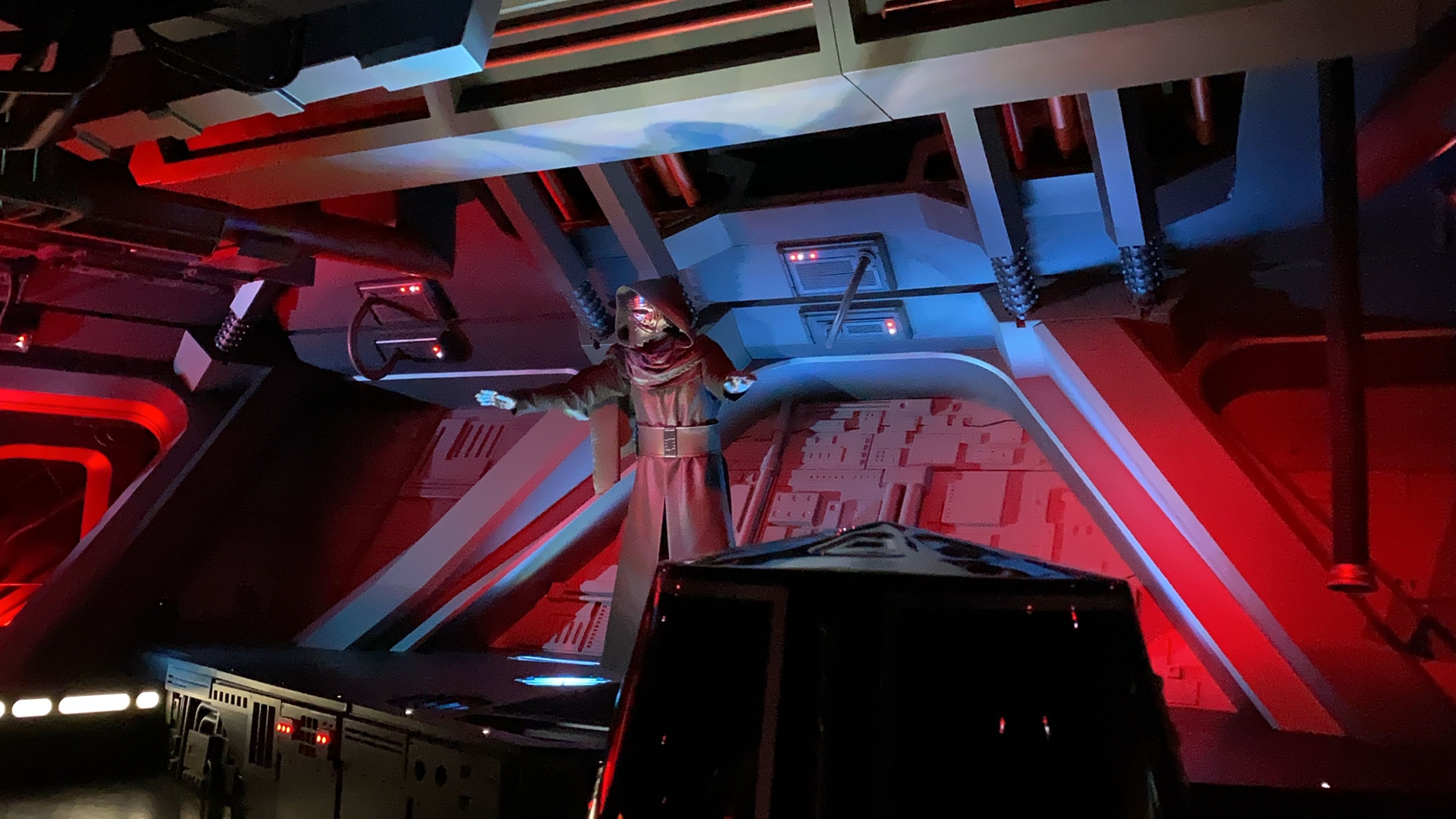 Combining aforementioned trackless ride technology with some thrill elements and a series of pre-shows that stun, Rise of the Resistance will undoubtedly be a big draw for Florida and California for decades to come. If anything keeps this attraction out fo the top 3, it’s how uninteresting the facade and queue are, the presence of “flat” Stormtroopers, and the quality of most of the audio-animatronics. Otherwise, the full experience of this Star Wars adventure is something special. 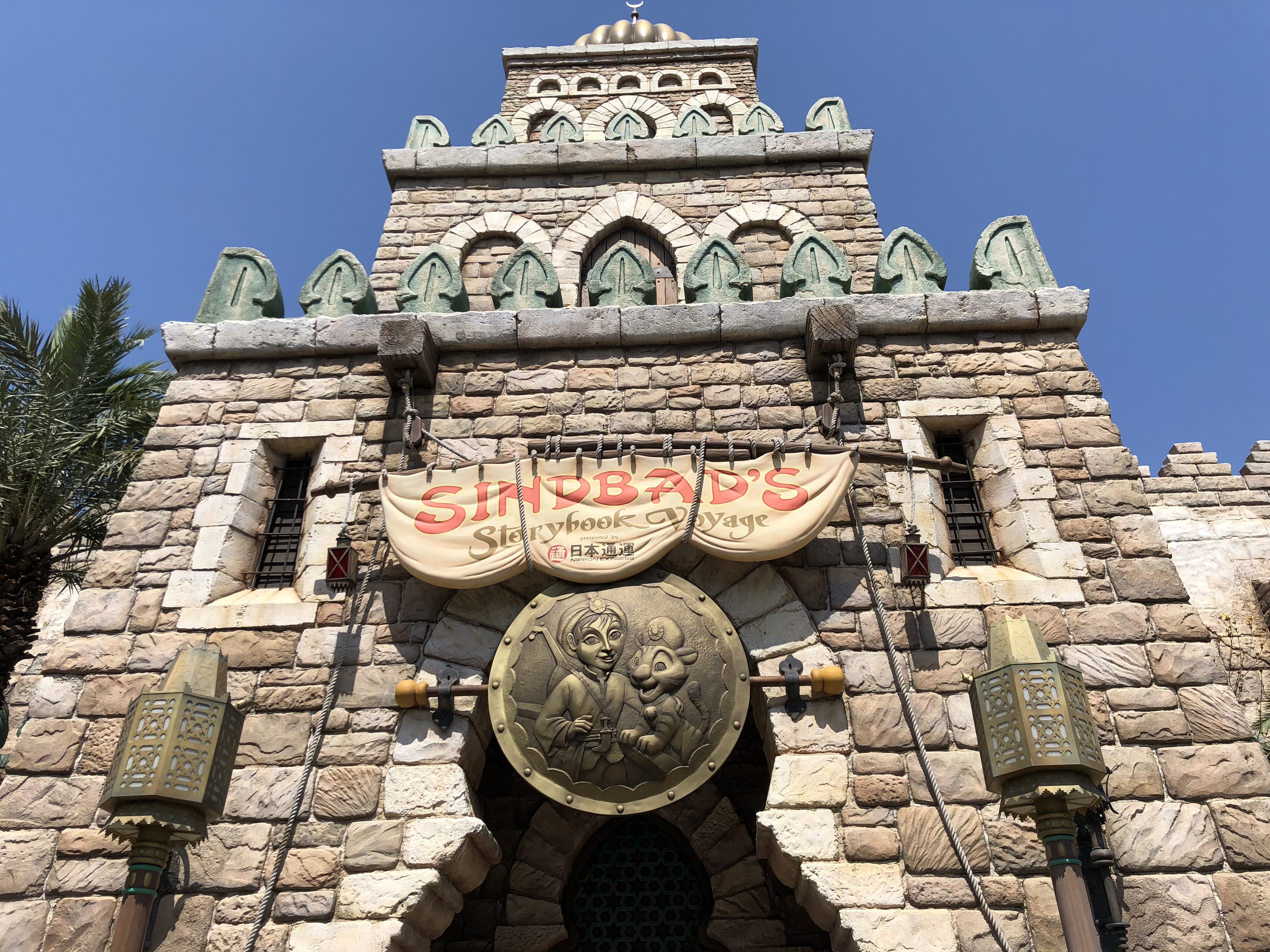 I miss the 10-20 minute long audio-animatronic extravaganzas of my childhood. Disney used to craft many lengthy, slow-moving rides loaded with animated figures set to memorable music. However, even the most well-received attractions of the last decade are often light on AAs and last under 5 minutes. #2: Journey to the Center of the Earth – Tokyo DisneySea 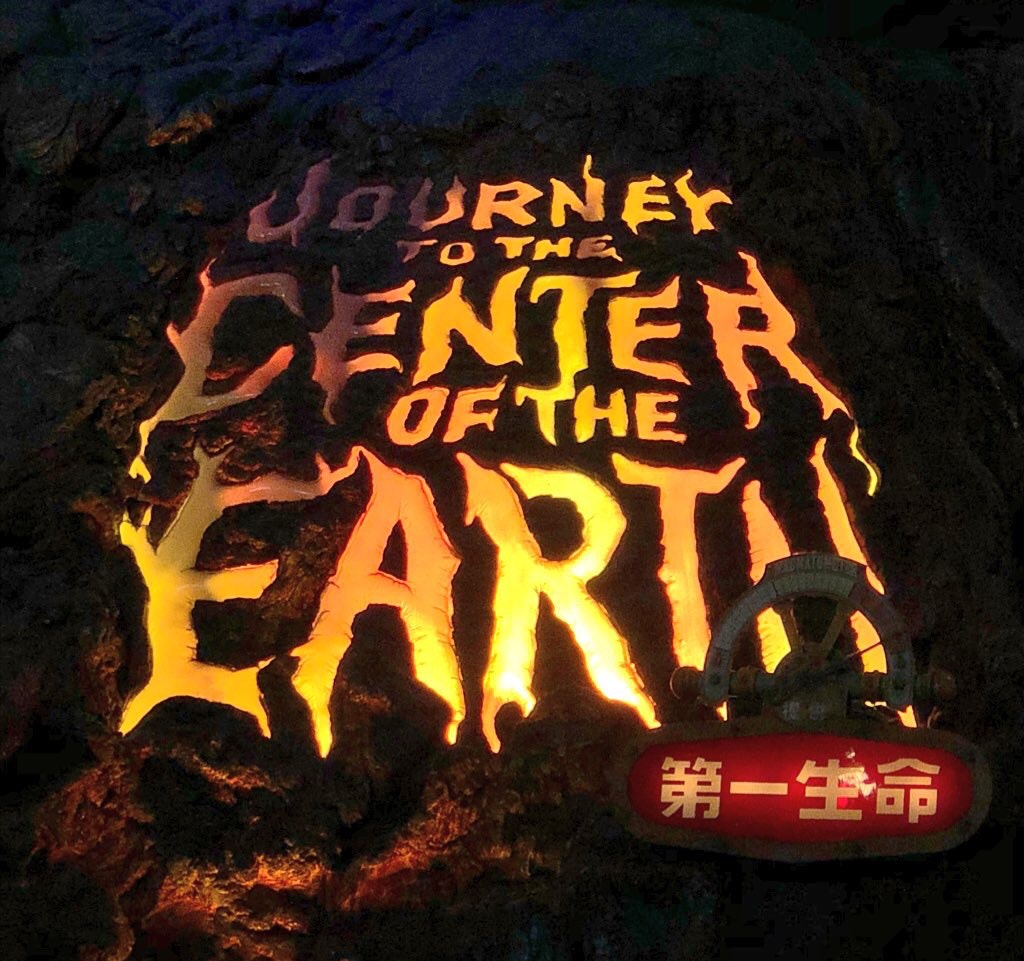 Mysterious Island is the best theme park land ever produced by Walt Disney Imagineering. The scale, the detail, the story, and the picturesque sights make for something we may never see the likes of again. I don’t know that any theme park company will ever be so ambitious again. 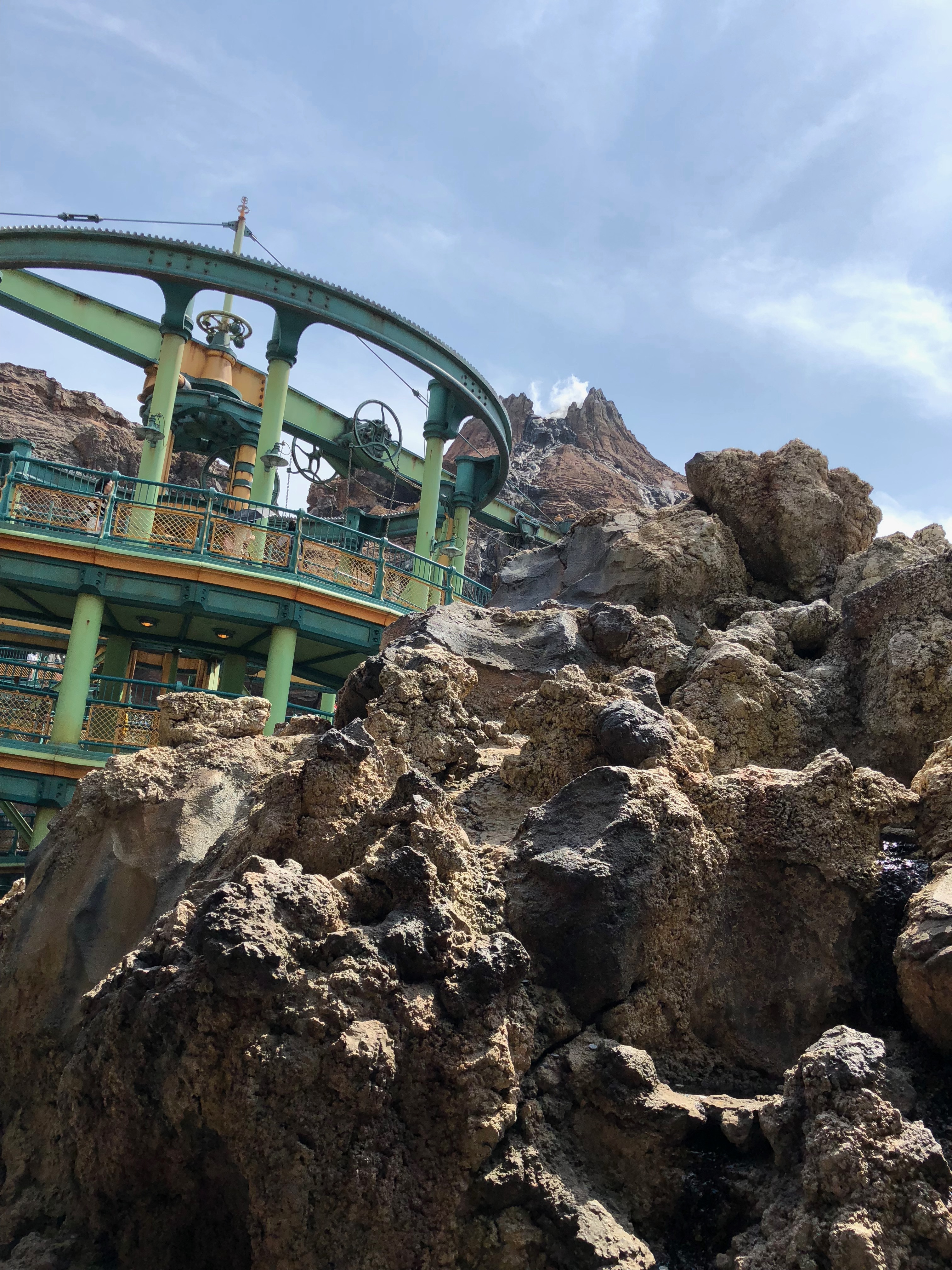 The land represents Captain Nemo’s Vulcania, and the entire land is encircled by the rock mountains of Mount Prometheus, a volcano that smokes and erupts in spectacular fashion. There is nowhere in this land where you can leave the story, every sightline is impeccable. Of course, so is the headlining attraction. 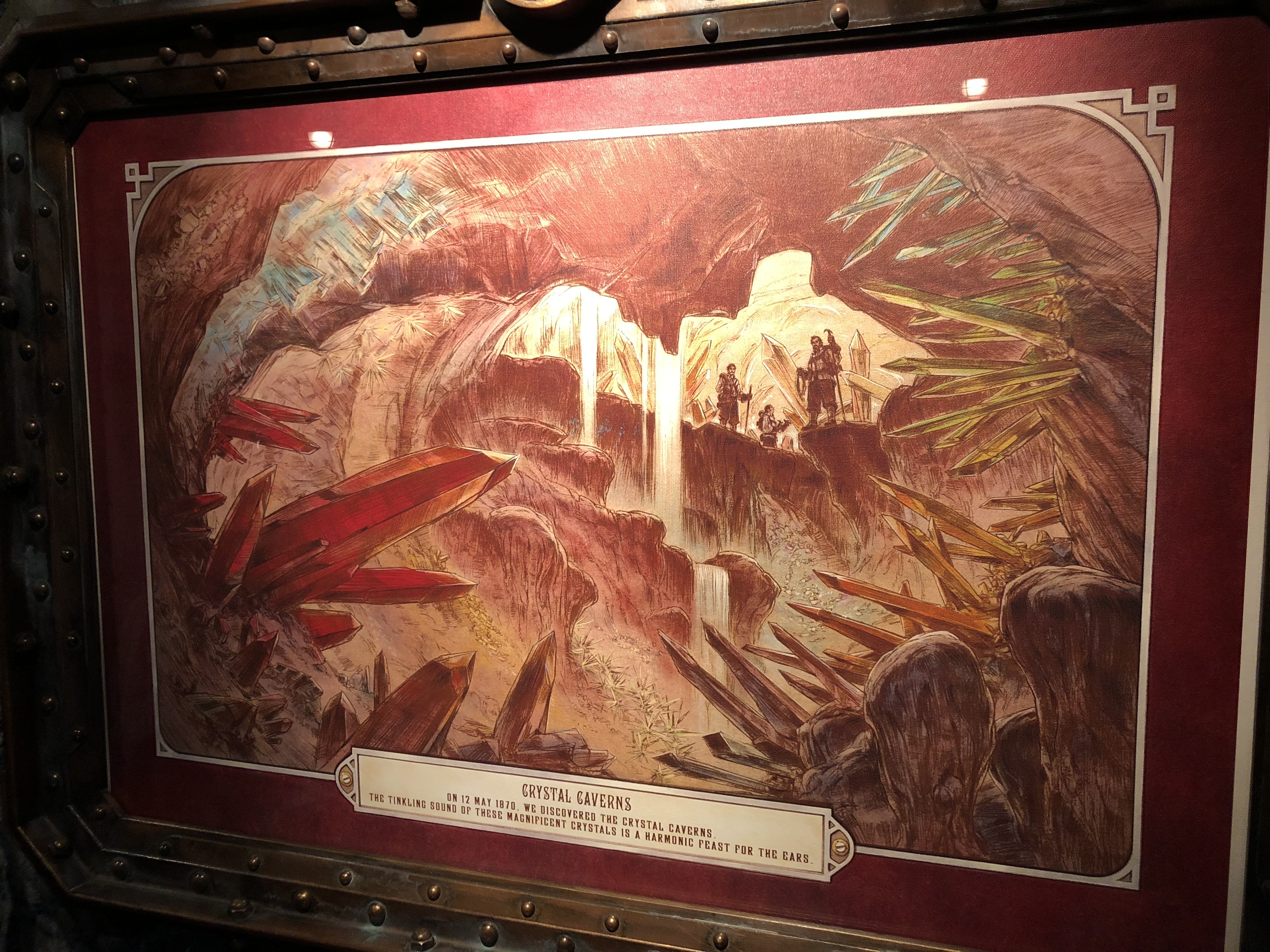 Journey to the Center of the Earth also uses the Test Track ride system, but that is where all similarities end. Between this and Radiator Springs Racers, it’s hard to find a reason for Test Track to still exist at EPCOT. Guests enter caves throughout the volcano to find the hidden entrance to the ride, then weave through a base of operations for Nemo’s crew, filled with tools and discoveries from their excavation work. Guests then board a “Terravator” (elevator) which simulates taking them deep underground. This elevator in fact takes you up to the load area, but you would never in a million years be able to figure that out just by riding in it. 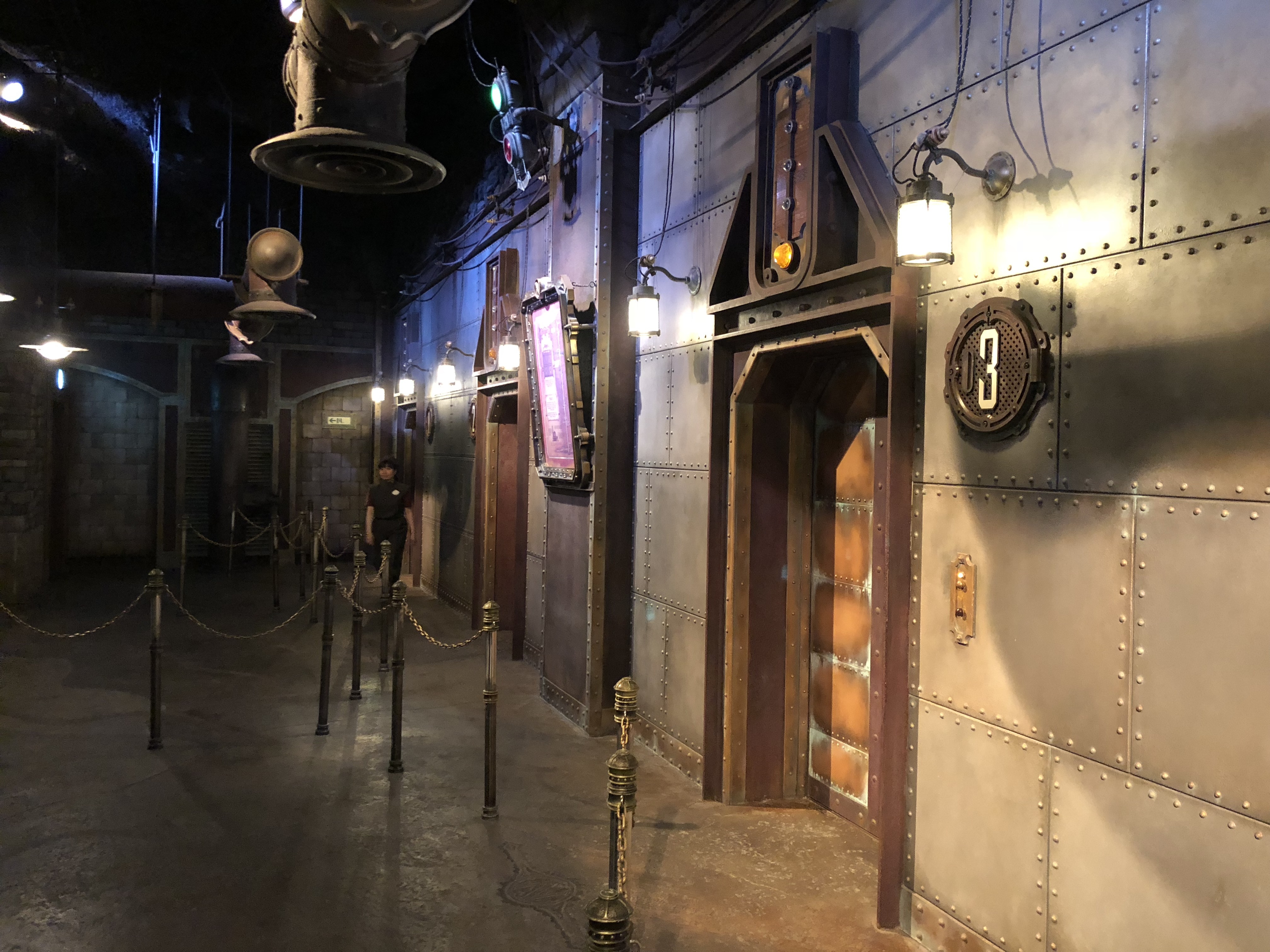 Guests board the steampunk-style ride vehicles and embark on their journey, passing the most beautifully crafted show scenes in any attraction I have ever been on. Seemingly endless crystal caverns, interesting subterranean creatures, and atmospheric sets lead to an encounter with one of the most impressive audio-animatronic creatures ever constructed: the lava monster. The cars then zoom up from the earth at high speeds, blasting out of the exterior of Mount Prometheus, going down a steep drop, and then speed to the unload area.

The only negative I can think of for Journey to the Center of the Earth is that it is a little short, but it is also a high-speed thrill ride. If anything, that is all that keeps it from being number one… 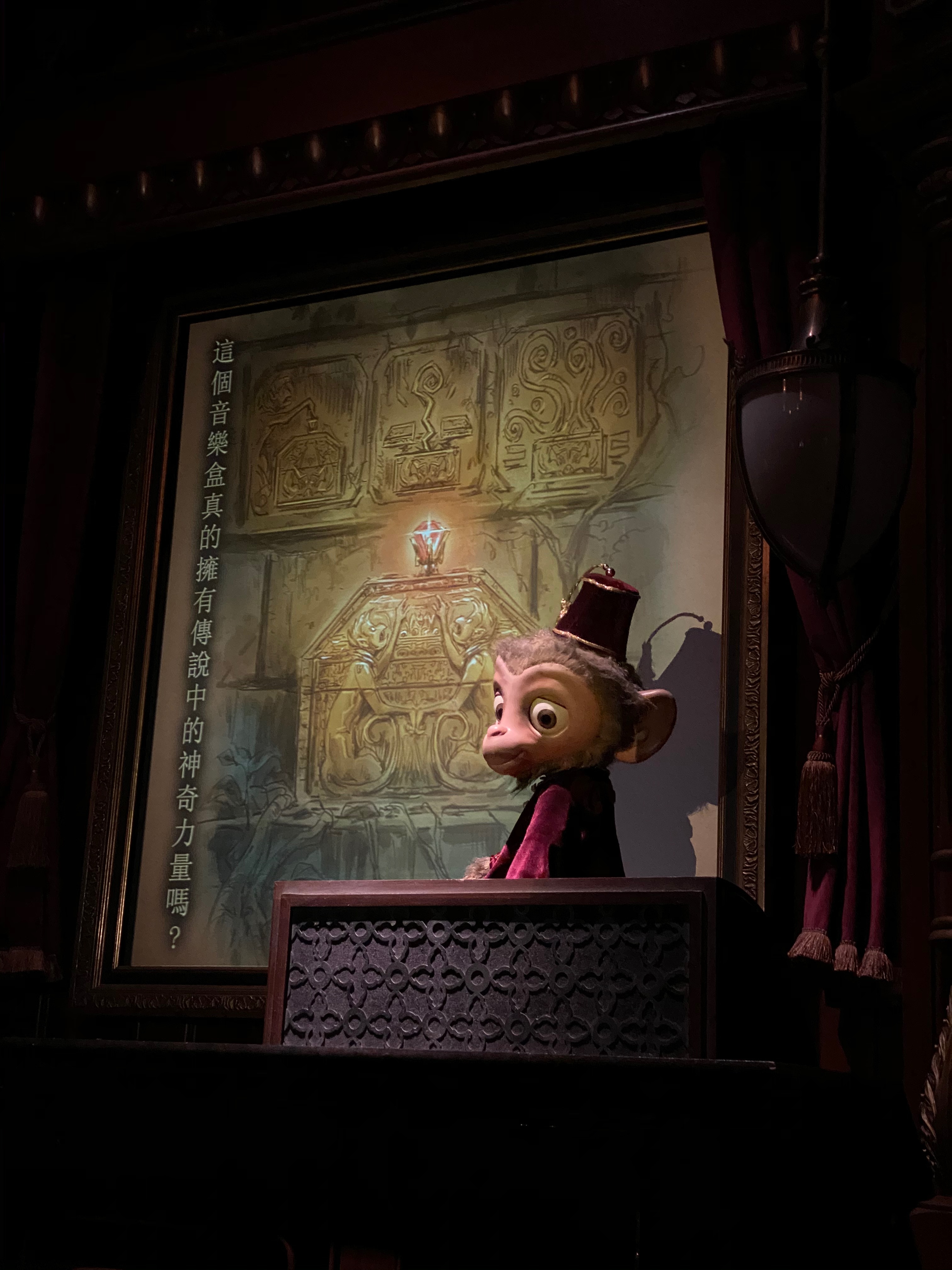 For the record, I don’t consider Mystic Manor a Haunted Mansion ride, it is very much its own thing and should not be compared to any Haunted Mansion. Unlike great attractions of recent years, Mystic Manor instead feels like something that would have been created by Walt Disney, Marc Davis, and slew of legendary Imagineers in the 1960’s. It is the most quintessentially Disney attraction built since the 1990’s. It has an original story, original characters, original music, and is full of charm, stunning special effects, masterful scene staging, and memorable set pieces that are made in a style unique to this ride. On top of that, it was the first time Disney shelled out the money to build a trackless ride system themselves. If you’re a Disney fan (and you are if you’re reading this), Mystic Manor is a love letter to the attractions that made you fall in love with this company. This is not only in the references to attractions of the past, but in the manner of its storytelling and feel.

The score by Danny Elfman is quintessential Disney as well. It was stuck in my head at some point every day from my first visit until my second ten months later, and it still won’t leave me. I am cursed, like the music box, to have this song stuck inside me until the end of time.

Albert the Monkey continues the successful formula of a cute sidekick leading us on a grand adventure, and he (along with Lord Henry Mystic) will certainly live in the pantheon of great Disney theme park characters such as Dreamfinder and Figment. This ride ALONE is worth the trip to Hong Kong. There could be nothing else there and I would still believe my journey halfway around the world was worth it just for Mystic Manor.

There are a lot of great Disney attractions, which makes this list incredibly difficult to put together. Leaving a lot of attractions off of the list made me feel like I wasn’t mentioning some of my children. With that being said, here’s a list of attractions I really love that I couldn’t include in the top 10. These are all must-sees if you visit any of these parks: