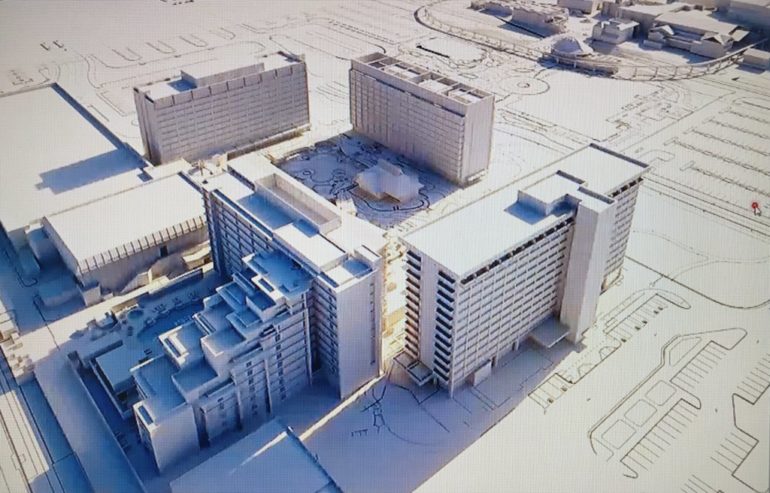 According to @MagicAndWalnut on Twitter, Disney released new renderings and a blueprint of the tower at a community webinar on Thursday.

According to the blueprint, the Disney Vacation Club complex will consist of the “L”-shaped tower, with a separate pool directly behind it. As of the writing of this article, there has been no word as to whether this pool will be exclusively for Vacation Club members.

The focus of some of the art seemed to be on how the tower would be viewed by nearby South Walnut Street. Disney revealed in this webinar that the side facing the street would built in a stepped design to better blend in with the neighborhood, with its lowest point being five stories tall.

The plans are still under review by the City of Anaheim, but it looks like despite the planned cutbacks to capital expenditures, the tower is still in the works, bringing a new “home” for Disney Vacation Club members at the Disneyland Resort.