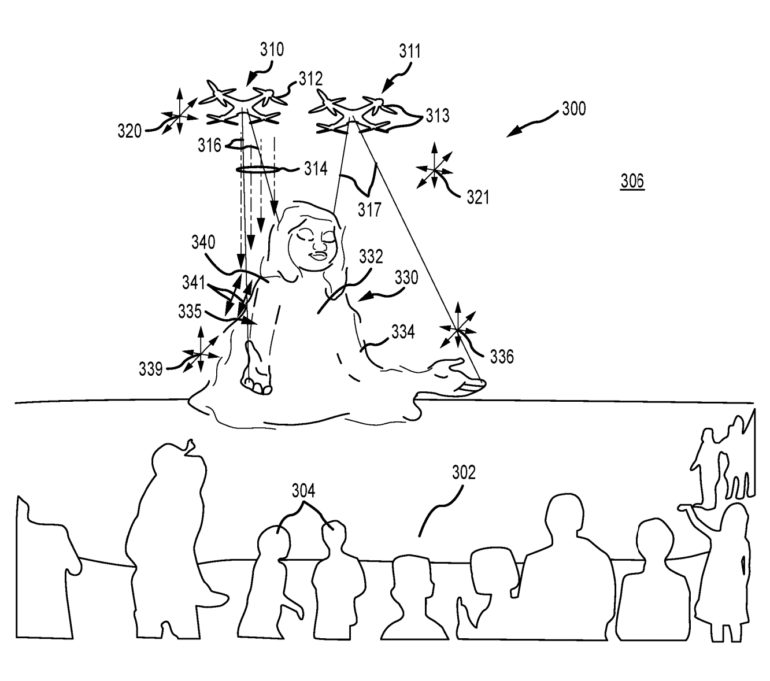 Disney has filed a new patent involving drones that could take their stage shows and nighttime spectaculars to the next level.

The patent is described as:

[A] new aerial show system (and related operational method) adapted for utilizing energy of an unmanned aerial vehicle (UAV) to activate and/or animate creative show effect devices or show elements to produce dynamic show effects as the UAV flies through a show’s airspace.

The patent goes on to describe current nighttime spectacular effects, such as fireworks, laser shows, and fountains. As the patent explains, these effects are all launched from the ground. Designers have recently begun using unmanned aerial vehicles or drones with pre-programmed flight paths in shows. Sometimes these drones are used to lift static set pieces, but the major problem encountered with this is the downwash from the drone can cause the show elements to move in undesired ways. Disney’s new technology seeks to solve this issue.

Disney’s most major use of drones was in the “Starbright Holidays” light show at Disney Springs. This show used drones with pre-programmed flight paths and light designs to create different holiday-themed shapes in the sky. The show was only presented during the 2016 holiday season and must have left Disney wanting more. Disney later used drones to make it appear X-Wings were flying over Star Wars: Galaxy’s Edge, but this was only a brief, special appearance.

The new patent focuses on a drone’s ability to carry or effect other show elements, rather than be just decorated or programmed with light-up effects. The patent seeks to utilize the problematic downwash to activate or animate movable components of a show, such as a propeller.

The figure above points to a propeller and rudder on a pirate ship and how those might be moved by the controlled downwash of the drones carrying it.

The downwash may also be specifically redirected using a funneling element to create effects with particles such as water droplets. This could create highly controlled weather-effects or a water-based projection screen, as seen on the left in the figure above. In the rest of the above figure, you can also see how the downwash can control objects that aren’t attached to it all. The center image shows a bird-shaped object being released from the drone and then controlled using the downwash. The image on the right shows a helicopter taking off via the downwash.

Though we’re sure this technology has a way to go before we’ll be seeing it in full shows at the theme parks, it is an exciting look at the future of Disney spectaculars. What do you think of this use of drones to enhance show elements? Let us know in the comments. 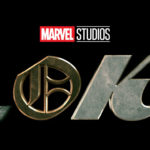