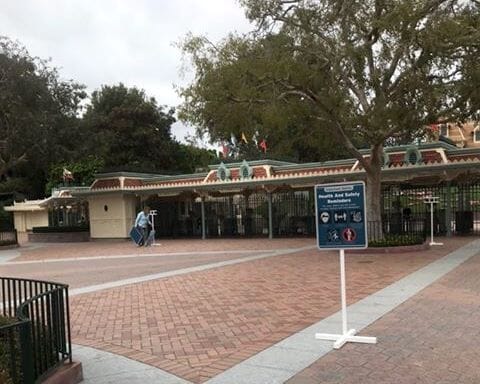 Health and safety reminder signs have been added to the entrances of the Disneyland Resort theme parks, indicating the parks will be opening soon.

Instagram user Devin (@dev_is_the_dis) provided us with photos of signs in front of both Disneyland Park and Disney California Adventure.

A Cast Member was placing signs outside Disneyland Park when Devin was getting photos.

While Cast Members have been seen preparing the parks for reopening, no reopening date has been announced. Disneyland has canceled reservations through September 19, so it’s possible the parks will open soon after that.