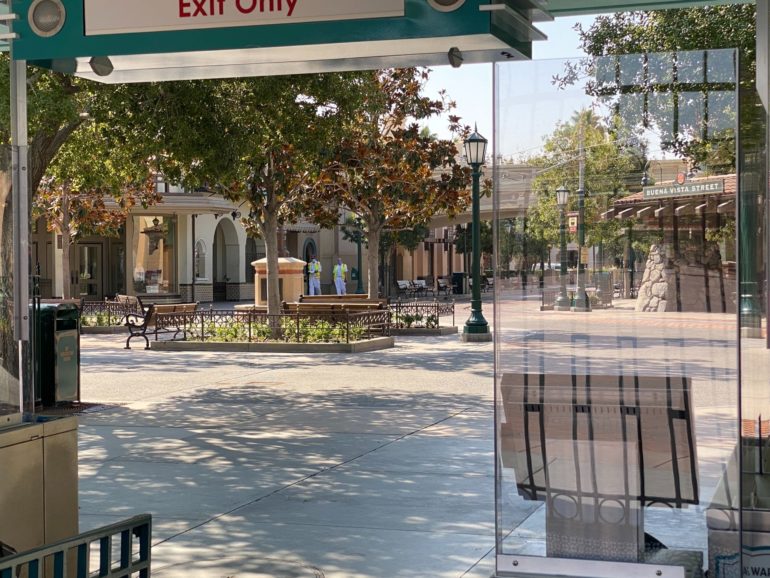 Though Disneyland Resort has sent cancellation emails to guests through September 19, the theme parks are still preparing to reopen soon.

As we checked out the entrance to Disney California Adventure, we first noticed a crane hard at work in the distance.

We could see Cast Members walking around Buena Vista Street.

There was a golf cart parked at the far end of the street. We could also hear music playing in the park.

Other Cast Members were carrying boxes into the Elysian Arcade.

And behind some trees and benches, we also saw a tractor in the distance.

While it all still depends on state guidelines, it seems that the Disneyland Resort theme parks will be opening sooner rather than later. Keep checking Disneyland News Today for more news about Disneyland Park and Disney California Adventure reopening.