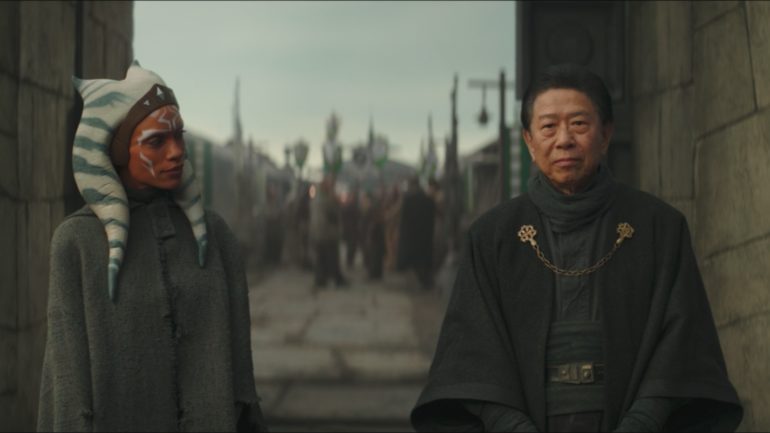 While this week’s episode of The Mandalorian on Disney+ revealed some major information (which we won’t spoil), it also had a cameo from Disney Legend and former Imagineer Wing T. Chao.

Chao appeared as Governor Wing, whose village had been overtaken by the evil Magistrate Morgan Elsbeth. As Governor Wing, Chao helped the Mandalorian save his people and win back his town.

Chao worked as an Imagineer for over 37 years, from 1972 to 2009. He worked on all four Disney Cruise Line ships, Disneyland Paris, Hong Kong Disneyland, and Tokyo Disneyland. He was named a Disney Legend at last year’s D23 Expo.

Wing T. Chao is not the first Disney Legend to appear in The Mandalorian. Ming-Na Wen appeared in an episode last year soon after being named a Disney Legend. The show is chock full of character and performer cameos, particularly this season. Who has been your favorite? Let us know in the comments.