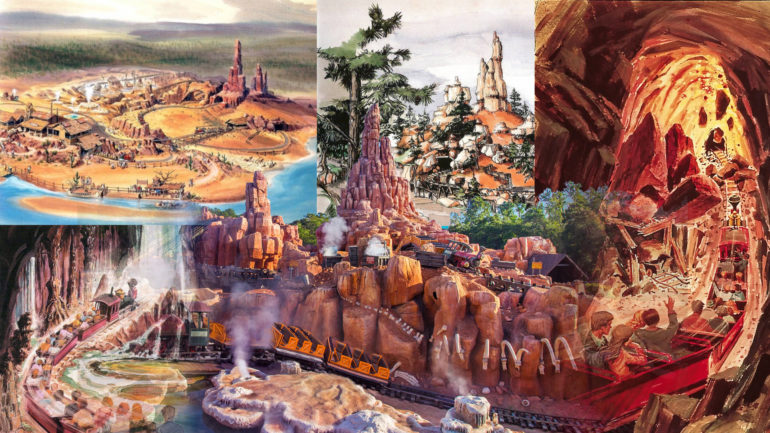 Howdy Partners! During our recent 65 hour marathon to raise money for The Cast Member Pantry, Tom and the WDWNT team circled their wagons for a special three-hour episode of Back to the Future LIVE celebrating the 40th anniversary of Big Thunder Mountain Railroad.

In this episode, you’ll learn about the precursor to Big Thunder Mountain Railroad, the Mine Train Through Nature’s Wonderland. You’ll also learn about the attraction’s connection with the scrapped Western River Expedition. This detailed experience features concept art, historic videos from Walt Disney Imagineering, and lots of spirited discussion. So be sure to remove your hats and glasses (well, maybe not your glasses) and join “Professor Corless” as we journey back over 40 years to the origins of the wildest ride in the wilderness!

For more fun with “Professor Corless” check out our epic FOUR HOUR episode of back to the Future LIVE celebrating The Great Movie Ride.

Are you a Big Thunder Mountain Railroad fan? Which of the 4 versions of the attraction is your favorite? What other attractions would you like us to go Back to the Future with? Let us know down in the comments!