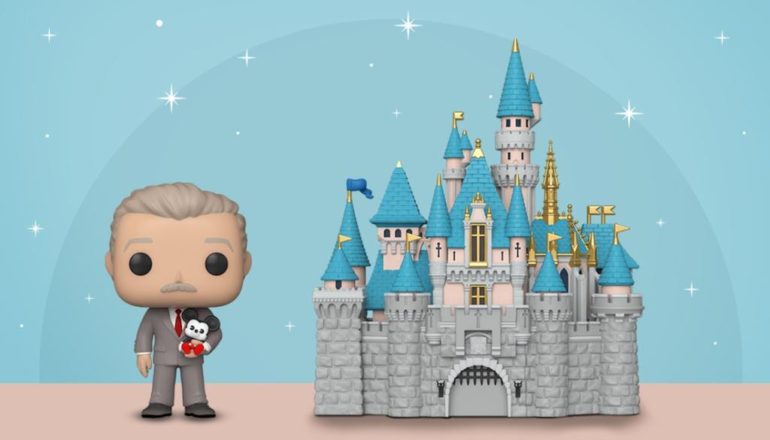 Just in time for his birthday, the Walt Disney and Sleeping Beauty Castle Funko POP! figurine set will release on shopDisney on Saturday, December 5th.

The set was previously announced as part of Funko’s line celebrating Disneyland’s 65th anniversary. It’s also expected to be available at Disney Parks, though no official release date has been set.

The POP! of Walt, born on December 5th, 1901, features him in a gray suit clutching Mickey Mouse, a reminder of the iconic character Disney created over 90 years ago. Meanwhile, Sleeping Beauty Castle still features the lighter blue and pink color scheme that it sported prior to its refurbishment last year.

Other releases in the series have included Mickey Mouse in a bandleader outfit also with the castle, as well as characters like Minnie Mouse, Donald Duck, Goofy and more riding the Casey Jr. Circus Train and Matterhorn Bobsleds, as well as characters from Alice in Wonderland in the teacups from Mad Tea Party.

Will you be up early on Saturday to add Walt to your collection? Share your thoughts in the comments!