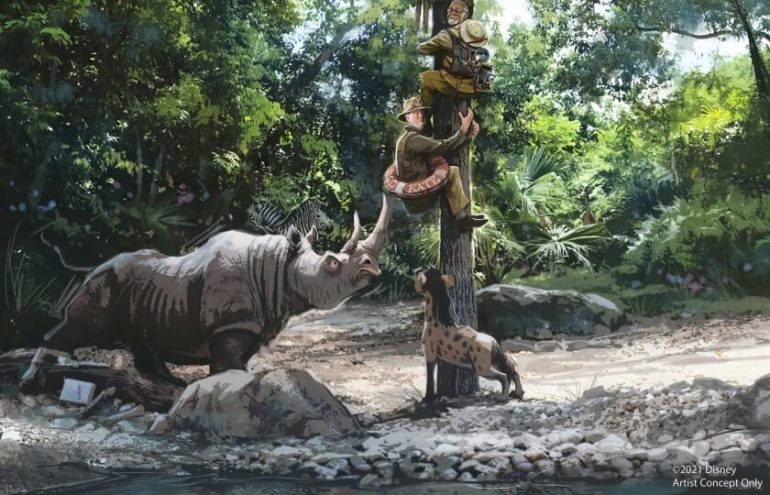 We reported in January that the Jungle Cruise attractions at both Disneyland and Walt Disney World would be undergoing cultural sensitivity changes. Permits were filed to begin construction to modify several scenes in the attraction.

One scene in the attraction shows several explorers being chased up a tree by a rhino, but the explorers will now be depicted as a more culturally diverse group. Another scene shows a family of chimpanzees that got themselves into some trouble by taking over the explorer’s boat. The small refreshes to the attraction will be temporarily blocked while under construction by scrims to help enclose the workspace and block the view until the new scenes are complete. The current permits are to allow for these scrims to be built.

This construction is scheduled to be finished by the end of 2021.

Are you excited for these new additions to the Jungle Cruise attraction? Let us know in the comments below!