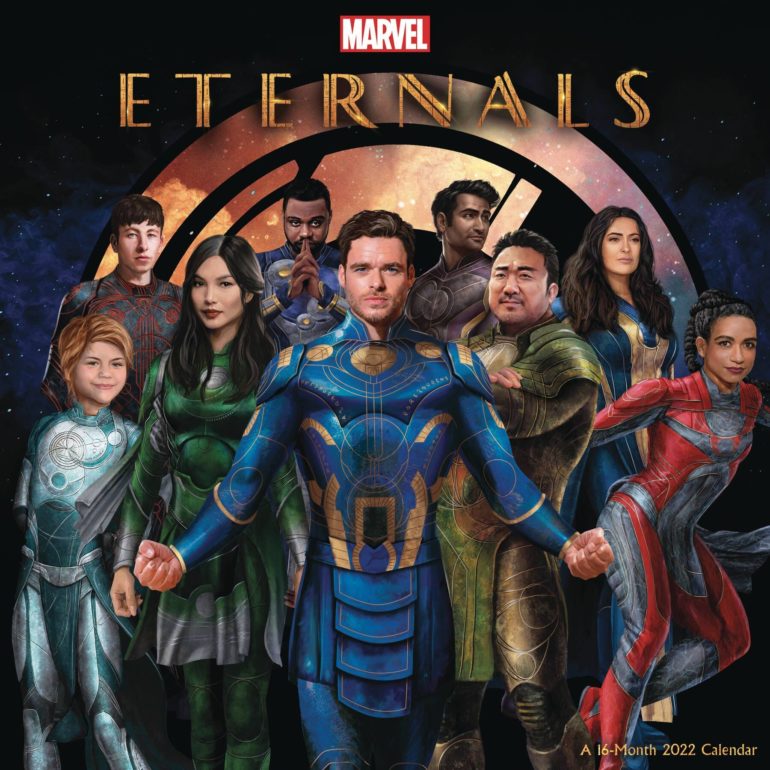 Thanks to Previews World listing an upcoming 2022 calendar, an image of the superheroes of Marvel’s upcoming film Eternals has surfaced online. Earlier promo art gave us a peek at the Eternals superheroes in their costumes, but now we can see them in full detail.

The cover of the 16-month calendar features drawings of the superheroes. The live-action film will star, starting from the back left to right: Barry Keoghan as Druig, Brian Tyree Henry as Phastos, Kumail Nanjiani as Kingo, Salma Hayek as Ajak, Lia McHugh as Sprite, Gemma Chan as Sersi, Richard Madden as Ikaris, Don Lee as Gilgamesh, Lauren Ridloff as Makkari, and Angelina Jolie as Thena (not pictured).

Originally set for release on November 6, 2020, Eternals will be part of Phase Four of the MCU and is now scheduled to be released on November 5, 2021 due to the COVID-19 pandemic.