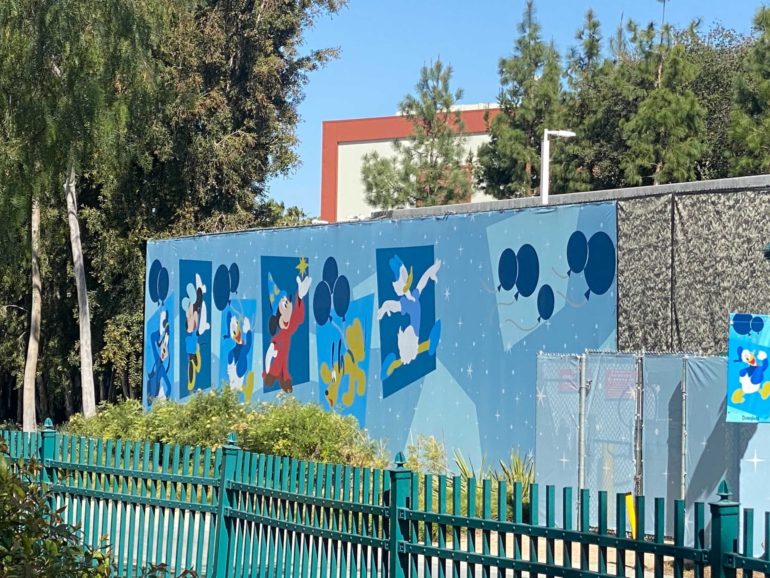 To park at the Disneyland Resort, guests arrive at the Mickey & Friends Parking Structure and take the tram to the Downtown Disney District. Today, the tram route is full of decorations with Mickey Mouse and some of his friends to celebrate their slightly belated 65th anniversary.

Colorful flags featuring Sorcerer Mickey and friends hang from the lampposts and line the street on the tram’s path.

A large banner with Sorcerer Mickey, Minnie Mouse, Donald Duck, Daisy Duck, Goofy, and Pluto hangs as a backdrop for guests along the tram’s path.

The iconic characters release balloons and seem to be celebrating.

The tram route will be open as a walking path in March from the Mickey & Friends parking structure to Disney’s California Adventure for a limited time ticketed event, “A Touch of Disney”.

Could this mean more celebrations will ensue as the Disneyland Resort begins a phased reopening soon? Disney’s California Adventure will be opening in a limited fashion for an exclusive ticketed event starting this March, and a portion of Disney’s Grand Californian Resort & Spa will be opening in May.

Let us know what you think of these adorable 65th Anniversary decorations in the comments below!