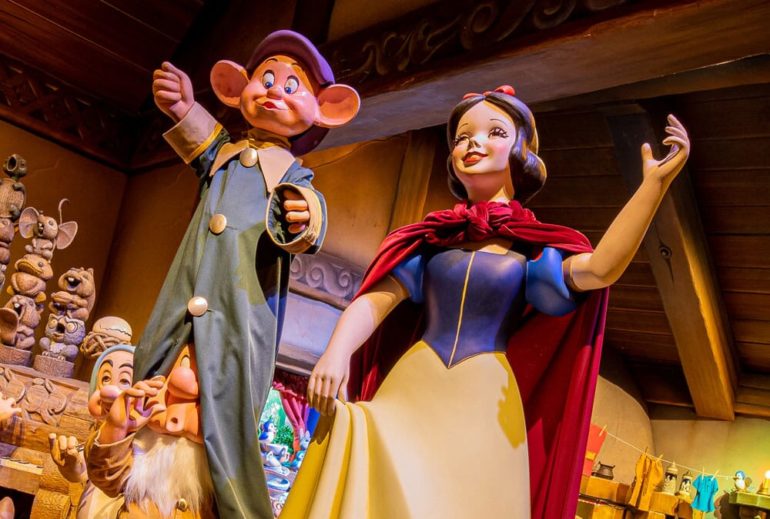 Like an enchanted princess, Disneyland will emerge from its slumber on April 30th, and with it, so will the newly reimagined Snow White’s Enchanted Wish.

The timeless tale comes alive in dazzling new scenes, including a dancing figure of Snow White joining the dwarfs in their cottage as the scent of a baking pie wafts through the air. Vibrant new shadow projections show the dwarfs as they march off to the mine happily singing “Heigh Ho,” and the new lighting, glittering jewels and shimmering effects make the mine sparkle. Guests then travel through the Queen’s den to see a new library of spell books, glowing potions and bubbling flasks, toward the famous magic mirror. In the end, Snow White and her Prince ride joyfully into a golden sunset to live happily ever after.

During the shutdown, Walt Disney Imagineers worked from home on the project during the shutdown due to the COVID-19 pandemic. Thanks to their efforts, we now know that the attraction will be ready to go once guests return to The Happiest Place on Earth.

Keep reading WDWNT and Disneyland News Today for more on this ongoing story.