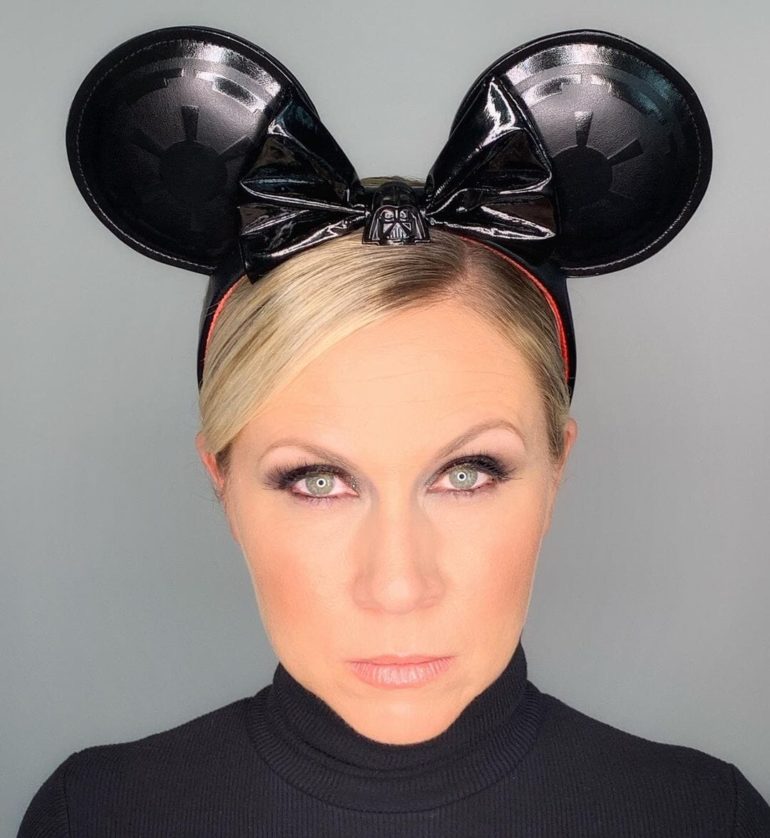 It’s Star Wars Day, and that means new Star Wars goodies! Ashley Eckstein, the voice of Ahsoka Tano in Star Wars: The Clone Wars and creator of Her Universe, announced the pre-order of new Darth Vader-inspired Minnie Ears. The ears will be available for pre-order starting today on ShopDisney at 10 am ET and will arrive in Disney Parks later this month.

Eckstein modeled the ears for her Instagram. The ears feature the logo of the Empire and are topped with a shiny black bow and small Darth Vader mask.

The back of the ears read “Rule the Galaxy.”

Will these Darth Vader Minnie Ears be a must-have for your collection? Let us know in the comments.