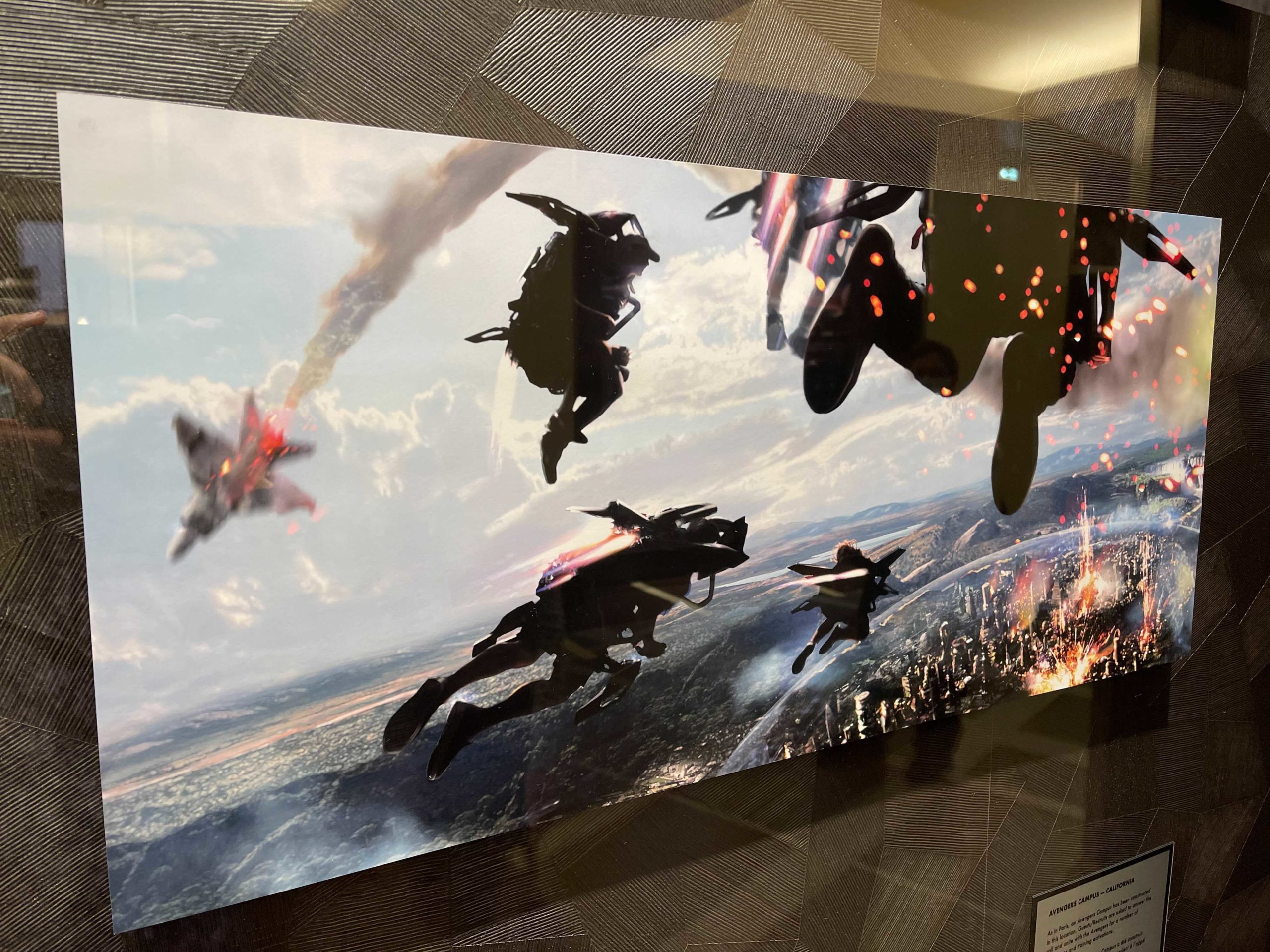 In Disney’s Hotel New York – The Art of Marvel, which just opened at Disneyland Paris, concept art for California Adventure’s Avengers Campus is being displayed. Some of the never-before-seen art depicts an Avengers-themed E-Ticket attraction that is still expected at some point in the future.

The first image is of the Avengers Headquarters, which was completed, but does not house an attraction. Instead, characters appear on the balcony outside. In this Art, we see the added attraction entrance to the right.

The rest of the images give us a glimpse of what could be, starting with the first part of the experience: a flight to Wakanda.

In a rarer art piece, we see guests walking through the Avengers’ hangar.

One of the more impressive works of art shows heroes from the Marvel universe all fighting aliens side-by-side. Fans will recognize Captain Marvel, Thor, Black Panther, the Dora Milaje, Hulk, and more. Guests are flying around on jetpacks, the vehicle for the ride.

Another piece shows guests flying through the sky towards a bubble-covered city, and a plane crashing in the background. The ride-system will heavily rely on screens, but reportedly is a new kind of simulator system never-before-seen.

Avengers Campus is also coming soon to Walt Disney Studios Paris, but no opening date has been announced. The Paris land is not slated to get this attraction.