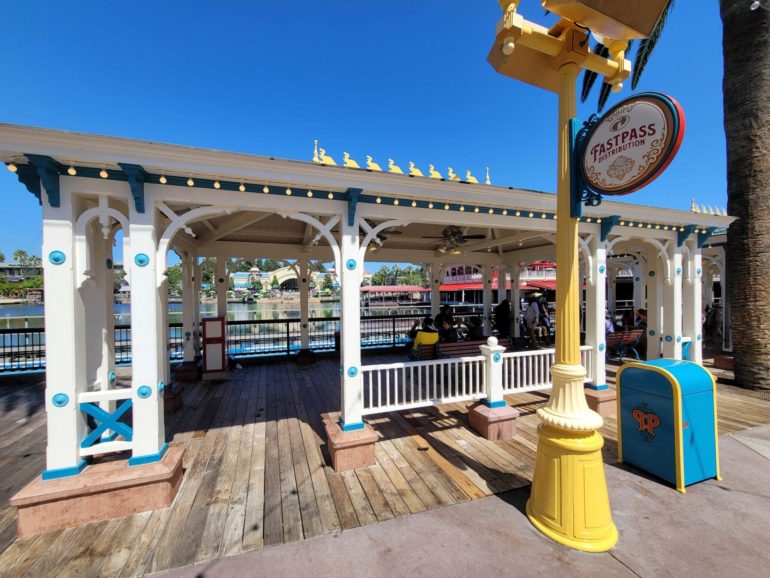 Lightning Lane is coming, and preparations are underway! Unlike Walt Disney World, no new signage has appeared at Disneyland Resort; however, FastPass kiosks are being removed from around the parks. We found two more sets of kiosks missing today, this time at Disney California Adventure.

Over in Pixar Pier, the FastPass kiosks for the Incredicoaster and Toy Story Midway Mania have been removed.

For comparison, see the photos below from last month when the kiosks were in place.

The kiosks for Grizzly River Run have also been removed.

The holes from the hardware have been filled, but you can still see where the kiosks were previously installed. For comparison, see the photos below from last month.

Learn more about Genie+ and Lightning Lane, the paid replacement for FastPass, here.