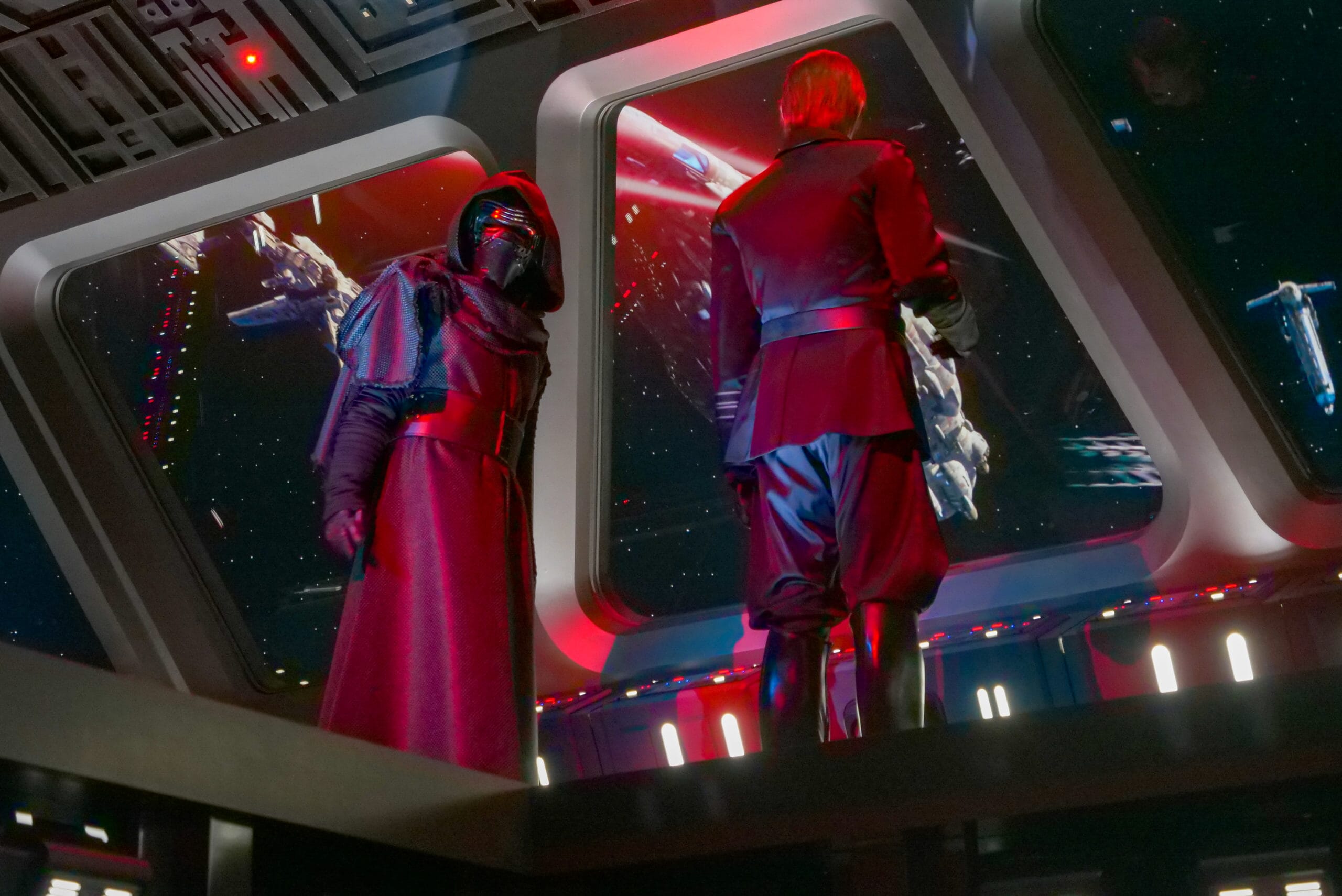 An entertainment designer has filed a lawsuit against Disney, claiming that Star Wars: Rise of the Resistance uses technology he designed and pitched to Disney in 2014.

Louis Alfieri previously worked with Universal Creative and is now the chief creative officer of entertainment design company Raven Sun Creative. According to the lawsuit he filed in Orlando’s U.S. District Court last week, Alfieri pitched an “Ultra Tower Show Experience” to Walt Disney Imagineering in 2014. Alfieri’s patent for the drop ride mechanism used in the pitch was then pending. He claims Disney has used this technology in the popular Star Wars: Rise of the Resistance without consulting his company or compensating him.

The patent was filed in 2013 for a “vertically-aligned amusement ride apparatus.” This would move a ride in sync with a video on a screen. The moment in Star Wars: Rise of the Resistance that uses this technology is near the end, when guests drop in front of a screen while escaping the First Order Star Destroyer on an escape pod. Other drop rides, including The Twilight Zone Tower of Terror, have used similar technology but Alfieri claims his technology improved on this mechanism for an “enhanced illusion and improved experience.”

Raven Sun Creative notified Disney of the patent infringement in March 2020, according to the lawsuit. Disney responded in November 2020 saying they would not be compensating the company and would continue to operate Star Wars: Rise of the Resistance.

Disney representatives did not respond to Orlando Sentinel’s request for comment.

BREAKING: Mickey’s Toontown in Disneyland to Close March 2022 for Reimagining

REVIEW: Chicken Parmesan Pizza and Tomato Cream Pasta Are Not Our Chosen Ones at Alien Pizza Planet in Disneyland Park