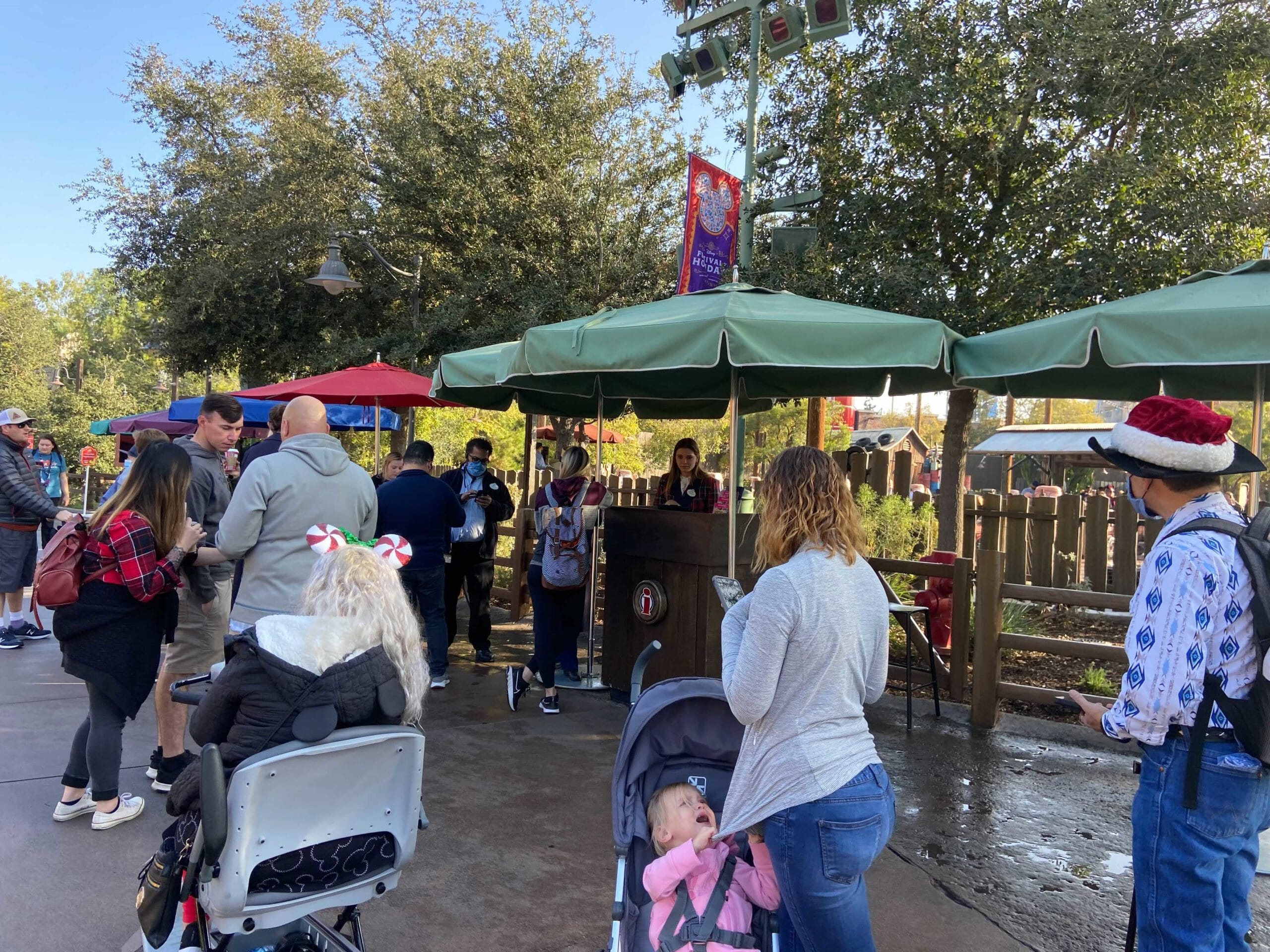 Disney Genie has arrived at Disneyland Resort, but its first day has not gone smoothly. Despite an easy start in the morning, once operations kicked into full swing, it seems the Disneyland App couldn’t handle the strain.

We had issues with nearly every aspect of the Genie experience.

Unfortunately, the issues with the app weren’t limited to only Genie services. Other guests we spoke with were also having issues with dining reservations and general functionality.

The lines at various Guest Relations locations around the park rapidly grew.

Guests around us were very upset, some having spent $80 or more to avoid long lines with Genie+ and now faced with long waits at Guest Relations.

The root of the issue is unknown. When it was our turn at Guest Relations, they told us they are going to try a hard reset of the software and to try again later. In the meantime, we were given two attraction recovery passes.

The passes are good for up to six guests at one attraction each. This includes all attractions except those within Star Wars: Galaxy’s Edge.