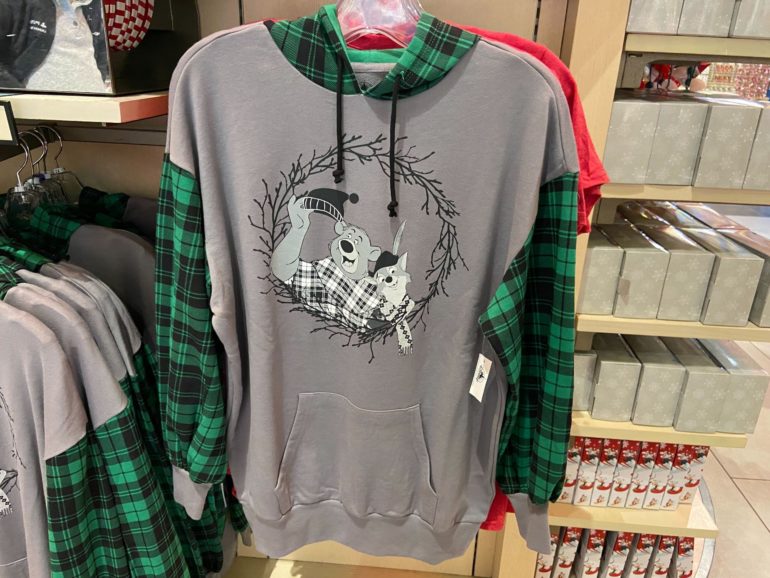 Although some of Disney’s films from the 1970s and 1980s don’t get as much love as those from the Disney Renaissance or the Walt-era, once in a blue moon we get to see new merchandise from the lesser-loved but still fantastic films of this time. Case in point, a new sweater featuring Robin Hood and Little John from Disney’s animated cult classic “Robin Hood” is now available at Disneyland Resort, just in time for the chilly winter months.

The torso of the sweater is grey, while the sleeves and hood are green plaid.

In the center, Robin is wearing a winter scarf. Little John has a winter hat and his robe is plaid.

We found this in World of Disney Store at the Downtown Disney District, so be sure to pop in if you’re looking to represent Robin Hood and Little John this winter, and let us know in the comments if that’s your plan!