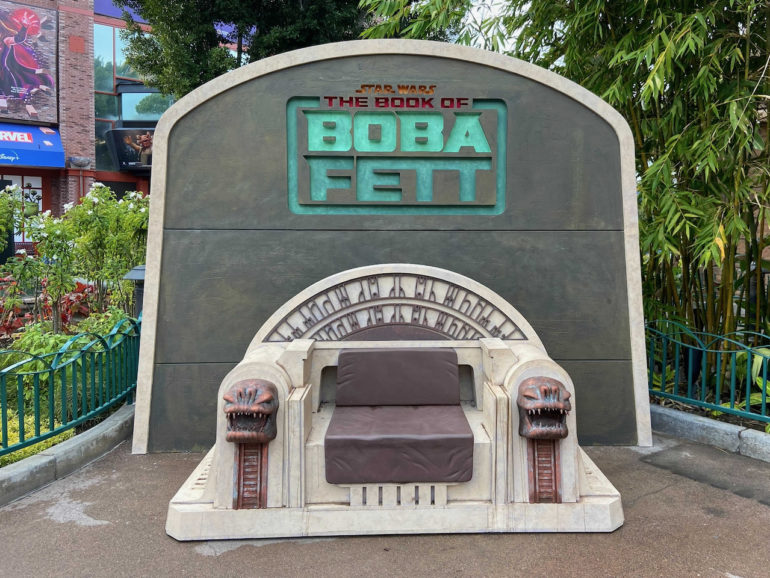 With “The Book of Boba Fett” premiering December 29th on Disney+, the promotions are ramping up fort his exciting new series focusing on the story of the galaxy’s most feared bounty hunter. And to help drum up excitement for the new series, a photo spot themed to the upcoming show has been installed at the Star Wars Trading Post in the Downtown Disney District!

You might happen to spy it on the left as you head for the Star Wars Trading Post. It’s pretty large so it’ll certainly be difficult to miss.

The photo spot is based on Boba Fett’s throne, which we’ve seen in a few promotional materials and merchandise items. You can sit down and take your picture as if you’re ruling over a great crime syndicate in the Outer Rim of the galaxy!

“The Book of Boba Fett” finds legendary bounty hunter Boba Fett (Temuera Morrison) and mercenary Fennec Shand (Ming-Na Wen) navigating the galaxy’s underworld when they return to the sands of Tatooine to stake their claim on the territory once ruled by Jabba the Hutt and his crime syndicate. It premieres December 29th exclusively on Disney+.