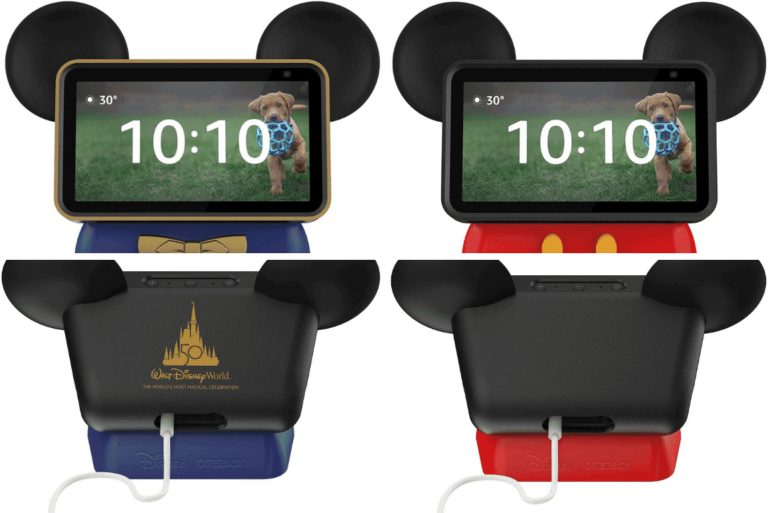 Disney has announced that its “Hey, Disney!” voice assistant is coming to Amazon Echo Show devices both on-property and at home. Amazon is selling two Echo Show 5 stands that will allow Disney fans to get the “Hey, Disney!” device look at home. Both 50th Anniversary and Mickey Mouse stands are available. The stands are made by Otterbox.

The base has Mickey’s gold bow tie.

The bezel is also in 50th anniversary gold.

On the back, we find the 50th anniversary logo as well as “The World’s Most Magical Celebration” text.

Disney and Otterbox logos appear on the back of the blue base. This stand is listed as “in stock soon.”

The Mickey Mouse stand looks identical to the one used in the “Hey, Disney!” promotional photos.

Mickey’s buttons are white; yellow was likely used to add an additional color to the design.

The red base has Disney and Otterbox logos on the back.