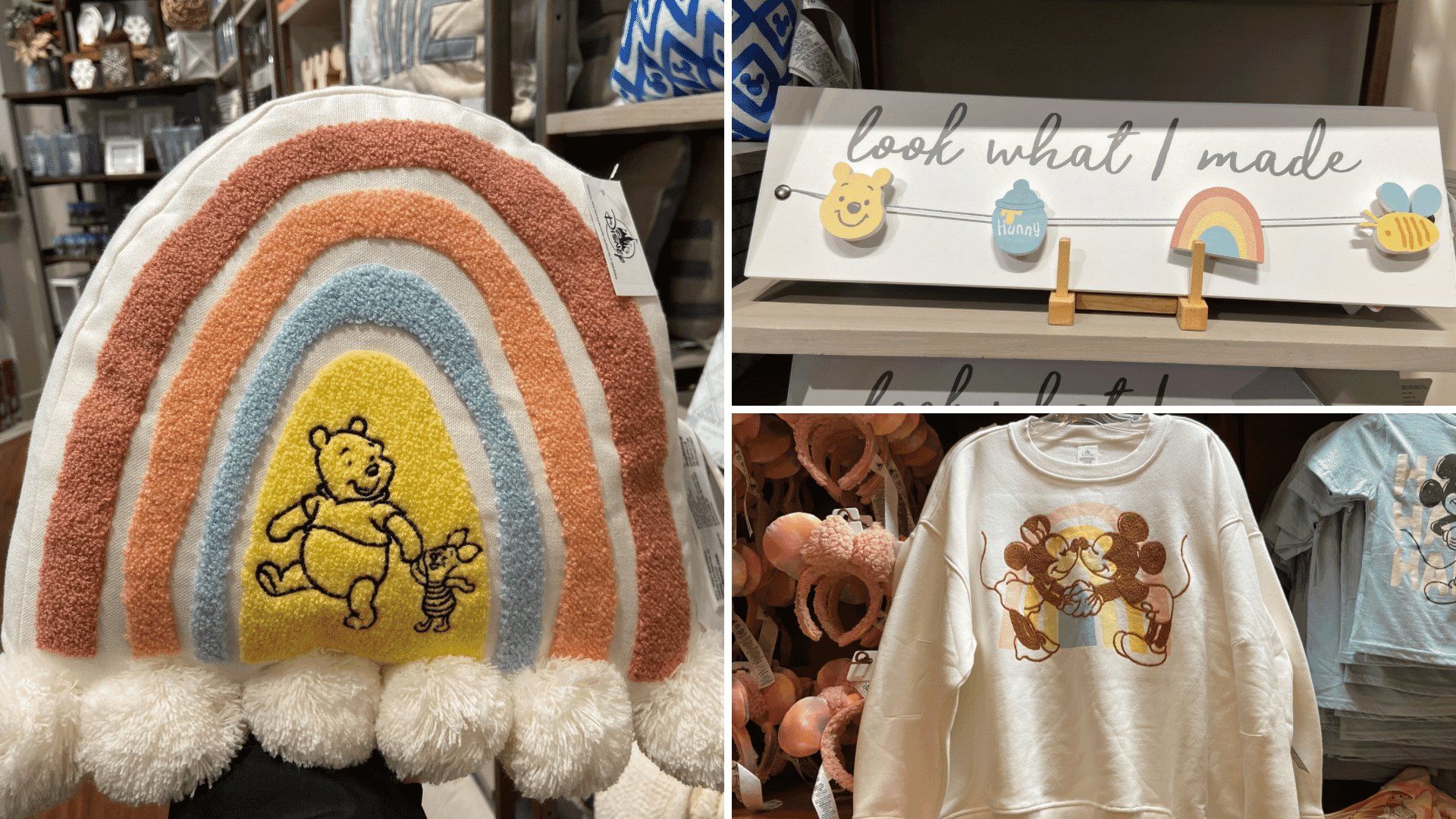 A new collection of rainbow Winnie the Pooh merchandise, a matching Mickey and Minnie sweater, and home decor are now available at Disneyland Resort. We found all of these items at Elias & Co. in Disney California Adventure, plus in Disney Home at Downtown Disney District.

This display board says “look what I made.”

The four clips on a wire are shaped like Winnie the Pooh’s face, a “hunny” pot, a rainbow, and a bee.

This rainbow-shaped pillow features Pooh bear and Piglet holding hands at the center.

“A snuggly sort of day” is embroidered on the other side, alongside Pooh and his name.

The bottom is lined with fuzzy pom-poms.

This set includes two storage bins: one with Winnie the Pooh’s face and the other covered with rainbows.

The rainbow one, which is slightly smaller, also has the faces of Pooh bear and friends.

This Mickey and Minnie sweater was alongside the Pooh bear home goods and also features a soft rainbow.

Mickey and Minnie are holding hands with their noses together in front of the rainbow.

Some of the same merchandise has been released at Walt Disney World.