Multiple songs from Disney’s “Encanto” have been making their way onto the Billboard Hot 100 chart. Now, “We Don’t Talk About Bruno” is tied for the top song from Walt Disney animation studios in the last 26 years.

“We Don’t Talk About Bruno” is now number 4 on the Billboard Hot 100, according to Collider. The last Disney Animation Studios song to reach number 4 was Elton John’s “Can You Feel the Love Tonight” From Disney’s “The Lion King.”

Vanessa Williams’ Colors of the Wind from “Pocahontas” also hit number 4 on the chart. If you’re wondering about “Let it Go” from “Frozen,” it only reached number 5.

Billboard’s statistics indicate that “We Don’t Talk about Bruno” is just getting started, with a 15% increase in listens and 29 million listens.

Did you love the music of Disney’s Encanto? Let us know in the comments. 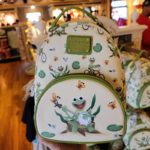 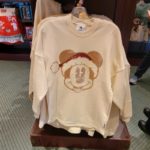