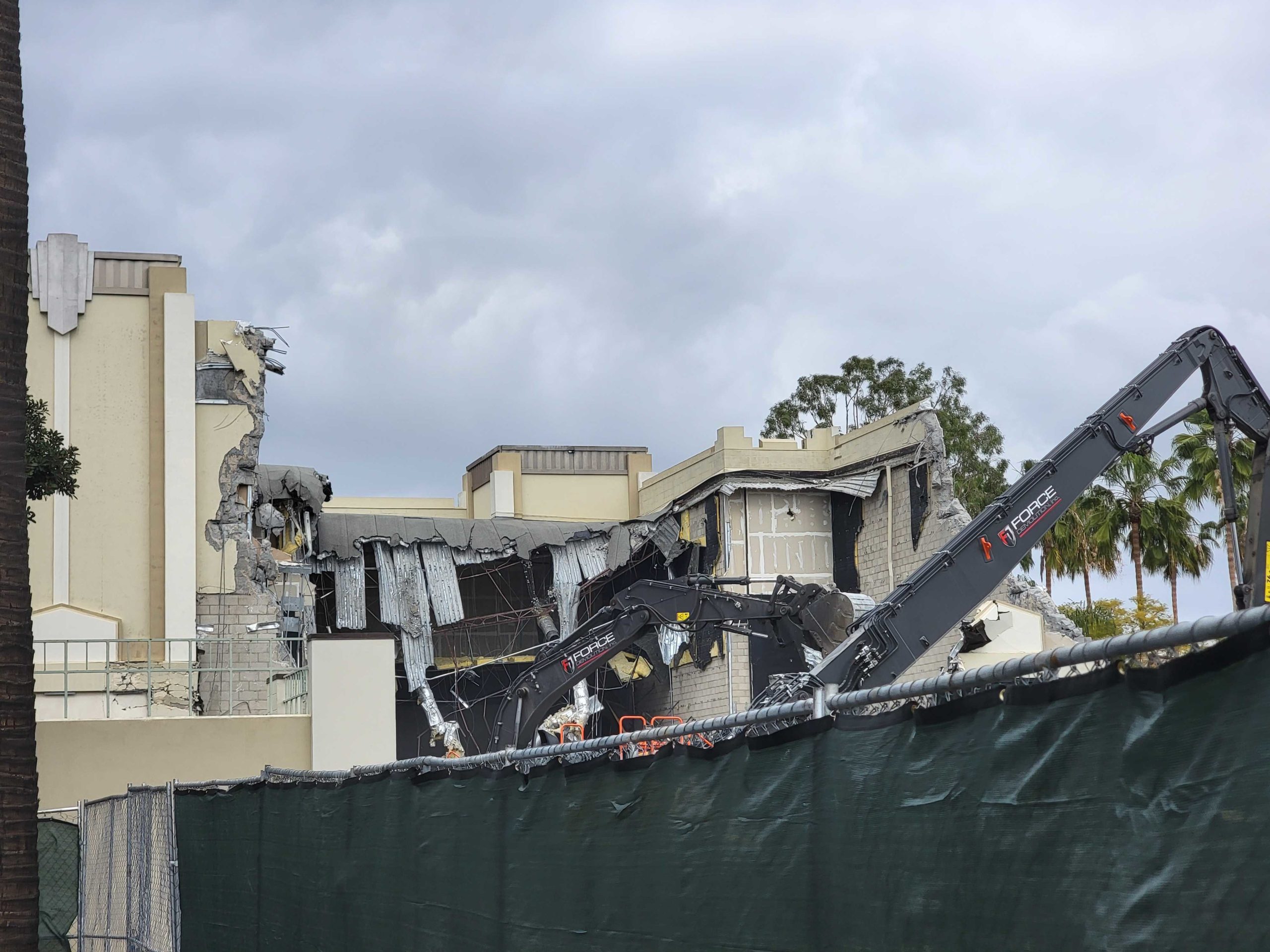 After the closure of several businesses in Downtown Disney District, construction has begun on the reimagining of the district’s west side. Walls were erected a few weeks ago, but not much work has been visible.

From inside Downtown Disney District, everything looks relatively normal. The edge of this awning has been stripped.

We could see a crane behind the buildings.

There are no more signs of the AMC Theater. “Celebrate Soulfully” artwork and signage decorate the colorful construction walls.

We went around to the parking lot of the Grand Californian Hotel and got a much better view of work.

Parts of this building are being demolished, with a whole corner ripped off.

From a closer angle, we could see two demolition vehicles.

Metal hangs from the roof where a wall once was.

Yellow foam from inside the walls is visible.

It’s a stark contrast to the other side of the buildings facing Downtown Disney District.

We spotted another crane sitting past this green scrim.

Pictured below is the concept art for the redesign of Downtown Disney District’s west side.

How do you feel about the changes coming to Downtown Disney District? Let us know in the comments.

Mickey Mouse: The Main Attraction Pirates of the Caribbean Pin Available on shopDisney