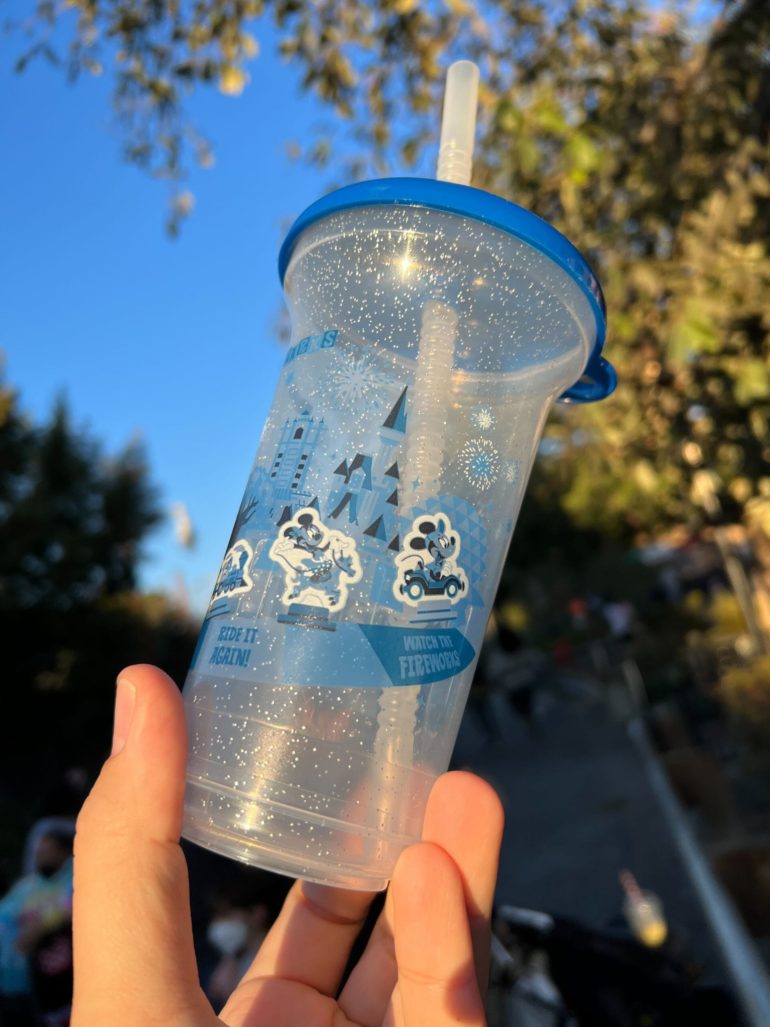 PHOTOS: New ‘Play in the Parks’ Slush Cup Debuts at the Disneyland Resort

The artwork on the sparkly cup comes from the “Play in the Parks” collection, which debuted last year, featuring characters in attraction vehicles on a game board in various shades of blue.

This will likely also appear at Walt Disney World, as the park icons in the background come from both resorts. Above, the Pixar Pal-A-Round from Disney California Adventure sits next to the Tree of Life from Disney’s Animal Kingdom.

Minnie Mouse rides a horse from the King Arthur Carrousel, while Mickey Mouse speeds by in a car from the Autopia.

Not far behind are Chip and Dale in a train from the Disneyland Railroad and Pluto in a vehicle from Dumbo the Flying Elephant.

Donald Duck pilots a craft straight out of the Jungle Cruise, while Goofy picks up the rear in a rocket from the Astro Orbitor.

The cup sells for $10.99. We found it at Serv-Ice next to Ramone’s House of Body Art in Cars Land at Disney California Adventure.

Will you be picking up this new slush cup on your next visit to the Disneyland Resort? Let us know in the comments below!