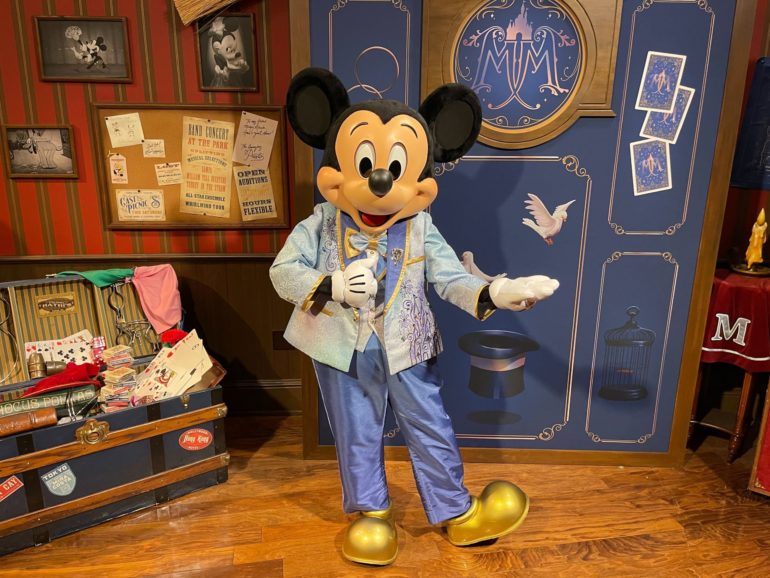 Standard character meet and greets are finally returning to Walt Disney World, Disneyland, Aulani, and the Disney Cruise Line. This means guests will once again be able to hug characters and pose next to them for photos.

Disney leadership has been alluding to this return and teased an announcement yesterday on TikTok. Only character “sightings” have been available for the past two years, with characters appearing at a distance, often behind a barrier, though still interacting with guests and posing for photos. Characters began to appear indoors again in late 2021.

Read the official press release below.

“As early as April 18, we will start reintroducing traditional character greetings at Disneyland and Walt Disney World Resorts, as well as aboard Disney Cruise Line and at Aulani Resort in Hawaii. Very soon, Guests will once again be able to hug Mickey Mouse, get an autograph from Mulan, and share a laugh with Goofy. We know many of you have missed these special moments, and your Disney character friends have missed you, too!

During the past two years, we’ve taken a very gradual, intentional approach to health and safety protocols. Recent trends and guidance have provided opportunities for us to bring back some of our most beloved magic, like character greetings and dining experiences. While not all locations will be available immediately, we anticipate reopening in phases throughout the spring and early summer.”