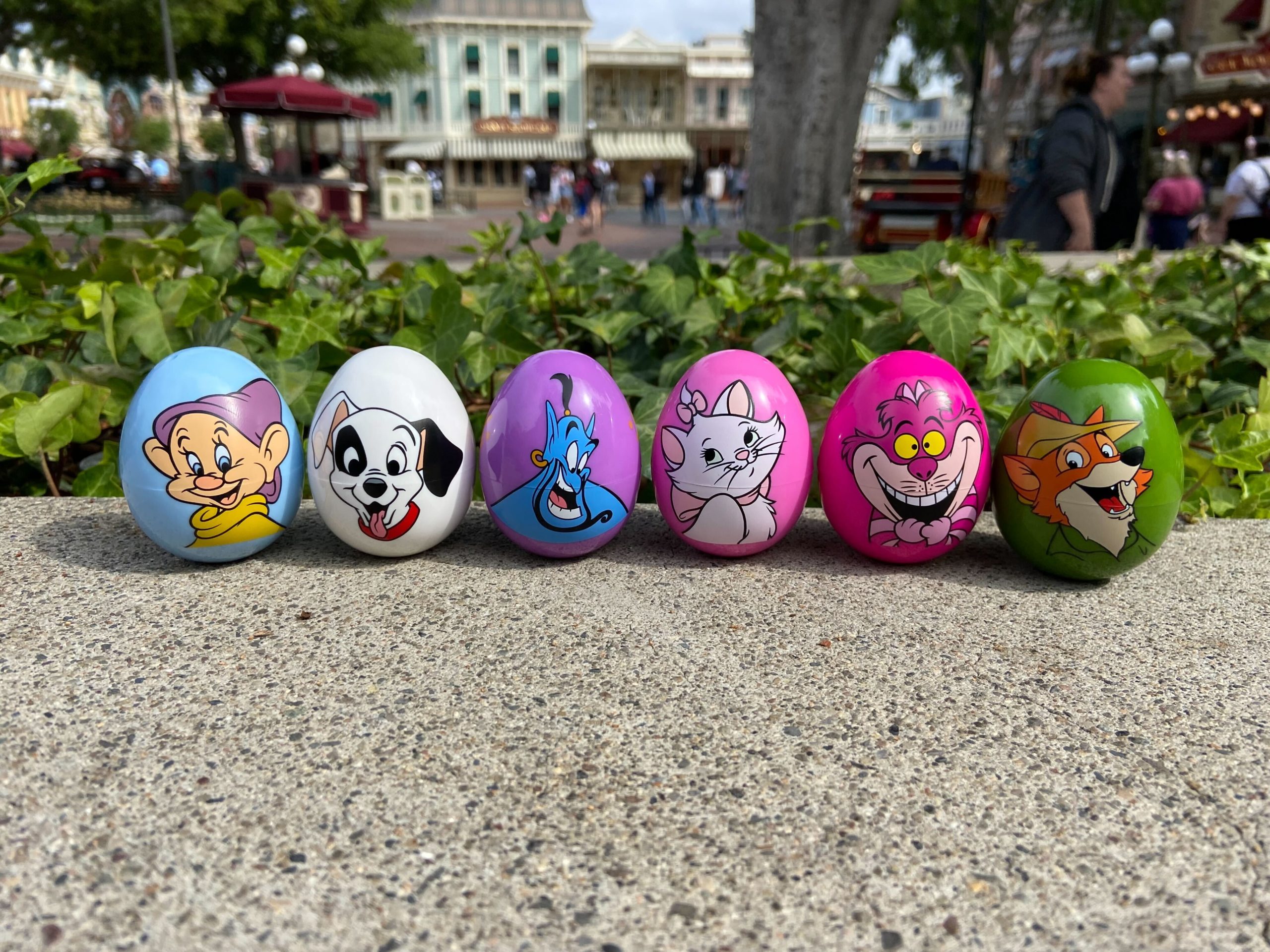 The Easter Bunny has hopped into The Happiest Place on Earth, and guests can get in on the hunt for eggs with the return of Eggstravaganza at Disneyland!

The map can be purchased at several locations around Disneyland, including:

Guests who purchase the map can place stickers of the twelve Easter eggs hidden around the park on the corresponding locations. Whether it’s completed or not, a collectable prize can be redeemed at Plaza Point on Main Street, U.S.A.

This year’s prize is a collectable egg featuring a classic Disney animated character. Each map can be redeemed for one of six eggs.

A table by Plaza Point where maps can be purchased and redeemed features art of all six eggs.

Let’s take a look at this year’s offerings!

Patch from “101 Dalmatians” appears on a white egg with black spots.

Dopey appears on a light blue egg patterned with diamonds.

If you’ve been wishing for an egg with the Genie’s face on it, it’s been granted!

Straight from Wonderland, the Cheshire Cat appears on a hot pink egg.

The elegant Marie appears on a pink egg.

And finally, Robin Hood hits the target on a green egg, complete with bullseyes.